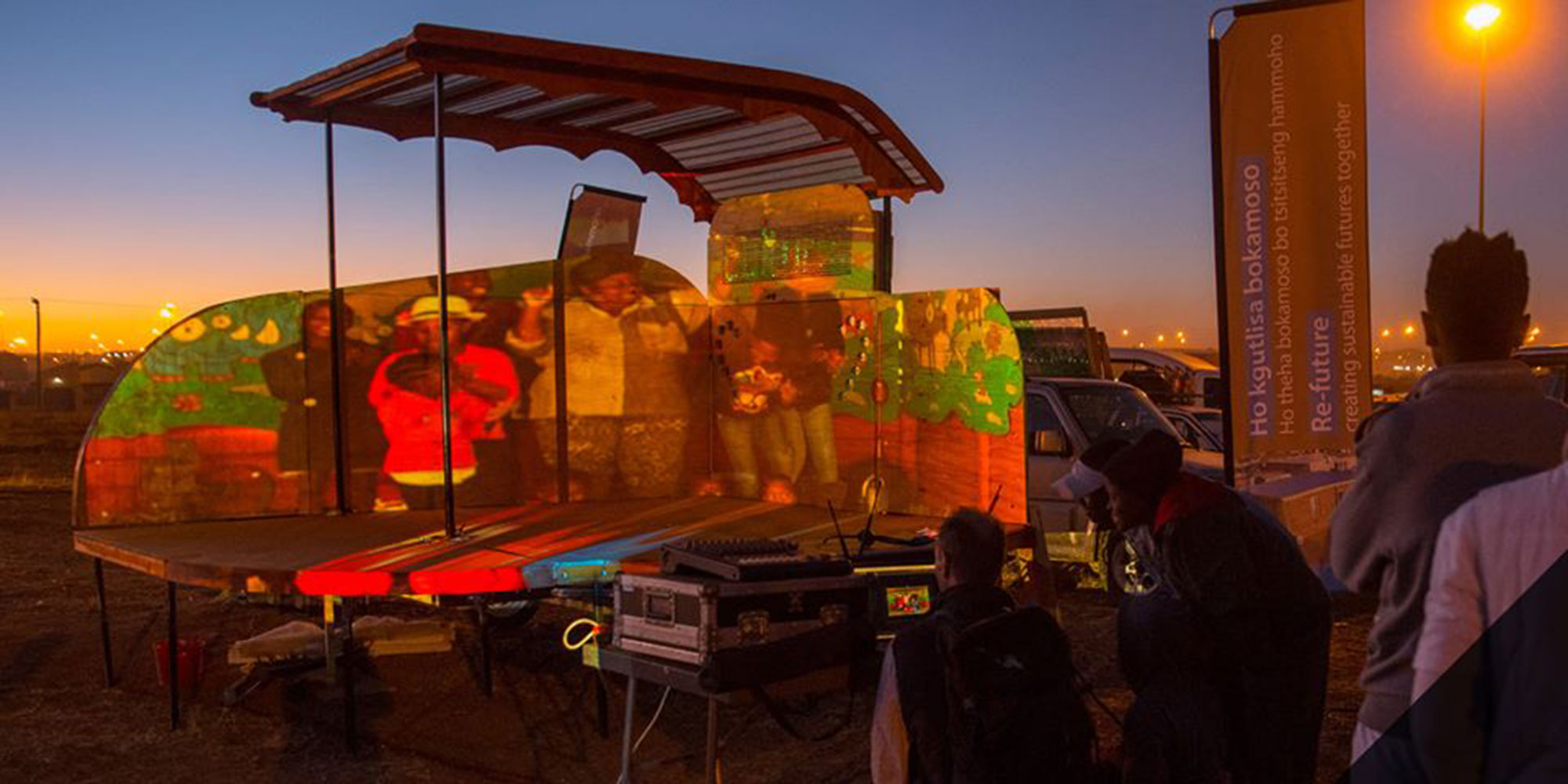 The Pan-African Telematic Art Project (PATAP) is a new initiative of the Vrystaat Arts Festival through the Pan-African Creative Exchange (PACE), in partnership with the Fak’ugesi African Digital Innovation Festival, Ars Electronica, and the University of the Free State’s Program for Innovation in Artform Development (PIAD), funded by the Embassy of the Netherlands in Pretoria and the Andrew W. Mellon Foundation. Two projects were selected to receive funding to experiment with new, interactive media arts projects, dealing with issues relevant to the continent.

Their projects not only show partnership development with other festivals and organisations essential for the delivery of the project, but also challenge the traditional relationship between active viewing subjects and passive art objects. In this combined interview, the selected artists provide a brief insight into their projects, the teams they are working with, as well as their motives and expectations for the projects, which they will be working on over the next two months.

mmmcollective is a temporary art collective consisting of four artists, each approaching their projects and processes from different professional perspectives. Noluthando Lobese (JHB) is an installation artist and award-winning stage, costume and production designer, with a preference for working with found materials such as thread, fabric and plastic to transform environments. Lindiwe Matshikiza (JHB) is a multidirectional artist working with writing, directing and performance in a variety of media and modes, using her background and training in theatre-making as a base from which to approach other kinds of work. Nicola Pilkington (CT) is a theatre-maker, filmmaker and educator interested in ‘conscious’ collaborations, forging ways to hybridize her storytelling skills on stage and screen simultaneously. Trained industrial design engineer and digital artist, Vanessa Lorenzo (LAU), creates hybrid media ecologies, embedding nature and the technologies that intertwine them, and critically engaging with technology to enable odd sympathies among species and foster post-anthropocentric futures.

mmmcollective devises work that incorporates their combined practices, merging at the boundary between digital technology and live art. Their process-led methodology prioritizes experimentation and the continuous development of a fluid, shared language with the aim of encouraging attitudes of generosity, playfulness and accessibility.

Louise Coetzer (ZA) – (b 1980, South Africa) is a choreographer working within the genres of site-specific performance creation, choreography for the stage, and dance film. Her works are experiential, experimental and innovative, and often have interdisciplinary collaboration at their core. She obtained a Bachelors Degree in Dance with Movement Composition as major from the Pretoria Technikon and is currently living and working in Cape Town. She is founder and artistic director of Darkroom Contemporary, a project-based dance theatre company formed as a vehicle to reimagine dance through its innovative approach to staging and presenting performance works. www.louisecoetzer.com (representing “deus::ex::machina – human geography in a virtual world”)

Artists part of the project deus::ex::machina
Marc Nicolson and Padraig Riley (ZA) – are part of “Thingking”, a designer-maker consultancy based in Cape Town. They focus on project based industrial design, often incorporating technology. They aim for all of their work to be playful, fun and interactive. They have worked with leading brands both locally and abroad to create real life wonder.

Oscar O’Ryan (ZA) – is a photographer and videographer specializing in capturing movement and dance as well as reportage style visual stories. He works with a range of theatre companies including The Baxter Theatre, The Cape Dance Company, Jazzart Dance Theatre, The Baxter Dance Festival, Infecting the City Festival, Dance For All, New Africa Theatre, and Skenkonst Sormland, capturing rehearsal, performance, marketing and studio photography. He has launched various personal projects which focus on storytelling through photo reportage and has shown solo exhibitions at Youngblood Gallery, Let There Be Light, City Hall and the Baxter Theatre Centre.
As videographer, Oscar has worked on numerous documentary films and travelled across the continent, filming Getaway to Africa for the BBC and Discovery Channel. Since turning his focus towards movement and theatre work, Oscar has created film work for the theatre productions I hit the ground running and Struck Silent, produced by the Baxter Theatre in collaboration with Skenkonst Sormland in Sweden.

The PATAP is generously supported by the Embassy of the Netherlands and The Andrew W. Mellon Foundation, through its support towards PIAD.