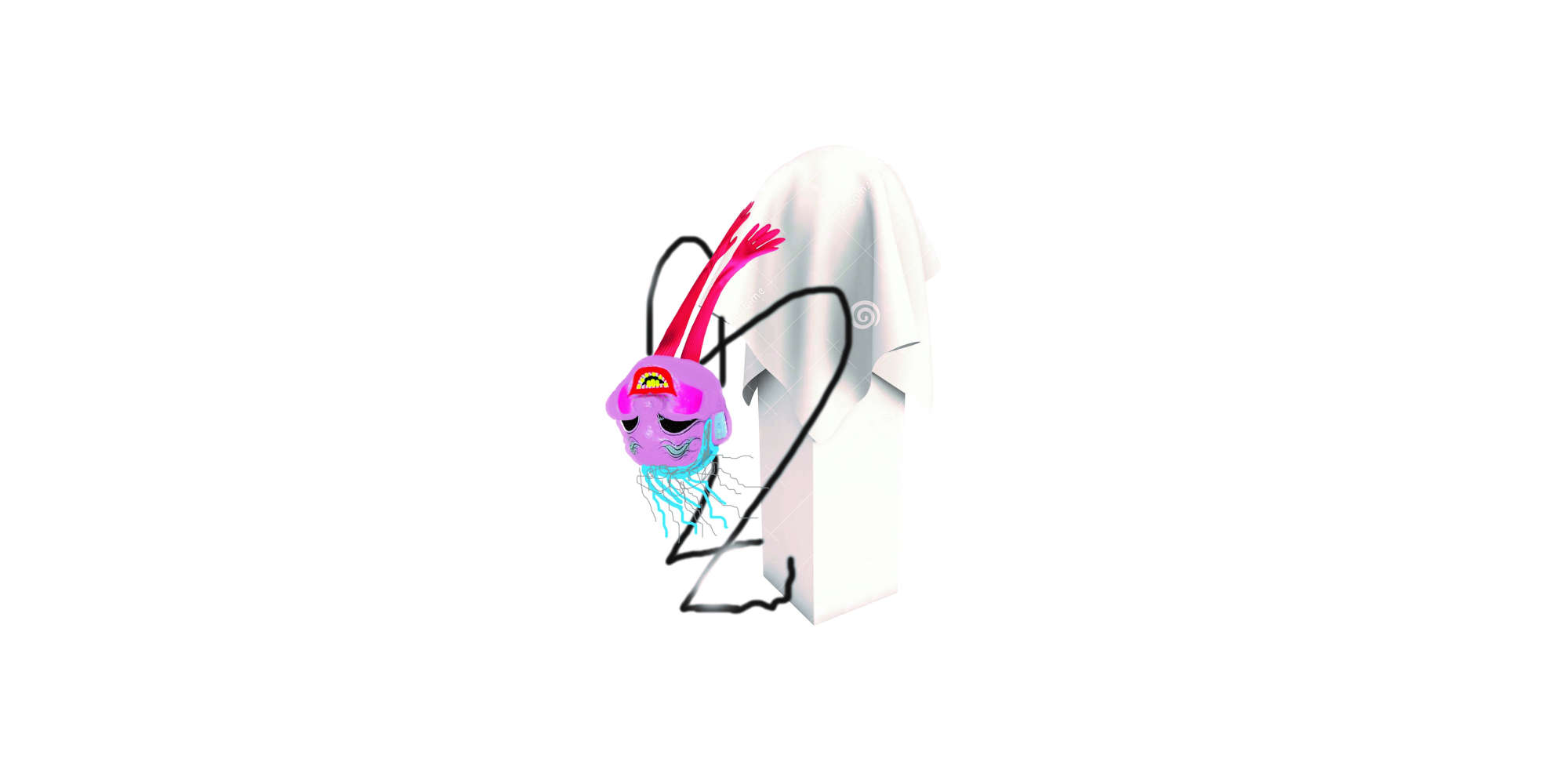 Within her body of work, Catherine Biocca frequently shapes environments that insinuate total autonomy from the viewer’s reality. It is almost as if, by visitation, we are actually intruding upon private property or a theater stage, interrupting the very happenings taking place. Her characters, often recognizable as anthropomorphized assemblages, are consistently active and presently conscious within their surroundings.

In Milky Seas, the viewer is instantly swept into an unpredictable narrative. We first chance upon a lively conversation we are not entirely sure we’re meant to hear. Within the gallery space, two candidly aging women, their figures made up of a variety of soft and solid materials, cackle and screech freely at each other for a time. Their exaggeratedly long limbs and wry facial expressions allude to a playful kind of jeering, joke-telling, or rousing of whomever comes within earshot. Not unlike an excited crowd yelling the slogans of their favorite sports team or politician, the two mimic aggressive battle cries and shouts, usually meant to intimidate one’s enemy or opponent. Their exchange is only disrupted by an impending sound; the approaching footsteps of an authority maybe ready to tread boldly into the scene, sullying the chalk-white floor with their hefty boots. Anxiety draws nearer—where can these two conspicuous mascots possibly hide? Not far, nestled upon a modest hill, a humanoid, house-like sculpture breathes quietly, if anxiously. Meek and vulnerable, crooning sounds escape it. Perhaps it also does not want to draw attention from the looming ascendant.

Milky Seas explores and challenges the inside/outside barriers of perception between subject and object. Once in-situ, the viewer is no longer in possession of a passive, watchful gaze, but becomes integrated into the story as a kind of collective consciousness that slips and weaves itself through the gallery space. 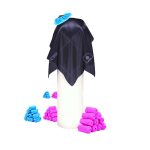 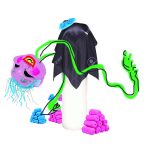 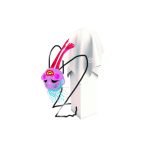 Catherine Biocca (born 1984, IT) lives and works in Berlin. After studying political science in Rome she studied fine arts with Georg Herold at the Kunstakademie Düsseldorf. In 2014, Biocca spent a residency at the Rijksakademie van beeldende kunsten in Amsterdam. Past solo exhibitions include ”You’re Hired,” Villa della Rose, Bologna, IT (2019); ”Complexity Cost,” Greengrassi, London, UK (2019); ”Ancient Workers,” Kunstfort Vijhuizen, NL (2018) and ”Bonsai Feeling,” Kunstverein Nürnberg, DE (2017). Her work has been featured in several group exhibitions, such as Camouflage, LOK Kunstmuseum St-Gallen, CH (2019); Djima, GAK Bremen, D (2017); or the 3rd Ural Industrial Biennial of Contemporary Art, Yekaterinburg, RU (2015). In 2017, Biocca received the Hans-Purrmann Promotional Award for Fine Art by the city of Speyer, and in 2016, she was the recipient of the STRABAG Artaward International.

PSM is a contemporary art gallery in Berlin. It was opened in September 2008 by Sabine Schmidt to provide a platform for novel and experimental international artists. ‘The name and logo of the gallery relate to my grandfather, Paul Schmidt, who founded a machine production factory, PSM (Paul Schmidt Maschinenfabrik), after World War II.

True to the industrial inspiration of my childhood, I love to host large-scale, atmospheric exhibitions that encourage the viewer participation or allow them to feel like they are a part of the show. The very first gallery space I chose was an old truck garage close to Alexanderplatz. It’s brutal aesthetics and it’s low rental costs allowed me to experiment with conceptual mixed-media art, often with an emphasis on three-dimensional and performance-based works.

The gallery program was build careful and grew organic over the years by choosing artists positions, which felt fresh and new to me as a trained art historian. In 2020, we were happy to announce our friend Gregor Hose joined us as a partner, amplifying our PSM group with his great humor and wide knowledge.’

PSM stands for a community of committed people of international, intercultural, interdisciplinary, diverse background working in all media, who push the boundaries of what it means to address and engage the art viewing public in their physical or mental space. We are proud of each and every show we have done with any artist presenting with us, have they chosen to work continuously with us or to move on to further projects. Therefore, you will not only find a list of artists represented by us but a list of all solo shows of the past 11 years on our website but a list of all solo shows ever happening at PSM. This spirit is continued in our commitment to regional and international art fairs.

The year 2020 began with a Big Bang, one that demanded the art industry pivot away from its established codes of conduct, immediately, as a matter of sheer survival. From the exchange of courtesies, to remote work structures, and to the reorganization of public and private spaces – old customs required immediate redesign in response to the crisis. As a result, the online space gained even more significance as the only platform for business and commercial transactions, affecting even the art industry and its age-old reliance on in-person interaction. However, across the art industry’s network of galleries, artists, institutions, auction houses, and biennials, the speed of adaptation, the ability to process the ongoing iterations and to find a customized response has varied dramatically.

2020 – finally digital?! is composed of three sections: a conference, invited curatorial projects, and digital gallery showcases. The conference will feature notable members of the art industry and their assessments of the art world’s digitization progress over the past year. The second section invites curators to report back from their communities on emerging positions that are acute right now. The third section amplifies galleries, which are the backbone of the art industry. 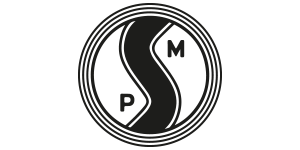