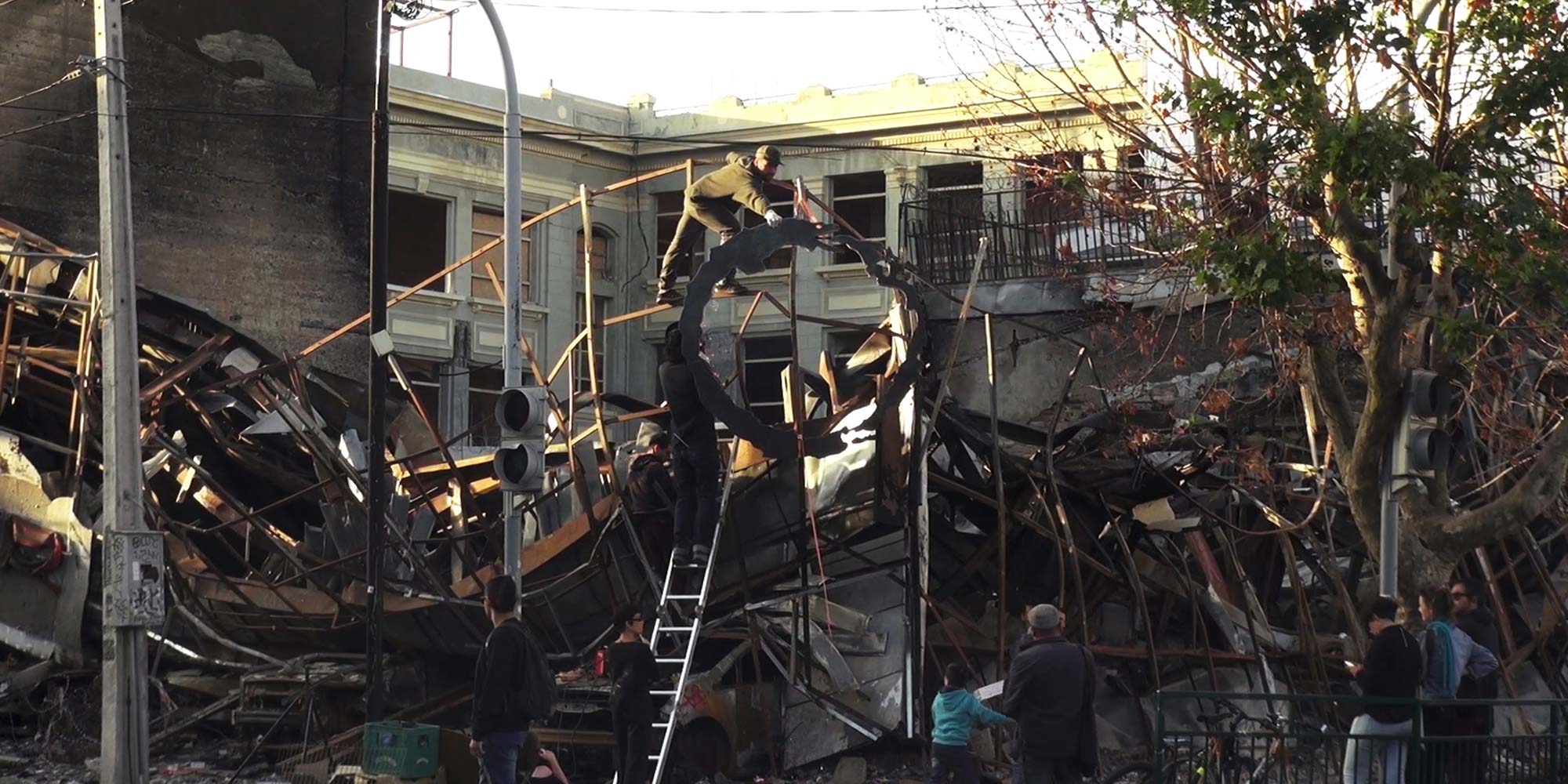 A documentary-essay film of an art-action made in Valparaíso, Chile, in December 2019. The country had risen without return against a ruthless neoliberal economy. On a ruin of irons, a metaphor about the ending of modernity, this small art-action makes a conjuration with the installation of a symbol that sentences a destiny of justice and equality. Through the film we can appreciate the city, a myth of Latin America, marked by the historical political movement of the people.