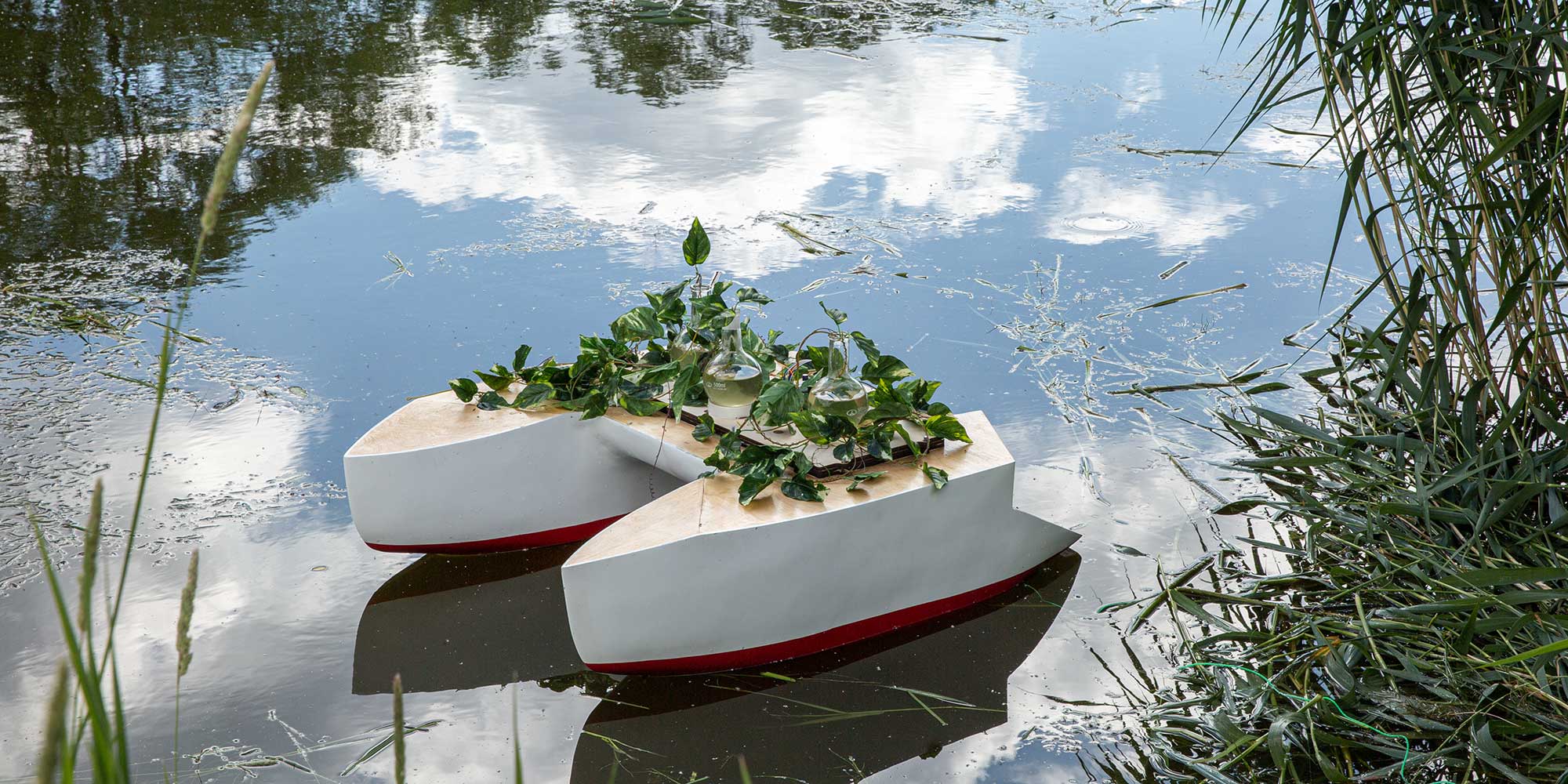 Saint-Petersburg is a city built on swamps and full of water. We don’t have much greenery rooted in soil, but we do have underwater “gardens” (microbiome of Neva, Fontanka, Krukov Kanal, etc.) and deeply layered swamp life in the city’s depth. This path will lead us through water nomadic gardens of the city and its outskirts. It will be a site-specific artistic boat-trip that collaborated with boat-drones whose task is to collect eco-data.

Water shapes and constructs the city of St.-Petersburg, it determines its climate, colors, street system and architecture. We are accustomed to seeing water as a surface, but water has a depth within which underwater gardens grow; humidity impregnated our lungs through breaths and sighs; water largely determines the quality and duration of our life; water sets the rhythm and prescribes the mythology of this city.

The main event during wandering gardens is the aquatic journey undertaken by artists, scientists and curators on the Neva river on a boat that will sail during the third day of the festival, covered in plants, offering readings and performances through the city of Saint-Petersburg.

The voyage is accompanied by aquatic and air drones, the first ones will collect information of the composition and pollution of the river; the second ones will store aerial documentation of the expedition. Such agents are autonomous and semi-autonomous machines, as well as humans, plants and other non-human agents, equipped with a variety of sensors and devices connected to an open network in real time.

The main value of our expedition is to share, which implies the revision of social and environmental contracts between people and non-humans, the search for new forms of interaction. During the journey, people, online-visitors and machines will seek forms of interaction with each other and with the aquatic ecosystem, the structural framework of the city.