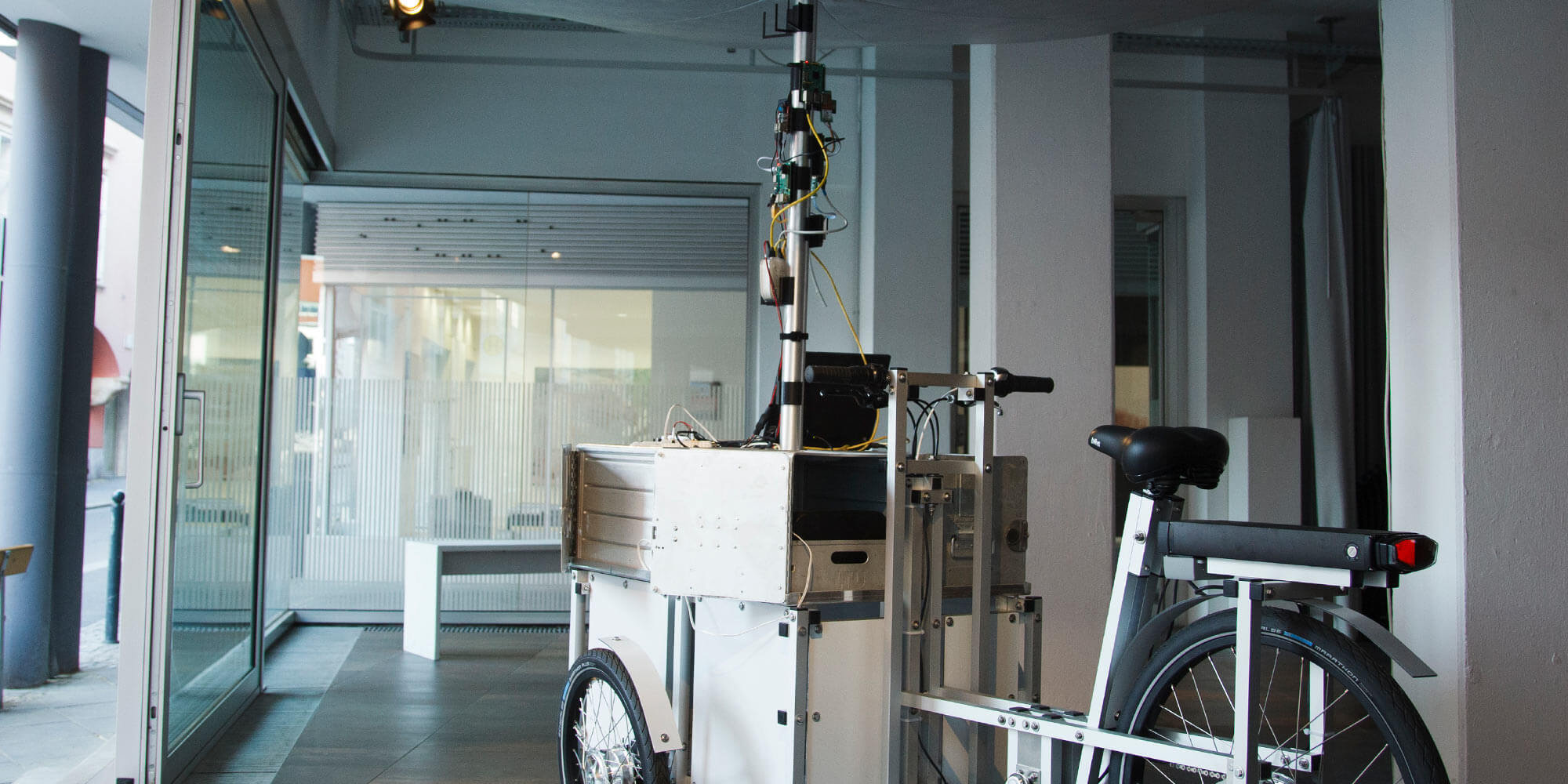 Social realities, together with online streaming technologies and digital broadcasting formats on the Internet, change how we interact with the medium. Radio is no longer bound up with the idea of a physical device but – much like other technologies – has become mobile, personalised and wearable, as reflected in the large number of Internet radio stations and podcast platforms, and also explored as a theme in theoretical perspectives on radio art.

Radio art is seen as a hybrid field within media art in which various media, approaches, aesthetics and perceptual attitudes converge. Thus radio, like today’s human, is becoming a cyborg, a creature that combines heterogeneous technologies and realities in one body: 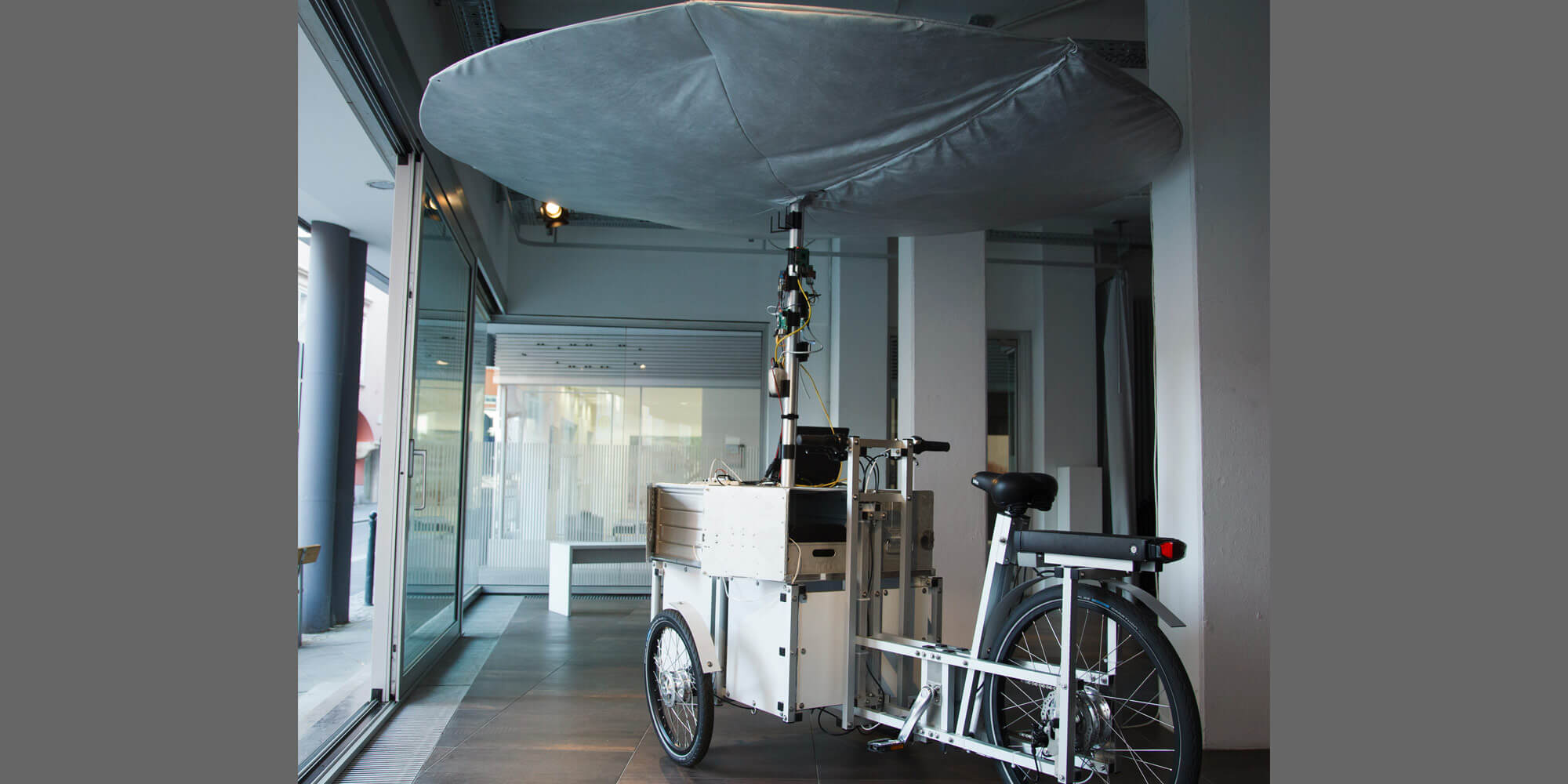 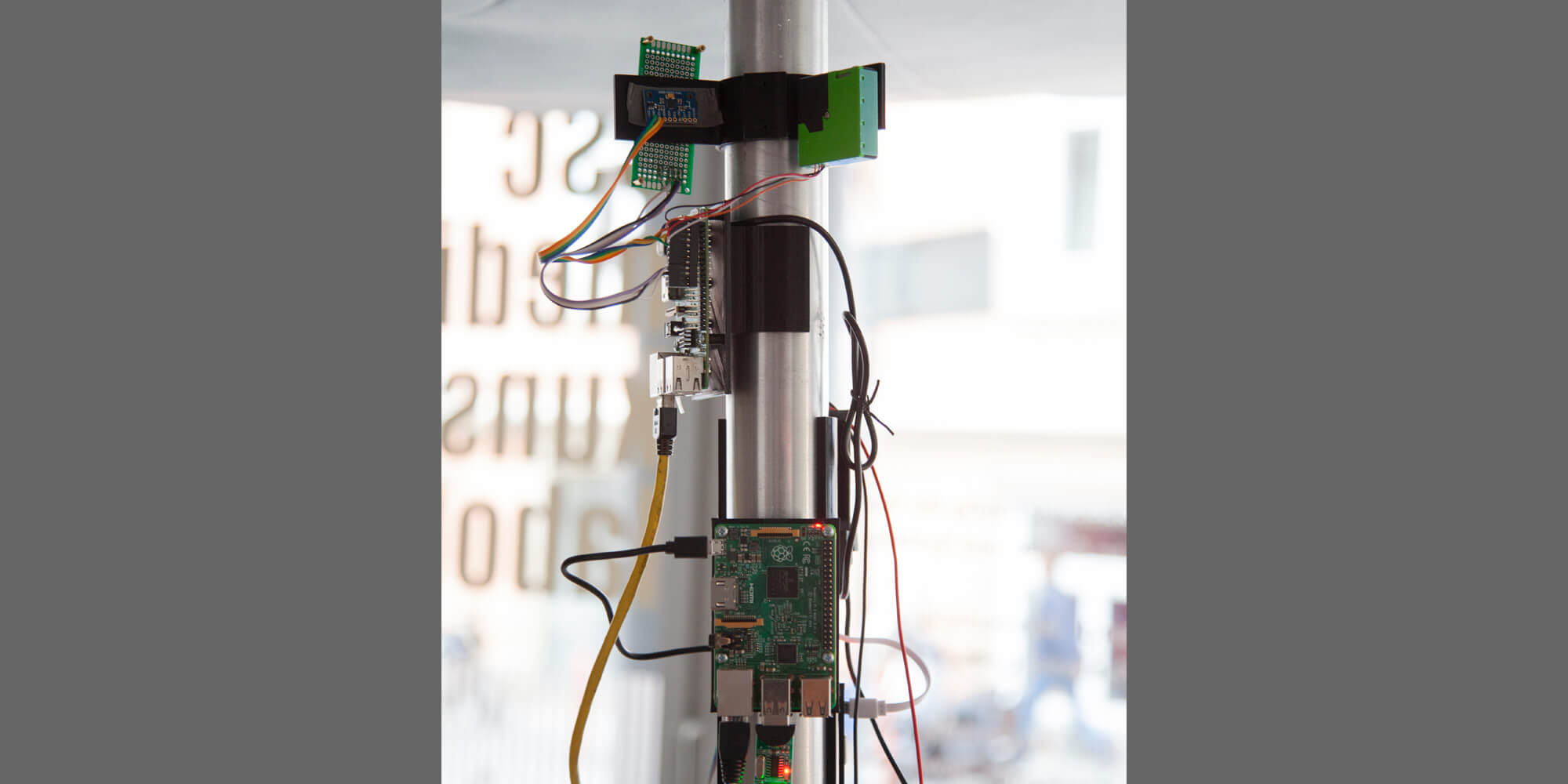 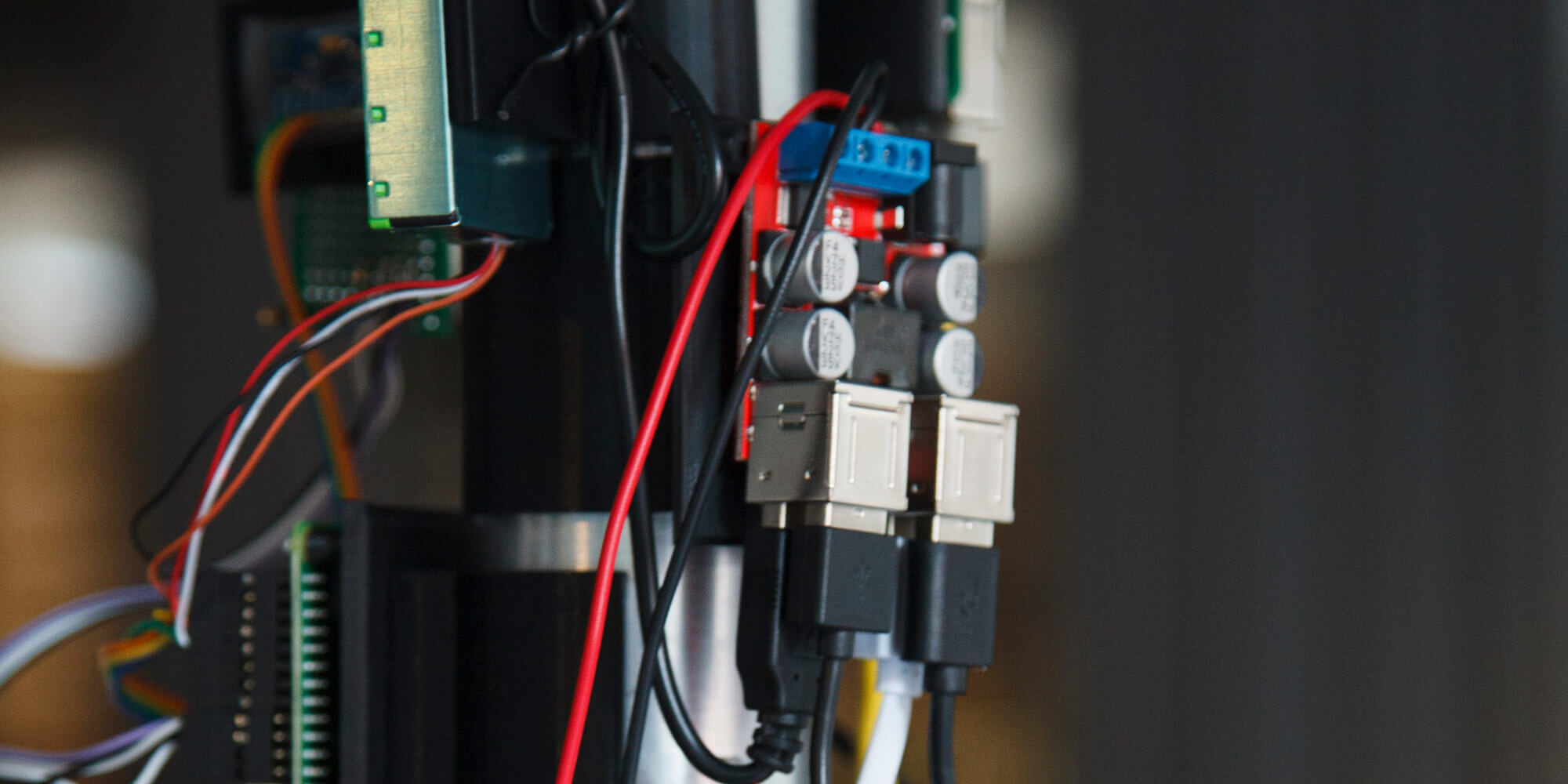 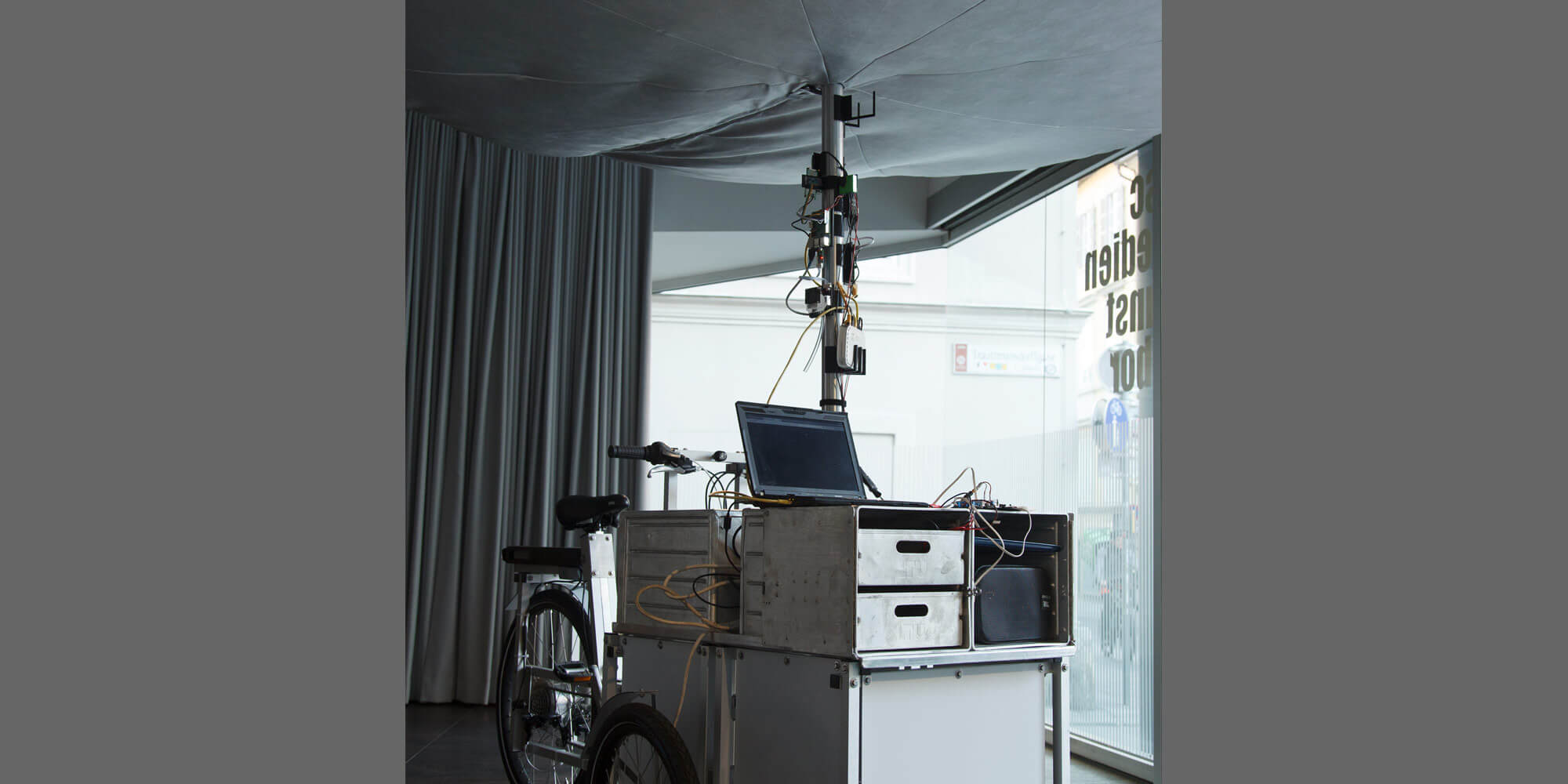 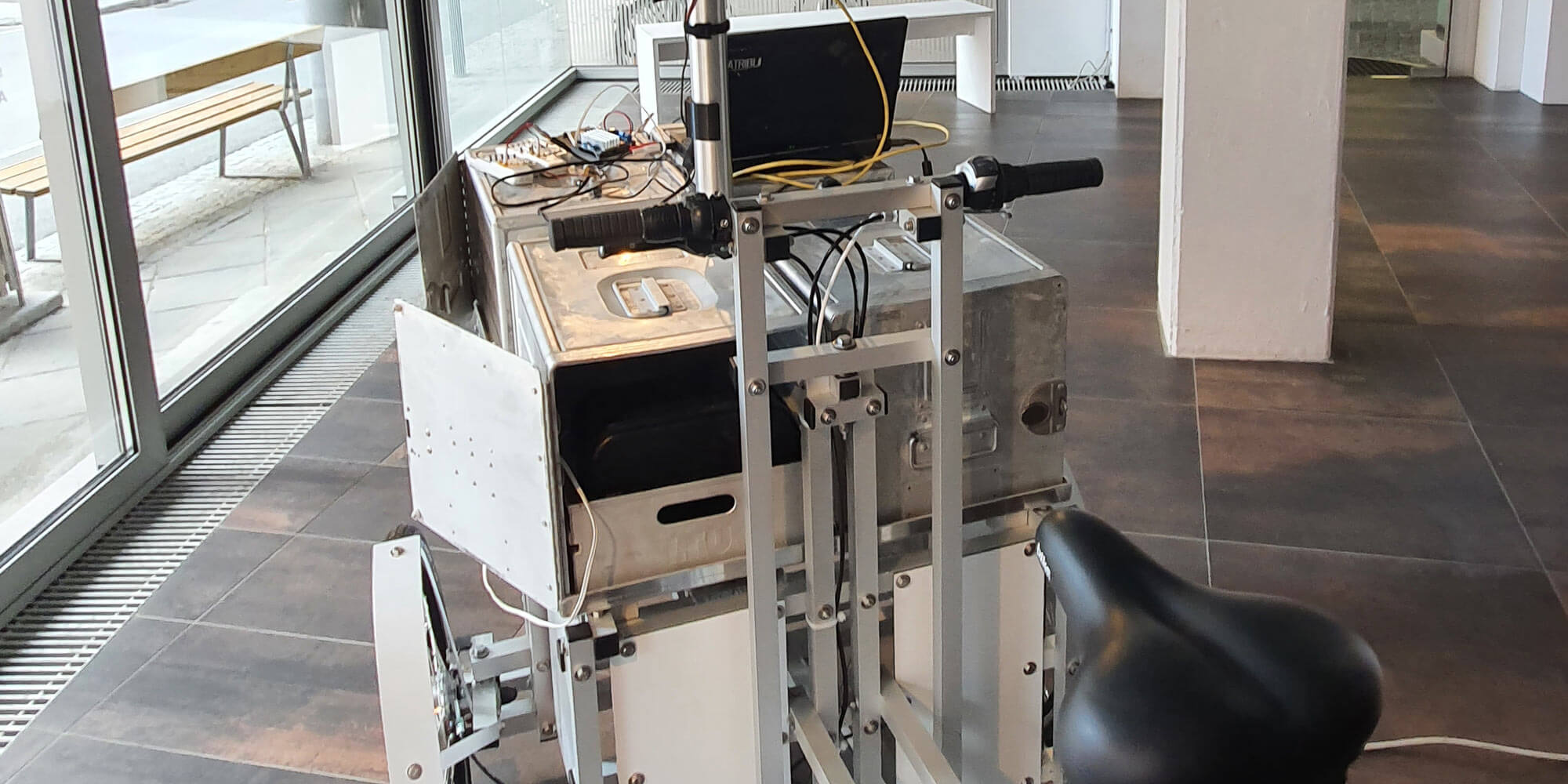 The project RADIO CYBORGS expands on this kind of hybrid radio as part of public (urban) space and investigates the concrete possibilities that emerge for the urban space of Graz. The project involves, on the one hand, the construction and design of an independent infrastructure as a space of realisation and opportunity, in which the transmission and reception of radio in and from public space can be operated on a wireless and mobile basis – installed on a cargo bike as a Radiocycle. On the other hand, radio artists and theorists will receive commissions to develop – with the help of this infrastructure – new ways, possibilities, art forms and approaches: what does radio mean today for people, in a society that is defined by increasing global mobility (for some), and yet also by growing media monopolies? What role do our acoustic environments play for our self-perception as individuals, as a group, as part of a city?

Based on the sound worlds of the Radio Cyborg Transmitter, a new piece is created through the sound-generating apparatuses (sensors), in the course of which our perception is challenged and sensitised at the same time.
The Radio Cyborg Transmitter uses Geiger counters and other sensors to record emission alues such as temperature, humidity, radiation (UV radiation, electromagnetic waves) and fine dust. The live measured data is converted into sound, a constantly changing soundscape is created – the performance space becomes audible.

Reni Hofmüller (AT): Reni Hofmüller is a media artist who focuses on art in technological contexts. and explores the relationships between art, technology and society. Sound has long been her most important artistic tool. She is one of the founders of esc mkl, works for Radio Helsinki (the non-commercial radio in Graz), mur.at, is a member of IMA and has been singing in the feminist post-punk band Lonesome Hot Dudes since December 2014. Lonesome Hot Dudes. Embedded in feminist technology collectives, she is involved in the ecletic tech carnival. she is involved in the ecletic tech carnival, the TransHackFeminist Meeting and deals with concepts of concepts of feminist servers.
Ilse Weber (AT): Her work as a project organiser began in 1987 at steirischer herbst. 1993 she founded the esc medien kunst labor together with artists and art organisers. The art and culture organiser was a founding member as well as a long-standing member and spokeswoman of the IG Kultur Steiermark interest group and member and chairwoman of the Provincial Cultural Advisory Council of Styria. Afterwards, she was a co-founder of the evaluation commission of the province, thqat was responsible, for example, for the first awarding of medium-term funding contracts and for a new art and culture arts and culture promotion law. She is currently on the board and managing director of esc medien kunst labor. She also works as an art and culture manager in project development and in art and cultural institutions, event organisers and festivals; she is part of various advisory boards and consultative groups.
esc medien kunst labor (AT): The central task of esc medien kunst labor is the production of art. The focus is on artistic processes that investigate and deal with new technologies and their effects on social developments. The artistic activities of the esc medien kunst labor are determined by the fact that art is understood as a subsystem of social and societal reality; the media-specific aspect is derived from the designation of this reality through new cultural technologies, new media. The art and cultural initiative esc medien kunst labor not only plays a special role as a place of coherent art production, but also takes a different approach to supporting this production. Over the years, a specific form of collaboration has evolved whose aim is to directly influence the developing works by instigating dynamic processes of exchange and Creation. The programme at esc medien kunst labor correlates to artists’ interests as well as current research projects undertaken by scientists and theorists, and so at a very early stage broaches topics that will later on be taken up by a larger public in the media, on the Internet, in art and cultural institutions, etc. Across 27 years of programmes, the esc medien kunst labor has worked with over 1400 artists and realized over 200 in-house productions as well as 180 co-productions. https://esc.mur.at esc medien kunst labor is directed by Reni Hofmüller and Ilse Weber.

The Radio Cyborg Transmitter was realised within the framework of Graz Kulturjahr 2020.