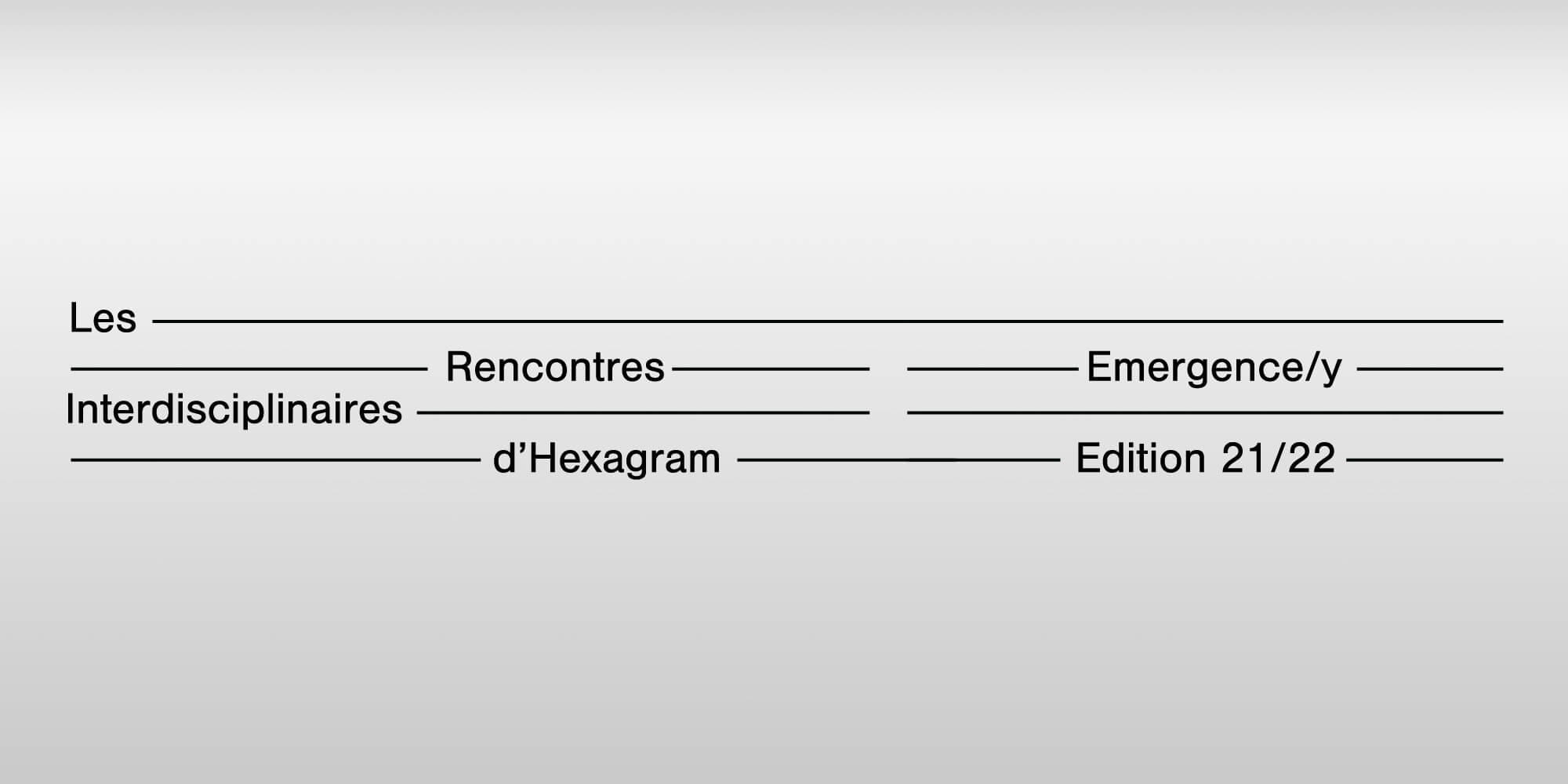 Umwelten
\“\“Umwelten\“\“ as a research creation project invites a human, a Mimosa Pudica (or touch-me-not) plant, and an ML (machine learning) algorithm to interface with one another in the same physical space (but with different umwelts). As the human types on the screen, the typography (color, font size, and spacing between the letters) dynamically evolves based on the typing speed of the human. Meanwhile, a camera pointing to the plant captures images of the plant frame by frame, sending it to an ML model trained on the image data set of the plant – classifying the plant into two categories (closed or open) with respective probabilities. While the leaves of the plant are susceptible to close or open depending on an external stimuli (sunlight or human touch), the probabilities of the classification algorithm again influence the typography on the screen thus generating a confusing typography acting as an interplay between human and more than human sentience – an interplay seen as an exchange of signs between a human, an ML algorithm, and a plant while they re-question the decided futures by negotiating and reformulating their relationships by pulling themselves back to the ontological question of being V. becoming.

GAMERella 2021
GAMERella is a research-creation project launched at the TAG Research Centre in 2013, aimed at counterbalancing toxicity and discrimination in the games industry. It is an inclusive, gentle and free game jam series oriented towards women and people from communities traditionally under-represented within the games industry and academia. Over its lifetime, it has had over 1000 participants from 30+ countries. Intrinsic to GAMERella’s ethos is intersectionality: from what tools are made available, to support for participants (prior, during, and aftercare), to how learning is understood, to the themes that feature in the games themselves. GAMERella also seeks to alleviate factors that might interfere with people’s abilities to participate: whether this be meals, childcare, accessible spaces, or social anxiety. In this video, we present the intersectional objectives of GAMERella and how it responds to inequalities of the games industry. We showcase a selection of 6 prize-winning games that were completed during the recent GAMERella Global event, featuring commentary and introductions from makers of the completed games. We close by sharing changes we have witnessed as a result of GAMERella, and reflect on how to support game making in light of intersectionality.

CLOUD BODIES
Cloud Bodies is a 6dof VR, real-time immersive experience using the volumetric capture of dancers merging with the point clouds of photo-scanned landscapes. The topography of bodies morph with topography of the natural world. Geometric metadata gathered from real environments are processed into point clouds, which are then reconstructed into virtual environments. A similar process of volumetric capture records the movement of bodies in x-y-z space. The use of photo-scanning to generate 3D virtual environments signals a hyper-archive of the future that re-imagine how we capture and document our surroundings to tell stories through the digital medium. Playing with scale and perspective, CLOUD BODIES imagines the body in synergy with landscape. What is the body’s relationship to these virtual and physical spaces? What new embodied experiences can we simulate using these new technologies? The work is a 6dof VR experience running on HTC VIVE and created in Unity. Previously presented at: MUTEK Montreal 20 (2019), Digital Transformation Art Summit Banff Art (2019), Délégation générale du Québec à Mexico (2020)

SCALABILITÉ
\“Scalability\“ is a conceptual audio exploration of fractal mathematical landscapes. The project is a series of music-videos taking fractals as real cosmos. These universes are seen through the computational eyes of our software and musical machines. We reproduce forms of the living, speculative universes on which the ear can project sonic fictions. In our research the fractal becomes a vector of speculative fiction turned towards a negentropic imaginary of \“soft\“ psychedelic, feminist, cybernetic, ecological and post-digital science fiction, openly glitch in the sense that Kim Cascone defines it in his article \“The Aesthetics of Failure: \“Post-Digital Tendencies in Contemporary Computer Music\“ (2000). The universe created is inspired by the meta-narrative concept of sonic fiction (Kodwo Eshun) and scientific myths in the context of contemporary electronic visual music. The audio-visual language created disengages from the gravitational pull of narrativeness and flirts with poetry, mutant textures, mixillogics and these shifts towards more obscure meta-narratives. Pierre Schaeffer’s reduced listening, Hyde’s visual suspension, Michel Chion’s writings on audio-vision, or Don Ihde’s phenomenology are important methodologies when it comes to studying sound in images. Scalability video music is a research station for sonic and speculative writing, sonification of visual experiences through improvisation, programming, musical composition and live electronic performance.

Wenn Sie den Inhalt starten, sind Sie damit einverstanden, dass Daten an www.youtube.com übermittelt werden.Datenschutzerklärung
Joe Zeph Thibodeau: Joe (Zeph) Thibodeau is a PhD student and multimedia artist-researcher exploring the relationships between machines and humans. Situated between the fields of robotics, interface design, sensory art and anthropology, Zeph seeks to challenge and improve the way we relate to our nonhuman colleagues.
Marc-André Cossette: Marc-André Cossette is a Canadian trans-disciplinary artist working on the relation between technology and performing arts using sound, visual, and interaction design. Marc-André holds a BA in Interactive Media and a Master’s in Experimental Media (UQAM). He is now pursuing a PhD program at Concordia University in which he explores the use of Artificial Intelligence and Artificial Life algorithms to create generative dance performances. In addition to his research-creation practice, Marc-André has collaborated with several artists as a sound, visual, interaction, and stage designer. He is also the co-creator and co-host of the REC podcast series on research-creation produced in collaboration with CHOQ.fm and the Hexagram Network.
Alexandre Saunier: Alexandre Saunier is a inter-disciplinary artist who works at the intersection between light, video, autonomous systems, and sensory perception. He holds a master in sound design from the ENS Louis Lumière (Paris), and participated in research in robotic design and interactive lighting at the ENS Arts Décoratifs (Paris). He is now pursuing a research-creation PhD program at Concordia University in which he develops the concept of “performative lighting” at the intersection between lighting design, media arts, and Complex System theory. His artistic work and academic research has been presented and published in various international venues such as Mutek, Ars Electronica, Impakt Festival, MuffatHalle, Bcn_llum, Toronto’s Nuit Blanche, or Media Art History.
Ceyda Yolgormez: Ceyda Yolgormez is a PhD candidate in Sociology at Concordia University, and is part of the Machine Agencies research group at Milieux Institute. Her work focuses on new forms of social relations pertaining to sustained interactions with AI systems, and develops sociological tools to better conceive the machinized nature of contemporary reality.
Evan Hile: Evan Hile is a Master’s student in Sociology at Concordia University and the coordinator of the Speculative Life Research Cluster at Milieux Institute. He is currently studying the unfolding cultural consequences of smart building surveillance and algorithmic intervention in public spaces. His research interests are social theory, speculative futures, and critical data studies. David Jhave Johnston is a digital-poet writing in emergent domains: A.I., 3D, VR, and code. Author-programmer of the multimedia human + A.I. writing art-project ReRites (Anteism Books, 2019), the theoretical-history Aesthetic Animism: Digital Poetry’s Ontological Implications (MIT Press, 2016), and many online interactive literary works at www.glia.ca
Sofian Audry: Sofian Audry is an artist, scholar, Professor of Interactive Media within the School of Media at the University of Quebec in Montreal (UQAM) and co-director of the Hexagram international network for research-creation in art, cultures and technologies. Their work is inspired from artificial intelligence, artificial life, biology and cognitive sciences. Their computational artistic practice branches through multiple media including robotics, interactive installations, immersive environments, physical computing interventions, internet art, and electronic literature. Audry is the author of the upcoming book Art in the Age of Machine Learning (MIT Press).
Ionat Zurr: Dr Ionat Zurr is an artist, curator, researcher and academic coordinator of SymbioticA. An award winning artist and researcher, Zurr formed, together with Oron Catts, the Tissue Culture and Art Project. She has been an artist in residence in the School of Anatomy and Human Biology since 1996 and was central to the establishment of SymbioticA in 2000. Zurr, who received her PhD titled ‘Growing Semi-Living Art’ from the Faculty of Architecture, Landscape and Visual Arts, is a core researcher and academic co-ordinator at SymbioticA. She is considered a pioneer in the field of biological arts and her work has been exhibited internationally.
Cynthia Noury: Cynthia Noury is pursuing a doctorate in research-creation communication (UQAM) dedicated to media street interviewing. She explores the issues related to this practice from both a theoretical and a creative perspective, notably through a series of experimental radio performances. She has collaborated on several international projects and research groups on research-creation and is also a lecturer at UQAM’s École des médias.
Paloma Leyton: Paloma Leyton is a Ph.D. student in research-creation (UQAM/UNIBO), whose project focuses on the roles that gravity management and identity construction play in the movement of the body in suspension. Her background blends art-based approaches to creation, research and education in both visual arts and aerial practices, in different contexts (international institutions, companies around the world, local education systems and associations). She works fluently in French, English, Spanish, and Italian.
Gaelle Scali: Gaelle Scali is pursuing a Master’s degree in communication, research-creation, experimental media at Université du Québec à Montréal. Musician and visual artist by training, she explores the connections between matter, sound, writing, and space through her research and creation. Her work is at the crossroads between musical performance, painting, and installation. She is interested in musical technologies inspired by « live electronic music », like human-machine interfaces, digital instruments, improvisation, and visual arts.
Tickets
Programm
FAQ