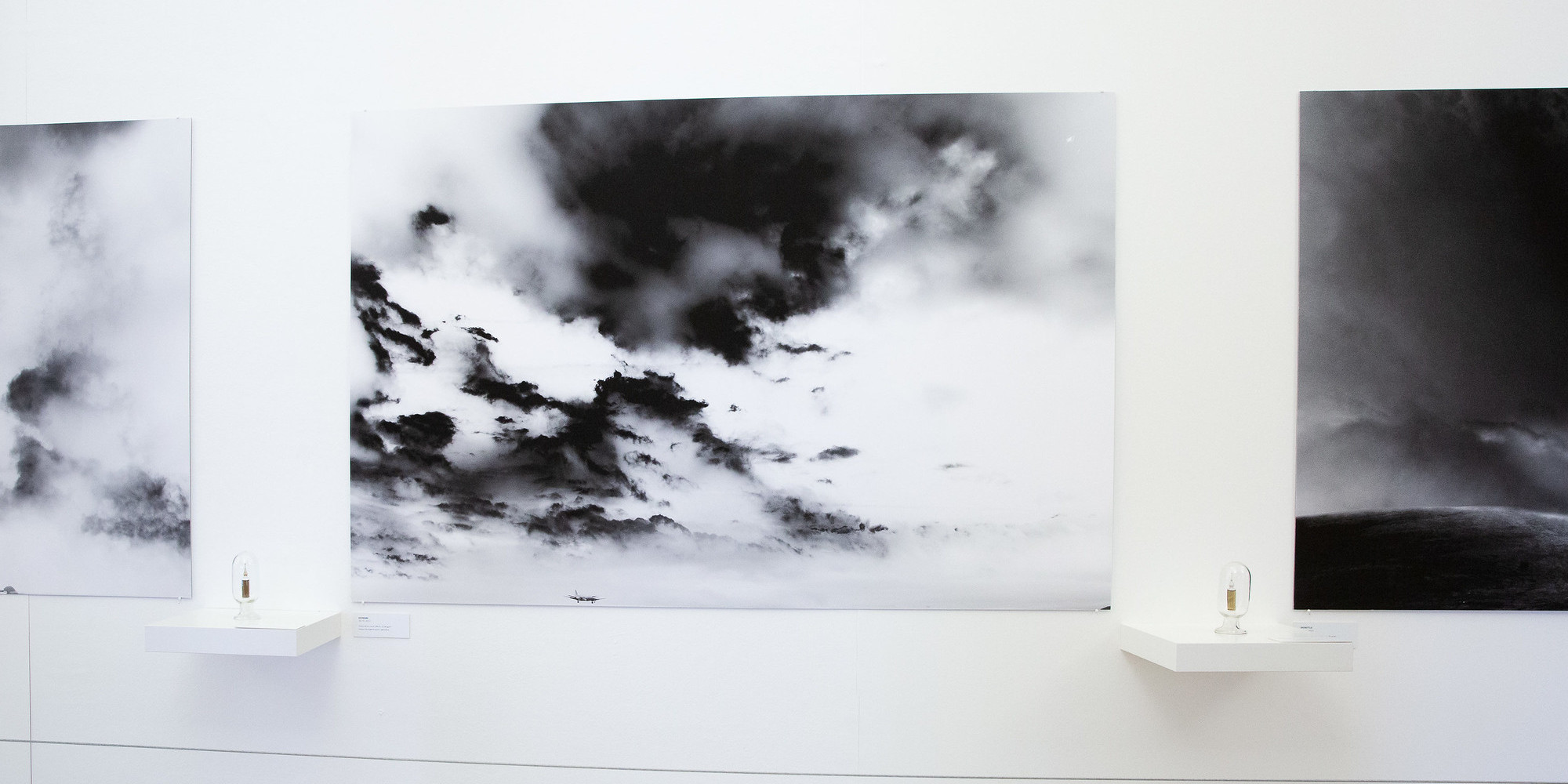 Despite the absence of industry, the inhabitants of Fair Isle suffer from respiratory problems. When Anaïs Tondeur visited the island, she retraced the itinerary of the particulate matters she encountered and could define the site of emission of the particles through emissions analyses and backflow models. The abstract trajectory led here to an expedition from the northernmost point of Scotland all the way to Folkestone in southeast England.

Tondeur summerized each day in a photograph of the sky as well as by filtering black carbon particles from her breathing mask. The particles were later extracted and turned into ink. Thus Carbon Black presents a series of photographic prints of dramatic, and literally black skies, printed with ink composed from the particles captured in the sky where they were shot.