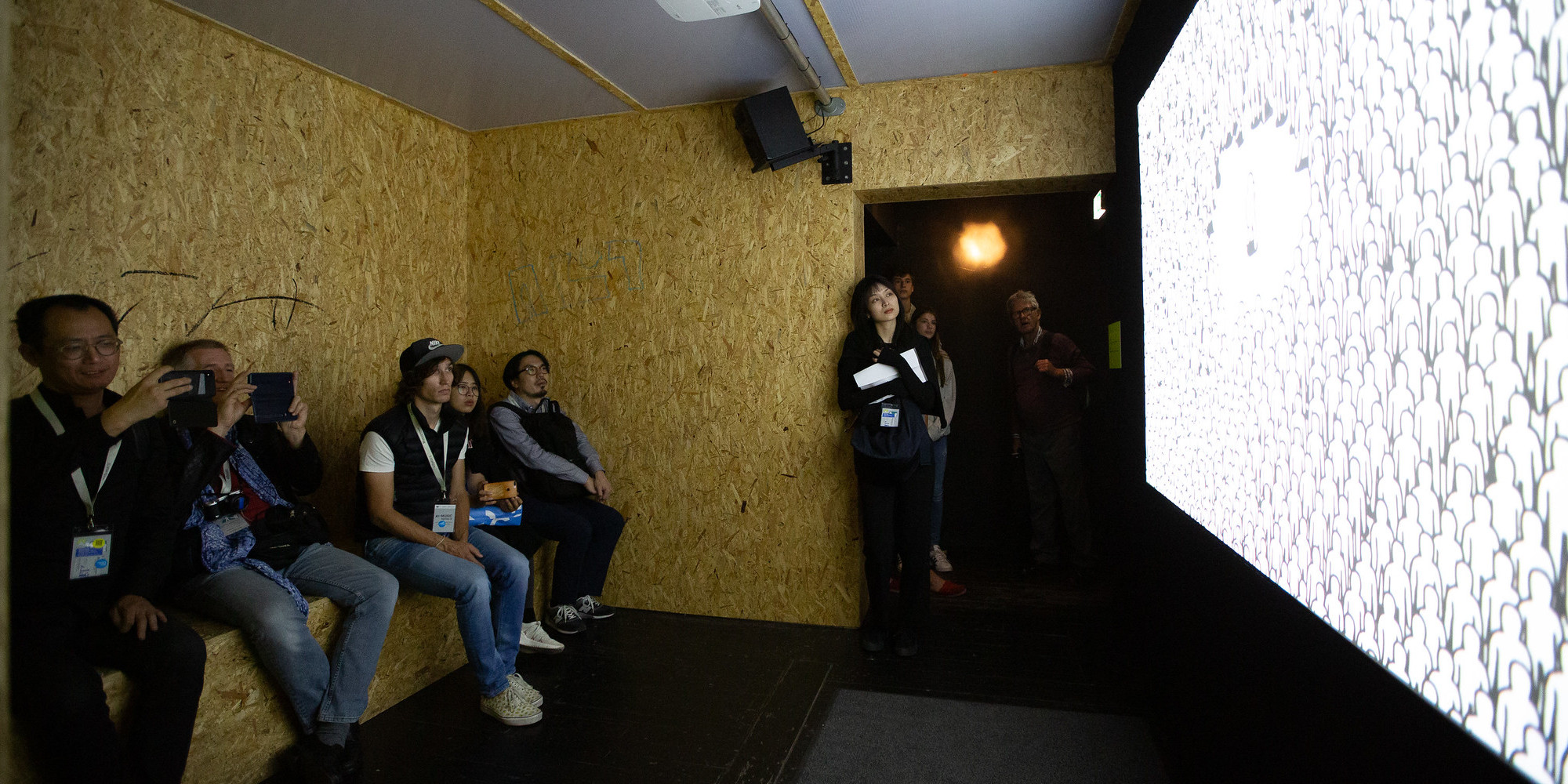 Where does the individual end and the group begin? Who is steering the crowd? What if it is heading in the wrong direction? In the interactive installation KIDS the visitors can control the behavior of the masses. The characters in a crowd behave much like matter: They attract and repel, lead and follow, grow and shrink, align and separate. They are purely defined by how they relate to one other – without giving them distinguishable features.