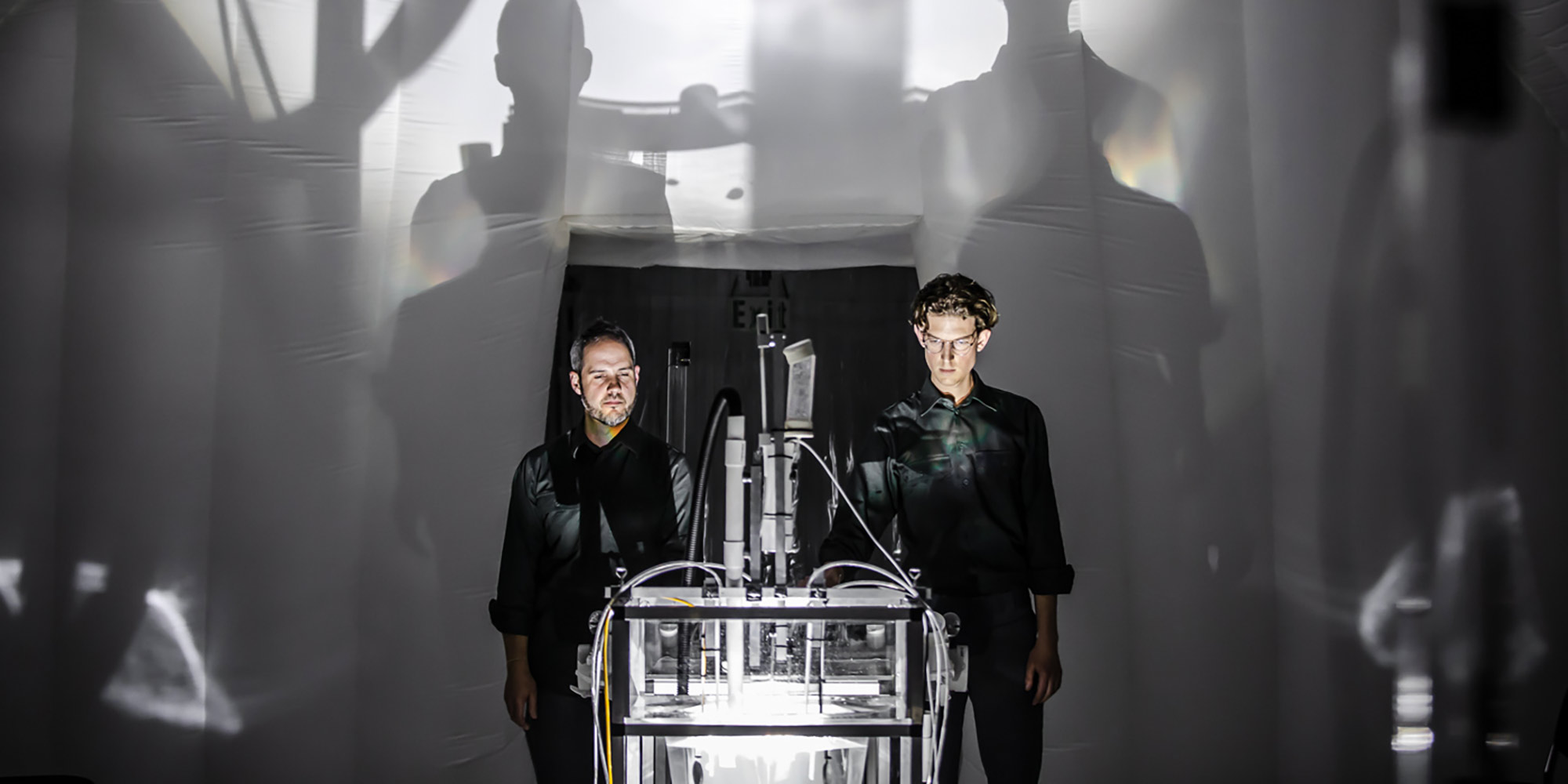 Polar Force is a phenomenological investigation of the windiest, coldest, and driest continent on earth: Antarctica.

During the one-hour work, vivid multichannel Antarctic field recordings of wind, water, and ice are combined with new instruments, sampled in a live performance and a choreographed artistic “lecture” undertaken by two performers reminiscent of scientists in a remote polar field station. The immersive live performance merges the art-science-tech to comment on geopolitical issues and the climate crisis.