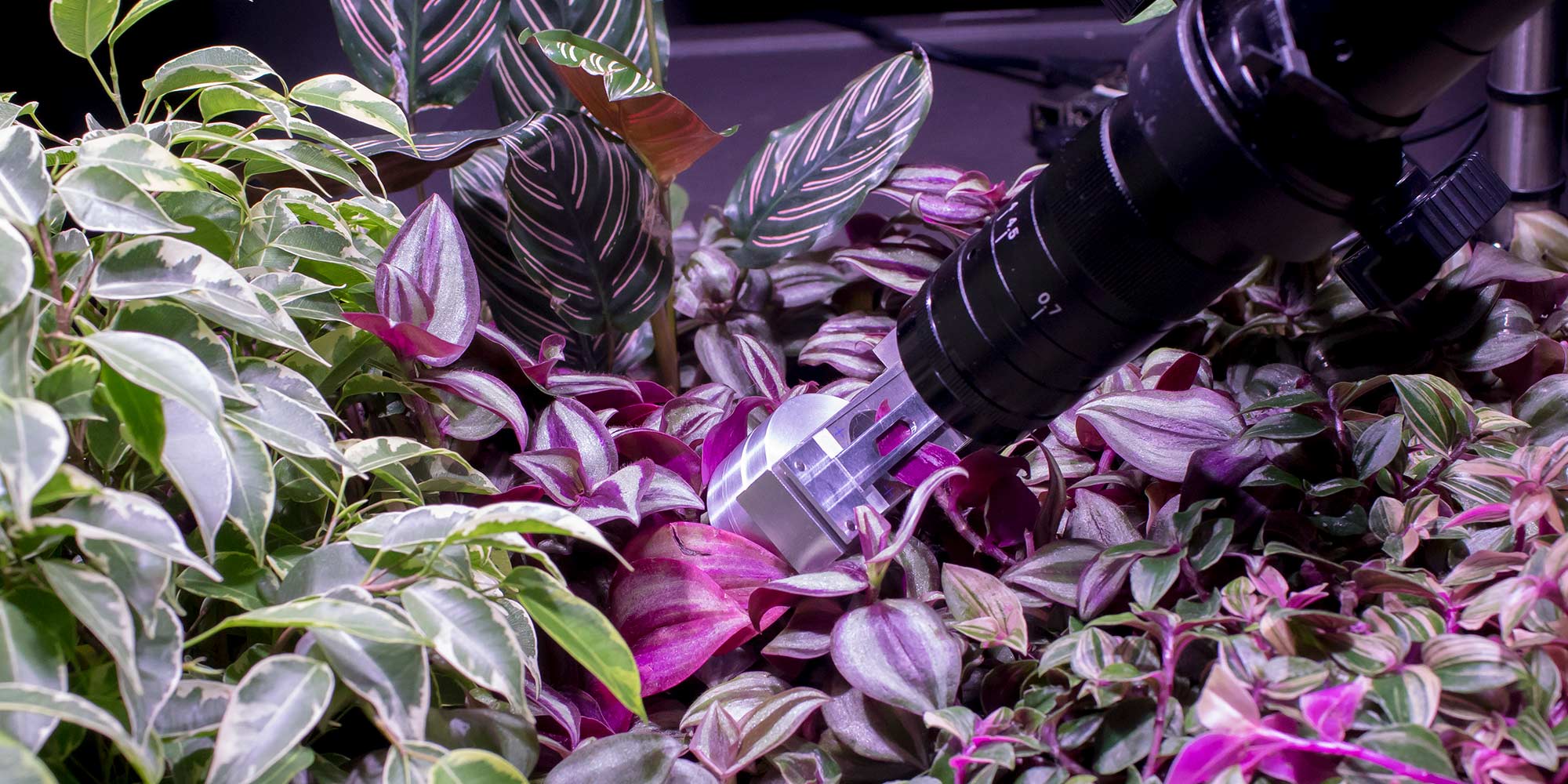 The laboratory follows near-future research documented by the journal Science; namely, that of a paper in which scientists describe the first meaningful exchange between a plant and a human, which could, in a broader sense, be described as a conversation. The lucidly conceived experiment demands exceptional patience and total dedication from both sides –after 18 years of mutual learning, the inch plant (Tradescantia zebrina) and the human researcher learned to understand each other’s signs. The report from the future speaks about implementing Pavlovian conditioning to teach the plant the basic signs for “more”, “less” and “stop” and to eventually develop a code of light and lips, which can be recorded and translated into human language. 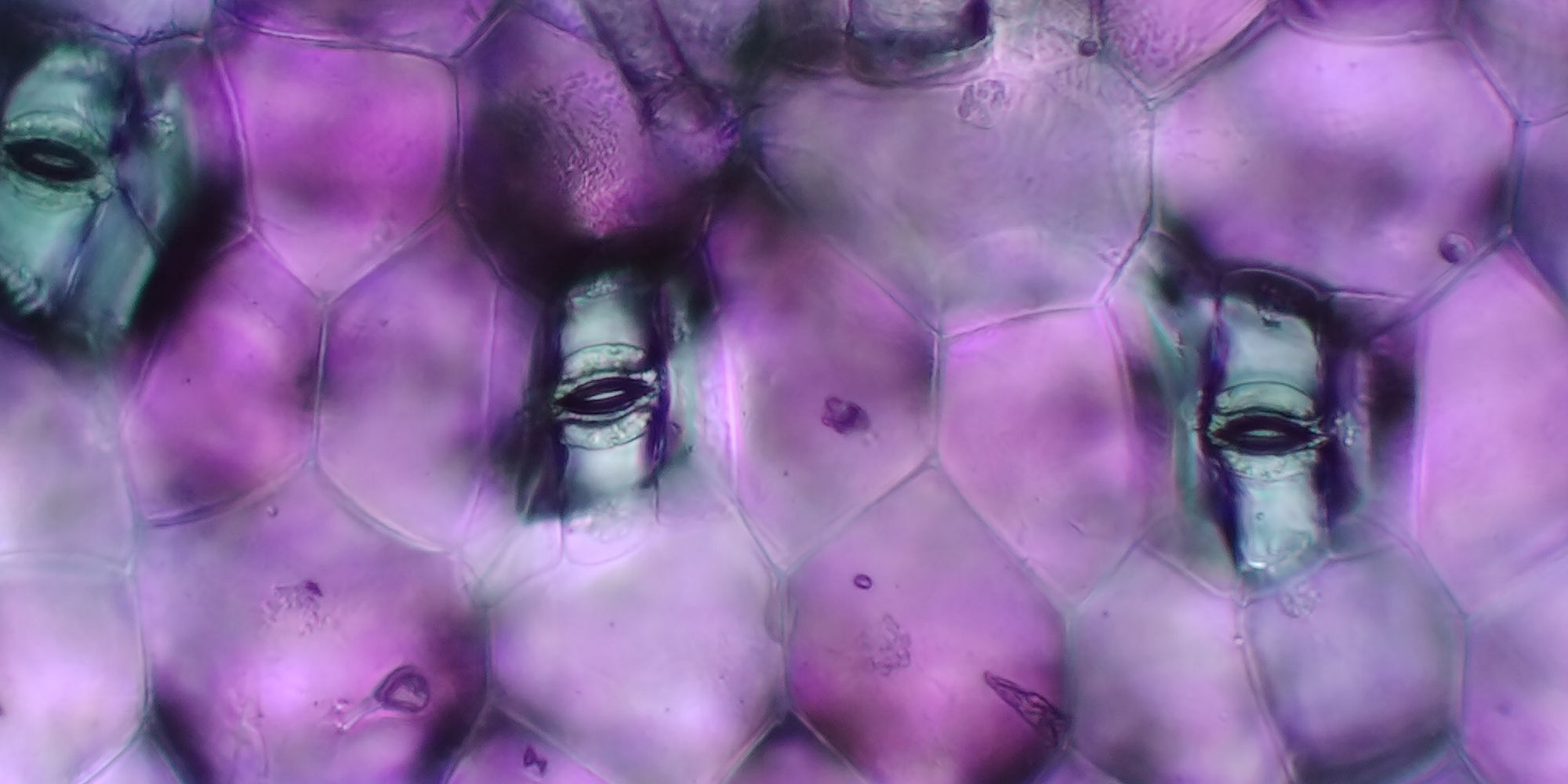 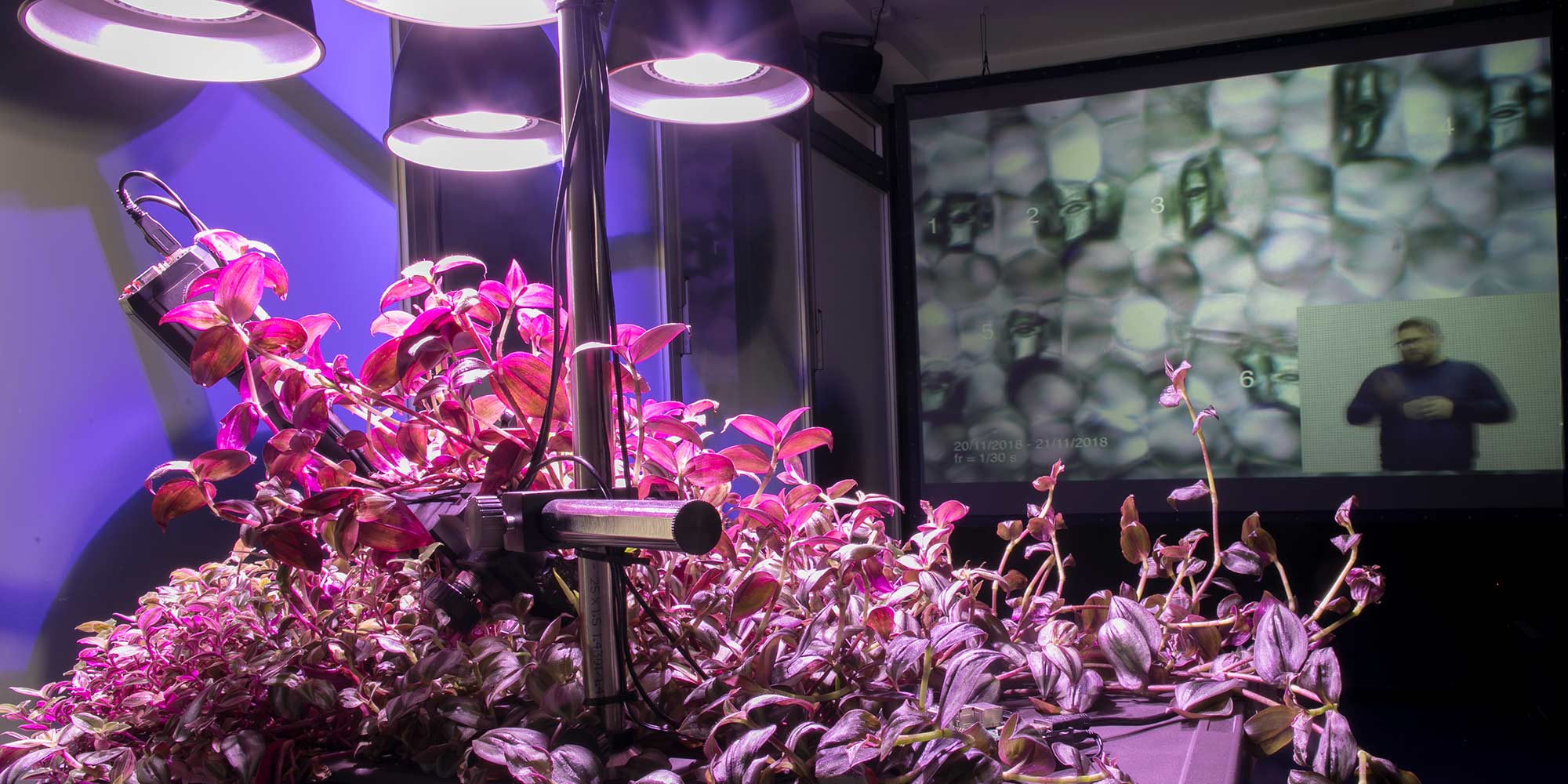 At the Institute for Inconspicuous Languages we are able to sidestep decades of dedication and, with the help of natural and artificial intelligence, peer into the psyche of the plant by carefully reading its lips –that is, the thousands of microscopic, “tiny mouths” (stomatas) speckled underneath each of its leaf, and which the inch plant uses to breathe.

What are the plants saying?

Špela Petrič (SI) (BSc, MA, PhD), is a new media artist and former scientific researcher. Her practice is a multi-species endeavor, a composite of natural sciences, wet media and performance. She tries to envision artistic experiments that enact strange relationalities in the hope of enriching our adjacent possible. Much of her recent work has focused on plant life.
http://www.spelapetric.org