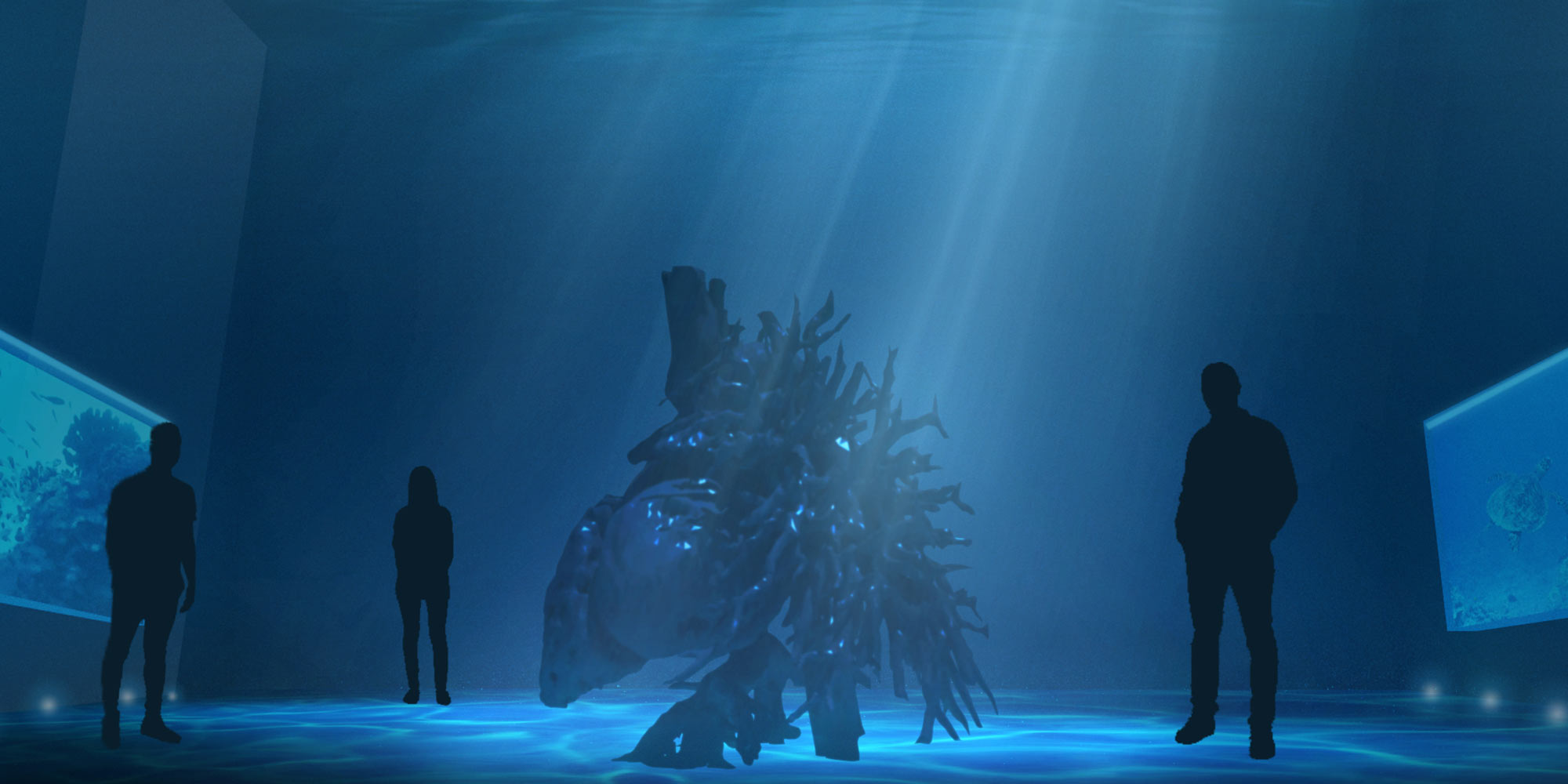 Triaina is an ongoing large-scale art project that utilizes design and technology to create sustainable ecosystems that integrate man-made forms with nature.
Historically, culture and technology have always stood in dichotomy with nature. This project aims to create man-made future ecosystems in which humans can establish a symbiotic relationship with nature. Using a material made from concrete and α-amino acids developed in a collaboration with Tokushima University, we have created sculptures that are designed to be placed on the seabeds of coral reefs to promote growth of microalgae and marine flora. Preliminary research has shown that such materials placed effectively in reefs can help revive coral ecosystems by bringing back marine animals and other organisms that feed off the algae and α-amino acids emitted from the concrete sculptures.
In this installation, we exhibit one model of the structures we plan to deploy in seabeds across several locations around the world.

TOHOKUSHINSHA FILM CORPORATION (CEO: Kiyotaka Ninomiya, hereinafter called TFC) is a leader in the film and multi-media industry in Japan, and has continued to pioneer creative solutions in this field. As a new endeavor, TFC has collaborated with AnotherFarm to explore the future of creativity. AnotherFarm (Hiromi Ozaki [Sputniko!], Masaya Kushino and Kensho Tambara) is an art collective founded in 2018. Working with newly found mediums, AnotherFarmexplores the limits and extremes of human intervention in nature. Works have been shown at Nature: Collaborations in Design (2019, Cooper Hewitt Museum & Cube Design Museum), Ars Electronica Center (2019), and Triennale di Milano (2019).