CanSat Competition 2017: Mini-Satellites That You Build Yourself 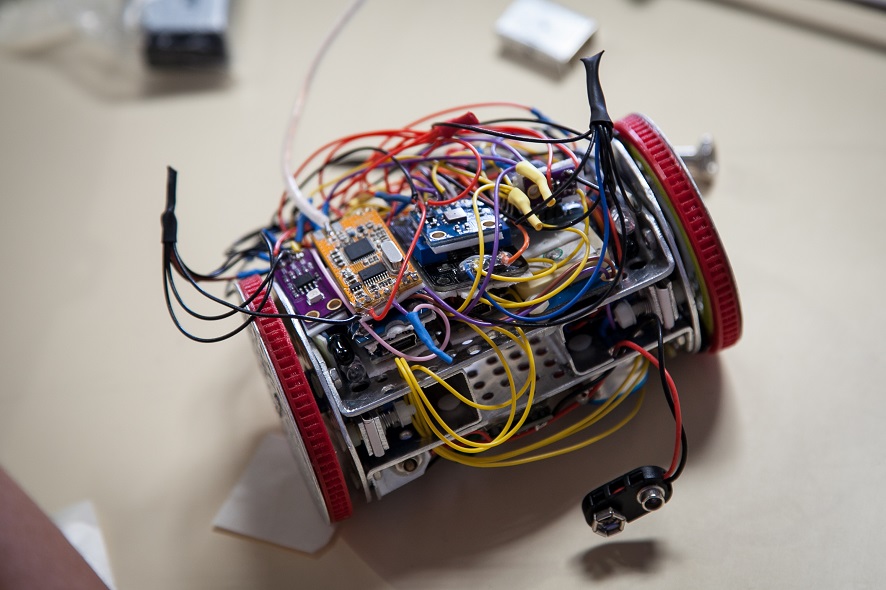 CanSats, miniature satellites the size of a cola can, will be launched by a rocket and ascend to an altitude of 500 meters. Then, on their way back down to earth, they have to carry out two missions—the first is to measure the current temperature and air pressure; the mini-satellite’s second task is chosen individually by the members of the respective crew.

The competition is being staged by Austria’s European Space Education Research Office (ESERO), the educational division of the European Space Agency (ESA). Teams of students age 14+ in Austria have until November 5, 2017 to get registered. Work on the satellites begins in November. The CanSat rocket launch is set for April 2018.

In this interview, Michael Thaler, project director of Austria’s CanSat competition, and Manuel Krenn, a former participant, tell us more about the mini-satellites, the tasks they execute, and the international competition. 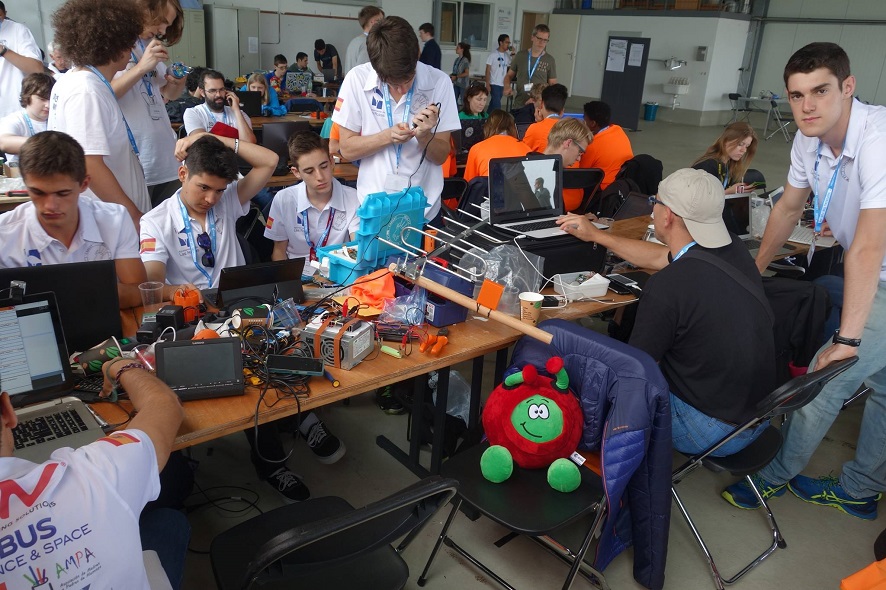 Michael, you’re the director of the Austrian CanSat competition that’s being staged for the first time by ESERO Austria, so please start off by telling us what ESERO actually is.

Michael Thaler: ESERO stands for European Space Education Research Office, an educational facility operated in cooperation with the ESA. The aim is to set up such an office in as many ESA member states as possible; the Austrian office was established in June 2016. The organization’s mission is to encourage students to take a greater interest in the natural sciences by presenting space-related topics more prominently in classroom instruction. At ESERO, our job in this connection is to develop educational materials and make them available for use in schools and/or to furnish them to teachers in conjunction with continuing professional education sessions.

How is the CanSat competition integrated into ESERO’s educational offerings?

Michael Thaler: CanSat is a competition that ESA has been staging for several years now. Students build satellites about the size of a soft drink can, which have to execute certain tasks. The primary mission is to measure temperature & air pressure and their changes while the CanSat is descending. The students themselves select the second mission, one that should be of a scientific nature to as great an extent as possible.

Give us examples of secondary missions that previous crews chose.

Michael Thaler: In the past, for example, teams built an infrared camera into their CanSat to derive conclusions about the surrounding vegetation. Others used GPS to pinpoint the CanSat’s exact current position throughout descent. There are lots of possibilities.

So, first there’s the national competition, then the international one… 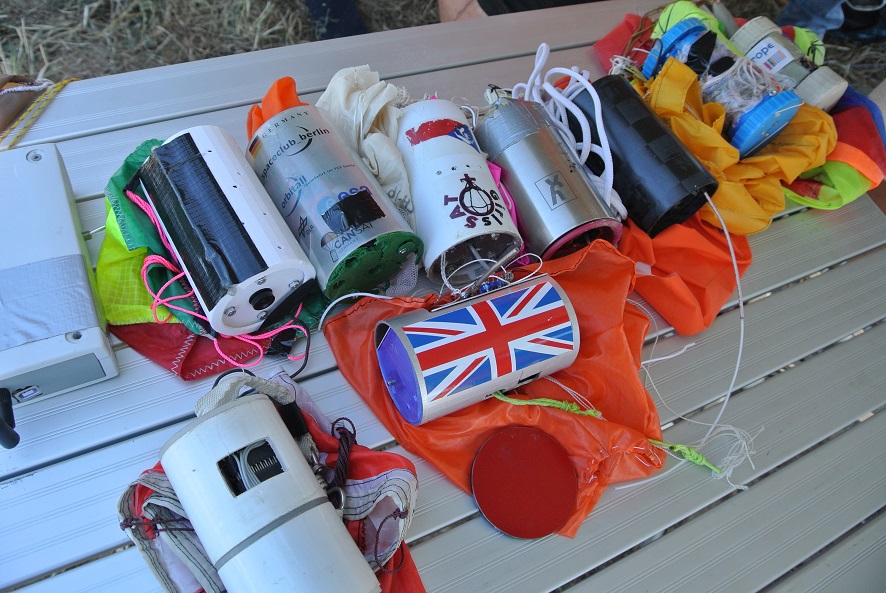 How can a school or team take part in the CanSat competition?

Michael Thaler: The first step is to fill out the online form on ESERO Austria’s website by November 5, 2017—which school, which team, names of the members, their idea and, in particular, their secondary mission, and their general motivation. The registrants will them be advised which teams were selected. The jury is made up of representatives of ESERO, BMVIT–Austrian Federal Ministry of Transportation, Innovation and Technology, ZAMG–Central Institution for Meteorology and Geodynamics, FFG–Austrian Research Promotion Agency, and an expert in the educational field. 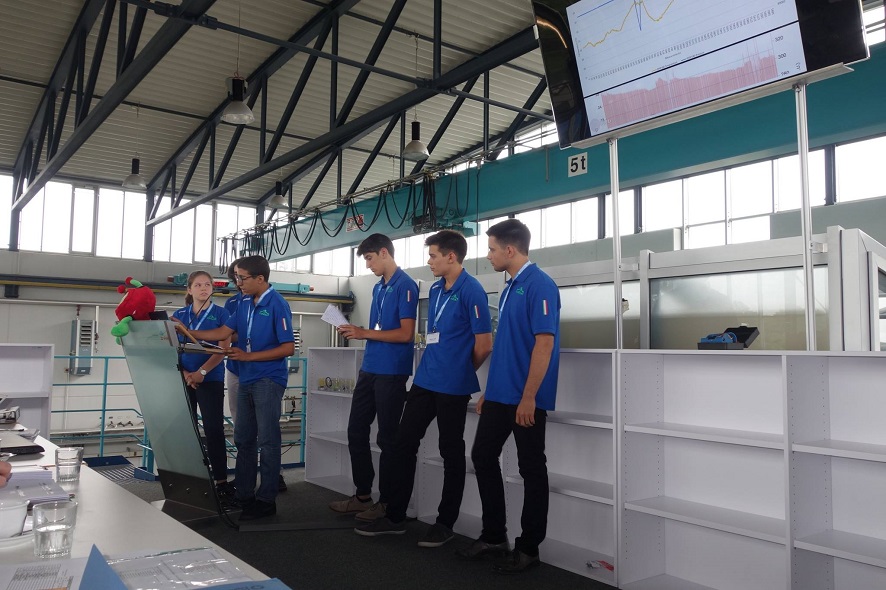 Michael Thaler: Then the active phase begins. A workshop for teachers advising the selected teams will be held November 20-21, 2017, when they’ll get the details about CanSat, receive some pointers that should be kept in mind, and learn from ESERO veterans who’ve already taken part in this competition about what the crucial aspects and potential difficulties are when it comes to actually constructing a CanSat and carrying out the mission. The participating teachers then go back to their respective schools and are able to serve as mentors of the students on their team.

Work on the CanSat should be structured as an educational project running over the course of several months. And ideally, work on the results and insights gleaned thereby should continue after the competition is over. The Lounge Campaign at which the CanSats will actually be launched is set for April 9-13, 2018—partly in Linz, partly in Oftering. We’ll launch rockets that will deploy the CanSats at an altitude of 500 meters, and they’ll carry out their missions during their descent.

Manuel, you’ve already taken part in a CanSat competition. How did you get interested in this?

Manuel Krenn: At the time, we were looking for a suitable topic for a graduation project and our advisor, Mr. Zauner, happened to hear from the FFG and the BMVIT that there’s this international CanSat competition in which students have to develop a cola-can-size mini-satellite in conjunction with a school project. When we read the competition description, it quickly became apparent that this would definitely not be a run-of-the-mill diploma project. This effort would take a lot of time, commitment and initiative, but these were precisely the reasons that convinced us to enter the CanSat competition!

My graduation project partner Ludwig Fichtinger was—and still is—a good software programmer and I’m really into electrical engineering, so the division of labor was set right from the start! 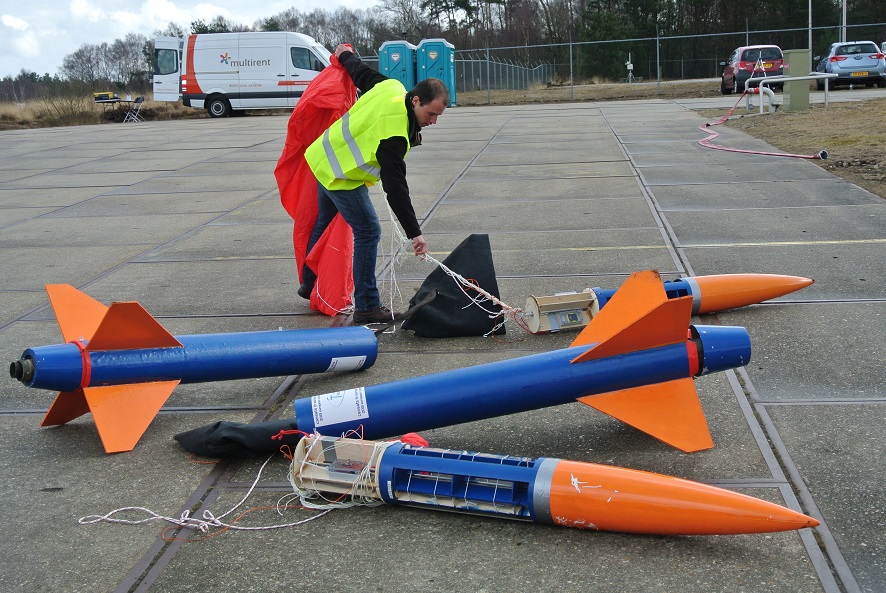 How did your team proceed in developing your mini-satellite? Where did you get the idea for your secondary mission?

Manuel Krenn: In principle, the way to go about completing a job like this was nothing new since, at our school, the Ybbs Technical College for Information Technology, we often designed and milled circuit boards, and equipped them with microchips that we program ourselves. It’s just that in this case, the extent of the work was rather more than we were accustomed to.

After initial difficulties selecting our programming language, we finally decided to program the software in “C” and, ultimately, to make our source code available online for download free of charge. Fortunately, we quickly succeeded in getting the satellite’s basic functions up and running—measuring temperature and air pressure, and transmitting the data to the station on the ground.

Then we decided on our secondary mission. First off, we added sensors for the measurement of humidity in combination with the measurement of ultraviolet radiation on both sides of the CanSat, as well as altitude and acceleration. For example, the combination of the measurement of humidity and ultraviolet radiation would make our CanSat suitable for investigating the genotoxic effects of sunlight in connection with skin cancer. Second, we wanted expanded telemetry—i.e. GPS localization, time of day, flight speed and flight path. The third phase was development of our customized ground station with an omnidirectional antenna to receive the measured data and to forward it for visualization on a Web browser. Fourth, we came up with a customized mobile ground station, which enabled us to receive the GPS data, to determine the exact distance to the CanSat, and to assess the strength of the signal from it, and we also got navigational aid from a yagi antenna we designed ourselves. Fifth, we worked on backing up the CanSat data—during the CanSat’s flight, all measured data were stored to a non-airborne data storage device so they could be accessed at any time afterwards. Sixth, we installed a video camera on the underside of the CanSat to record the flight. Seventh, we developed and installed a parachute to assure a soft landing.

To develop the ground station, we received support from an eight-member crew of students from another class, since it would have been impossible to handle the entire workload ourselves. 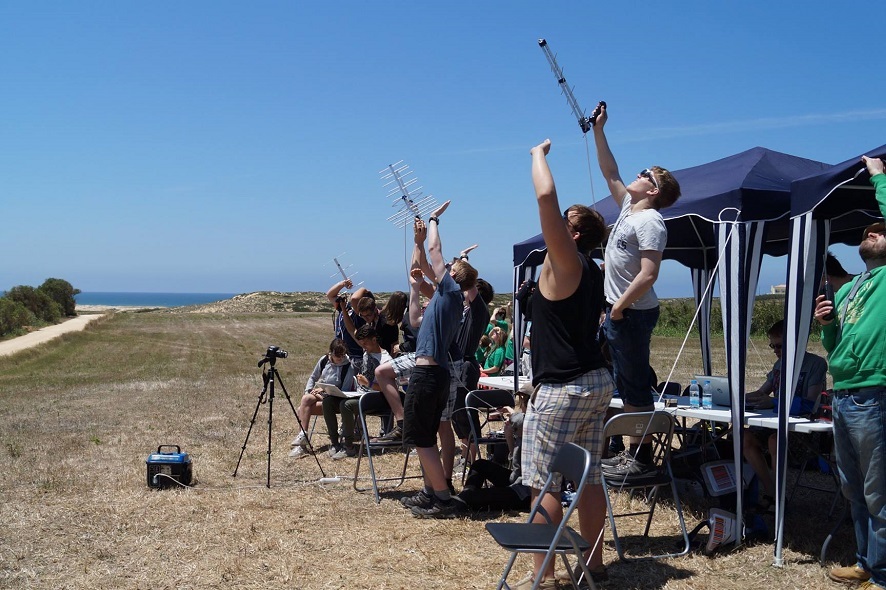 Finally, you were invited to Norway, where your CanSat was launched on the ESA Rocket Range. Can you give us an account of some of your impressions?

Manuel Krenn: Naturally, we were delighted to be permitted to present our finished project in the context of a competition in Norway. It was really exciting to see the ideas that the other teams had come up with and how they implemented them.

We were well aware right from the start that students don’t often get the opportunity to take part in an international competition like this. That’s why we took full advantage of our stay in Norway and considered ourselves very fortunate to be in a position to exchange information with students from the other participating countries. 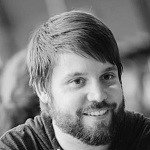 Michael Thaler has been on the Ars Electronica Center’s staff since 2009. He was an infotrainer 2009-11 and manager of the GeoCity exhibition 2011-16. Since 2015, he has worked in the education and cultural outreach division. He was part of the group that set up ESERO Austria between December 2015 and June 2016, and served as manager from June 2016 to April 2017 ESERO. In May 2017, he was named organizer of the Austrian CanSat competition. 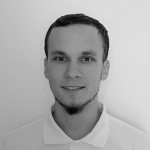 Manuel Krenn was born in 1993 and lives in Petzenkirchen. “My graduation project was the #1 topic at every one of my job interviews. After all, not every technical college diploma project is over 200 pages long! This helped me present my strengths and hobbies in a credible way. For the last five years, I’ve been employed as an IT configuration manager at Welser Profile Austria GmbH.”

Ludwig Fichtinger was born in 1993 and lives in Melk. “For about five years now, I’ve been working as a systems administrator for sustainability pioneer Gugler* where, I’m happy to say, I’m a member of a team that’s just as wonderful as the one I was on for my graduation project at technical college. I look back fondly on the many hours of work on the ‘Yes, we Cansat!’ project and the delightful experience I had with my fellow students.

November 5, 2017 is the registration deadline for the CanSat competition. Complete information about registration and the subsequent sequence of events is available on the ESERO Austria website.