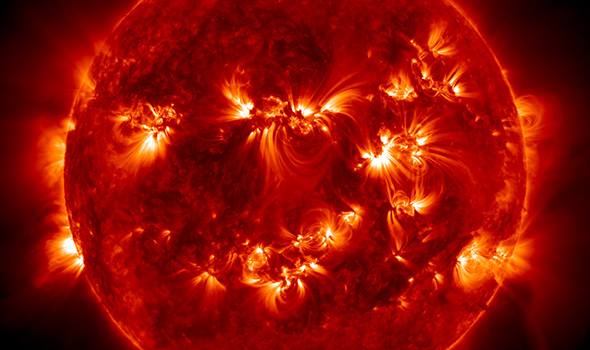 The star at the center of our solar system delivers the light and warmth that make life on Earth possible. Sun enables viewers in Deep Space 8K to behold that star’s enormous power. The audiovisual wall & floor projection by Michael König is an enhanced version of his time-lapse project of the same name created with footage furnished by the Solar Dynamics Observatory of the NASA Goddard Space Flight Center. This project developed especially for Deep Space 8K features impressively detailed images of solar activity from 2011 to 2015. There’s a walkthough full view of the gigantic gas ball projected onto the floor; condensed commentary accompanies the images on the wall; and the soundtrack is the work of Mexican musician Murcof.