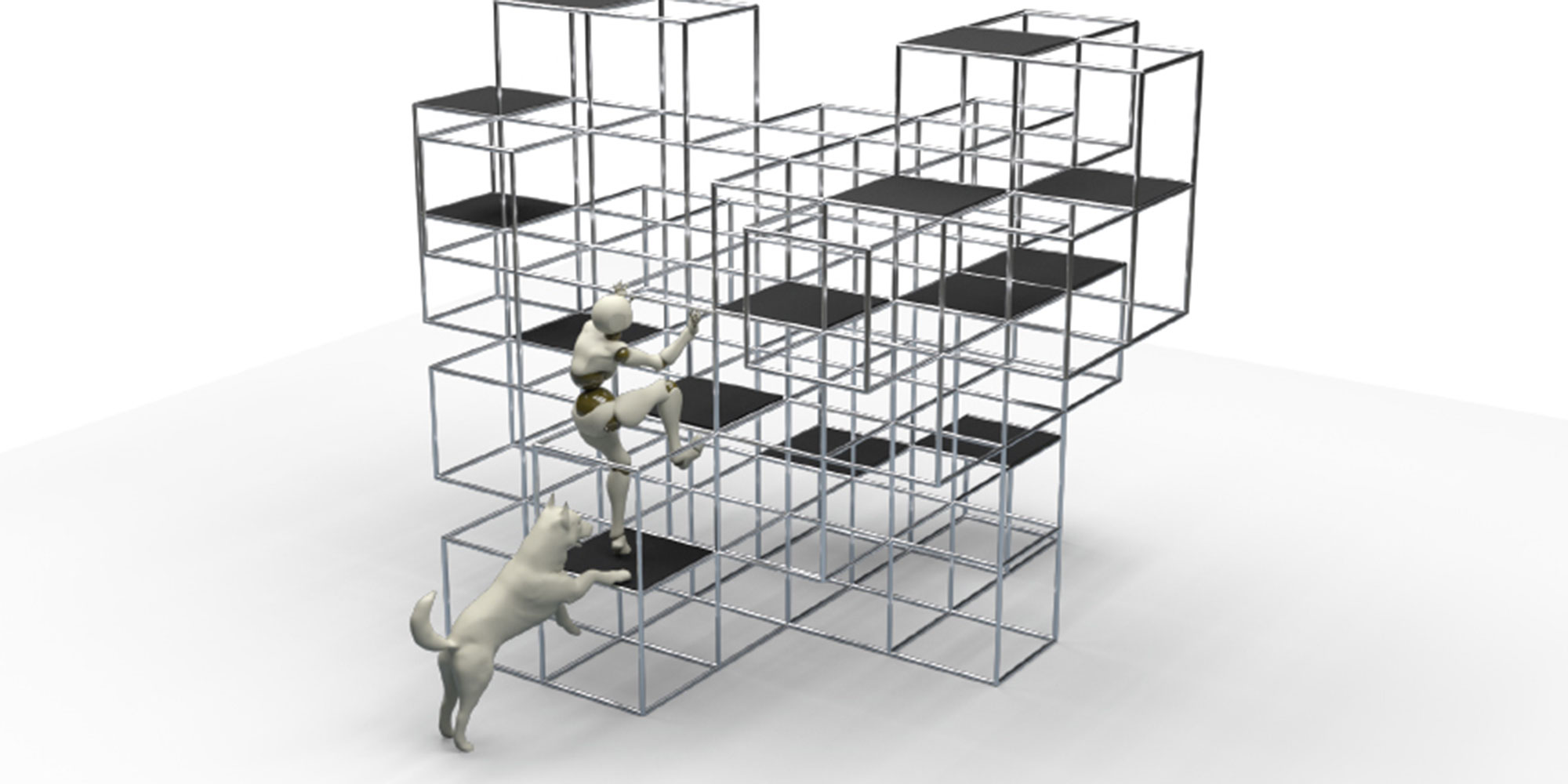 Responding to the coronavirus pandemic, the !brute_force project focuses on the future of market-driven diagnostic wearables and AI-based health monitoring technologies. A human and dog performer climb through an installation of platforms and empty spaces. Both wear Electrocardiograph ECG/EKG diagnostic wearables, used for the medical monitoring of chronic heart and respiratory conditions. These are gathered within a Neural Network, whose goal is to synchronize the heartbeat of the human with that of the dog. On the one hand, the installation represents the canine and human bodies under surveillance capitalism, as abstractions within total corporate knowledge and control of bodily function. On the other, the installation also suggests paths of resistance, by imagining the coexistence of the two species in a state of joint physical activity. By forging alliances between the human and her companion species, reclaiming agency emanates through corpo-reality that awakens the necessity to be actively involved in decision making around the ethical implications of monitoring technology. Such power is especially imperative for civil society in the zeitgeist of political and vending implications that bring us to erosion of trust in the ever more developing global context of disaster capitalism.

In the light of the coronavirus pandemic, the !brute_force project has been focusing on the future of market-driven diagnostic wearables and AI-based monitoring technologies in relation to the corporeal nature of human-and-canine coexistence through its technological structures and ideologies. While the first wearable computer, a 300-year-old Chinese abacus ring, was used during the Qing Dynasty to help traders, wearable technology nowadays is one of the fastest growing technologies. Although until a few years ago, it was rarely seen outside a lab or a clinic (where devices were used to gather critical patient data or help with recovery), wearables at this moment exist in tension with identity, intimacy, and privacy.

The COVID-19 pandemic has accelerated adoption of patient monitoring wearable technology and is gravitating toward the use of mobile-based platforms for the broader public incorporating advanced technologies such as machine learning and artificial intelligence algorithms. Taking wearables from the lab to the market to be utilized in healthcare is a window of opportunity for market forces to join the health care system in the near future: in 5-10 years, wearable health devices will be built into clothing, enabling the internet of things for better personal monitoring of population health on a grand scale. The future of health augmentation therefore opens questions such as: How will the privacy and security concerns be addressed? How will standardization in health communication protocols be put into place? Who will make those decisions? Who will own our health data and who will have access to it?

In the !brute_force performance, the dog and the human wear an Electrocardiograph ECG/EKG diagnotic wearable for medical monitoring of chronic heart and respiratory conditions. These discretely designed off-the-shelf components measure their heart rate, heart rate variability, skin temperature, and respiratory rate, and track their activity with medical precision. Data from both species is gathered into the Apple cloud, where it disrupts the classification statistics of human health; at the same time, data is collected in the !brute_force cloud, where the neural network’s output “advises” the human how to become one heartbeat with the dog. With such action the copyright of wearables gets subverted through a body hack whereas canine and human body become an abstract scene of social struggle, while the both agents movement channels the mechanism of its establishment in public space and the cloud as an archive comes to be a point of search for new ways of articulating the future. Additionally, the !brute_force team decided to utilize the AI algorithms to correspondingly collaborate instead of compete, and for this reason adapted the Generative Adversarial Network’s concept into an algorithm architecture they called Generative Inter-collaborative Networks. During the performance their activity can be openly observed by the public through an interactive interface. The !brute_force project therefore offers a contribution to the discurse on AI that could be employed as a tool of emancipation: if brought into service by a civil society as an equal agency in decision-making process regarding the collection, use, and disclosure of personal data, AI could become a tool of unification, instead of being utilized as a tool of division and control.

!brute_force durational performance focusses on the heartbeat and breathing, which, from the physiological standpoint, works also under the effect of serotonin – the human neurotransmitter that has been highly influenced by the parallel evolution between humans and dogs. In other words: the evolutionary connection between both species is constituted through the human body. However, it is the dog’s body that in !brute_force evokes the sense of agency in human (body). Deriving out of these reflections the shape of !brute_force installation resembles a serotonin molecule shaped grid that indicates this historical synergy. By signifying the examination of the incarnate practice, activity, sensitivity of individual human and canine body within all its social contexts from diverse perspective – through animal’s physiology, the project takes us outside the terms of hegemonic social structures and market driven techno ideologies of our existence in order to evoke the necessity for the civil society to be involved in decision making around the ethical implications of monitoring technology. Such agency is especially necessary in the zeitgeist of political and vending implications that brought us to erosion of trust in the ever more developing global context of disaster capitalism. 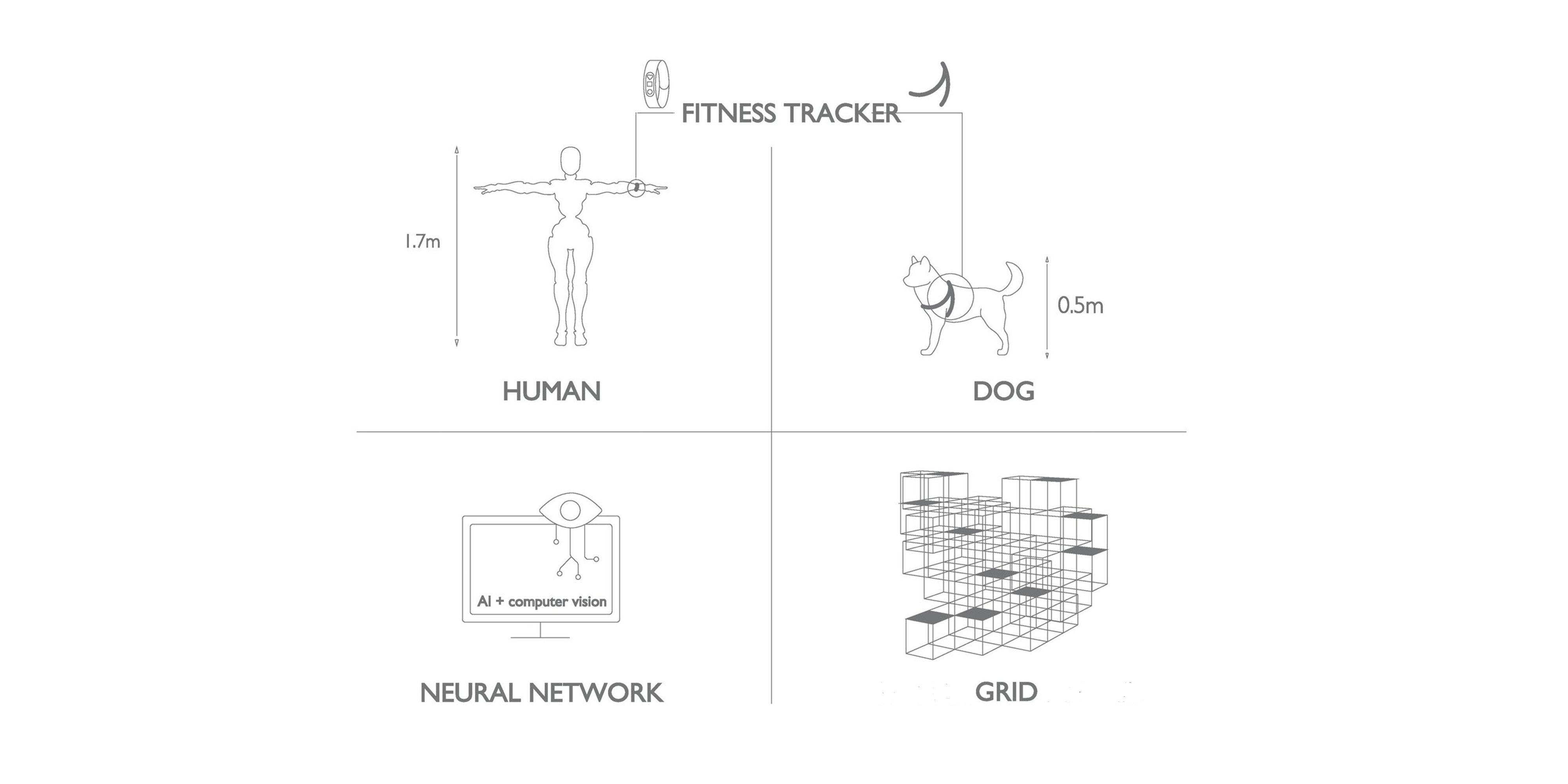 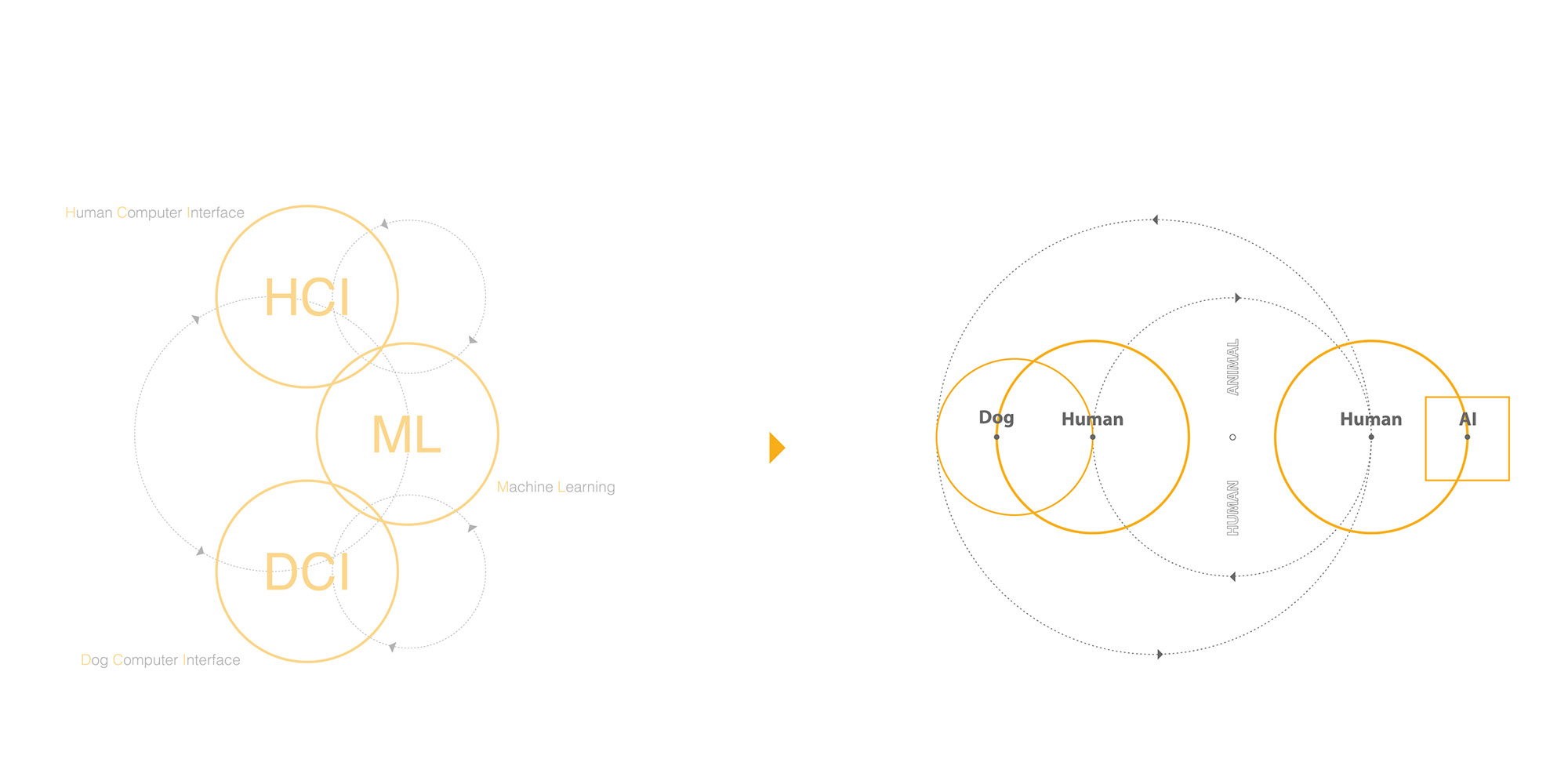 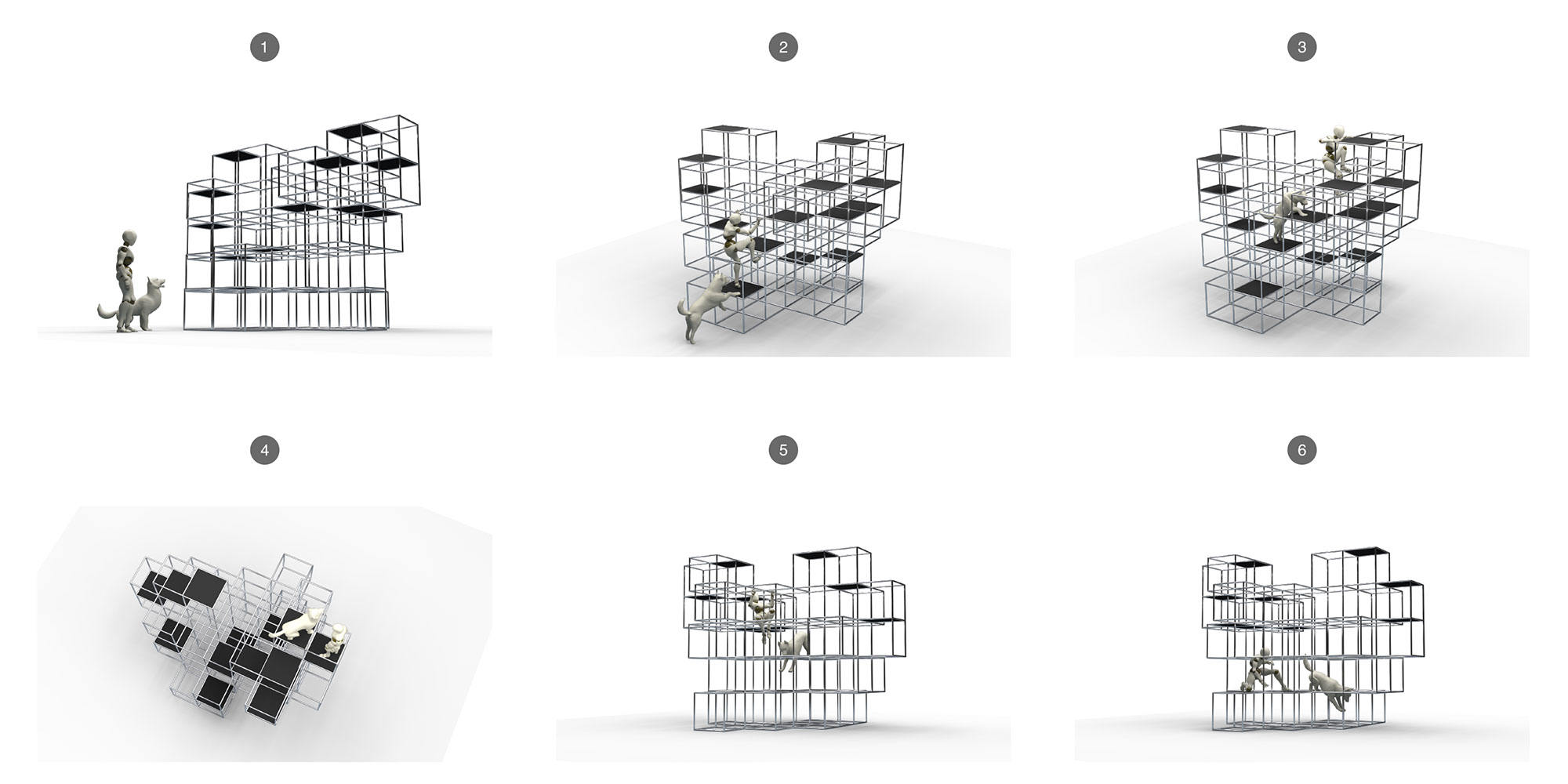 Produced by: Quo Artis Foundation (ES)
Co-produced by: The Culture Yard / CLICK Festival (DK), Kapelica Gallery / Kersnikova Institute (SI)
Project partner: Ars Electronica Linz (AT)
This project is part of the European ARTificial Intelligence Lab and is supported by the Creative Europe Program of the European Union, Danish Art Council, Ministry of Culture of the Republic of Slovenia, Ministry of Public Administration of the Republic of Slovenia, Municipality of Ljubljana – Department for Culture. 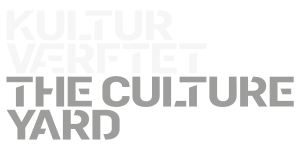 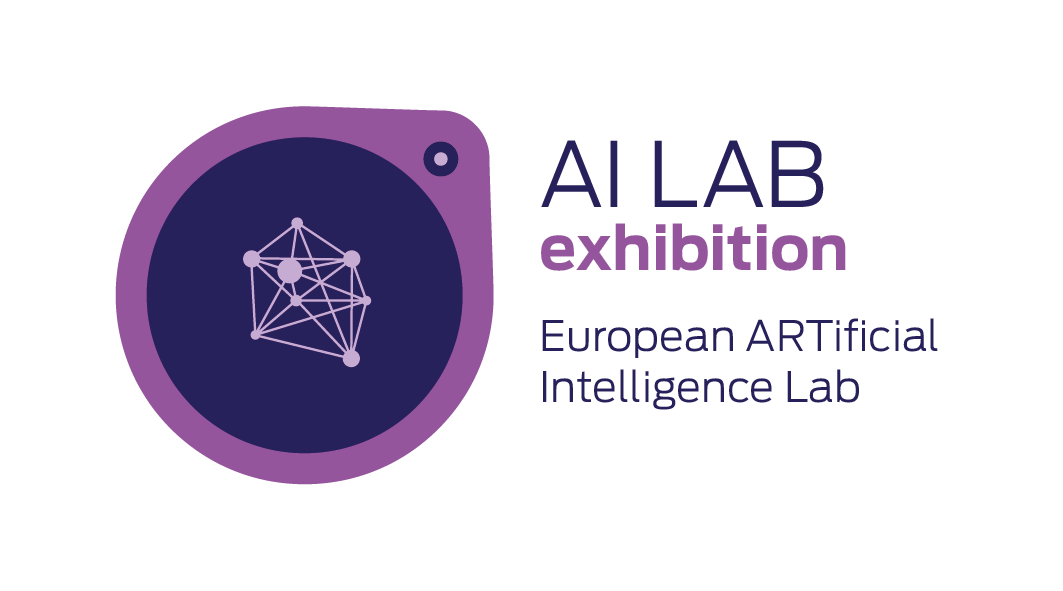