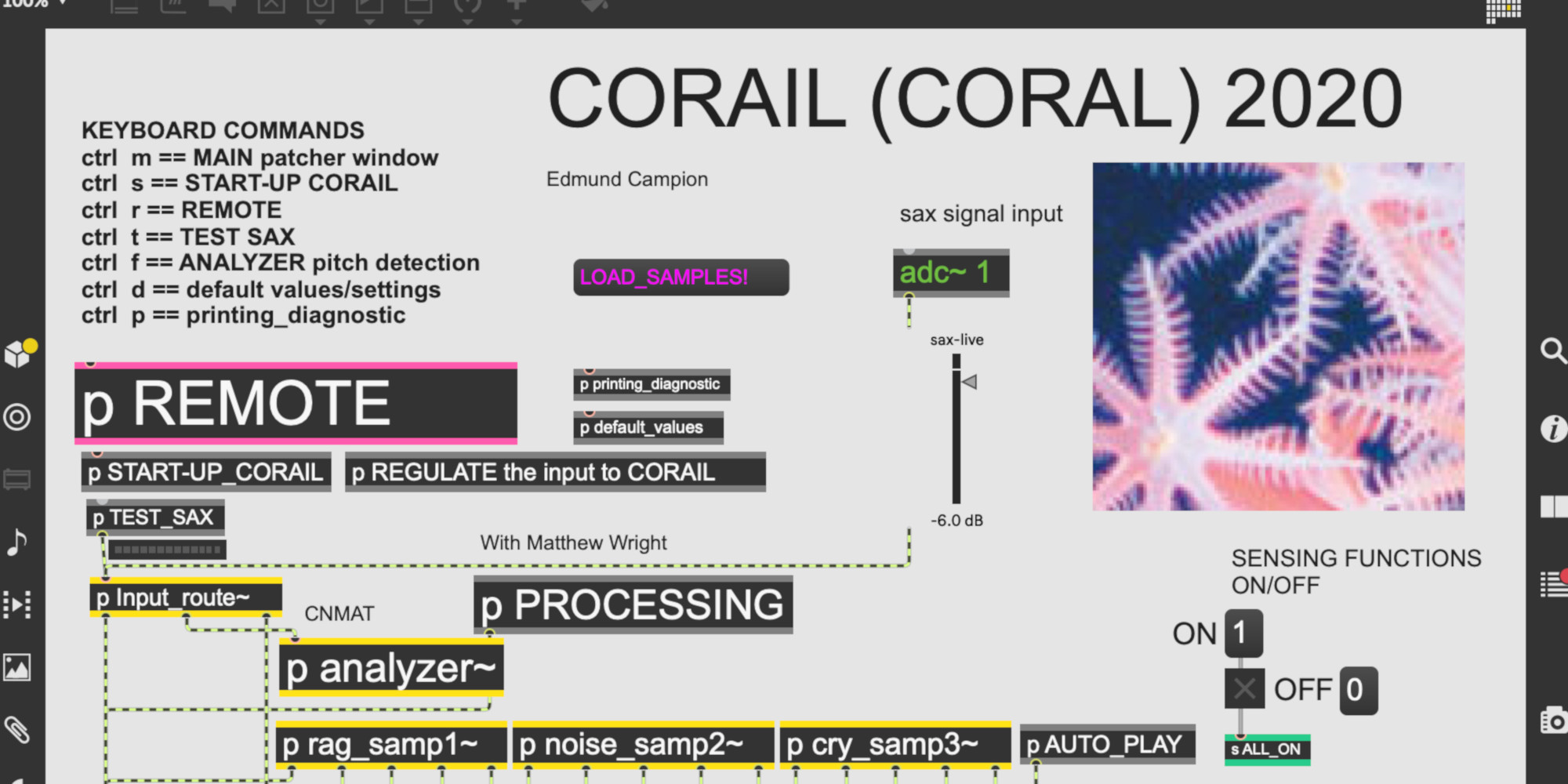 The Center for New Music and Audio Technologies (CNMAT)
University of California, Berkeley

This concert is made possible with the support of CNMAT Researcher and Technical Director, Jeremy Wagner, and Brendan West, Audio Technician in the Department of Music at the University of California, Berkeley.

WAVEGUIDE  is an attempt to draw a critical reflection on the growing dependence on networked computation, the new interconnected nature of our artificially intelligent cultural reality and intervene in this newfound intimacy with the glossy black panes of glass. The work was initially conceived to send data from drums on the stage, to a remote server, and back through the audience’s cell phones in real time, using the networked infrastructure of the internet as a resonant body for the drums. But in light of the ongoing pandemic, the work uses the infrastructure of the internet to perform through the audience’s browsers as they watch the screened performance from remote locations via live video and interactive webpage. Still using the internet as a resonant body, the work creates a multi-headed virtual sound sculpture, connecting the audience and performer in that third virtual space.

CORAIL (Coral) is performed by an improvising saxophonist who interacts with a computer system simply by playing his instrument.  The computer extracts fine details of gesture, pitch, dynamics, durations and silences, then transforms the data into an oceanic sound space. Constrained and guided by the ocean of sound, the soloist is instructed to seek a balance within the environment.  The musician learns to play through playing, and together with the computer-generated responses establishes a feedback and feedforward eco-system. The oceanic sound can be turbulent, but the soloist is instructed to work with the computer as a partner, not an adversary. The musical score for CORAIL consists of a number of „flight training“ exercises  designed to help the soloist learn to interact without destroying a fragile relationship. It is very easy for any player to create chaos within this system, but a great saxophonist like Steve Adams is able to find beautiful design and that is the goal.   The piece is dedicated to John Campion. 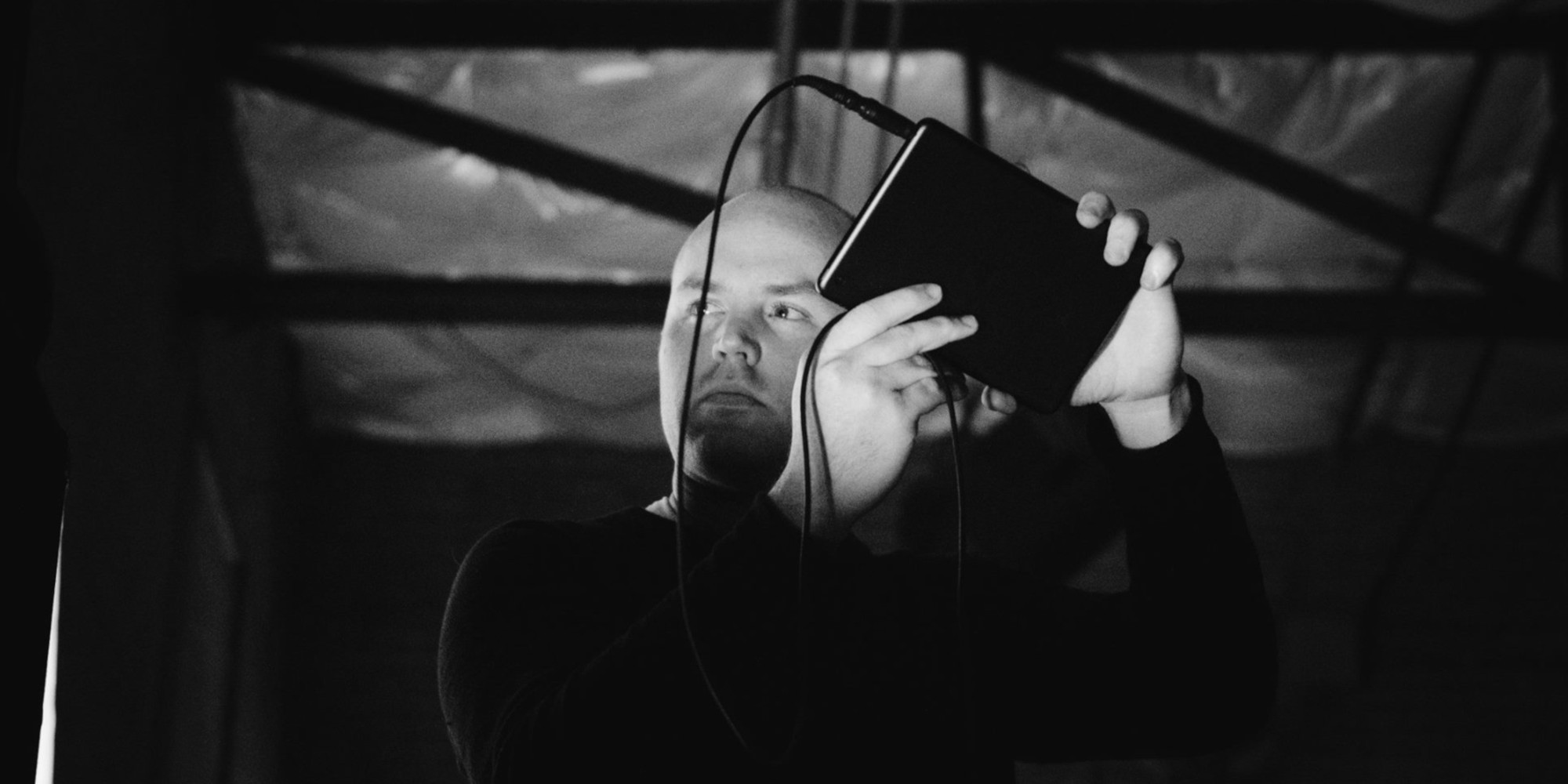 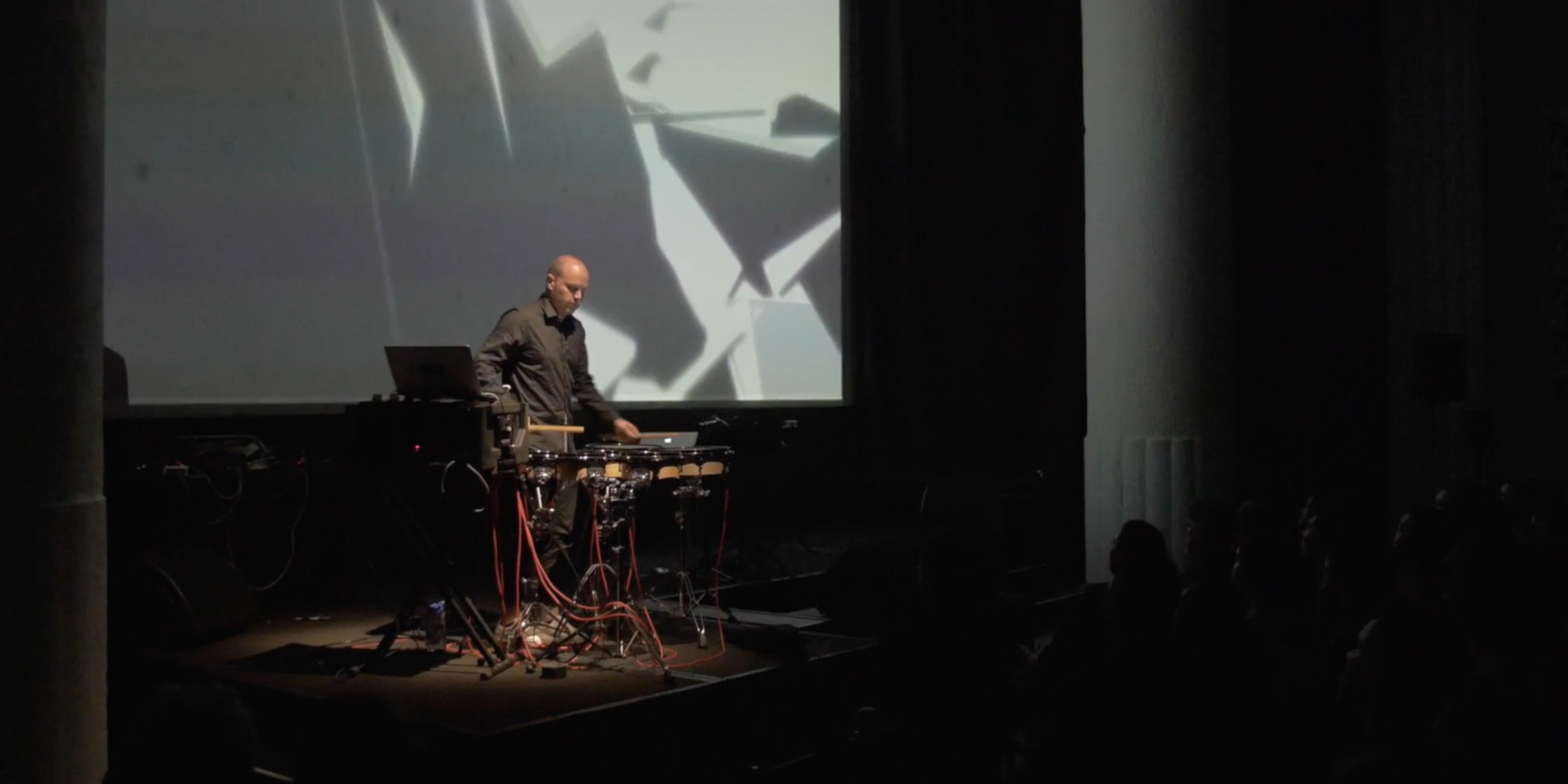 Steve Adams is active both as a composer and a performer on saxophones, flutes and electronics. Steve is best known as a member of the Rova Saxophone Quartet, with whom he has played for over thirty years and released more than thirty recordings. Rova has been called „one of the most daring ensembles of any instrumentation to emerge in recent years“ by Downbeat magazine. He has performed with Anthony Braxton, Sam Rivers, Dave Holland, Roscoe Mitchell, John Zorn, Steve Lacy, Fred Frith, Tin Hat Trio, Yo! Miles with Henry Kaiser and Wadada Leo Smith and Ted Nugent, as well as many other jazz, rock, dance and theater groups. Steve has performed the premieres of numerous classical compositions, including Prisoner of Love by Robert Aldridge for soprano saxophone and piano, Thomas Oboe Lee’s Saxxologie…  A Sextet for saxophone sextet and Louie MCMLV for saxophone quartet, and Passing Time by Jon Nelson for tenor saxophone and computer-generated tape. He performed Edmund Campion’s Corail for saxophone and computer-generated electronics with the Berkeley Symphony and at the Ojai Music Festival.

Edmund Campion’s music explores relationships between sound and space—creations that often involve the careful mixing of acoustic instruments with emerging computer technologies. In 1993, he was selected to work at IRCAM (Paris) where he composed the piece Losing Touch, a mainstay in the repertoire for percussion and electronics. He has been commissioned by major American and French cultural institutions including, IRCAM, Radio France, the French Ministry of Culture, the Fromm Foundation, and the Koussevitzky Music Foundation. In 1995, Hillary Clinton presented him with the Rome Prize in Music Composition. His works are heard in concert halls worldwide and a monograph CD by the San Francisco Contemporary Music Players is available on Albany records. Les Percussion des Strasbourg sextet released a recording of Wavelike and Diverse on their 50th Anniversary CD collection.
Campion is currently Professor of Music Composition and Director at the Center for New Music and Audio Technologies (CNMAT) at the University of California, Berkeley.
As a 2016 Guggenheim Fellow, Mr. Campion composed for the Contemporary Gugak Orchestra, an ensemble of 50 musicians performing on ancient Korean instruments. In 2015, the Ensemble Intercontemporain co-commissioned Campion and audiovisual artist Kurt Hentschläger for the 25-minute, Cluster X. The multi-media work was premiered at the Philharmonie de Paris in October of 2015 and toured the United States. In 2012, while Composer in Residence with the Santa Rosa Symphony, Campion was commissioned for The Last Internal Combustion Engine, written for full orchestra, Kronos Quartet and electronics.
(edmundcampion.com) (cnmat.berkeley.edu).

Andrew Blanton is a PhD student in music composition at the University of California Berkeley. His work has been performed and presented around the world in venues such as Google Cultural Lab in Paris, The University of Brasilia, The City University of Hong Kong, and STEIM Amsterdam among others. His current research focuses on the emergent potential between cross-disciplinary arts and technology in the context of Composition, New Media Art, and building sound + visual environments through software development. He is working closely with the Center for New Music and Audio Technologies (CNMAT) at the University of California Berkeley and is concurrently an Associate Professor in the CADRE Media Labs at San Jose State University.  Andrew has advanced expertise in percussion, 3D environments/graphics programming, creative software development, and developing projects in the confluence of art and science. andrewblanton.com

CNMAT is dedicated to multidisciplinary research and the creative use of sound, linking the concert hall to the laboratory. Our center creates new works of music/art as well as researches, builds and distributes software tools that resonate strongly with the AI and Music theme.  The projects presented in this garden focus on machine listening for hybrid-performance (analysis, extraction and application of parametric data from live sound),  music information retrieval for creation (analysis, extraction, and application of data from audio files), as well as concepts related to composable algorithms that empower machines with varying degrees of autonomy for creative decision making.