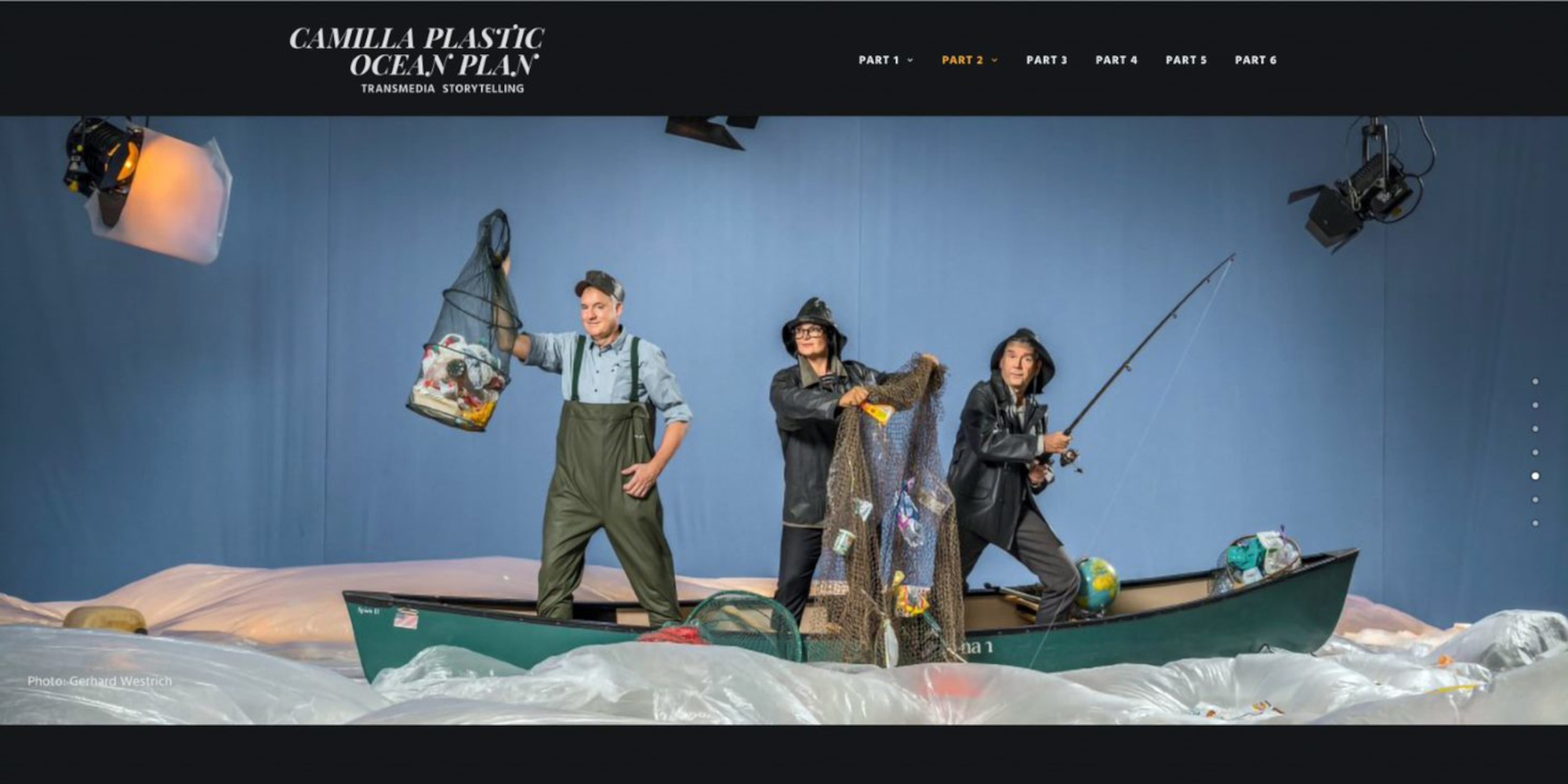 TRANSMEDIA STORYTELLING: CAMILLA PLASTIC OCEAN PLAN (CPOP) has been running since 2015. More than 100 students, alumni and professionals from different parts of the world have become involved. The project started at Filmuniversity Babelsberg because the worldwide media often present environmental problems in a way that makes us feel gloomy and hopeless. Consequently, people start ignoring facts. However, what about the future we want to live in? Can’t we use the expertise of storytelling in movies to design pictures of a desirable world? New things are very often created by a combination of things that have never been combined before.

With a mix of artistic imagination and fantasy-setting about environmental problems, CPOP is a mind opener backed by scientific expertise from the renowned Alfred Wegener Institute Helmholtz Centre for Polar and Marine Research. The scientists willingly cooperate with us in creating a worldwide multidisciplinary space to solve this complex issue.

Artistic research with the method of transmedia storytelling uses the short story about Camilla as a thread running through the works and guiding through the exhibition. Based on scientific collaboration, numerous artists create works like paintings, concept art, sculptures, 360 degree short movies, and VR experience. People need inner pictures of goals they want to reach. First, you need an emotional idea of the world you want to create. Then you will find the way.

The video shows a guided tour through room 1 and 2 of the exhibition.
The third room of the web exhibition will be opened during the Ars Electronica festival 2020. Project initiator Angelica Böhm introduces the newest room and invites several of her artistic and scientific collaborators along for an open discussion. 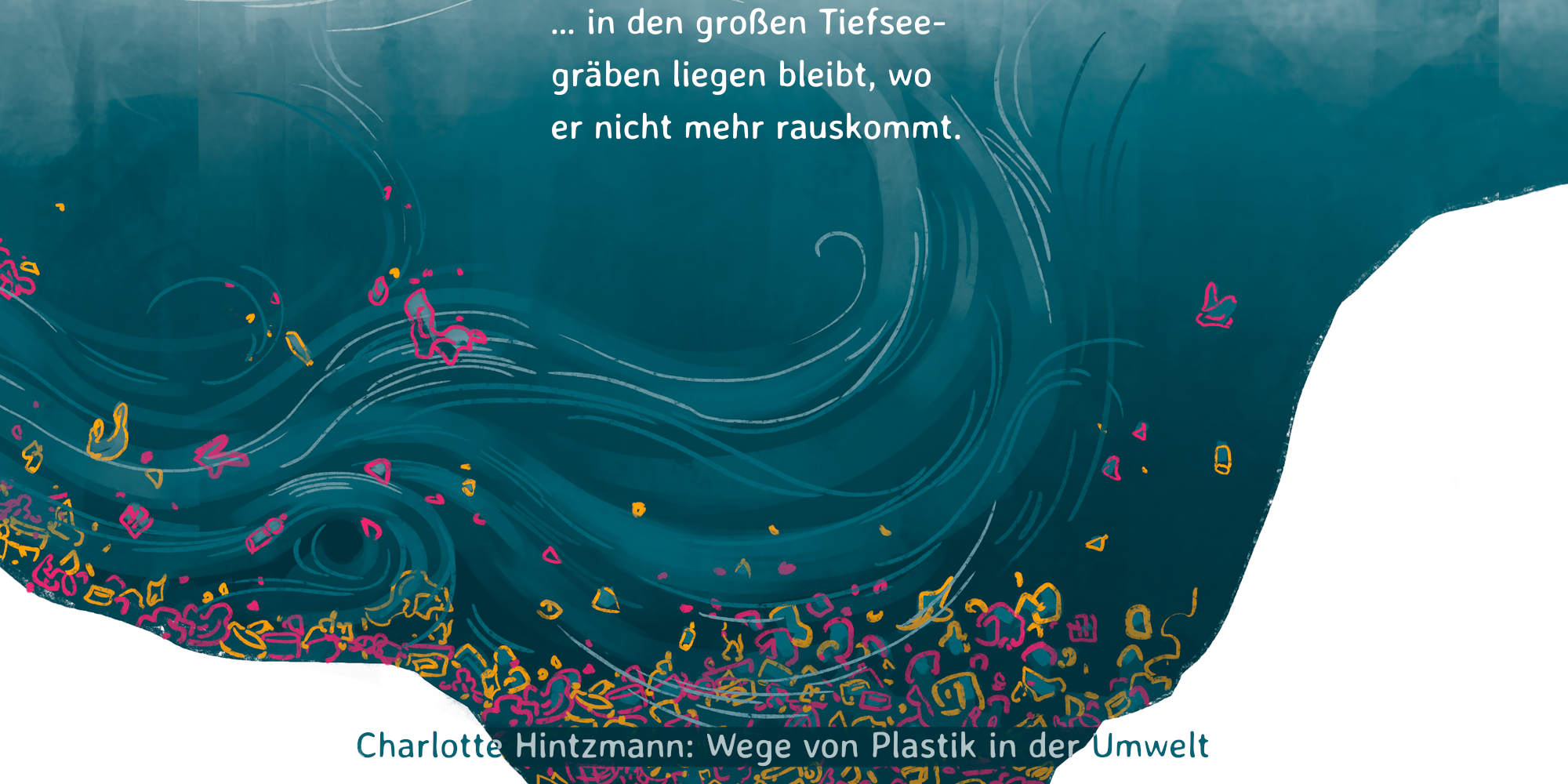 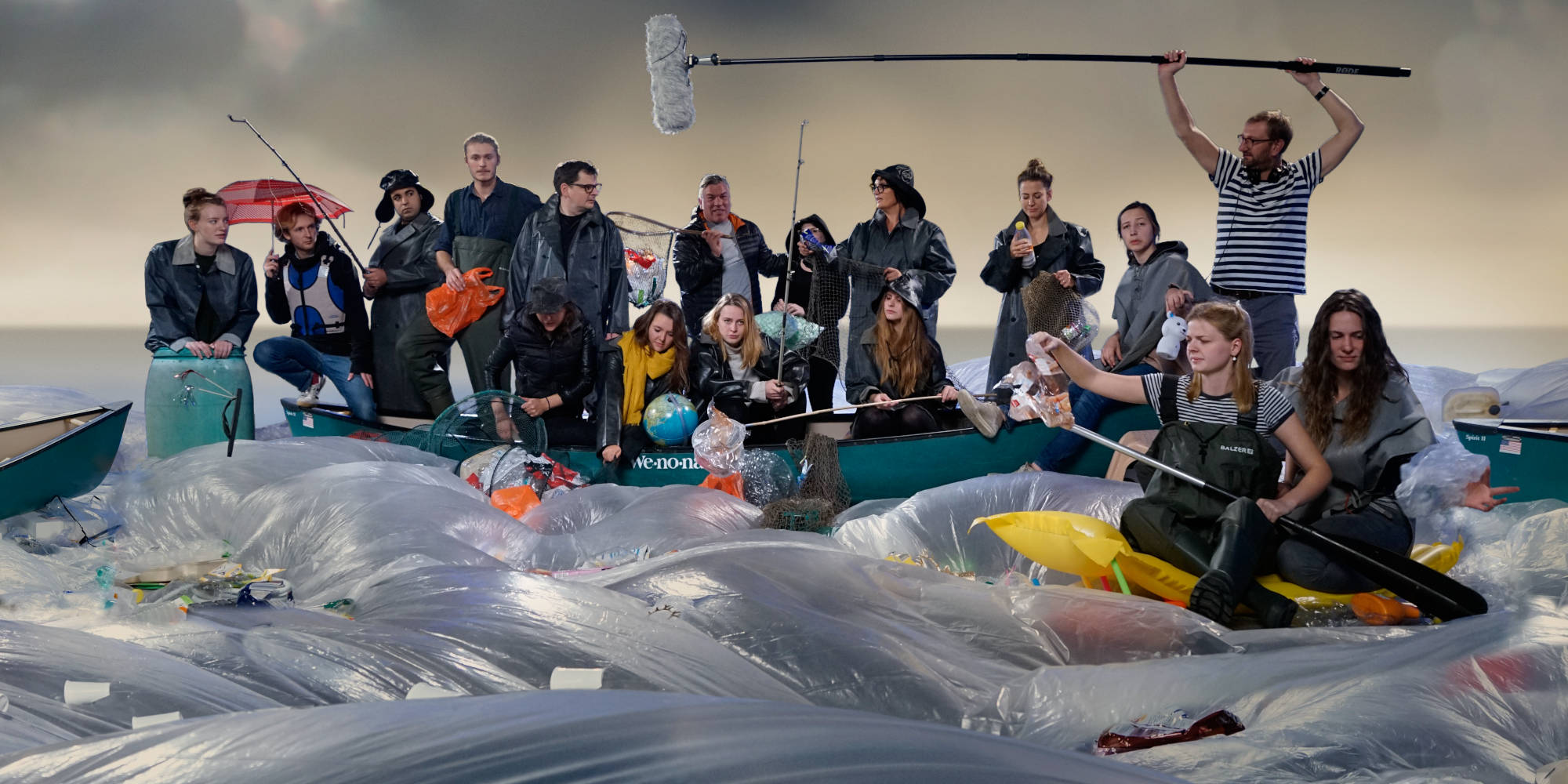 KUNST & INNOVATION PARTNER  The Universal Sea by The Institute for Art and Innovation , Nicole Loeser

Angelica Böhm (DE)
Angelica Böhm is the founder and artistic lead of the project. She is production designer, member of the German Film Academie and professor at Filmuniversity Babelsberg.

Lars Gutow (DE)
Lars Gutow works as a marine ecologist at the Alfred Wegener Institute in Bremerhaven, Germany. He is investigating on the responses of species and ecosystems to a changing environmental conditions, including the pollution of the oceans with plastics.

Jan Schneider (DE)
Jan Schneider is a 3D-Artist and Quill-Painter. He has made several VR-Experiences for the project.

Käthe Wenzel (DE)
Käthe Wenzel works about Utopian ideas, the future, and alternative concepts for society, infiltrating urban systems and services – from the streets to the internet. She is an artist and a professor for Aesthetic Practice in its Contexts at European University Flensburg.

Nicole Loeser (DE)
Nicole Loeser is an independent art curator and has been a gallerist for the past 15 years. She was EU-project lead of the Creative Europe project on water pollution (2017-2019). As Director of Art and Transformation at the Institute for Art and Innovation she currently coordinates the project Plastic Revolution. Furthermore, she is an art critic, author, speaker, lecturer and workshop facilitator focusing on transdisciplinary, and intercultural learning processes, lately on the topics of SDG-oriented practices and future-scenario-building.

Nicole studied Musicology, Cultural Studies and Economics at Humboldt University, Fine Arts at Art Academy in Berlin, and is currently a student in Digital Transformation at University of Applied Sciences in Vienna.

Julius Segele (DE)
Julius Segeler is a sounddesigner and audio engineer, who is about to finish his master studies at the Filmuniversity in Babelsberg. He recorded and mixed the english audiobook version of „CPOP“.

Joseph Owen Jackson (UK)
Joseph Owen Jackson is a filmmaker and PhD student at the School of Oriental and African Studies, University of London. He balances research in contemporary Afrodiasporic media forms with his role as Digital Media Disseminator for the ERC-funded research project ‘Screen Worlds: Decolonising Film and Screen Studies.’

Antoaneta Tica (RO)
Antoaneta Tica is a visual artist from Romania. Holding a doctorate in Costume for Performance, she currently teaches at the Fashion Department of the National University of Arts in Bucharest.

Justin Robinson (US)
Justin Robinson is a Composer for Film and Media. Graduating from the Electronic Studio Basel, he continued his studies in Filmmusic at the Filmuniversität Babelsberg KONRAD WOLF. His music encompasses scores for orchestra, chamber music, and the connection of acoustic elements with electronic synthesis.