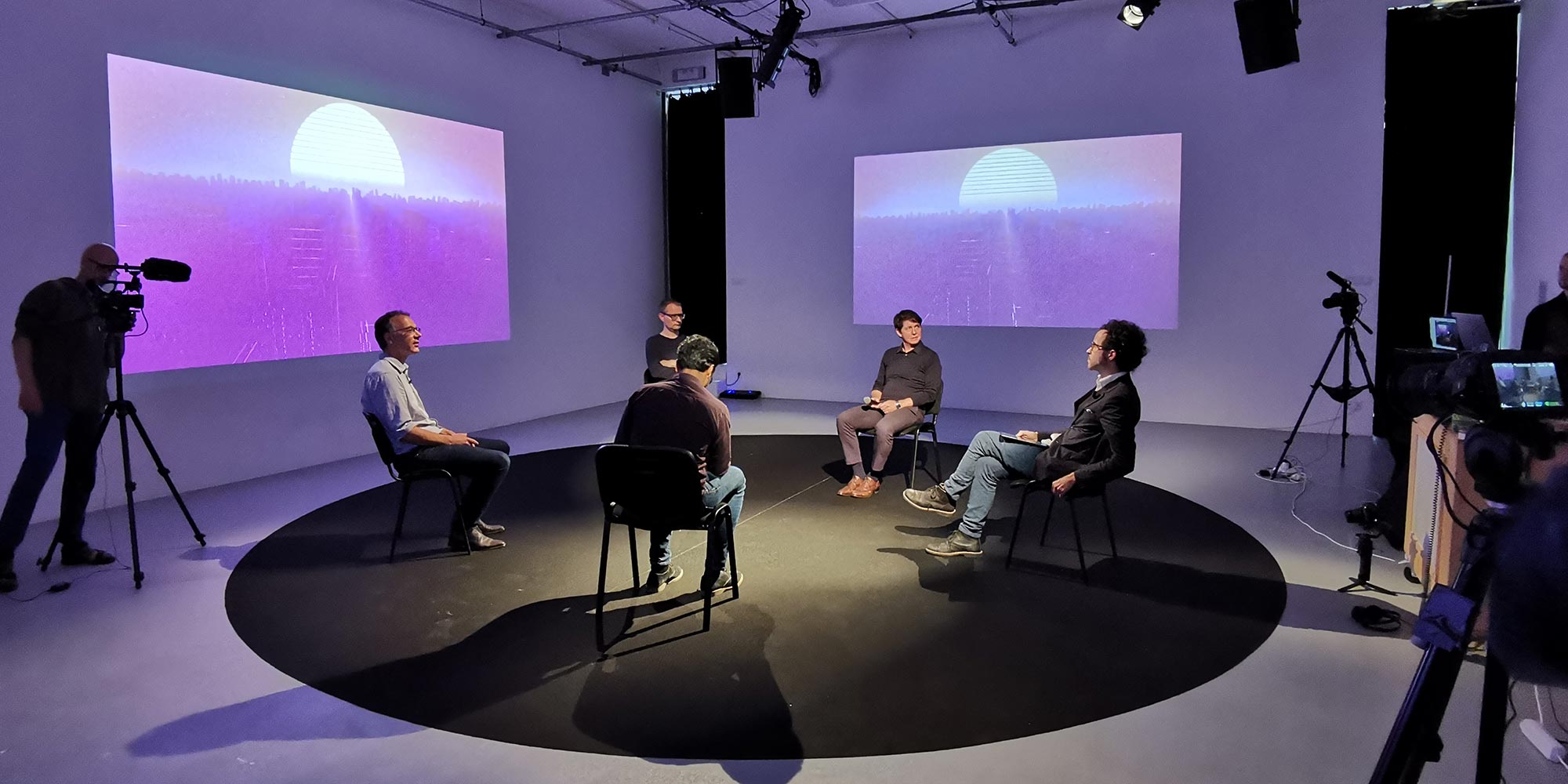 In “Gardens of Darkness, Gardens of Light” Utrecht-based media arts organization IMPAKT will present art projects and discussions addressing the perils and promises of technoculture at a historic moment, when the future seems profoundly uncertain. From the influence of memes and mythology on our imagination of Europa to the responses of artists and radical thinkers on the climate crisis, IMPAKT offers the visitor a survey of contemporary political fantasy as a theatre of Manichaean struggle.

In “Gardens of Darkness, Gardens of Light” Utrecht based media arts organization IMPAKT will present a survey of contemporary technoculture at a moment when the future seems profoundly uncertain.

“Radicalization by Design” will discuss the question of whether our media are radicalizing us: In connecting us, are social media also tearing society apart? How do trolls, conspiracy theories, memes and fringe platforms impact upon politics today?

“Radicalization by Design” will be presented in two parts, as a webproject (at radicalization.impakt.nl) and as a live online panel at Ars Electronica. In the live panel the discussions of the in the web project will be continued and focus on issues of freedom of speech, extreme speech, cancel culture and deplatforming. Guests in the Ars Electronica live-panel are Joanna Bryson (UK/DE), Bharath Ganesh (US/NL), Richard Rogers (UK/NL) and Sahana Udupa (DE).

“Abducting Europa” looks at how reactionary movements manifest themselves online and how the European political imaginary is permeated with metaphors of struggle, and dreams of national rebirth grounded in myth. With contributions by Simon Denny, Andy King, Szabolcs KissPál, Annika Larsson, Liliana Piskorska and Jonas Staal.

“Influencer” by oneseconds is a live interactive performance, where the audience decides the faith of the protagonist. Influencer questions the autonomy of the human being in modern times. How far are we influenced by the majority?

As a preview to the IMPAKT Festival 2020 “Zero Footprint” we have selected for you a recent episode of teamhuman.fm radio show of Douglas Rushkoff. In this episode Douglas Rushkoff is in conversation with senior lecturer in Indigenous Knowledges at Deakin University in Melbourne and author of “Sand Talk: How Indigenous Thinking Can Save The World,” Tyson Yunkaporta. Rushkoff and Yunkaporta discuss the Native American concept Wetiko, the abscess of Mark Zuckerberg, baby capitalists and poop. During the IMPAKT Festival 2020 Douglas Rushkoff will be in conversation designer and environmentalist Julia Watson, author of the book “LO–TEK Design by Radical Indigenism”, and other festival guests.

The IMPAKT Festival will be organized from Wednesday 28 October to Sunday 1 November 2020. The focus of the festival is the climate crisis through the eyes of artists and radical thinkers.
Finally the interdisciplinary collective Clusterduck will present “MEME MANIFESTO”, a transmedia project about Internet Memes, exploring the occult meanings and communicative potentials of memetic symbology, produced as part of an IMPAKT residency in the framework of the European Media Art Platform (EMAP). 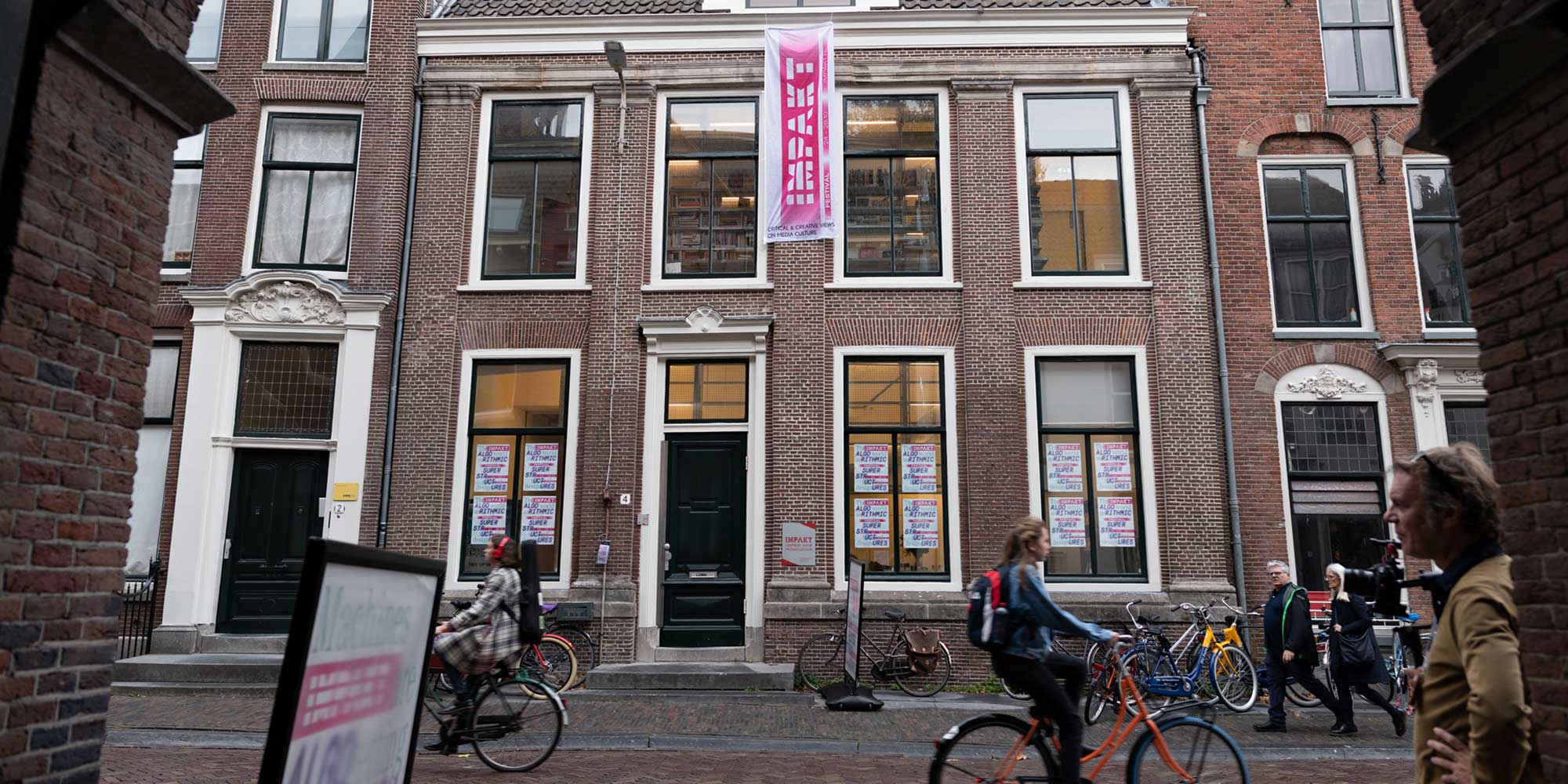 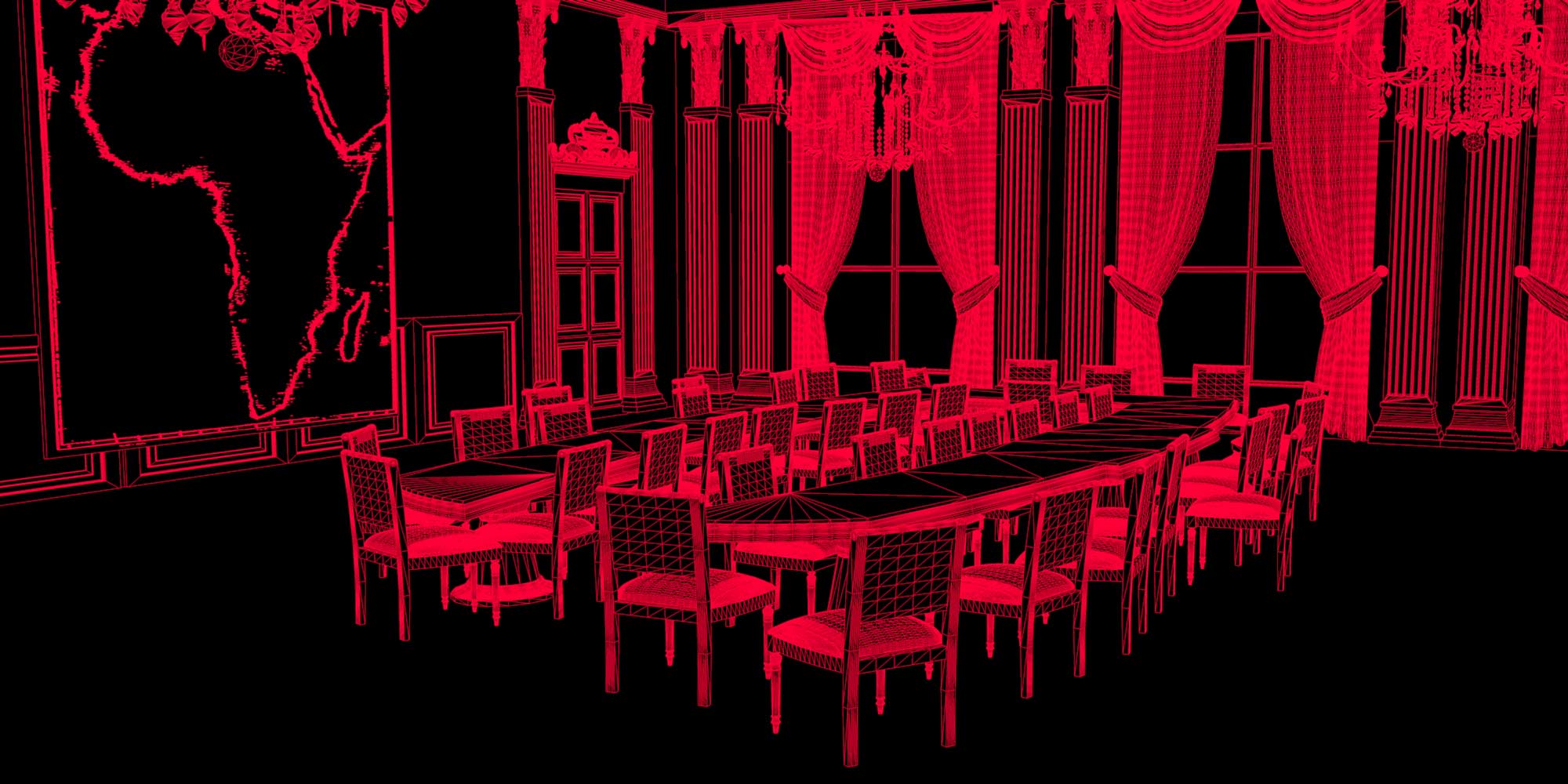 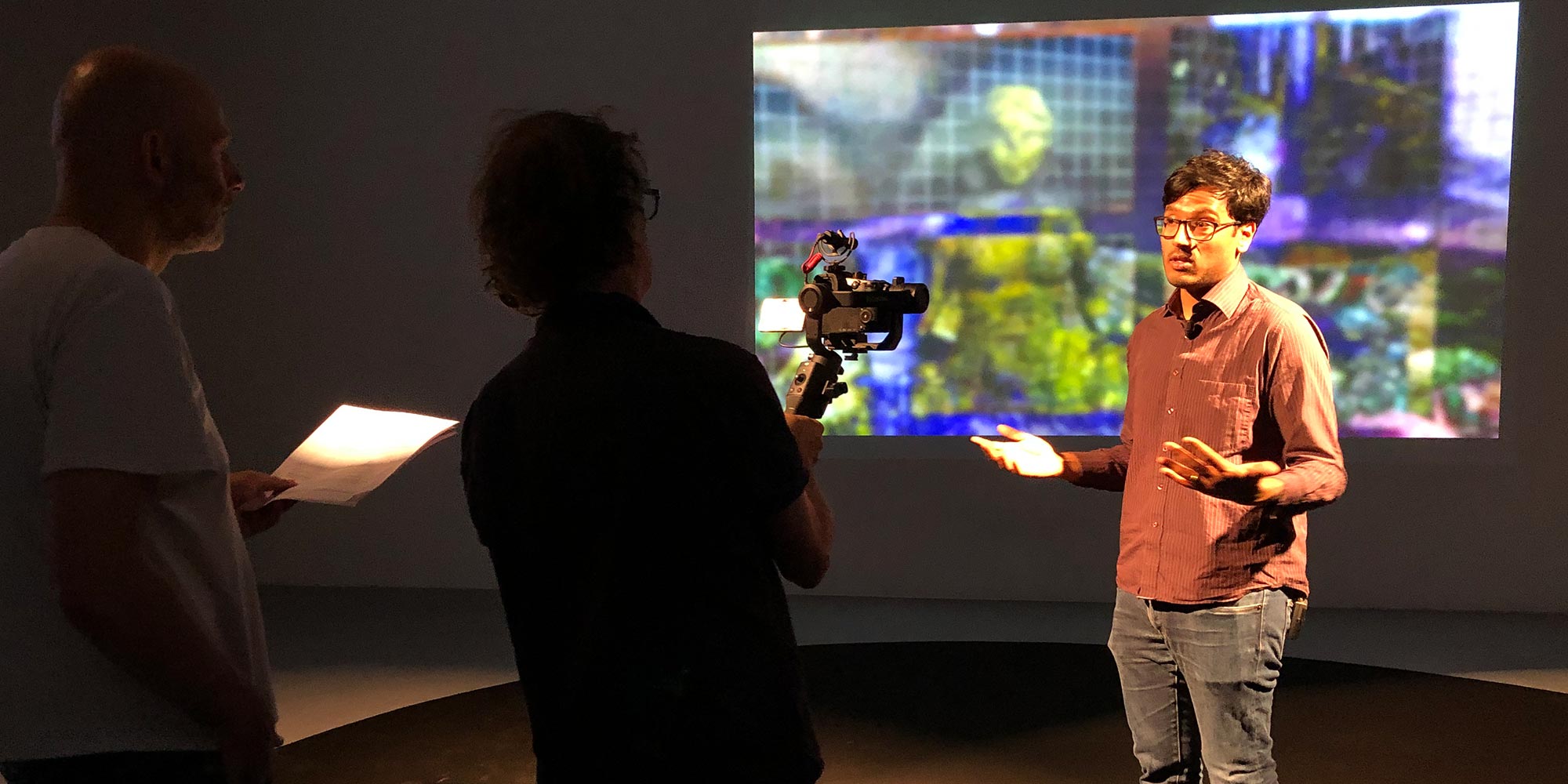 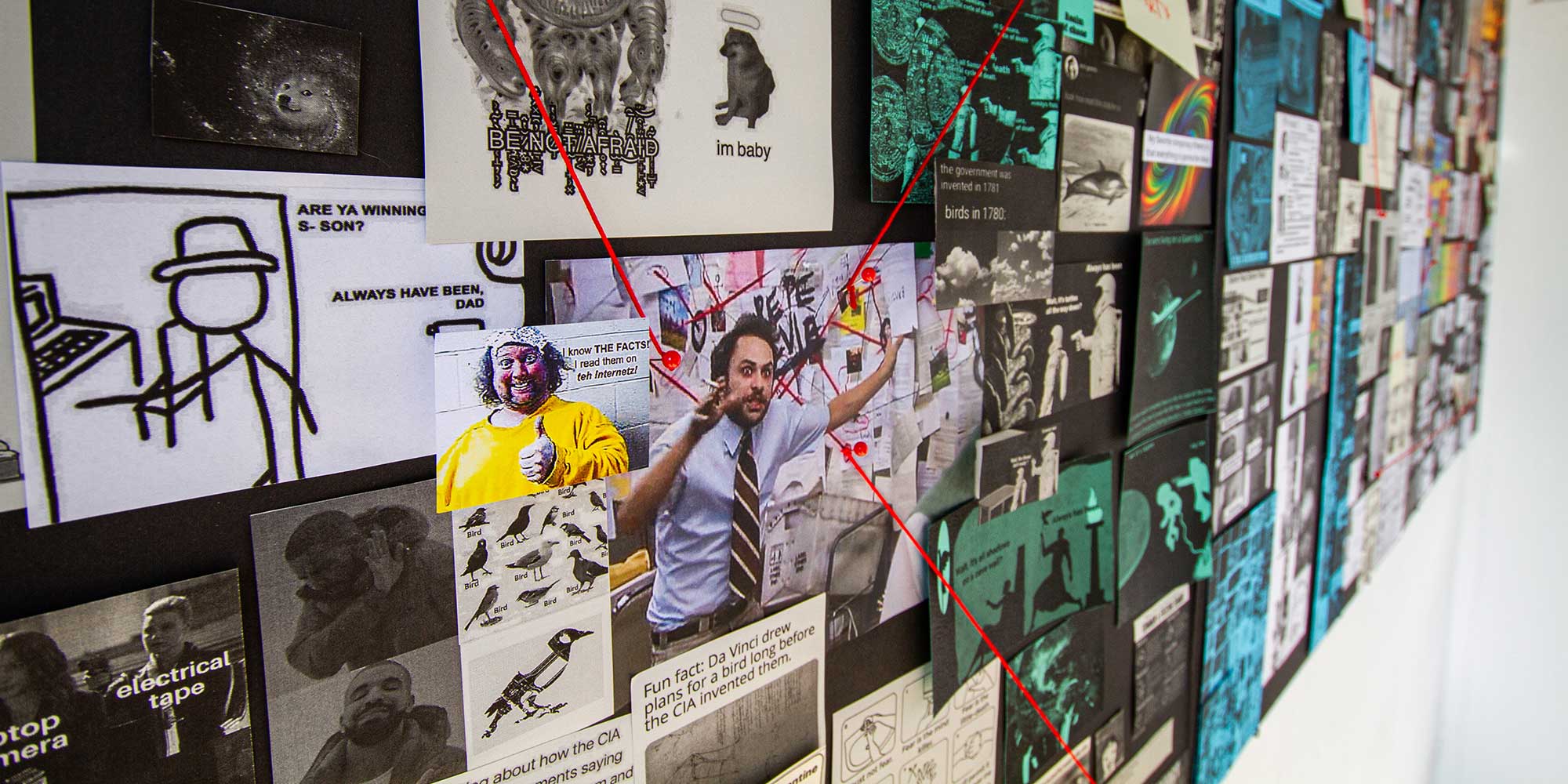 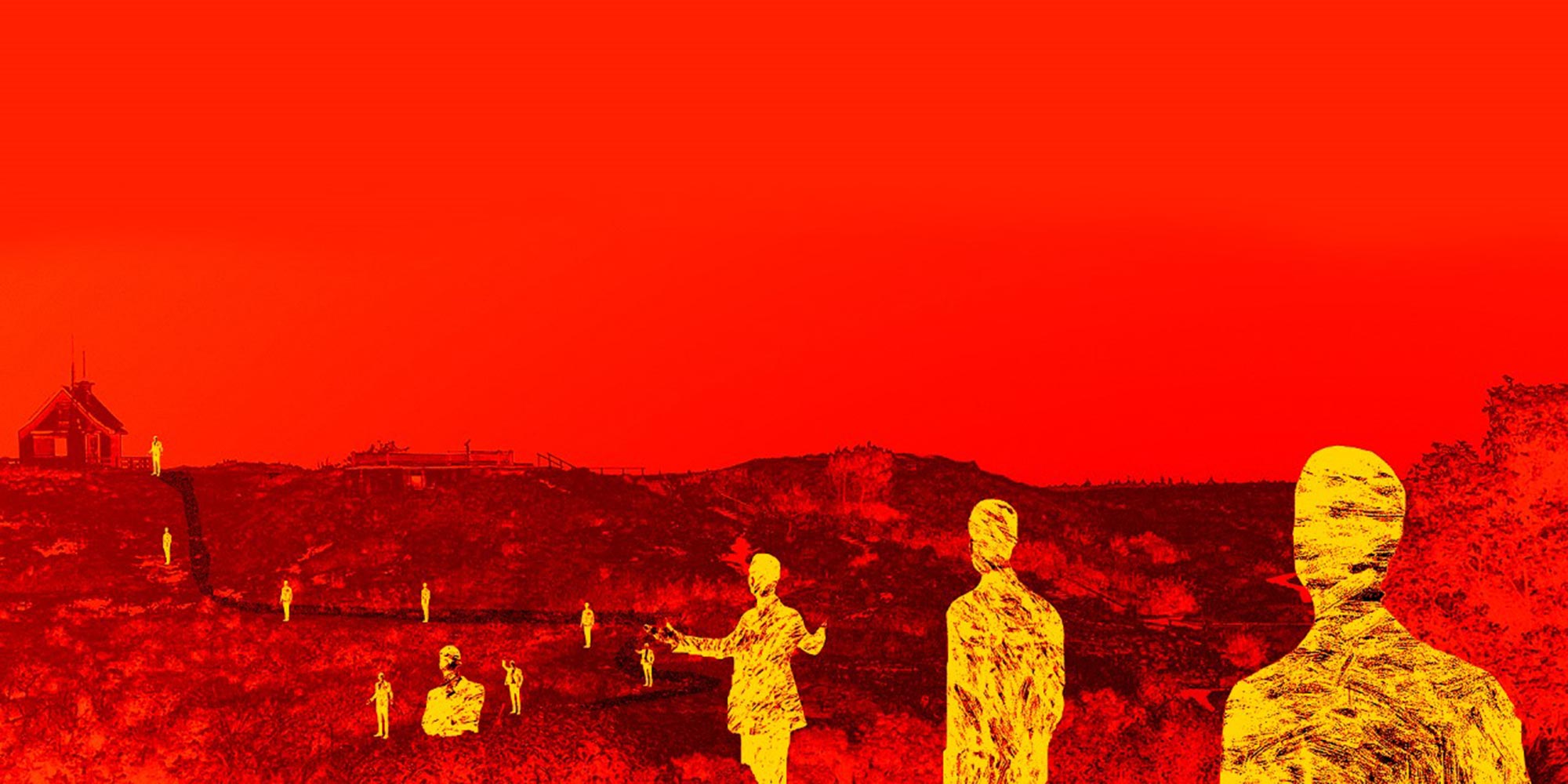 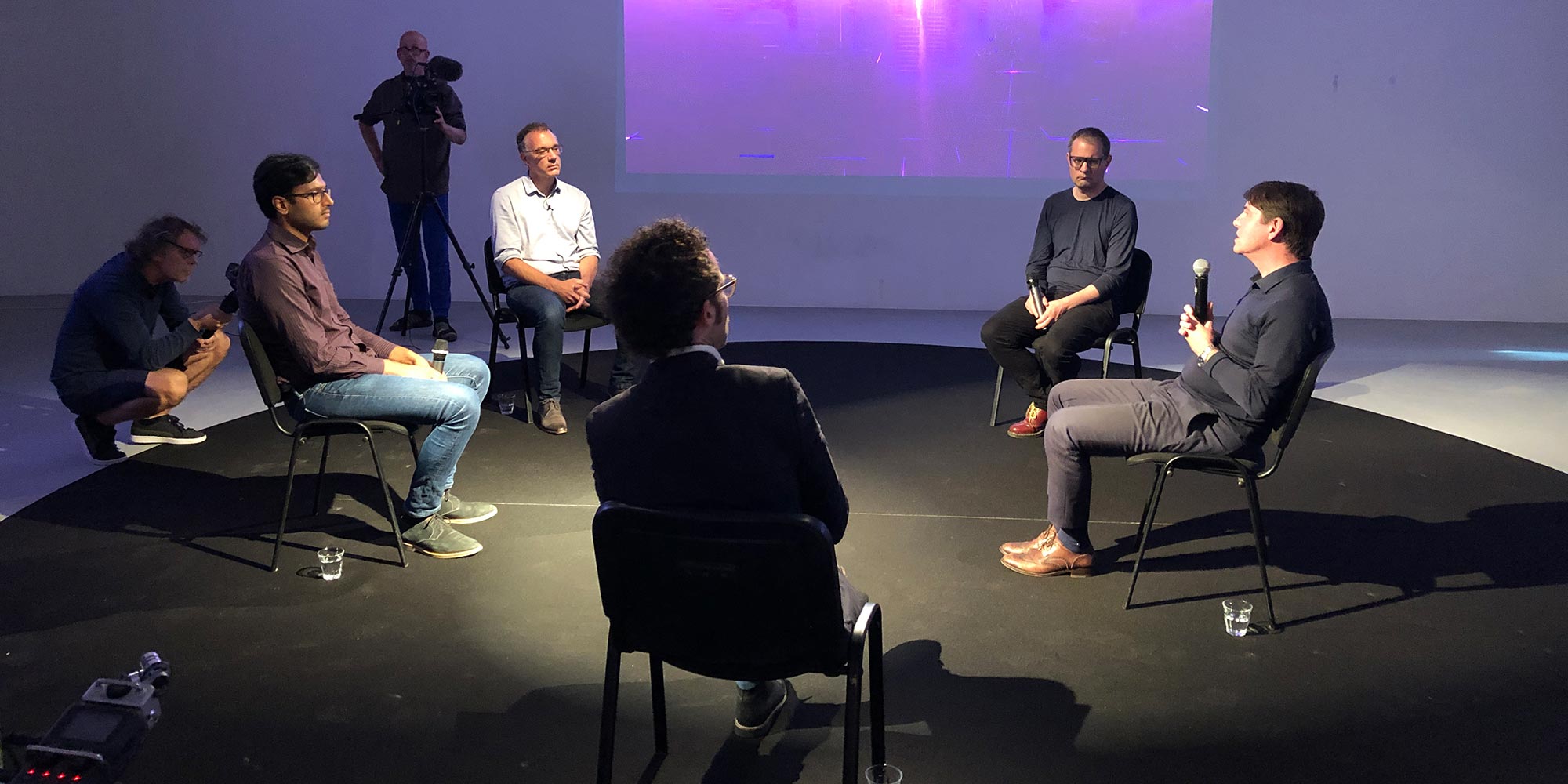 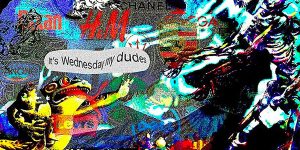 Based on the aesthetics of online conspiracy theorists, ancient grimoires, and cutting edge contemporary digital design, MEME MANIFESTO strives to be a manual for memetic production, a highly refined documentation of the contemporary memetic landscape and an art book about the hidden sides of the Internet. The project seeks to describe the personal experience of someone who is approaching meme culture, affirm the importance and power of memes, and give everyone the tools to harness this power. 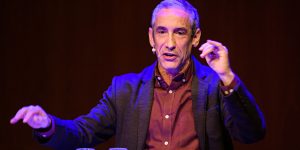 In the 2020 festival “Zero Footprint”, subtitled “Living and Connecting on a Damaged Earth”, IMPAKT will focus on the climate crisis through the eyes of artists and radical thinkers. How can we create structural change that can serve the many instead of the few? 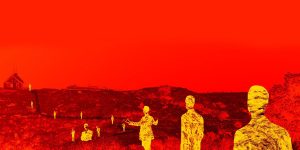 A 20 minute online interactive performance where the audience decides the faith of the protagonist. Influencer questions the autonomy of the human being in modern times. How far are we influenced by the majority?

Artists from the “Abducting Europa” exhibition will discuss their work in a series of artists talks, live and pre-recorded. Political fantasy, from myths of national rebirth to the esoteric dimensions of deep web conspiracy theories, these talks will discuss the use and abuse of history, the lure of a Golden Age, and alternative visions on Europe. 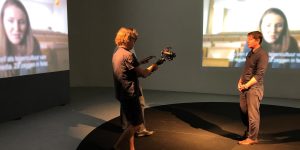 Live panel discussion – Speakers from the “Radicalization by Design” web project and other guests will discuss issues of freedom of speech, of extreme speech and deplatforming. Recently the big corporate social media platforms have come under immense pressure to clean up their act. 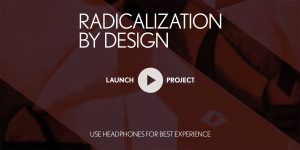 Webproject – Radicalization by Design will discuss the question of whether our media are radicalizing us. Is social media tearing society apart? How do trolls, conspiracy theories, memes and fringe platforms impact politics today?

IMPAKT is a media arts organization based in Utrecht the Netherlands. We present critical and creative views on contemporary media culture and technology in an interdisciplinary context. We organise events, exhibitions and residencies throughout the year at the IMPAKT Centre, our venue in Utrecht. Our main project is the annual IMPAKT Festival, a five-day multimedia event that includes exhibitions, film screenings, lectures, panels, performances and artist talks at various locations in Utrecht. 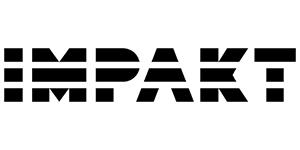