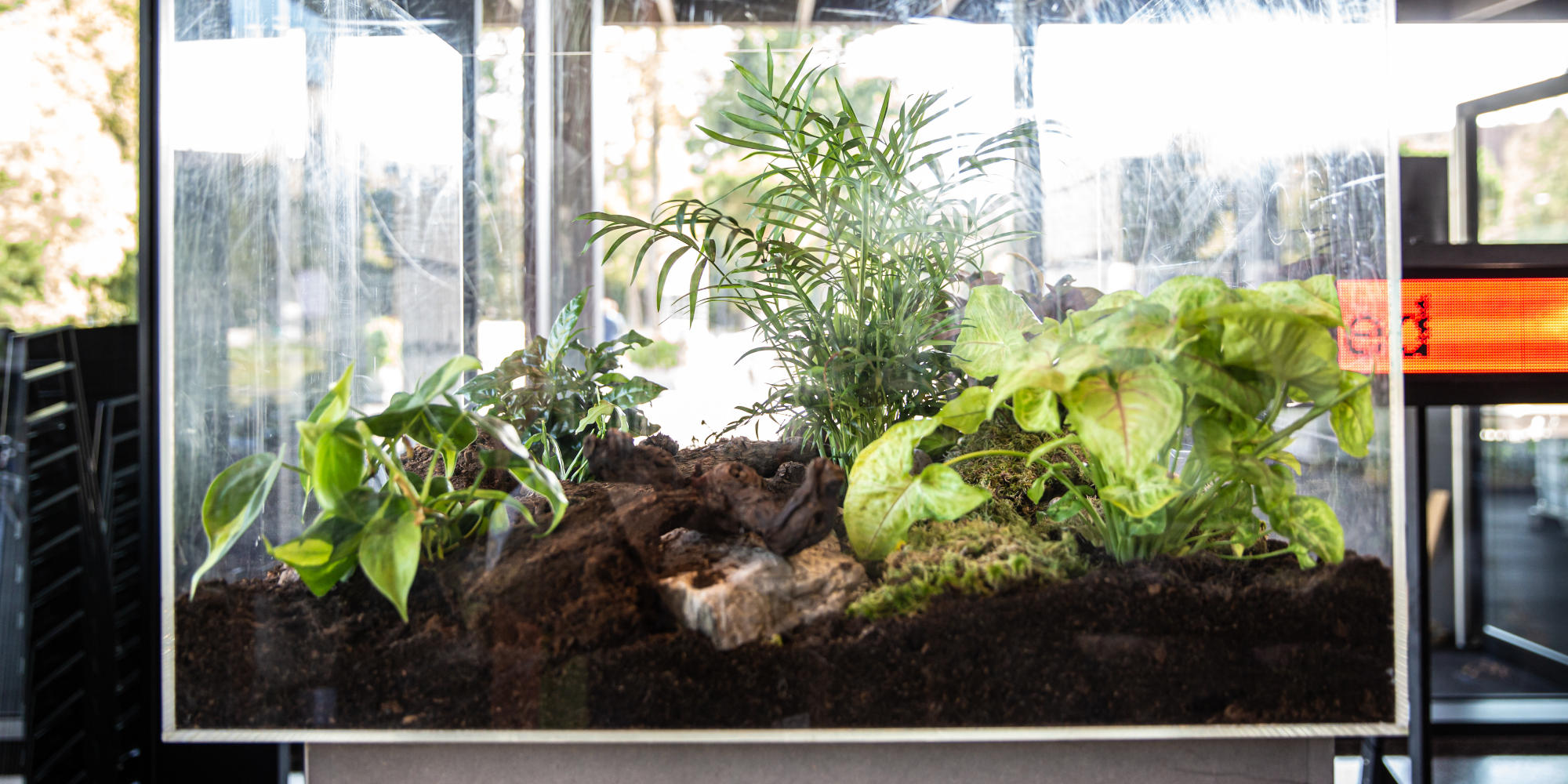 Bio-art: When a Tree became a Partner

The project EDEN Ethics – Durability – Ecology – Nature touches on a range of issues, including the protection of endangered plant species and interspecific communication between living subjects that are placed in the “inhuman”category.

It is aimed at creating a new Garden of Eden as the ultimate goal of introducing innovative technologies to art and using unorthodox thinking to solve ecological problems. In collaboration with scholars from various countries, Olga Kisseleva is “resurrecting” plant species around the globe. The study of trees as guardians of biological and historical memory has a special place in this project. The memory captured through its trees perceived as time capsules is a message about the future, despite the tragedies of the past.
The artist scrutinizes the hypotheses advanced by European scientists, according to which plants can “communicate” among themselves. Humans can follow their communication through the interactive installations created by the artist. The trees included in the project can talk to humans through the Internet and let them know about any danger which can be perceived by vegetation before we know about it.

Datascape is an interactive program that materializes and analyzes the whole communication activity of the organic network based on vegetal medium across the selected geographical area. At the heart of this project is the dynamic database dedicated to regional trees and to the broader ties between vegetal heritage, climate, and society. This database will be the source of all visual displays seen by the public and it will also have an interactive dimension: as the project goes on, the public itself will be able to feed the database thanks to a specific QR code. One of the directions of bio-art explored by the artist Olga Kisseleva is the possibility to avoid or inverse the natural catastrophe by bringing extinct species back to life, or creating new species on preexisting DNA bases. An artistic utopia, assuming that extinction, despite its supposedly definitive and irreversible nature, can be revoked thanks to the advancement of contemporary human civilization.

One of the key figures in international art&science field Olga Kisseleva (RU) approaches her work as a scientist. She calls upon collaborations with exact sciences, biology and geophysics and she proceeds with experiments, calculations and analyses, while strictly respecting the methods of the scientific domain. Olga Kisseleva has had major exhibitions in Modern Art Museum (Paris), KIASMA (Helsinki), Museo Nacional Centro de Arte Reina Sofia (Madrid) Fondation Cartier for contemporary art (Paris), Centre Georges Pompidou (Paris), Guggenheim Museum (Bilbao), NCCA (Moscow), as well as Biennales of Dakar (2002), Tirana (2003), Moscow (2011), Istanbul (2013) and Venice (2019). Her works works are present in many of the world’s most important museum collections, including, the Centre Pompidou, Louis Vuitton Foundation, ZKM, Moscow Museum of Modern Art and the NY MoMA.
Olga Kisseleva teaches contemporary art in the Sorbonne University of Paris, she is the head of Art & New Media program and Founding director of Art&Science International Institute.