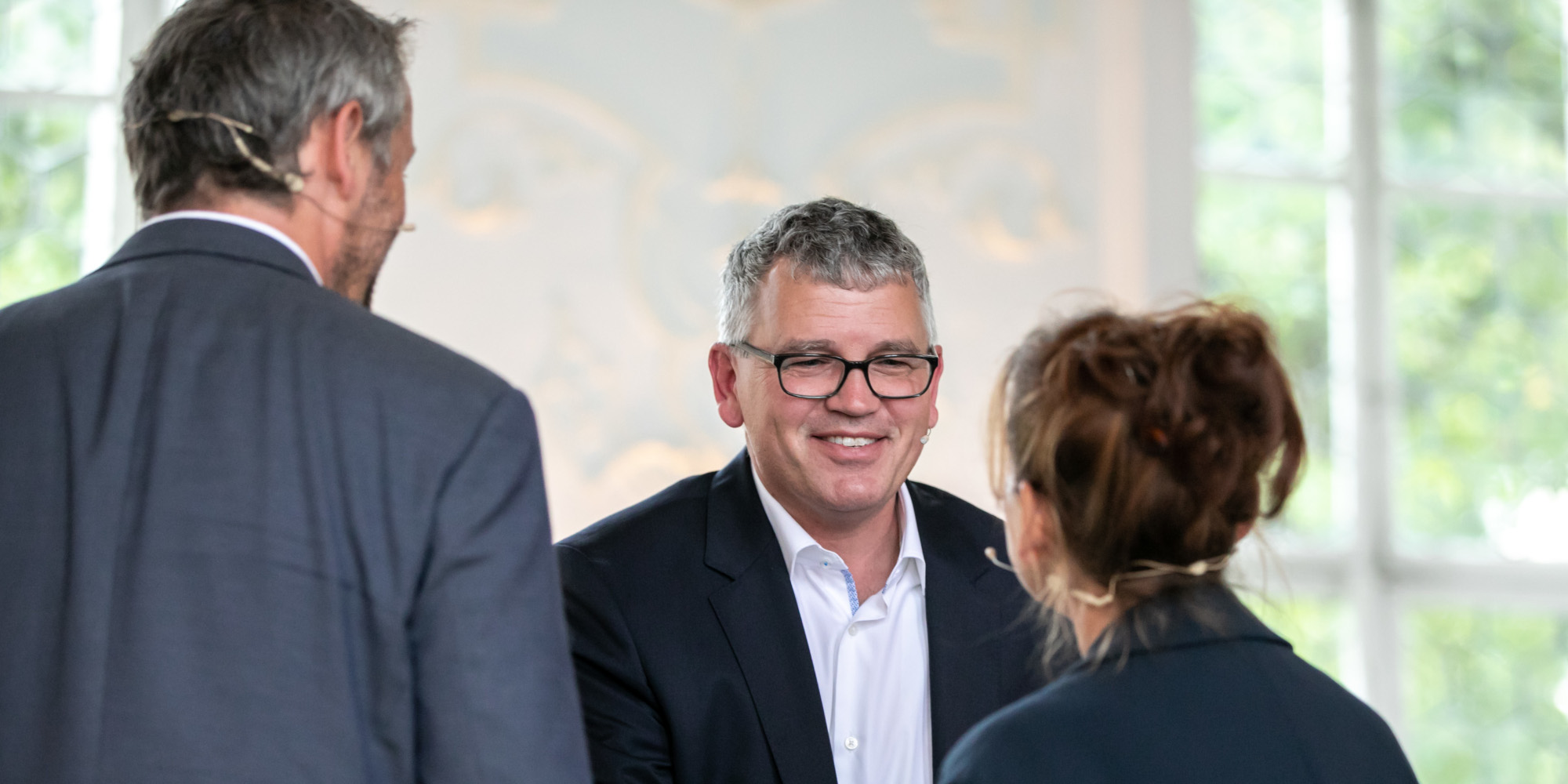 AI is expected to open many new possibilities for creators, not replacing them but assisting and supporting their work. Even more so we see big expectations for the businesses related to the distribution of music. What are the consequences and implications? What kind of new business models can we expect? How will this affect the artists?

Markus Poschner (DE)
Born in Munich, Markus Poschner was awarded the German Conductors Prize in 2004 and has since then received regular invitations from top orchestras both on the national and international platform. Nowadays he is above-all known for his breath-taking interpretations and recordings of Beethoven, Brahms and Mahler. Since the season 2017/18, Markus Poschner is Chief Conductor of the Bruckner Orchester Linz and Music Director of the Landestheater Linz.

Douglas Eck (US)
Douglas Eck is a Principal Scientist on the Google Brain team in Mountain View, CA. Currently he is leading the Magenta Project, a Google Brain effort to create music, video, images and text using deep learning and reinforcement learning. He is also exploring related research in generative models for domains like open-ended dialog and video generation. Before joining Google, Doug was an Associate Professor at the University of Montreal Computer Science Department in the MILA machine learning lab.

François Pachet (FR)
François Pachet got his Ph.D. and Habilitation from Université Pierre et Marie Curie (UPMC), after an engineer’s degree from Ecole des Ponts et Chaussées. He joined SONY Computer Science Laboratory Paris, where he developed several award winning technologies such as MusicSpace, Continuator for interactive music improvisation, and Flow Composer which paved the way for AI-based score composition.
François Pachet was elected EurAI Fellow in 2014 and doctor Honoris Causa of the University of Pernambuco (Brazil) in 2017. He was Principal Investigator of the Flow Machines ERC-funded project, which produced (with the musician SKYGGE) Daddy’s Car, a song in the style of the Beatles, and Hello World, the first mainstream music album composed with AI.
He is also a musician and has published two music albums (jazz and pop) as composer and performer. His current goal is to build a new generation of tools to assist music creation.