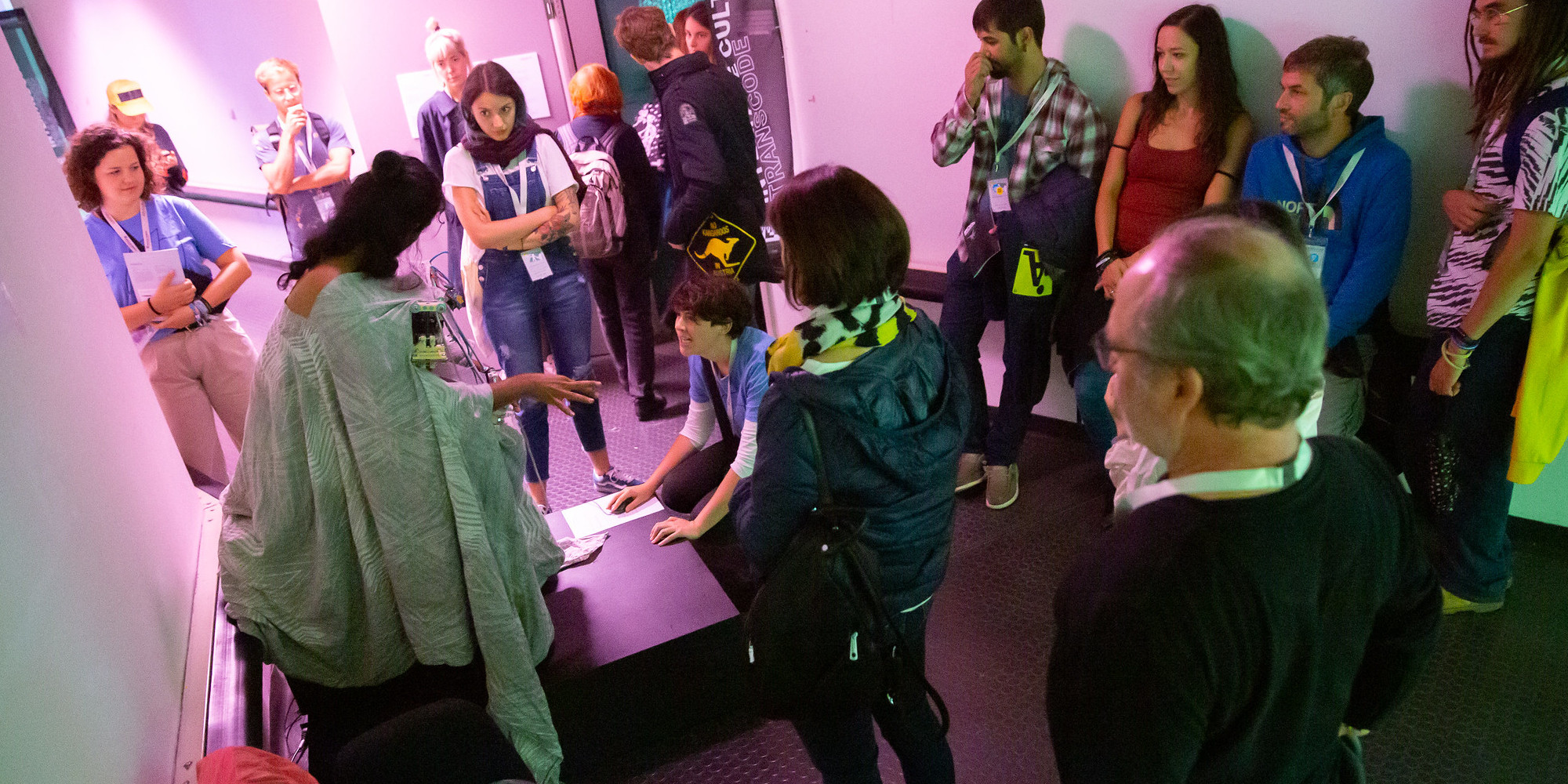 MachinedHuman! is a performance-oriented interactive installation that questions the existing. We are presented with an enthroned instance, apparently half human and half machine. The heart of this entity can be controlled by the functions of the mouse. It reacts to the movement of the mouse and the mouse click leads to a search for the essence. Only one person can interact with the entity, while the number of spectators is flexible. The audience is allowed to interact with the character by following instructions for the machine side of the instance. Moving the heart of the entity moves the entity. The viewers are also given the freedom to say a word in the ear of the machine, which means that the emerging dominance of the machine over the human being contradicts the artist as a human performer. The artist is convinced that in the end the human mind, and thus the human being who is the creator of the machine, will always be the superior, similar to God’s idea of man.

Jaskaran Singh Anand (IN/AT)was born in New Delhi, India and is now based in Linz, Austria. He graduated in the field of Computer Science, in Dance Performance and Pedagogy from Anton Bruckner University (Linz) and is currently pursuing his Masters in Interface Culture (Art University, Linz). His work focuses on human psychology, political and the social issues of the world and he believes that the three are influenced by each other. He looks forward to crossing borders, in different depths of artistic mediums with a focus on body. He has performed, choreographed and taught across Europe, and India since 2009 and and he has been freelance dance and performance artist since 2012. While creating his own work he has collaborated for various dance projects, and short films across India, Europe and USA. His social dance project “A New Day” and “Hibernating further” have been supported by Linz Kultur. He has been an assistant choreographer for an Indian feature film “Haider”, directed by Vishal Bhardwaj. He leads a movement oriented workshop “Moving Egos” which is based on the pyschological concept of self and the “I”.