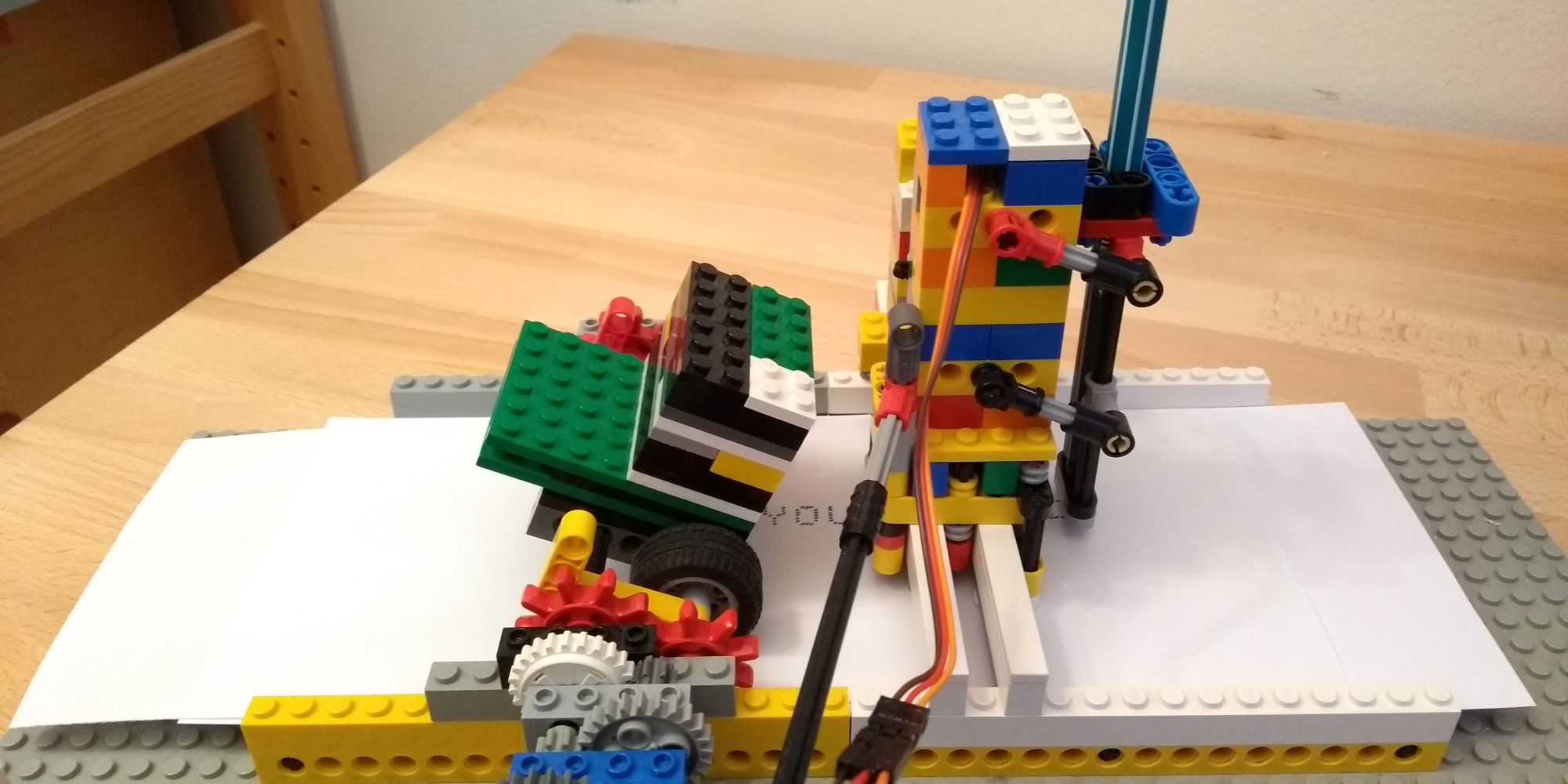 u19 Winner: u14 Award of Distinction

Plottegoino is an Arduino-controlled Lego plotter that can print any desired letters. A servomotor operates a switch for a Lego motor. By means of a gear wheel, two rubber wheels are turned that advance the paper line by line.

Another servomotor moves a carriage with a pen back and forth. A third motor is mounted on this carriage. Two Lego arms convert its rotary movement into an up/down movement. A holder contains a felt-tip pen that makes dots on the paper through this up/down movement. The Arduino controls the three servomotors in such a way that the lettering that has been entered is plotted. With the exception of the Arduino parts, the plotter consists almost entirely of Lego blocks, and servomotors are also mounted by means of a Lego construction.