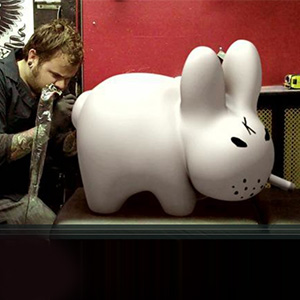 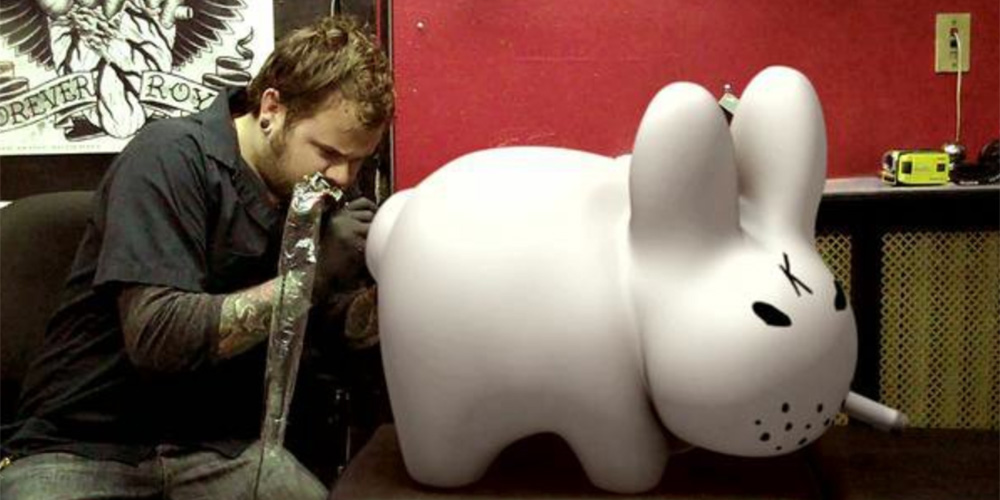 If there’s one person who really knows his stuff when it comes to animated film characters, then it’s Rob O’Neill. Currently “Character Technical Director Supervisor” at DreamWorks Animation, he’s had a hand in such hits as “Shrek 4D,” “Shrek 2” and “Madagascar.” Now, Rob’s a member of the jury in the 2015 Prix Ars Electronica’s Computer Animation / Film / VFX category. So, what exactly determines whether an animated figure is well-received by viewers? What trends are emerging? And what can animation filmmakers do to get their films seen by larger audiences? Rob O’Neill, author of the book “Digital Character Development: Theory and Practice,” has some initial answers to these questions.

And don’t forget—you still have time until March 15th to submit your own media art creations for 2015 Prix Ars Electronica prize consideration!

What are the basic elements of a digital and animated character in your opinion?

Rob O’Neill: The basic elements are the model, the joints and motion system, the deformations that shape the model, and the control set for animators to interface with. However, these don’t all add up to a believable character. Without a well-designed model that represents the artistic vision and a fleshed out backstory that gives an animator some context for the performance, all the technical details are meaningless. It doesn’t matter if the character is a stylized graphic cartoon or a photo-realistic digital double – the same rules apply. The character must be compelling in its default state; its design must jump off the screen at you. If it does this, then the rigging process of bringing that model to life is easier and you will get better results. Once the character setup is completed, the animation and surfacing are what really brings the character to life and make the biggest impact on the screen. Those two pieces are what take the design everyone loved on paper and sells it to the audience in the form of a character they can root for, fear, or fall in love with.

If you look at the developments in animations within the last several years – do you see any trends in character design?

Rob O’Neill: I think we are still heading in two directions: realism and graphic. It’s likely always been this way. There is the desire to recreate what is known and also a desire to try to create the unknown based on dreams or how one feels. For the big Hollywood VFX work, many of the creatures are very insect-inspired with complicated exteriors and hard-to-read faces. You’d think this would make them menacing and scary, but actually creatures such as these are very hard to relate to and become disposable (and worse, forgettable) in films.

I would love to see a return to memorable creatures with attributes that draw the viewer in and get them invested even if the character is a villain.

On the stylized side of things, there is a return to the classics with many productions looking to films like “The Jungle Book” for strong graphic character inspiration. Designers are remembering that silhouette is key, and designs are becoming more and more graphic so that they read in every pose of the concept work. This design approach translates so well in the animation.

Apart from animation and visualization, you have studied anthropology and archeology – how important is it for animators to look at things in an interdisciplinary way?

Rob O’Neill: I think it is incredibly important for artists working in animation and visual effects to have an interdisciplinary outlook. In both of these arenas, you are asked to create entire worlds, habitats, and creatures that must be believable and compelling. This requires constant observation of the world around you and the ability to pick up on details that others may take for granted. When it comes to characters, the subtlest motion and detail are what convince the audience that the character on the screen is alive.

I think it is important for all artists to have exposure to human evolution to know where we came from and how tool-making, art and culture have developed.

My background in anthropology and archaeology have provided me with a deep understanding of comparative anatomy and a good frame of reference for inspiration from material culture from around the world. Tapping into these knowledge bases gives me a great foundation when designing my films.

Do you have any advice for filmmakers who want to build up a well worth seeing portfolio of animations and films?

Rob O’Neill: Make, make, make. We live in an era where a 10 second clip can be seen by millions of people and inspire. We don’t have to wait for film festivals to say the work is worth viewing anymore when you can reach a huge number of people via social media. I think those traditional venues are still excellent for building a CV and making connections but you shouldn’t be putting all your eggs into one basket and relying on festivals as your only outlet. Collaboration is also key. The more you can work with others and trade skills the more you’ll produce and the more you’ll learn. See how others work and get their films out. Building a group of like-minded filmmakers will give you a support group to help spread the word about each other’s work and keep an eye out for opportunities. The other critical factor is having something to say and the skills with which to say it in a visually compelling manner.

Your films are the product of your brand and everything you make should support that. 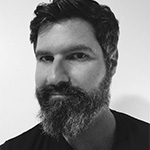 Rob O’Neill lives and works in Los Angeles. He is a filmmaker, designer, and programmer whose work is informed by natural history and complex systems. Rob is currently a Character Technical Director at DreamWorks Animation. He is also a founding partner of Kickstand: Animation Research + Design. Rob holds an undergraduate degree in anthropology from Brooklyn College of the City University of New York where he focused on anatomy and biological anthropology. He holds an MFA from Parsons School of Design in Design and Technology with a focus on animation and visualization. Previous professional experience includes: Researcher in Cultural Resources in the Division of Anthropology at the American Museum of Natural History; Character Technical Director at PDI/Dreamworks on “Shrek 4D”, “Shrek 2”, and “Madagascar”; Character and Research Technical Director at Charlex/Launch; Studio Technical Director at Eyebeam; and Director of the Digital Arts Research Laboratory at Pratt Institute. Rob is the author of “Digital Character Development: Theory and Practice” published by Morgan Kaufmann (Elsevier) and is the creator of OpenPipeline, the widely-used, open-source, framework for animation production.