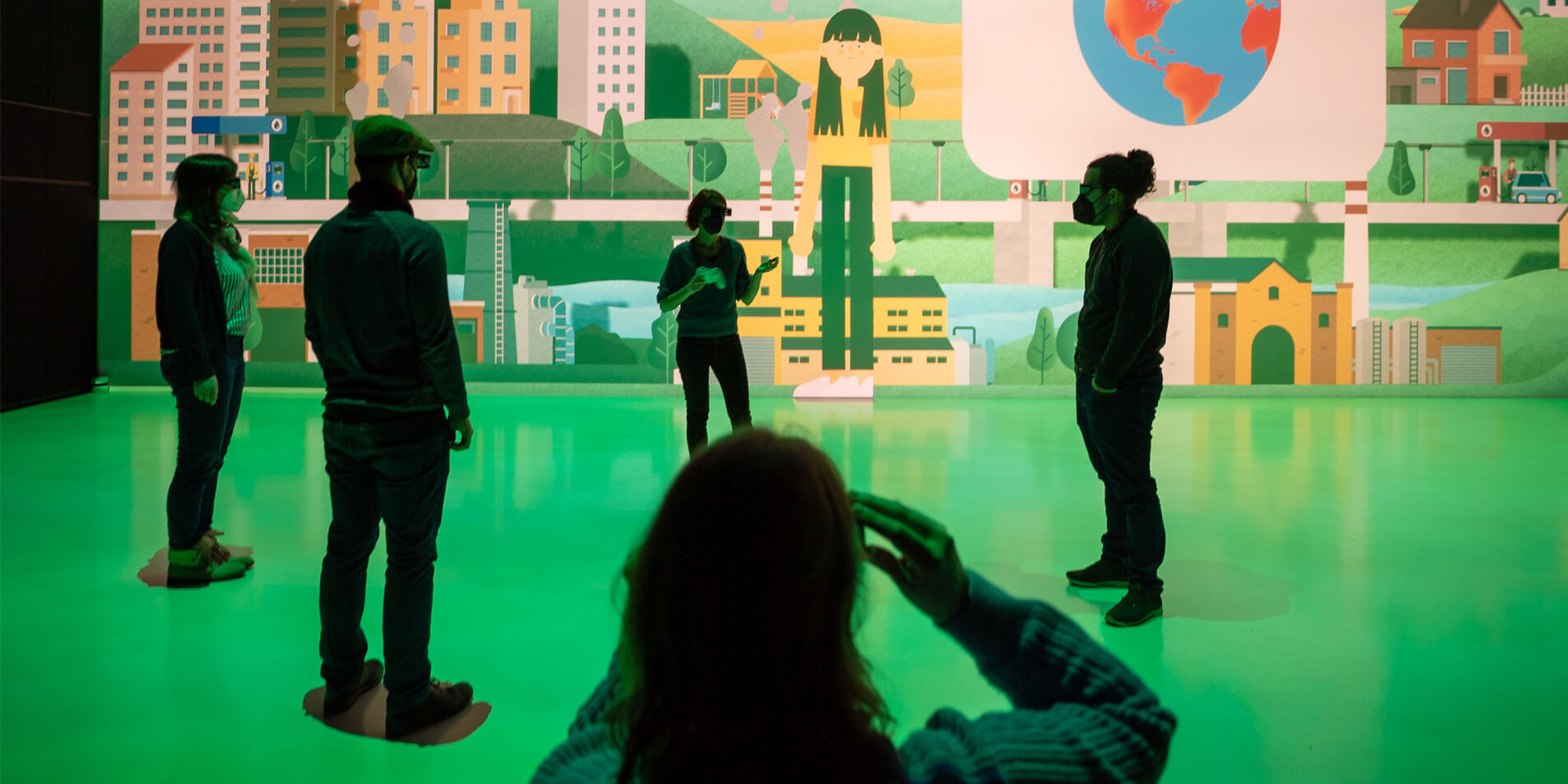 But what does this ominous “society” in our name really stand for? What topics does Ars Electronica deal with, where does it get involved? On the basis of the past year, we’d like to take another look at how we define our role in relation to and in the midst of society, and what we deal with. First of all, our goal is to explore current developments in our digital society together with artists, scientists, developers, designers, entrepreneurs and activists, and to speculate about how they’ll shape the future. We put one credo first and foremost: We humans are at the center of everything we do.

Is there a Planet B?

The saying “There is no Planet B” has been a catch phrase since the Fridays4Future movement. This Planet B, which does not exist, is meant to remind us that there is only one Earth and that we are on the way to losing it if we do not act. “There is no Planet B” thus also became the annual focus at the Ars Electronica Center in 2021 and the title of a new exhibition that deals with global warming and human responsibility.

Now, 2022 is titled “Welcome to Planet B”. What now? Suddenly there’s a Planet B that welcomes us all? Big mistake, the title of this year’s festival and applications of the same name in Deep Space 8K (which, by the way, underwent a makeover in the spring and attracted audiences to the center with new features and applications) is more of a thought experiment:

What would life on Planet B look like if we had made it? Which conditions would it have needed and what would have been the role of art in it? Welcome to Planet B – A different life is possible! But How? A festival on a challenging journey to find answers to the contradictions of our time.

“Neither naive escapism into virtual worlds, nor the technological ultra-topia of space colonization will save us from facing the big, uncomfortable questions. How will our life on this planet have to look to prevent ecological super disaster? What actions must we take and what consequences must we accept? How much persuasion, how much effort, how much pressure, how much coercion will be necessary, and what “collateral damage” will be involved?“

“Society” for Ars Electronica doesn’t just mean pointing the finger at the people out there, but also tackling our own issues: The festival’s focus isn’t just a call to the public to address global warming; we’re also facing our own responsibility as a producer of carbon dioxide. As Green Event partner, we were evaluating our own sustainability goals even more careful than before. Whether it’s mobility, circular economy, energy and water oder social responsibility: Everything has been analyzed for improvement.

But of course the topic of sustainability has also accompanied us on a content level. The theme exhibition had the topic of STUDIO(dys)TOPIA (read more about it in our last blog post), but as well Giulia Foscari and UNLESS with their work “Antarctic Resolution”, the STARTS Prize 2022 winners, should be consideres here, as well as exciting speakers among our conference guests like Ernst Ulrich Weizsäcker, former president of the Club of Rome, or the Morning Inspirations of the Futurelab Day, where the topic was creativity and how it can help fight the climate crisis. 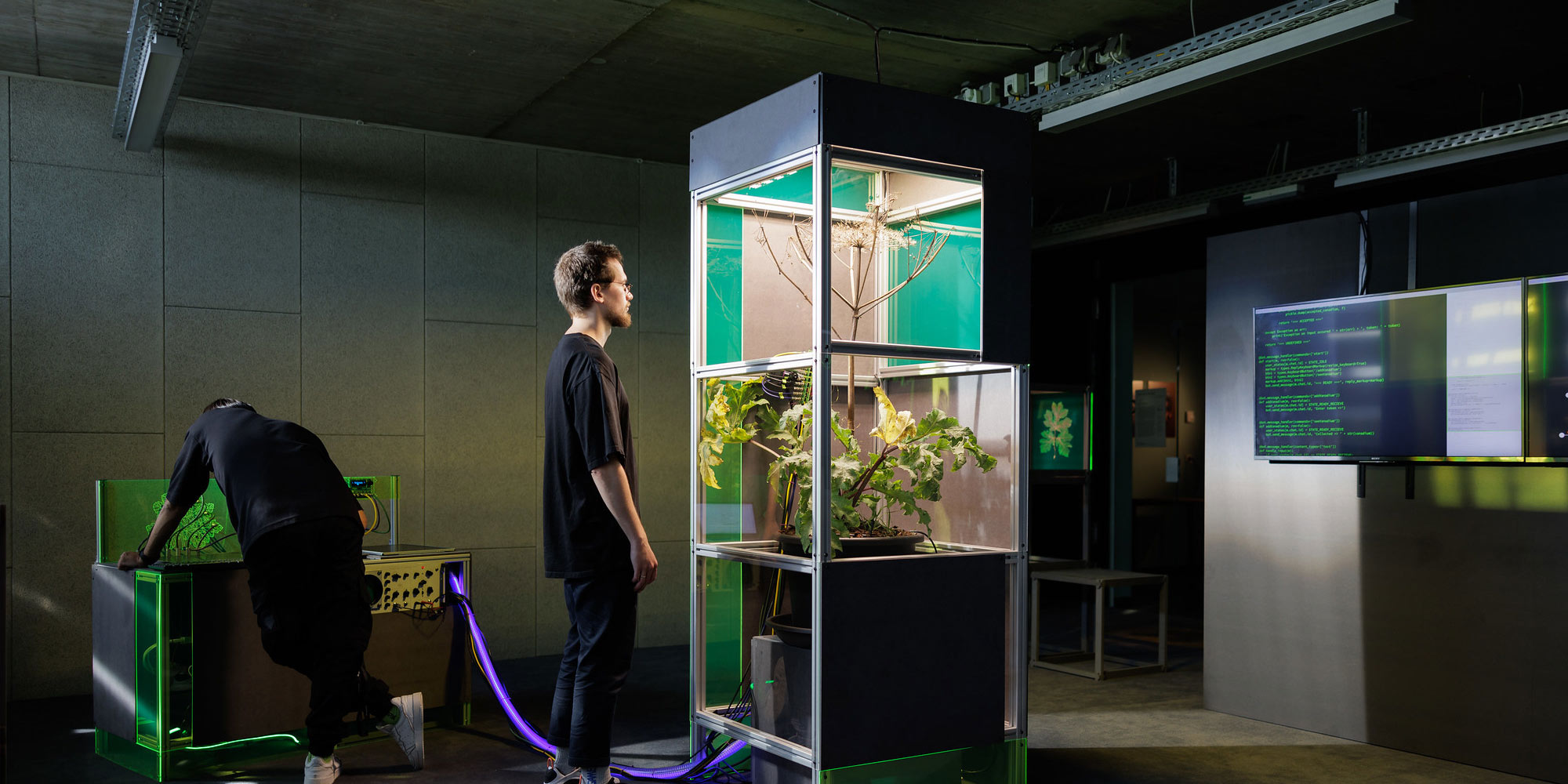 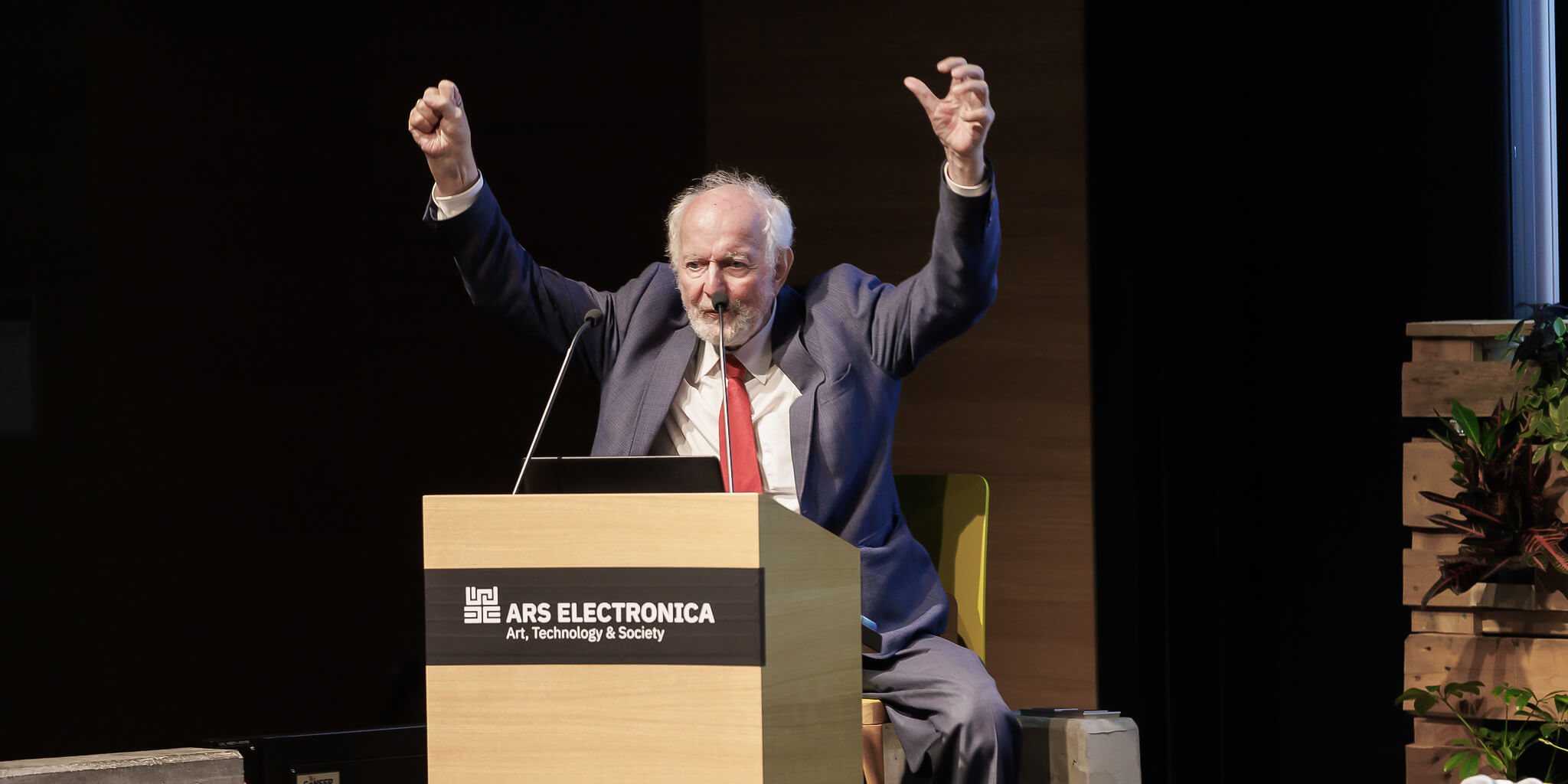 In addition to the direct activities of the festival, a Festival University was held again this year in cooperation with the JKU, inviting young people from all over the world and from all disciplines: Transform your world The result of the three weeks summer program was a “Climate Court”, a fictional court in which the young people negotiated climate issues from the perspective of different parties and under the chairmanship of recognized jurists from the JKU.

By the way: At the end of the year, we reaffirmed our commitment to sustainability by becoming a “Climate Alliance Partner. We’d also like to mention our colleague Elias, who, in his role as building services engineer, plays a key role in improving the energy balance of Ars Electronica and, above all, of the Ars Electronica Center – not exactly easy, considering that the building is also ageing (even if you can’t tell by looking at it).

Together for a European Digital Humanism

It’s not only when the future of our planet is at stake that we as Ars Electronica get involved in social issues. One topic that is very close to our hearts is Digital Humanism. As we move into a new digital age, an era in which machines seem to be taking on a life of their own, we have to set the course for ensuring that our digital society remains committed to fundamental values such as human dignity, freedom, democracy, equality, the rule of law and human rights.

That’s why Ars Electronica, as a platform for art, technology and society, and collaborative projects funded by the European Union that are dedicated to precisely this European Digital Humanism belong inseparably together. This international collaboration regularly results in exciting alliances between artists, researchers and industry representatives in multidisciplinary projects that reach far beyond Austria’s borders. Topics, that are being negotiated here are for example the role of AI, when it comes to our (digital) death, how biased AI is, when it comes to gender, but as well inequalities in general. 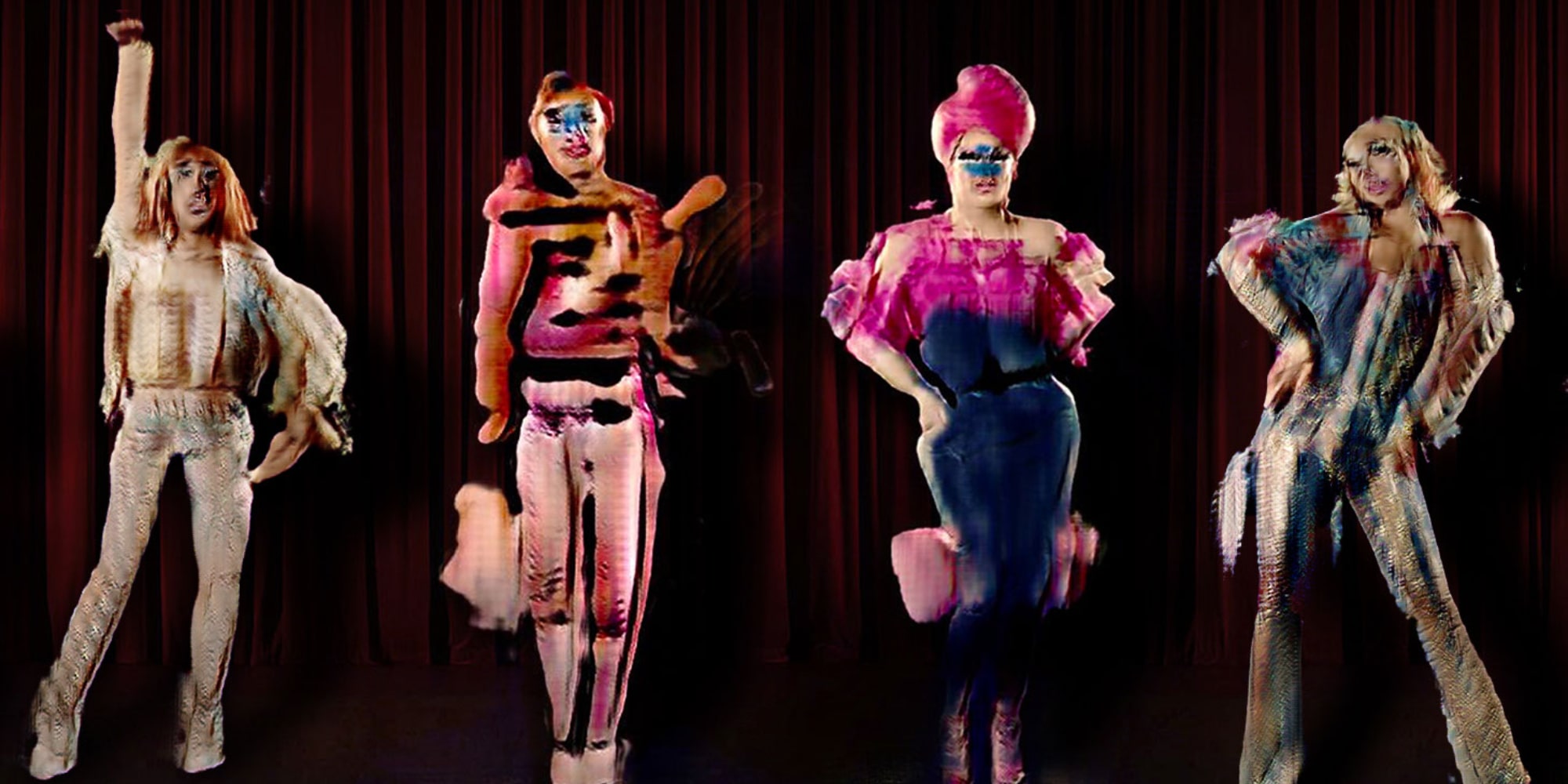 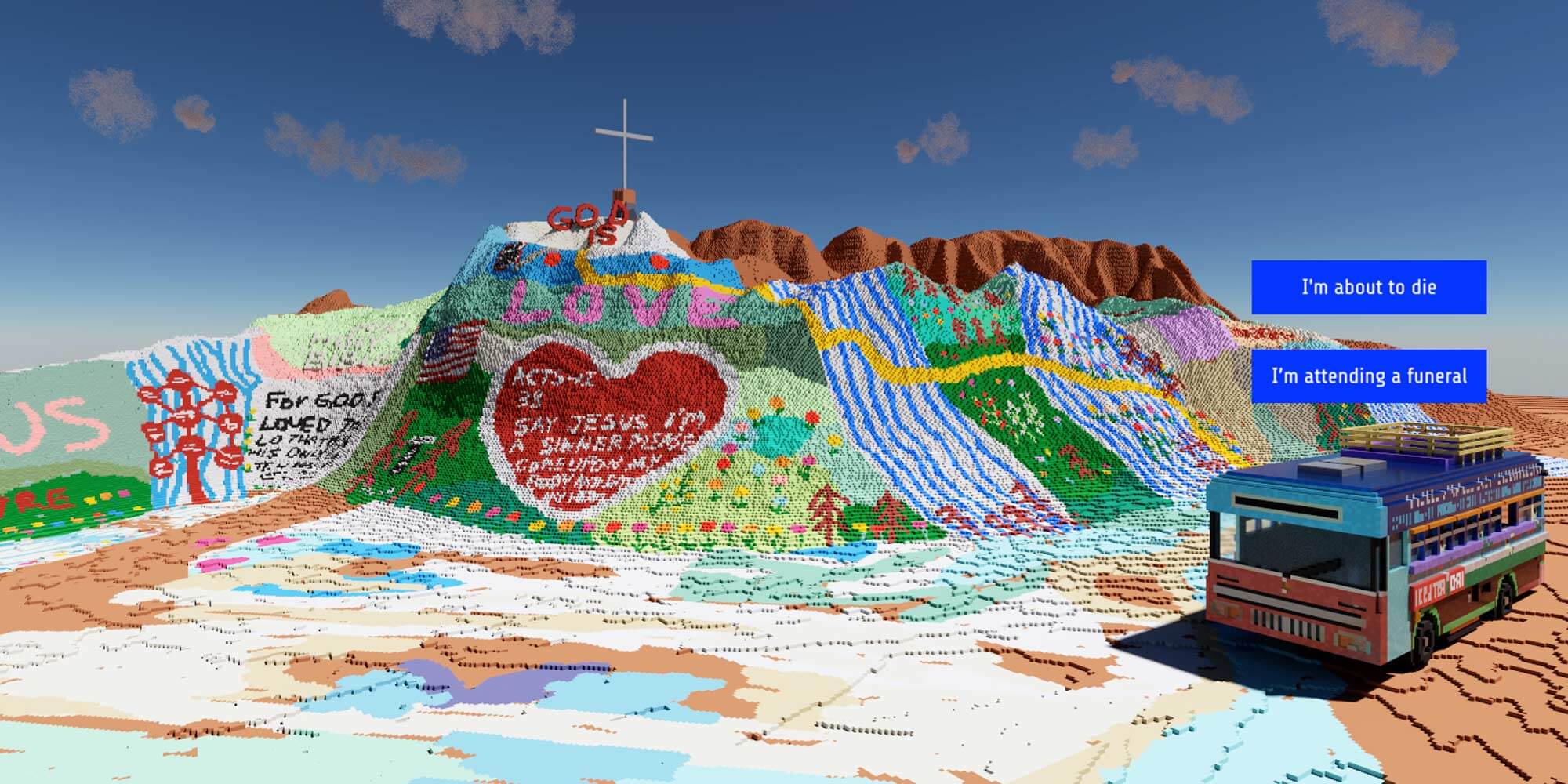 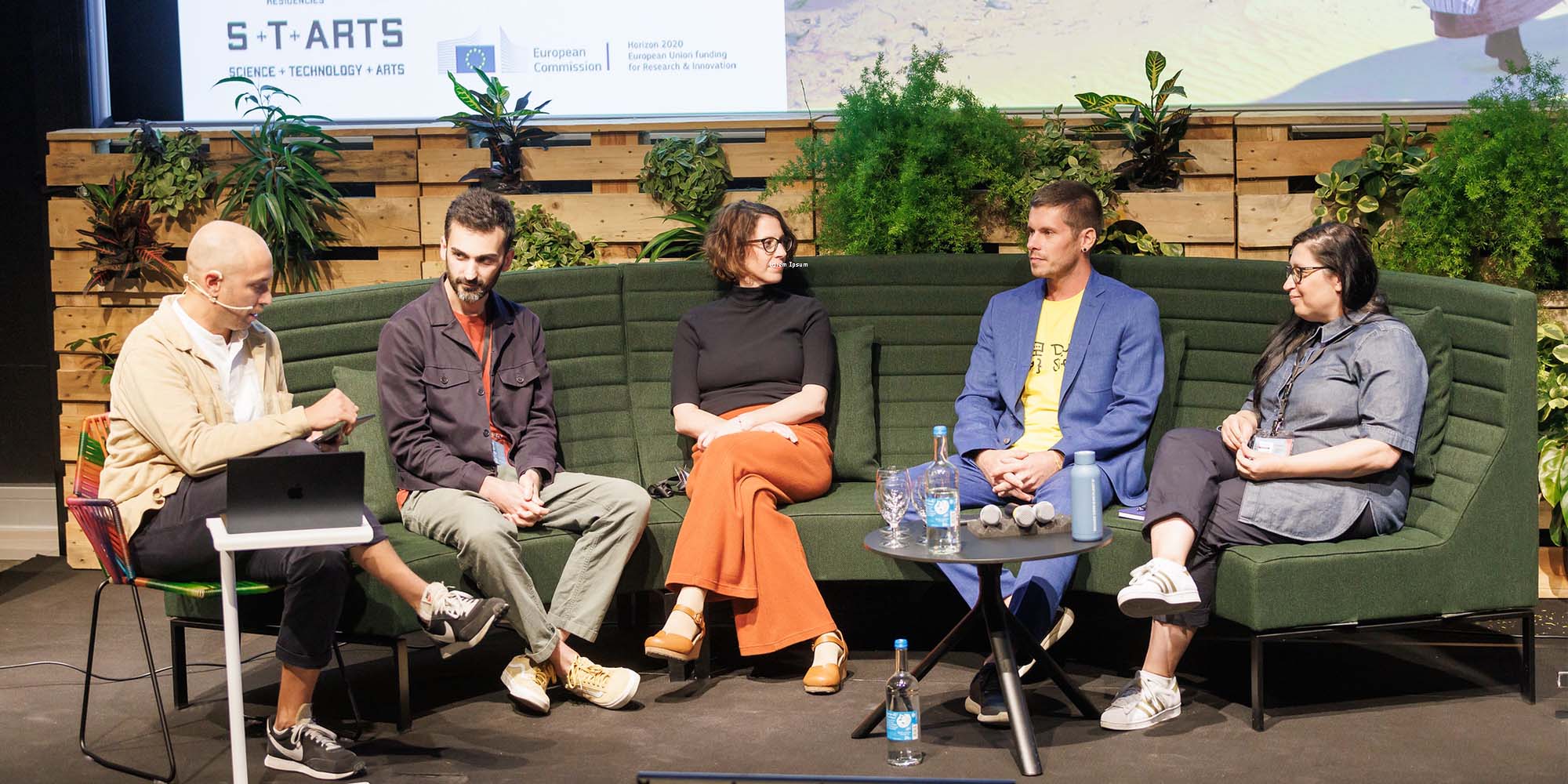 One event in particular shaped the past year in terms of world politics, and forced us to question our self-image as a European entity in the sense of (digital) humanism: the war of aggression on Ukraine. This is where we felt compelled to act as a cultural institution by supporting not only Ukrainian artists, but all those who are threatened in freely expressing their art or are persecuted for doing so.

“The Russian war of aggression on Ukraine demands a clear commitment and a practiced solidarity with artists and cultural workers who cannot or can hardly visibly practice their activities due to political or social circumstances. With the call for proposals “State of the ART(ist)”, the Austrian Foreign Ministry and Ars Electronica are now creating a virtual art gallery to enable the unfolding of artistic freedoms within a secure framework. This is intended to support artists in Ukraine and around the world for whom a commitment to peace, freedom and self-determination is not possible locally, or is possible only under great threat.”

Education as a social mission

In addition to our commitment to artists, however, we are also committed to providing support in the field of education: Another Open Call, which we launched for the first time last year and whose new call for proposals is already running again, is “Klasse! Lernen.” In cooperation with OeAD, BMBWF and Ars Electronica, this Education Award 2021 was launched to bring digital education projects before the curtain.

We also fulfill our educational mission and claim in the Future Thinking School. Workshops for schools and companies are offered on topics such as artificial intelligence and its impact on society. A new cooperation with AMS Upper Austria supports women re-entering the world of work or switching to a new occupational field, and a program specifically for apprentices provides insights into new technologies and deals with related issues.

How do YOU imagine the future?

The Futurelab also deals with social issues, such as: How do we imagine the mobility of the future? For decades, the car was seen as a symbol of freedom, enjoyment of life and prosperity. It shaped the attitude to life of generations and changed the face of our cities. Around 100 years after its triumphal march began, however, the automobile is now increasingly becoming the focus of a discussion that is as broad as it is intense: What role should the car play in a future in which we have to massively reduce our ecological footprint? And even more fundamentally: what forms of mobility does such a sustainable future actually need?

How do we imagine the work of the future? How will future generations earn their income and how can work serve the common good was the focus of the open discussion “Work of the Future” at the Futurelab Day during the Ars Electronica Festival 2022.

How will humanity and humanity as a whole change? Science and technology bring a new sense of humanity – from the possibilities of life sciences and brain research to artificial intelligence and artificial life as well as robotics. To bring these intimations of a new sense of life into dialogue and give them meaning, art is called upon. The Ars Electronica Futurelab therefore invited experts from various fields to deepen the discussion about the “Humanity of the Future” at the Futurelab Day of the 2022 Ars Electronica Festival.

We hope that these exemplary projects from the past year have allowed us to take you along with us into the Ars Electronica universe and bring you a little closer to our understanding of “society”. Hereby we say goodbye to 2022 and would be happy if you discuss with us again in 2023, visit us, work and research with us – whether online, in Linz or around the world.