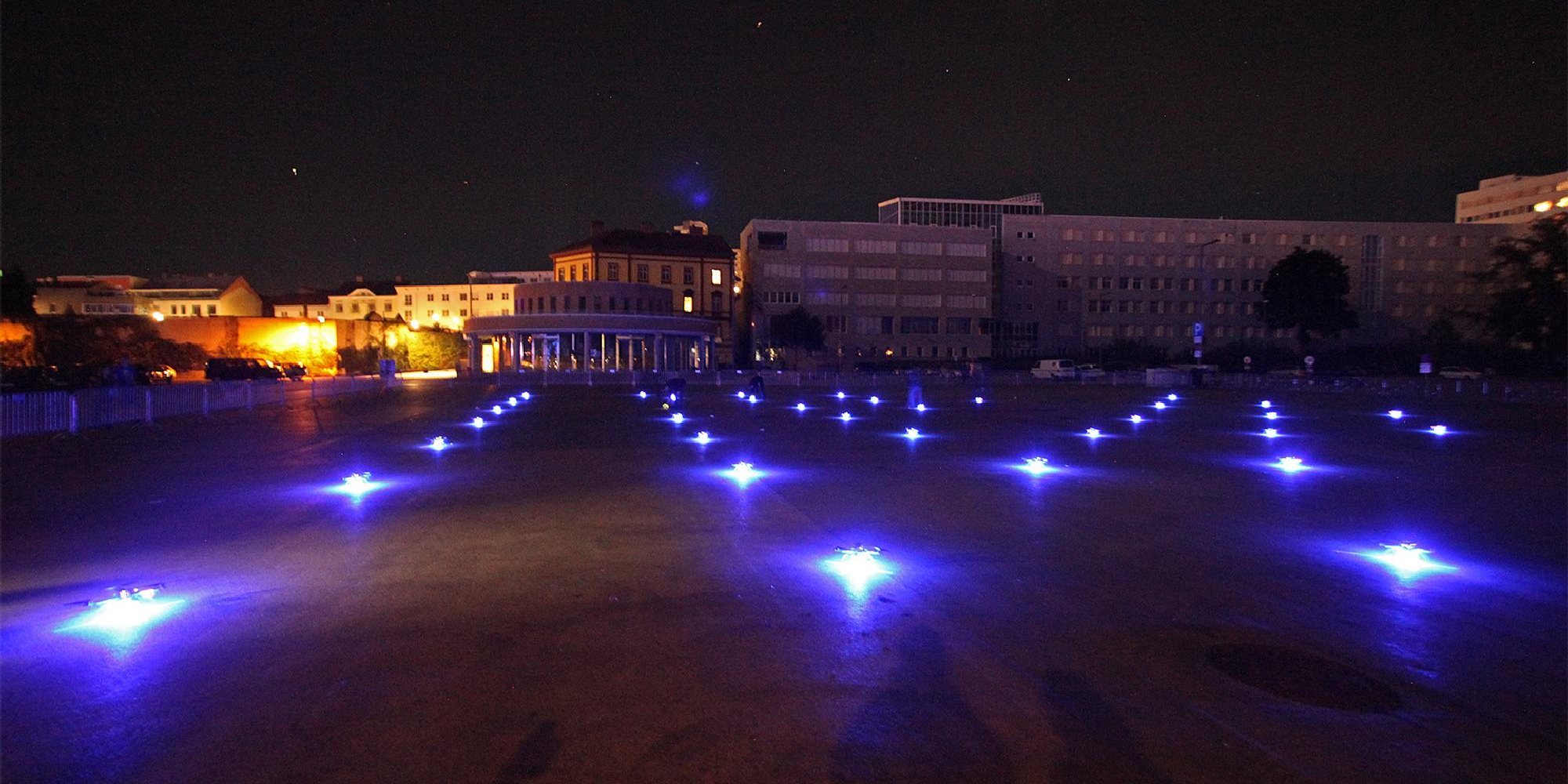 Ars Electronica Futurelab’s quadcopter swarm was one of the highlights of the 2012 voestalpine Klangwolke (Cloud of Sound) in Linz. More than 90,000 spectators lined both banks of the Danube to witness a then world record: a formation flight by no fewer than 49 quadcopters. Never before had such a large squadron of whirlybird drones performed synchronized aerial artistry outdoors.

Ars Electronica served as artistic director of the entire 2012 voestalpineKlangwolke extravaganza. Entitled “The Cloud in the Web,” its eight episodes provided a historical account of the networking of our world—from the discovery of electricity to the invention of the internet. In this context, the quadcopter swarm symbolized virtual networks and communities.

To wow the Klangwolke audience, Ars Electronica Futurelab sent a swarm of 49 LED-studded quadcopters—so-called spaxels—aloft and carried out extraordinary airborne choreography with behind-the-scenes help from customized navigation software. Inspired by the concept of the pixel, each quadcopter is considered an individual point of light in real space (space pixel) that, as part of a synchronized group, can form dynamic, three-dimensional figures in the night sky. To turn an ambitious vision into a reality, Ars Electronica Futurelab developed a method of managing the quadcopter swarm’s flight behavior. A server (flight control engine) is what enables the spaxels to fly in unison and perform the precise sequences specified by the Futurelab’s animation design staff. And this, in turn, is what makes it possible to generate forms of aesthetic expression that are absolutely unique and nothing less than unprecedented.

Another project realized for the 2012 Klangwolke was the Klangwolken ABC.