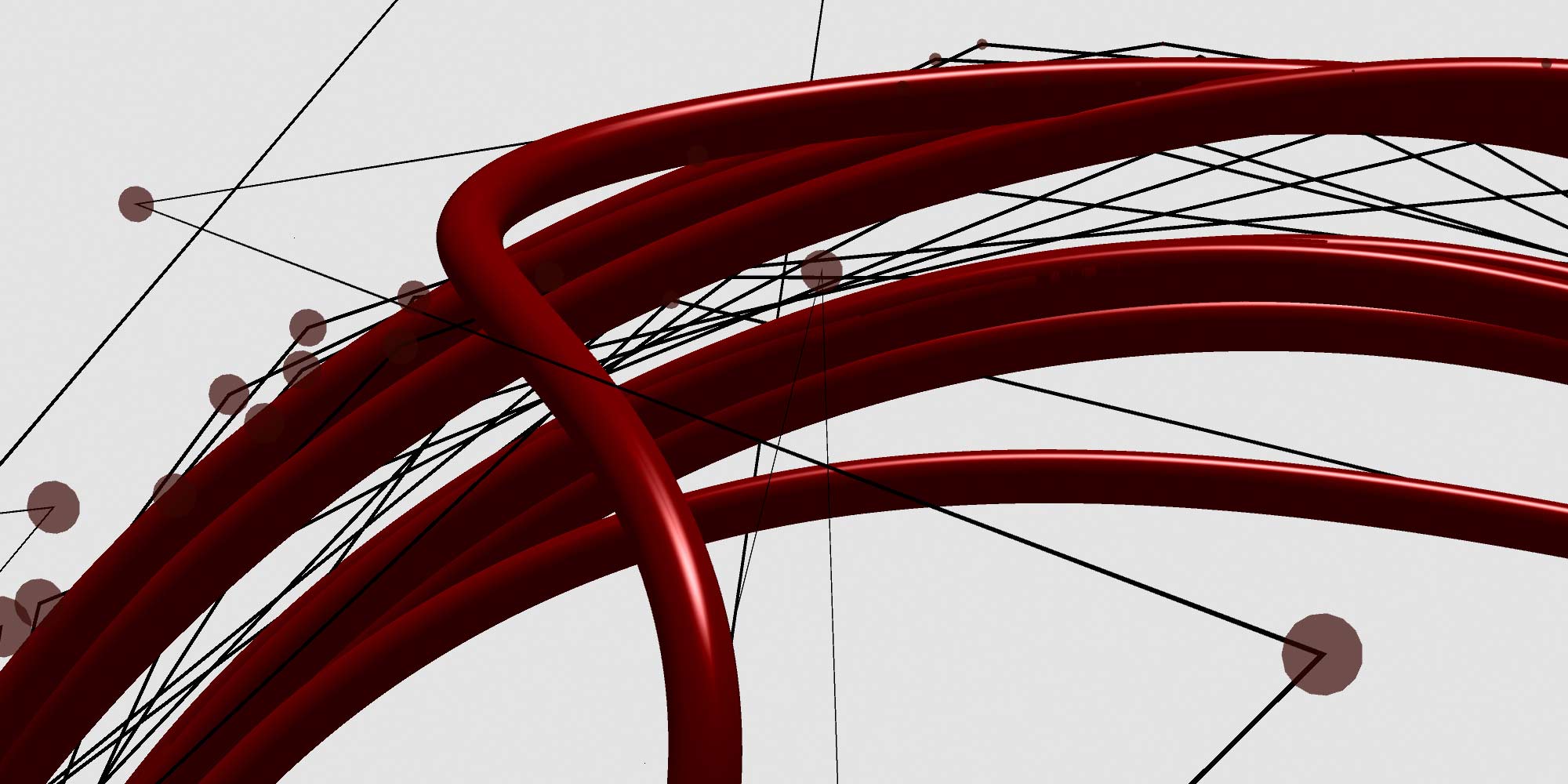 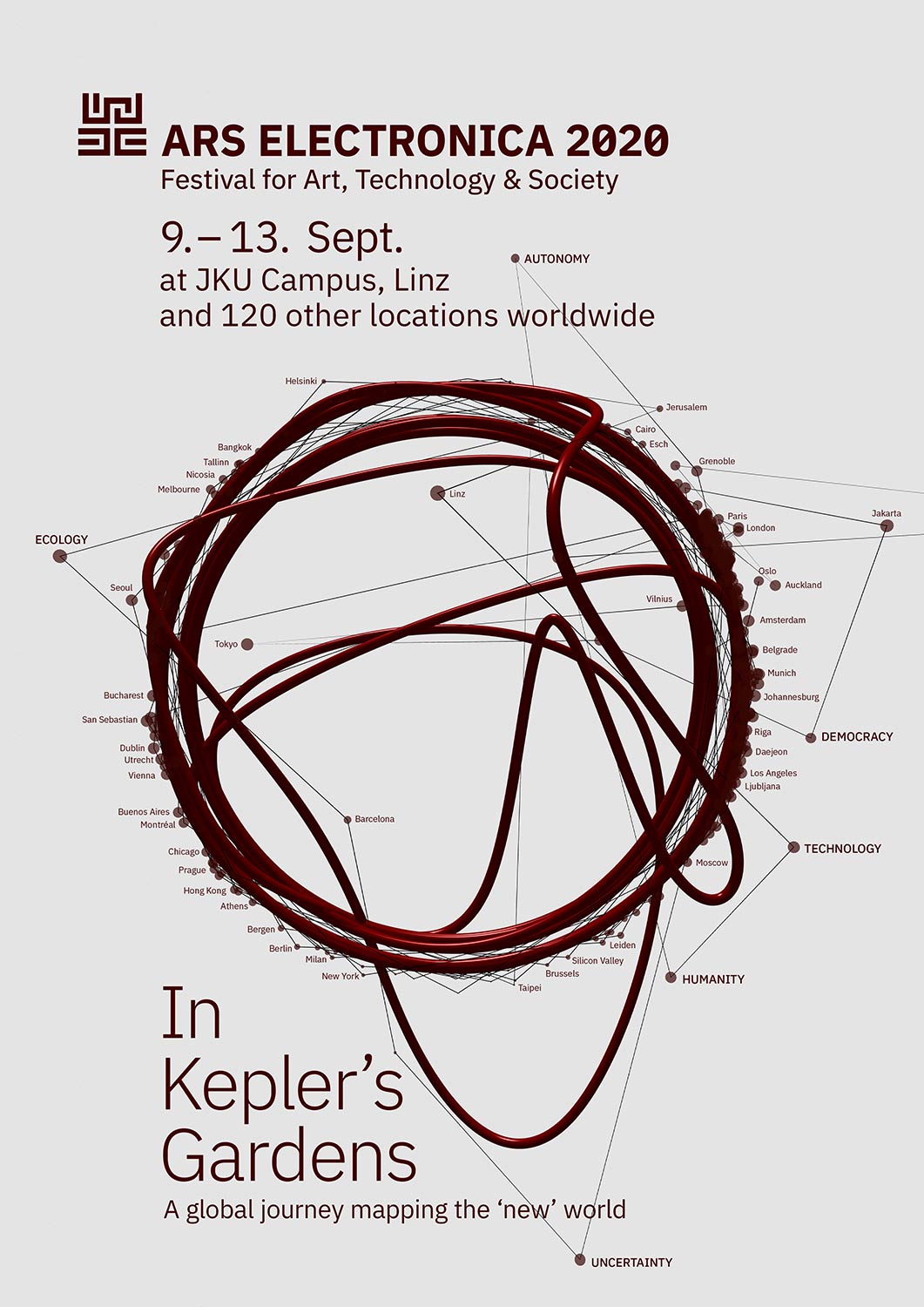 Hardly any other phrase has been used so often in recent months as that the world will be a different place after this crisis – prophetically, often as a glimmer of hope, more often as a threat. Is this true, and if so, what will be the changes? This question is the focus of this year’s Ars Electronica.

Following last year’s brilliant 40-year festival, which brought more artists, exhibitors and international experts to Linz than ever before, this year Ars Electronica is going on a journey, or rather the festival itself is becoming a journey – a journey through “Kepler’s Gardens”. A journey through the networked biotopes and ecosystems in which people all over the world are working to develop and shape our future, and in these days that means above all working to save our future. A journey to and with many committed communities that have already begun not only to think about the current problems, but to work on concrete ideas, actions and solutions. Places, initiatives and institutions where artists and scientists work together, challenge society and try out new alliances and forms of cooperation.

So “Kepler’s Gardens” is not only the name of the new festival venue in Linz, which will move from the Postcity to the Kepler Gardens on the well-equipped JKU campus and transform its beautiful and extensive parks into an extraordinary festival site.

“Kepler’s Gardens” is also the metaphor for the organizational principle of the festival in a global lockdown: a festival that will not dive into the network and disappear there, but will emerge from the network and manifest itself in many places around the world, distributed and networked. Starting in Linz and working with partners from Ars Electronica’s extraordinarily large international network that has grown over 40 years, “real” events will take place in many places, with “real” artists and scientists for “real” audiences, all of which will be networked into a festival from September 9 to 13.

With this simultaneity and duality of local-physical and globally networked events, Ars Electronica will once again become an exciting experimental laboratory and prototype for a next-level networking that will focus primarily on new forms and possibilities of fusion and coexistence of analog and digital, real and virtual, physical and telematic proximity. Last but not least, “Kepler’s Gardens” is also a clear commitment to science and a fact-based and responsible way of dealing with each other, a statement for science and art, not only as a fuel for the economy, but as the basis for culture and civilization.

“With this simultaneity and duality of local-physical and globally networked events, Ars Electronica is once again becoming an exciting experimental laboratory and prototype for a next-level networking that is primarily concerned with new forms and possibilities,”

This is and has always been one of the central tasks of art and culture, a task that can only be achieved in cooperation with science, technology and society. 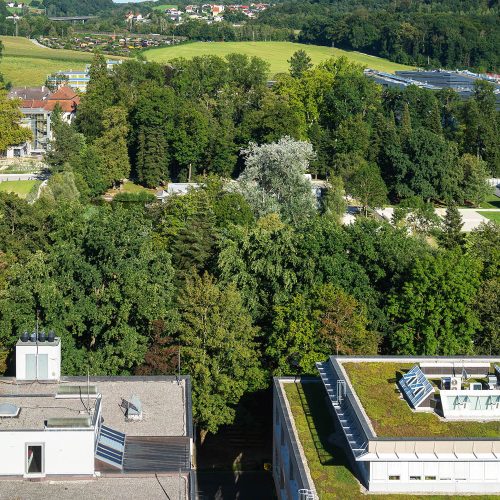 Meinhard Lukas: From the Postcity into Kepler’s Gardens

It was the site of the old post distribution center at the main train station, where the magicians of Ars Electronica transformed an analog yesterday into a digital tomorrow. In no other place and in no other time has Linz ever been more urban and international than in the Postcity. 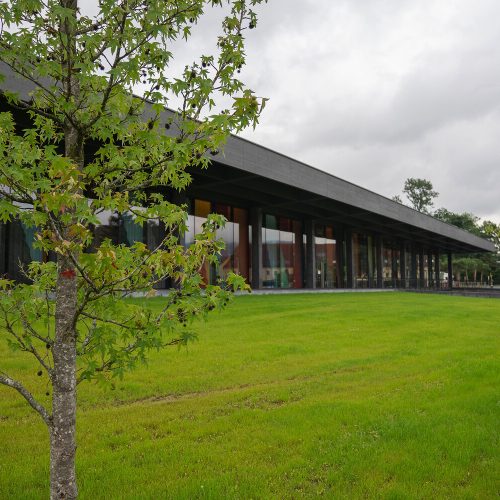 „A Place Where You Can Lose Yourself“

Ars Electronica 2020 is a journey to measure the 'new' world and a journey through "Kepler's Gardens", which are located in Linz at the JKU Campus and at 120 other locations worldwide. We introduce you to the Garden Linz in more detail.