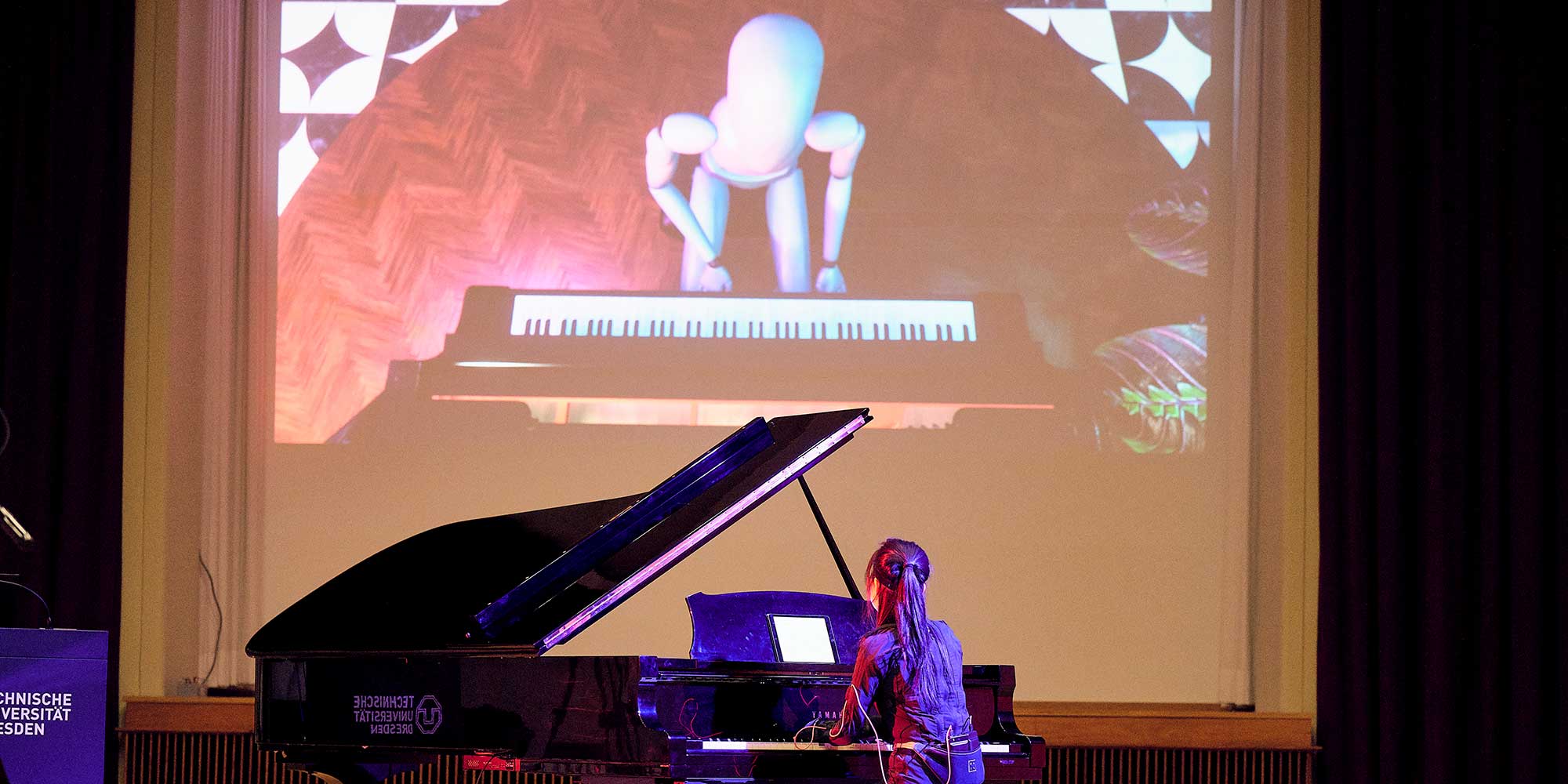 The next generation internet will enable new forms of digitized communication between humans and machines, which has the great potential to change the way we teach and learn new skills. Taking the example of piano playing, we show first insights in our ongoing research at the Centre for Tactile Internet with Human-in-the-Loop (CeTI). A transdisciplinary team of researchers working on methodologies and technologies revolving around the question: How will we learn in the future? 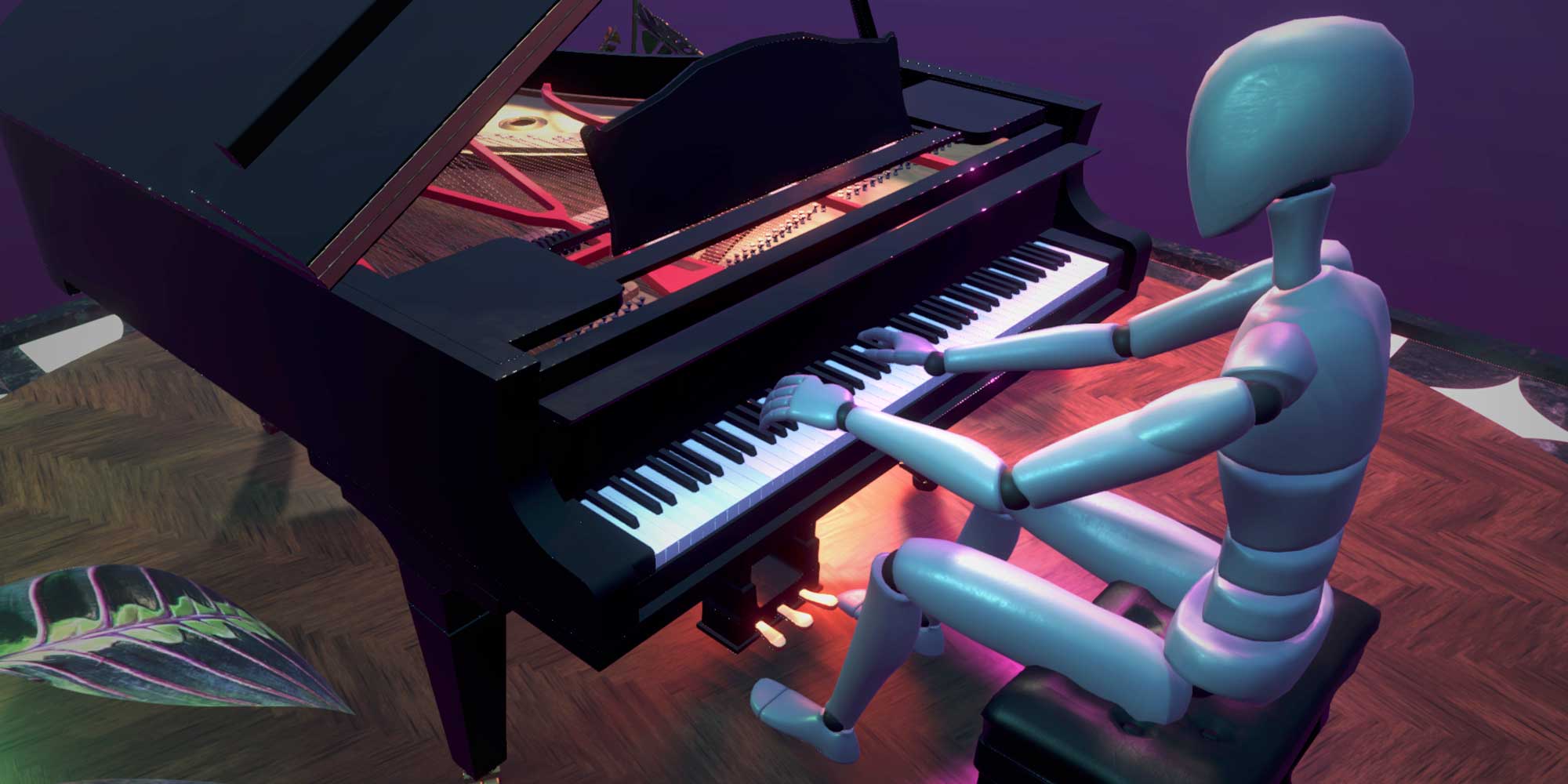 Dresden_Virtual Pianist2_Sound and Science
From Digital Pianists to Democratizing Skills, Prof. Dr. Frank Fitzek (DE), Dr. Luca Oppici (IT), Prof. Ph.D. Shu-Chen Li (DE /TW), Dipl.-Ing. Lisa-Marie Lüneburg (DE)
Prof. Dr. Frank Fitzek (DE): Frank Fitzek is a professor and head of the “Deutsche Telekom Chair of Communication Networks” at TU Dresden coordinating the 5G Lab Germany. He is the spokesman of the DFG Cluster of Excellence CeTI. He received his diploma (Dipl.-Ing.) degree in electrical engineering from the University of Technology RWTH Aachen, Germany, in 1997 and his Ph.D. (Dr.-Ing.) in Electrical Engineering from the TU Berlin, Germany in 2002 and became Adjunct Professor at the University of Ferrara, Italy in the same year. In 2003 he joined Aalborg University as Associate Professor and later became Professor.
Dr. Luca Oppici (IT): Luca Oppici is a post doc associate at the Cluster of Excellence CeTI and the Chair of Psychology of Learning at TU Dresden. He received his Master’s in sport science at the University of Milan (Italy) in 2011 and obtained his Ph.D. in motor skill acquisition from Victoria University (Australia) in 2018. His research interests are in the areas of motor learning principles, practice conditions for promoting the learning of motor skills, and strategies for facilitating human-machine interaction.
Prof. Ph.D. Shu-Chen Li (DE/TW): Shu-Chen Li obtained her Ph.D. from the University of Oklahoma, USA (1994) and completed her postdoctoral training at McGill University in Montréal, Canada (1995), prior to her 17-year research career at the Max Planck Institute (MPI) for Human Development in Berlin, Germany. After being a senior research scientist and the principal investigator of the Neuromodulation of Lifespan Cognition Project at the MPI, she took up a full professorship as the chair of Lifespan Developmental Neuroscience in the Department of Psychology at TU Dresden in September 2012. Since 2019 she has served in the team of speakers of the Excellence Cluster CeTI.
Dipl.-Ing. Lisa-Marie Lüneburg (DE): Lisa-Marie Lüneburg is PhD student at the Cluster of Excellence Centre of Tactile Internet with Human-in-the Loop at TU Dresden. Since 2017, she has worked as a research associate at the Chair of Industrial Design Engineering where she also graduated in mechanical engineering. In her studies she made advances in high-tech areas from speech technologies to applications for people with dementia. In her current research she focuses on how vibrotactile feedback provided through wearables can support motor learning and how this scientific research can be successfully transferred into the real world through experience-centered demonstrators.
Tickets
Program
FAQ