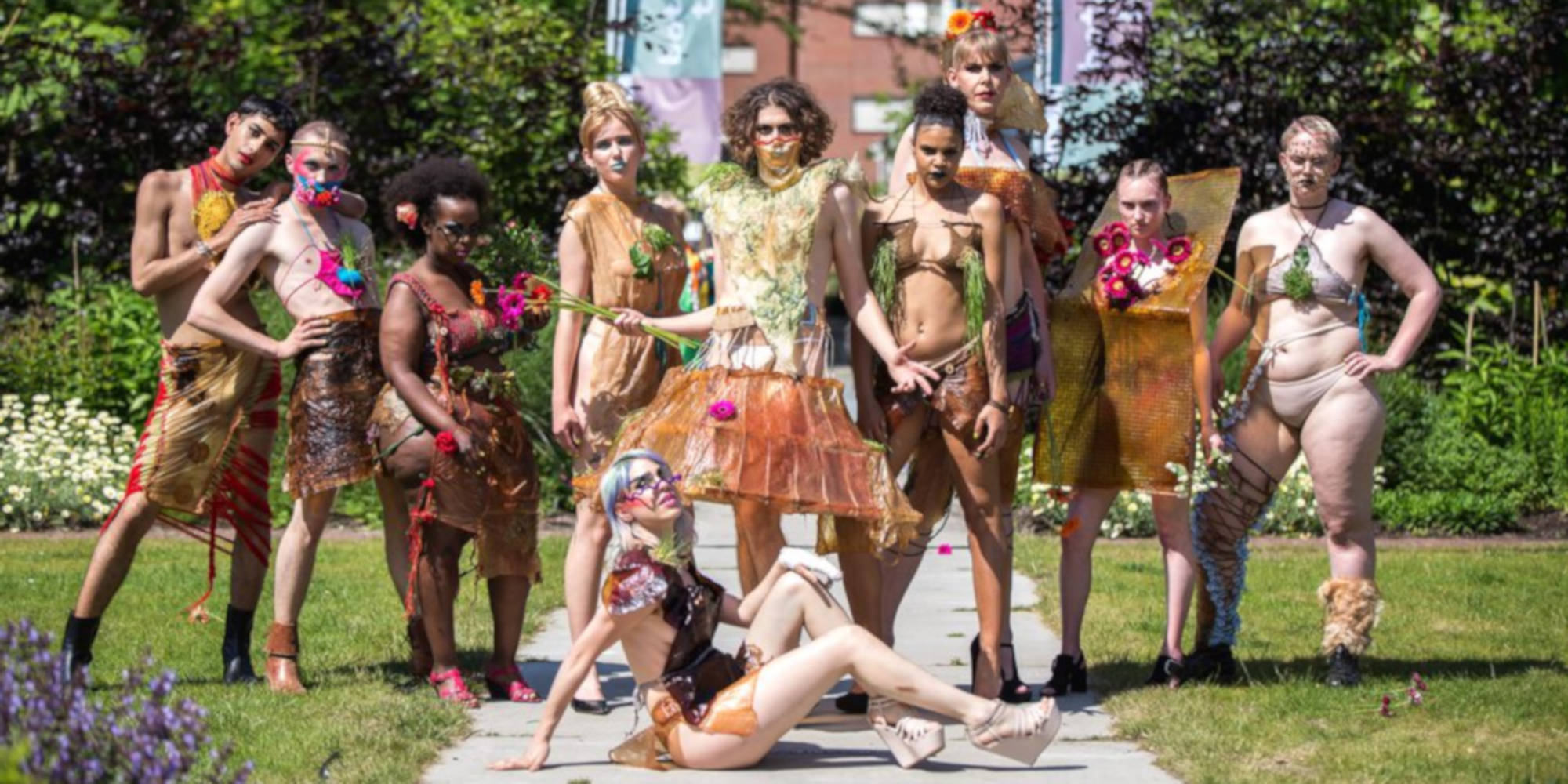 In a world of rapid consumption, we constantly deplete natural resources to deliver new fashion trends. Iza Awad, a master’s student in chemistry, a joint degree of the Vrije Universiteit Amsterdam and University of Amsterdam, tackled this issue in his research project by producing fabrics from cellulose material that constantly grows in kombucha, a fermented tea drink. Awad also showed that the biopolymer is especially well suited to contain living plants and other photosynthetic organisms. The biogarmentry can grow constantly, and humans can store carbon dioxide and purify the air while wearing it, and simultaneously provide food. In this documentary, under the co-production of Iza Awad, the first clothing pieces assembled from the photosynthetic biopolymer are shown in an unconventional way for a chemistry research project: a catwalk, including the student himself, where diversity is celebrated and intersectionality expressed by means of blurring the lines between art and science. The fashion show was supported by a diversity grant from the University of Amsterdam FNWI grassroots science4all.

Iza Awad: Iza Awad is a master student in chemistry: a joint degree of Vrije Universiteit Amsterdam and the University of Amsterdam. He specializes in Science for Energy and Sustainability. He has been active within the LHBTQ+ community of the Netherlands for several years. His interest in fashion and curiosity about biomaterial has led him to take on a research internship at Hybrid Forms Lab, investigating possibilities into new living couture.[/bio]