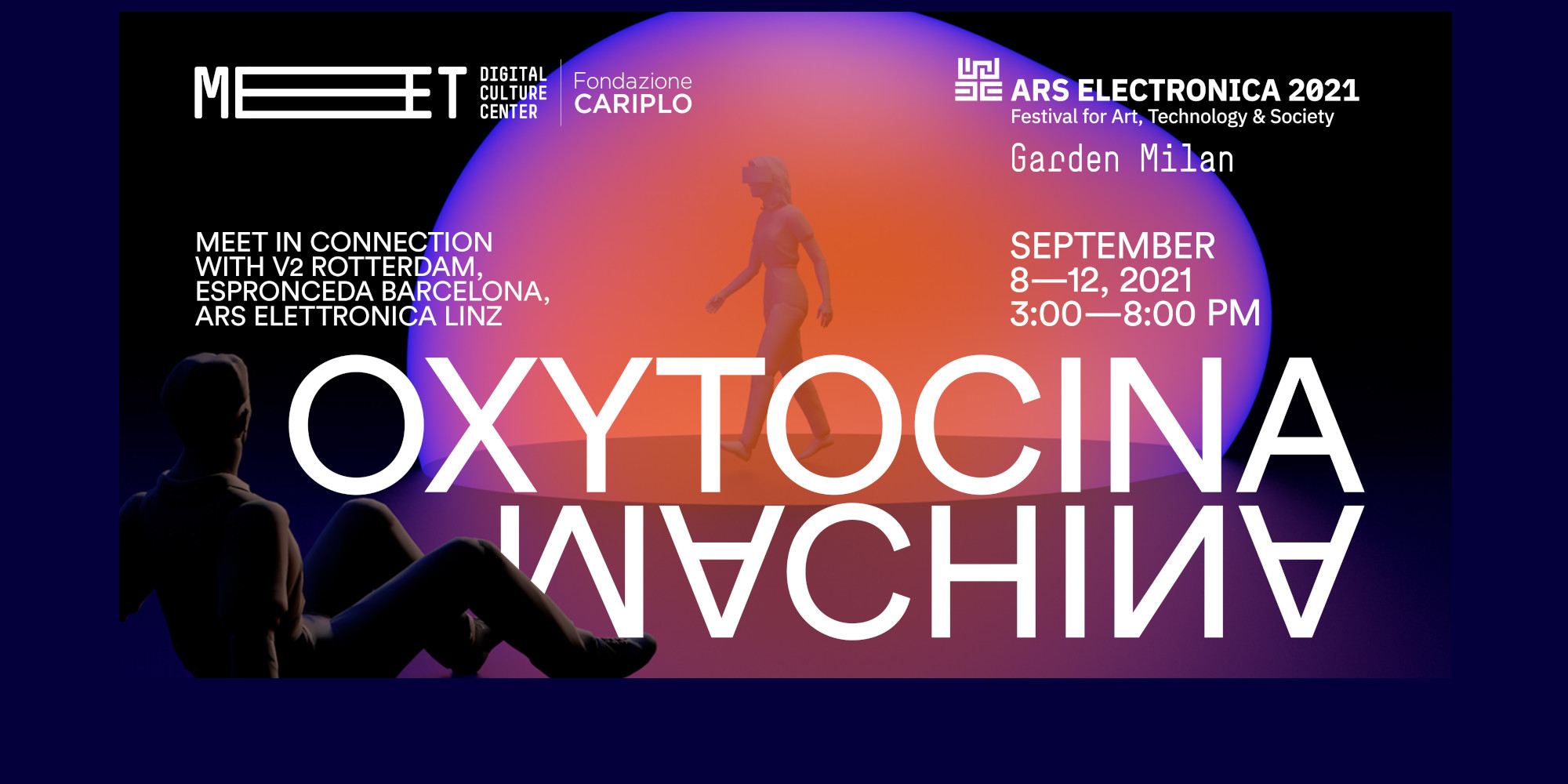 Oxitocina Machina is a VR project developed by a multidisciplinary and transnational team of 5 young artists: Sammie de Vries, Mila Moleman, Mathieu Preux, Lucia Redondo, Zalán Szakács. It is an extraordinary, shared experience that blurs the lines between reality and VR, exploring a virtual connection between strangers, who are in reality separated by a thousand miles. During the experience people who have never met develop a deep connection and release the love hormone oxytocin by playing, moving and sharing. The installation will take place during the Ars Electronica Festival and contemporary in the 3 venues, allowing people from different countries to encounter each other’s in the virtual world: Milan MEET – Digital Culture Center Barcelona – Espronceda Rotterdam – V2 Lab for Unstable Media 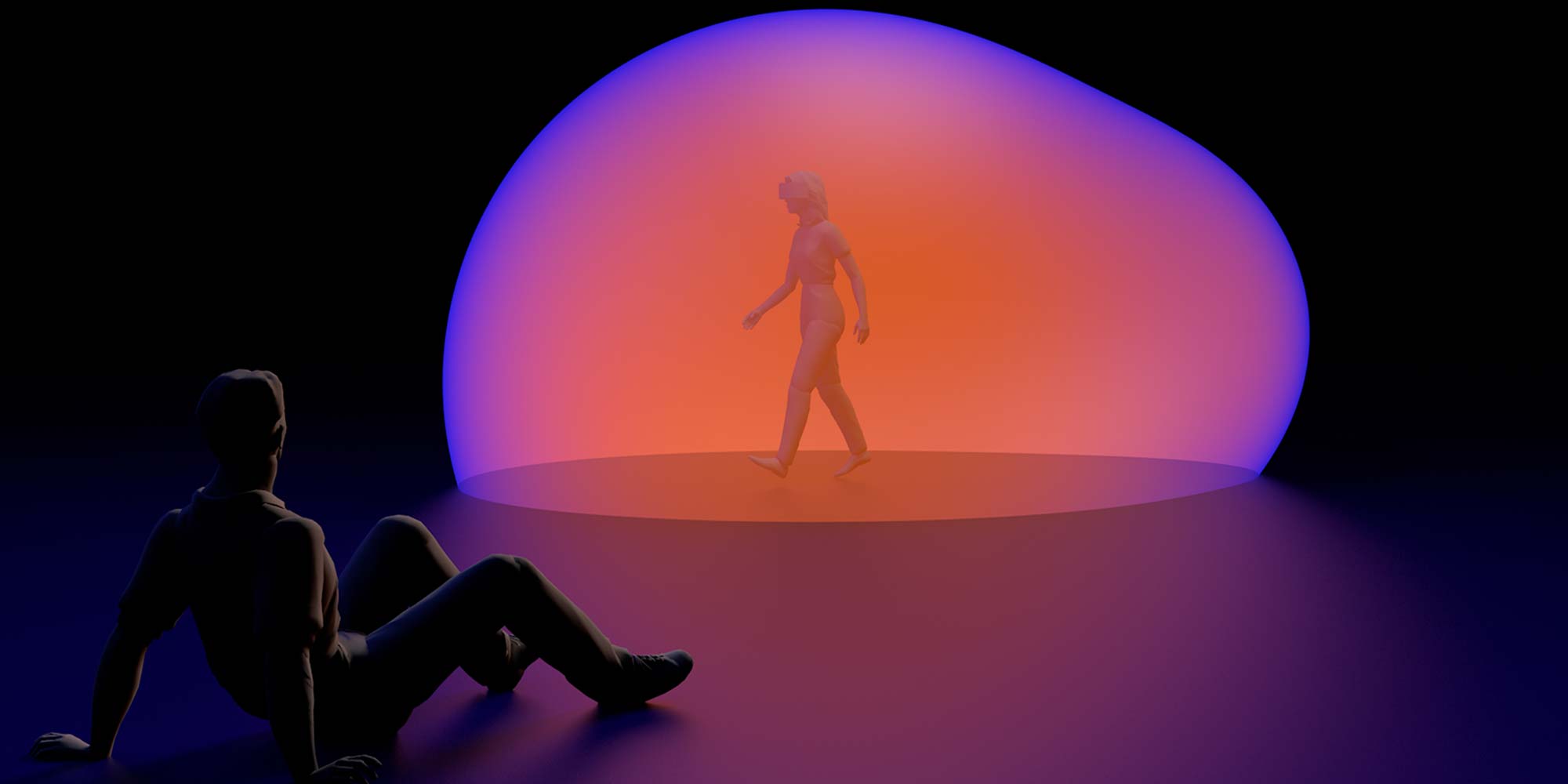 Oxitocina Machina, Sammie de Vries – NL Mila Moleman – NL Mathieu Preux – FR Lucia Redondo – ES Zalán Szakács – NL, Credit: Zalan Szakacs
Sammie de Vries – NL: is a virtual reality artist based in Amsterdam, who has been working on the forefront of the VR industry for the past 8 years. Using his background in social psychology, scriptwriting and acting, Sammie’s main interest is creating engaging multiplayer narratives in VR, where the players are connected by story, action and emotion. Together with Mila Moleman, Sammie founded Studio VRij. Mila Moleman – NL Mila Moleman is a 25-year-old Virtual Reality and Artificial Intelligence artist, currently based in Amsterdam. In 2014 she started Artificial Intelligence at the Vrije Universiteit in Amsterdam. During the years she studied AI she became increasingly interested in how a digital image can change our perception of reality, by means of a computer-generated environment. In 2020 she graduated from the first Master Virtual Reality in the world at The University of the Arts London with distinction. Mathieu Preux – FR Mathieu Preux is a French Sound Designer focused on creating interactive sound with new technologies and the studies of natural patterns, his works take the form of art installation which involve living subjects human or not. Graduated from IRCAM’s master in Sound Design, he comes from a technical background in Cinema, and Marine biology both of which heavily influences his work. Zalán Szakács – NL. In his artistic practice, Szakács explores links between historic and contemporary media phenomena, with a focus on media archaeological research translated into the medium of light and atmospheres. He sees his role as a mediator between technology and society, creating perceptual experiences that offer alternative technological narratives. Szakács exhibited at Rotterdam Art Week, Kunsthaus Graz, V2_ Lab for the Unstable Media, Klankvorm, Espronceda, CIVA, sound:frame, and Demo festival.