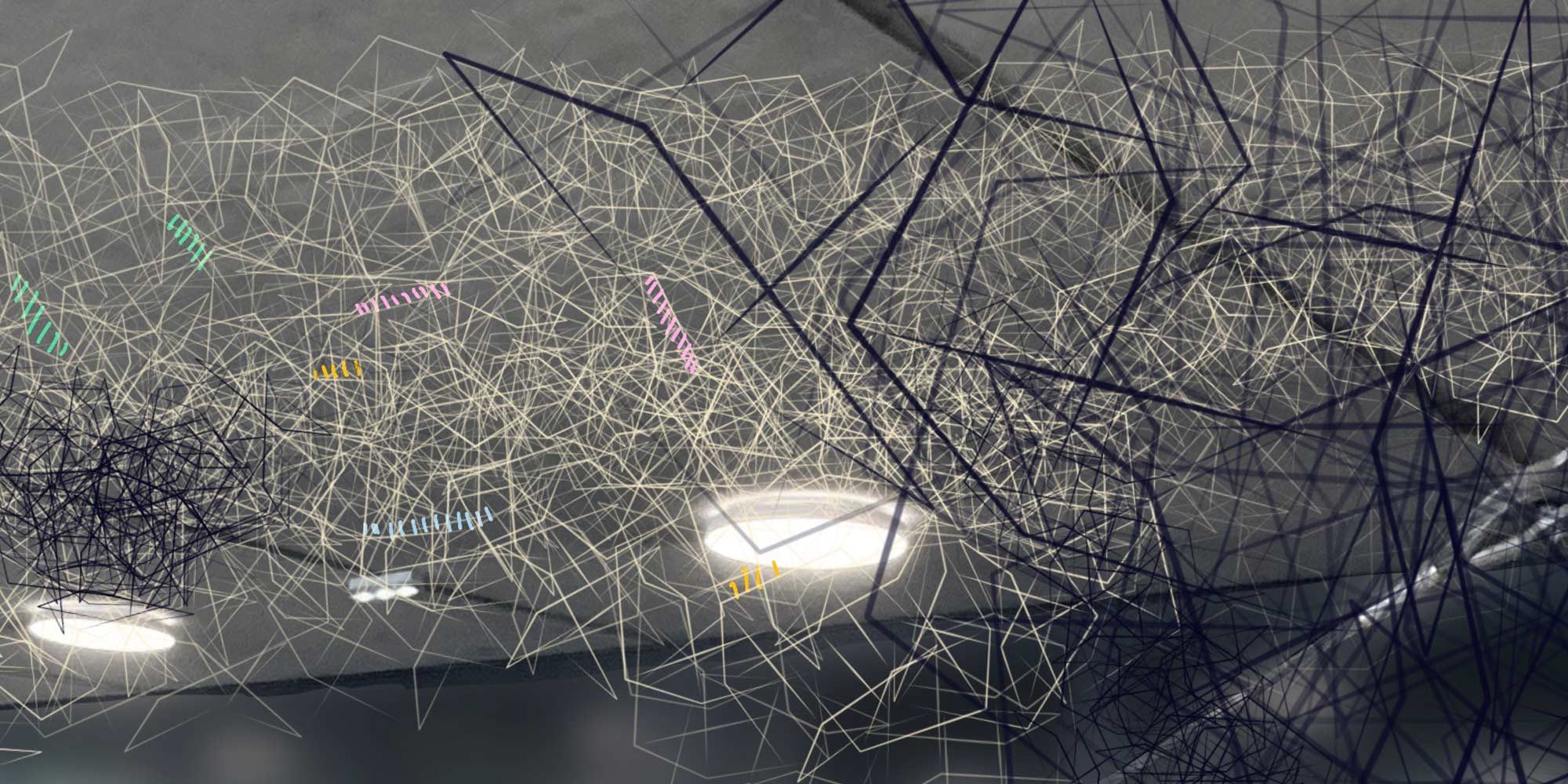 The embroidery data-art piece, A Student’s Perspective, depicts various impressions of the past year spent as a university student. It aims to visualize the experience of semesters that were drastically shaped by the ongoing circumstances. On the one hand, those can be captured though countable data, such as the number of days classes could not be held on campus, meetings that were prolonged due to technical difficulties, hours spent on Zoom, posted forum questions that remained unanswered, and distances covered on walks. Nesting between these seemingly mundane data points are a few events that appeared suddenly and which rapidly grew into menacing, dark mountains with diffuse borders that began to overshadow the remaining image.
By addressing personal events, the installation invites observers to pause for a moment and enter a dialog about rarely colorful, but nevertheless meaningful, perspectives.

Lisa Caligagan: Lisa Caligagan studies Artificial Intelligence at JKU Linz and attends the Academy of Fine Arts in Vienna. Her artistic practice is shaped by counting, analyzing, decluttering, repeating, structuring, assembling, and translating. Needle and thread thereby create data visualizations that pursue questions of identity, or attempt to bridge the gap between scientific ‘expertise’ and those who are not deemed to have it.