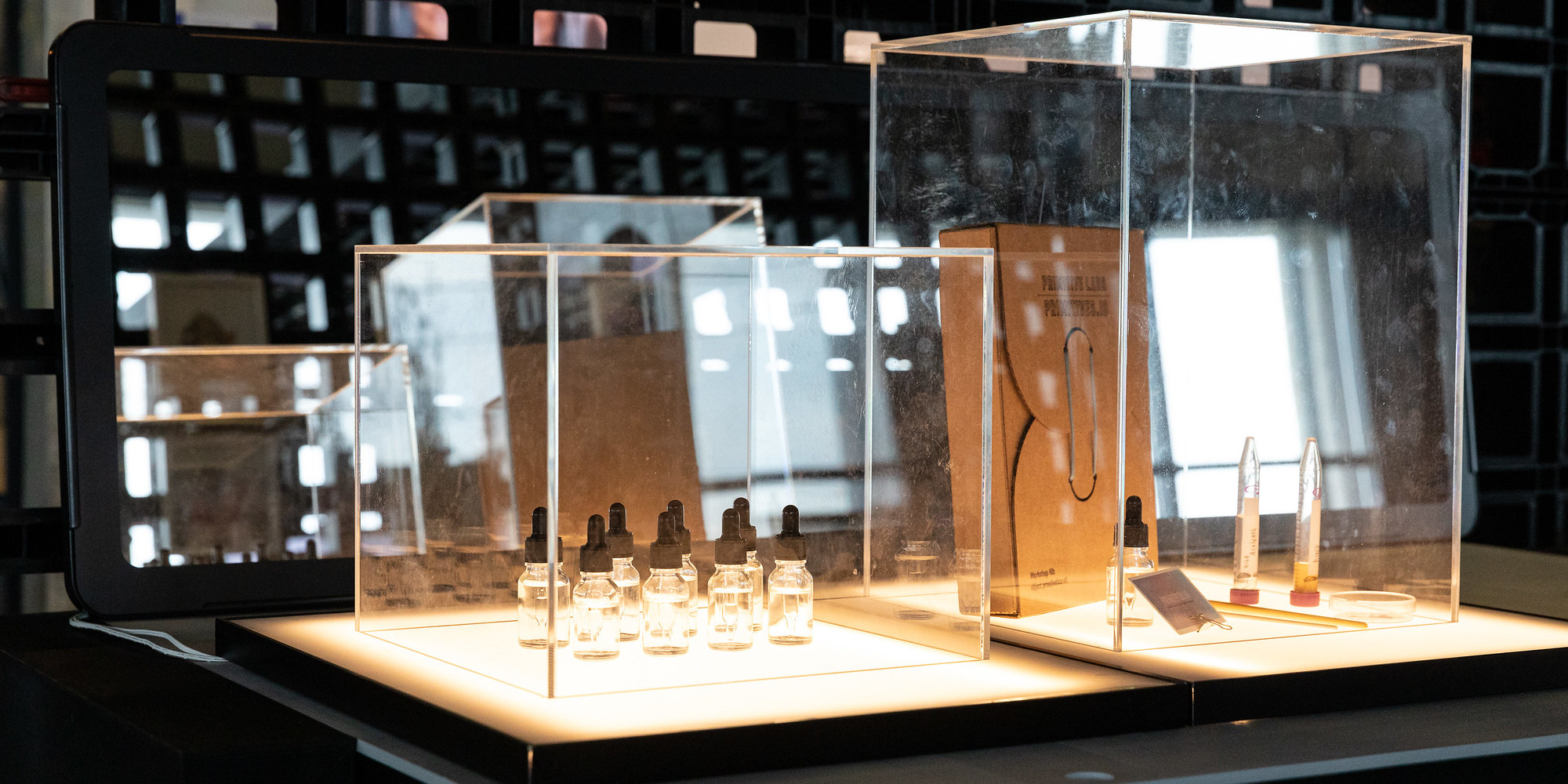 Subtle, overlooked everyday interactions with objects carry the potential to transform how we engage with the world. An umbrella is the interface to the rain and climate; a store-bought apple is the interface to the transnational food system; your skin is the interface to your body’s health. As Internet of Things further extends digital life to objects and environments, Organic Primitive Bioplastics challenges endless data accumulation and memory by posing an ephemeral paradigm for interacting with objects, driven by organic intelligences.
This installation presents a library of smart bioplastics that give objects a “voice” to communicate with us, by converting chemical inputs into human senses – changing color, odor, and form in response to fluids. Artifacts made from the materials act as information displays which provide a glimpse into a new material reality, a world where everyday objects mediate the ecological signals they’re part of, and come to life to communicate with their owners. 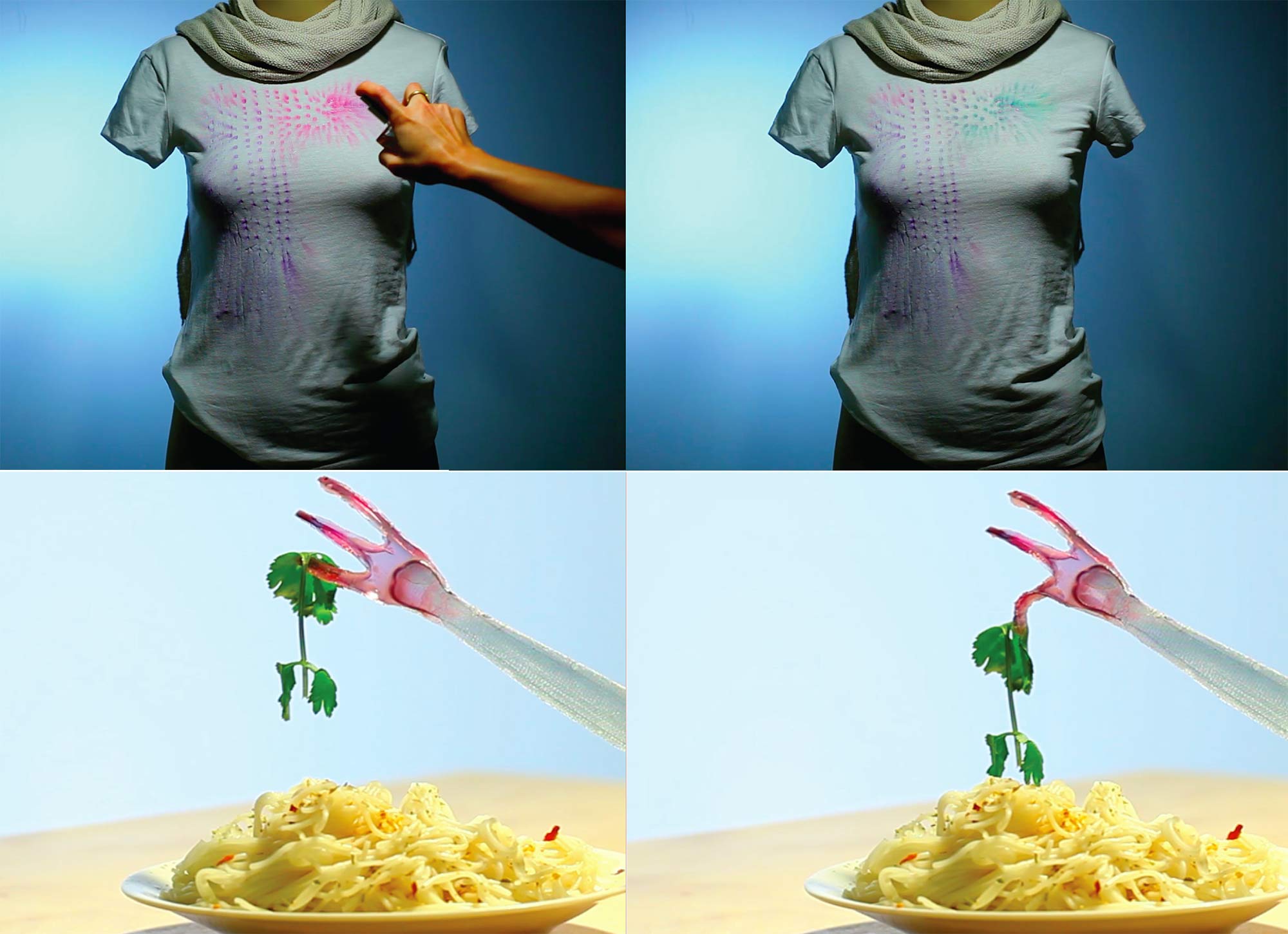 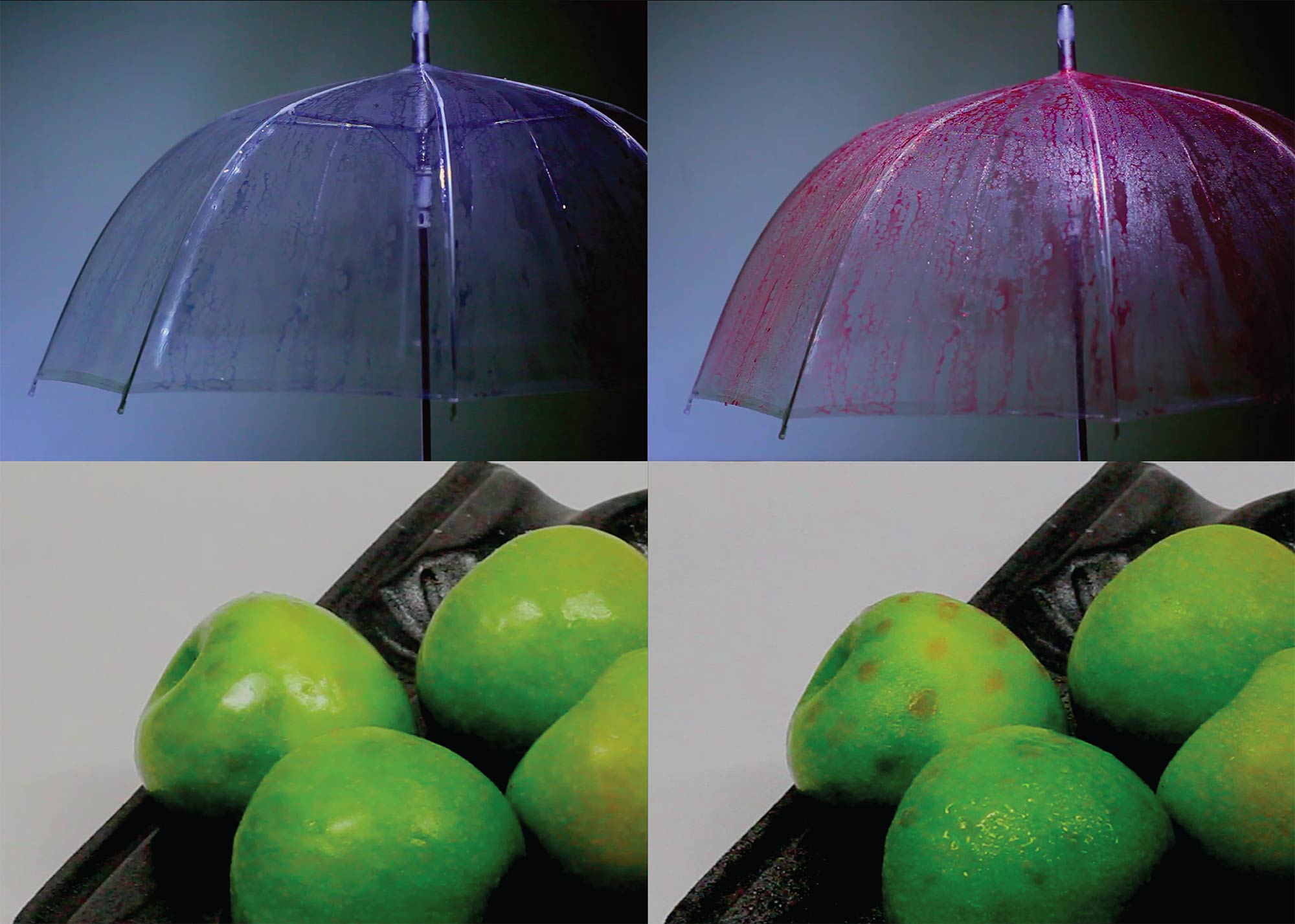 Viirj Kan is a designer, biohacker, and engineer developing interfaces meant to connect humans to a broad range of systems. She is the co-founder of Primitive Labs Biodesign, a materials company working to alleviate reliance on petrochemical plastics. In the past, she has worked at the Samsung Design Innovation Center and the NASA Jet Propulsion Lab. Viirj holds degrees from MIT and the Art Center College of Design.
http://www.Primitives.io / http://www.Viirj.com

Noa Machover is a designer, synthetic biologist and environmental activist who probes the intersection of urbanization and technological development, environmental change and indigenous epistemologies. Noa has conducted synthetic biology research at the Wyss Institute for Biologically Inspired Engineering at Harvard University and biomaterials research at the MIT Media Lab.
http://www.Noamori.com

Emma Vargo is a materials scientist and PhD candidate at University of California, Berkeley, where she studies nanoscale self-assembly of soft matter systems. She is interested in how mechanisms that exist naturally can be adapted for use in engineered systems. She completed her BS in Materials Science & Engineering at MIT and worked at the MIT Media Lab on the Organic Primitives project.