Digital Democracy: How democratic is the Internet? 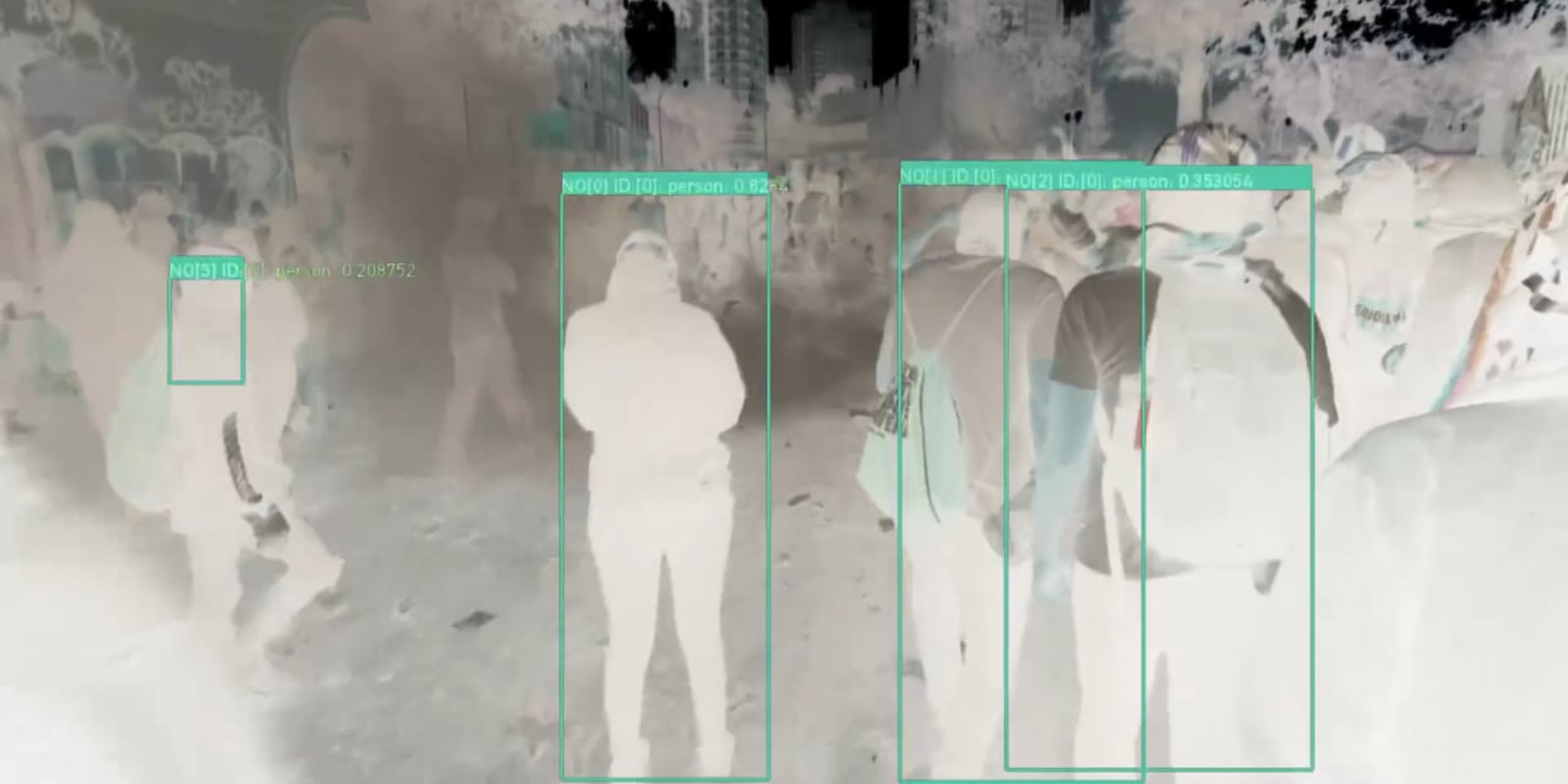 Democracy, according to the Greek origin of the word, means that power comes from the people. A look at the agendas of world politics shows us that this is often not the case in reality. But on paper at least, that’s how most of the world’s states operate according to democratic principles. E-democracy is understood as the simplification and implementation of processes for information, communication and transaction within and between institutions of the legislature, citizens, companies and other state institutions through the use of information and communication technologies. But what about the “governance” of the digital? Who controls the Internet and who determines what happens there? Is it us, the users? Or the corporations that have greater power in the digital realm in purely monetary terms? And what about those countries that are not supporters of democracy, even outside the Internet? What about accessibility? Who has enough digital skills, who is excluded from using them, and why? Do we also want to use these spaces for political participation and what influence should or may governments have?

If we not only want to use the digital for democracy, but to democratize the Internet, the digital, the unresolved issues seem endless. Art, too, is grappling with these issues, and not just at the interface with science. Below, we’d like to recommend a few projects from the spectrum of digital democracy at the Ars Electronica Festival 2021.

Over the past year, the global pandemic and its resulting political-economic fallout, the ongoing ecological crises, and the sociocultural explosion of long-simmering systemic injustice and inequality have made the interconnectedness of the human, machine, and natural orders ever more apparent, with radical consequences for all life forms on this planet. The future appears uncertain, unstable, unsettling, and unknown. Through research-creation, the Hexagram network at Ars Electronica Garden Quebéc / EMERGENCE/Y explores possible future scenarios in relation to issues such as climate emergency, the urgency of a critical response to Artificial Intelligence, or emerging models for political economy involving art and science.

The Ars Electronica Garden Slovenia / konS ≡ Garden for Contemporary Investigative Art and Tactical Media presents an initiative that has brought together nine partners from five Slovenian cities. In these cities, the project has created a network of laboratories that offer informal education programs where participants can broaden and deepen their theoretical and practical knowledge of the creative and critical use of new technologies. In this way, the konS≡Platform becomes a network of media creators, has significance in the field of cultivating new technologies, and thus becomes an important catalyst for social change.

Ars Electronica Garden Tehran is an online sound garden curated by Beshknow Radio – an independent online radio station and collective based in Tehran – in collaboration with Iranian sound artists from around the world. This borderless sound garden invites you to lie down on a Persian carpet and fly over the country of Iran to hear the real sound of the city around the clock, accompanied by hours of field recordings and a big bite of electronic music from an abstract point of view. In short, the whole diversity of the country finds mapping in this wonderfully democratic, diverse project!

If you now feel like traveling even further under the flag of democracy through our Gardens and around the world, take a look at Garden Milan by MEET, Garden Valdivia, Garden Peja or Garden Los Angeles.

Civil society engagement is essential for a pluralistic, open and solidary society. In both the refugee crisis in 2015 and the Corona crisis in 2020, it became clear how directly, effectively and innovatively those initiatives, associations, NGOs, NPOs and individuals – in short, all those who are usually considered “civil society” – are capable of acting.

What does the much-cited post-Corona world look like? How do we use the potential of civil society engagement, should the situation worsen again? And which approaches help to achieve sustainable social innovation that reaches all participants in our society, even in times of non-crisis? The symposium “Civil Society of the Future: Co-Creation Works” will explore these questions with many experts, activists and decision-makers in an attempt to find instruments and strategies for sustainable social innovation!

Education and democracy as well as democratic digital education: The “create your world TOUR” acts as a facilitator, connecting students and teachers directly with the knowledge and ideas of the artists and thinkers in the Ars Electronica network. The online versions of the workshops were a big step forward in motivating teachers and students during the pandemic to continue using digital learning platforms on a regular basis. A new generation of online workshops, developed by digital natives themselves, showed us how to translate a hands-on DIY culture of teaching to the digital classroom: At the Education Conference: A New Digital Deal for Online Open Schooling, we’ll hear from the creators of three of the recent create your world TOURs about the challenges and their experiences adapting their expertise to online workshops.

The world is in a period of upheaval, virtually on an expedition to NEW LAND (NEULAND). Science-based approaches and rational action are being disrupted by populism, conspiracy theories and battles of faith. Social thinking and action as well as a basic humanitarian attitude are indispensable in such a situation. Education is an indispensable prerequisite. The education sector must actively participate in this current social transformation process. But how can this succeed if the members of educational institutions are themselves part of the expedition and do not know where the journey is headed? Are we really moving toward a “new normal”? If so, what does this “new normal” look like? These are the questions addressed by “NEULAND – das Symposium Politische Bildung (the Symposium on Political Education)”.

We as Ars Electronica, we don’t just love discourse, we’re democrats through and through, and we’re committed to Digital Humanism. You’ve never heard of it? Then please read on here… For the festival projects of the European Platform for Digital Humanism, click here.

The legislature as one of the three powers of democracy: the project „The Virtual Court. Reality.“ demonstrates the potential of virtual reality technology for administrative and judicial hearings. Location-independent participation, the inclusion of digital sources and AI-supported tools, immersive animations of project plans, and the visualization of expert forecasts or crime scenes using 360° technologies form only a small sample of the possibilities that are presented.

Voidopolis is a digital performance about loss and memory presented as an AR book with a limited runtime. The story is a loose retelling of Dante’s Inferno, shaped by the bleak experience of roaming New York City during a pandemic. Instead of Virgil, the narrator is guided through a modern-day hellscape by a caustic vagrant named Nikita.

The project Grammophon – Unerhörtes – Zitate von 1924-2018, literally revolves around antisemitism, racism and gender roles. By pressing the crank, the artist makes quotations from political parties of the 1920s and 1930s audible, as well as quotations from the ranks of current government parties. While listening, it is no longer clear from which time which quote originates. In her research, Alice Hulan focused for the most part on dehumanizing statements that were and still are used as demagogic means to degrade and objectify people.

What happens when artificial intelligence (AI) and human creativity meet? Naked AI, a research project launched by Cisco Italia and Logotel, explores how this meeting can lead to an evolution of human relations in companies and in society at large. It’s no longer just about technology, but about outcomes that need to be understood and questions that still demand answers. How will they work together? What will the interdisciplinary networks we build to share new knowledge look like? How will we manage decision-making processes? And what responsibilities will arise from these scenarios?

Universities are also deeply engaged with democratic issues: [2m], CNC Punch Needle Machine, Injected Sounds Referring to Dissolution, PHC (Painfully Human Chatbot), Votetandem.org, Amt für Kleinstdelikte are just a few of those projects by students of the Kunstuni or the Zurich University of the Arts (ZHdK), Interaction Design Department IAD (CH), which will be presented on the Kunstuni grounds at the LOOPS OF WISDOM Exhibition.

And finally, let’s take a look at the small building nearby: the Salzamt is itself a very democratic institution, as it is a studio house for changing artists and also offers them living space. During the festival, it will host the exhibition Hosted by Bildraum Vienna and Ars Electronica at Salzamt Linz, which will show works by Simon Lehner, Flavia Mazzanti and Michaela Putz.