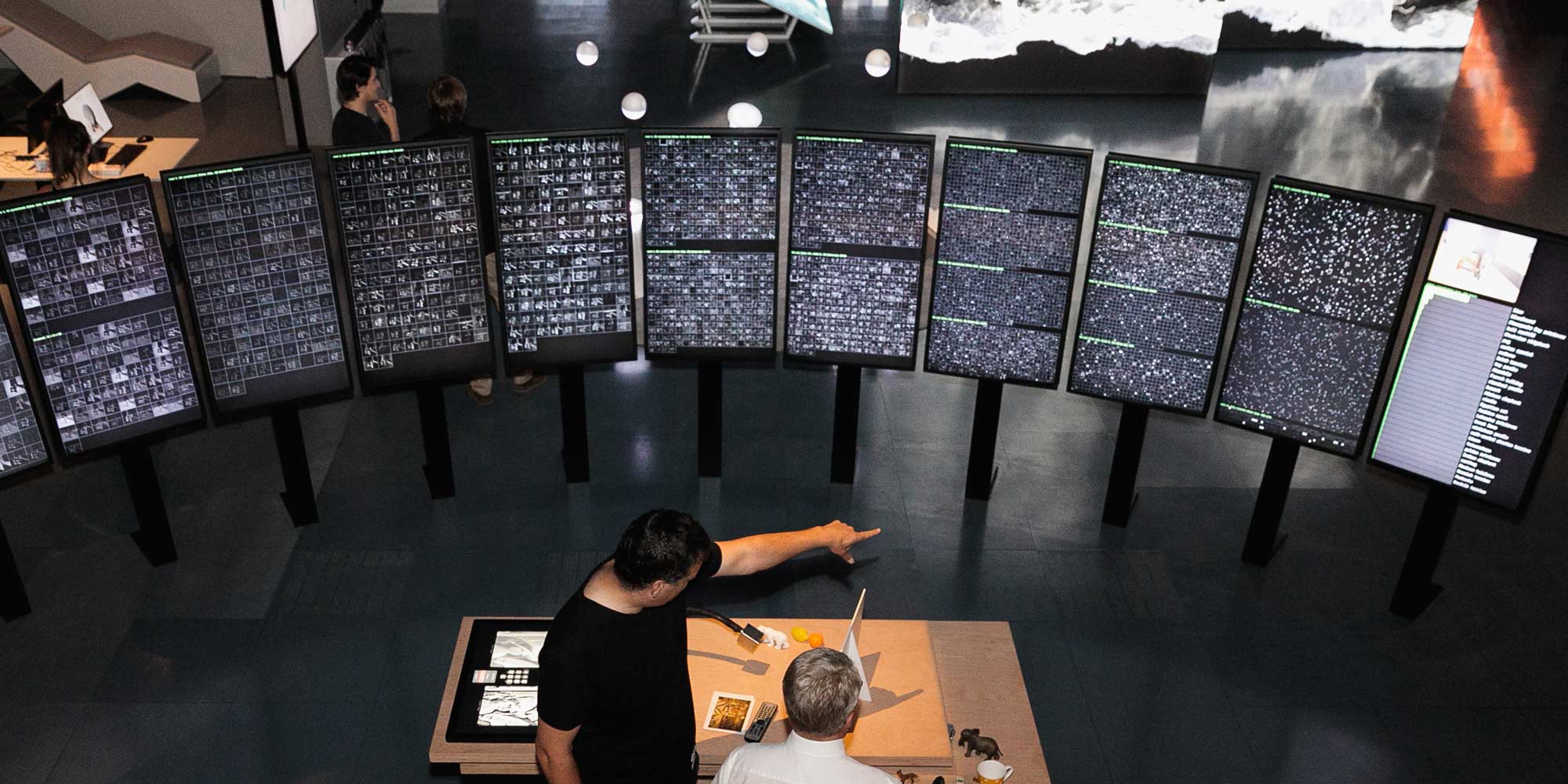 Train different Neural Networks and see how artificial intelligence behaves based on your input.

A Neuron in the Spotlight

Every neuron in an artificial neural network can be seen as a mathematical function which, as a rule, connects several inputs to an output. From the input values, the neuron generates an output value that is passed on to the next layer of neurons. The higher this value is, the more “active” the neuron becomes in the network. This is why we refer to so-called activation functions. At this station you can try out how different mathematical functions in the neuron affect the output.

Is it easier to read the black or the white letters on each background color? That’s what this network is being trained on. The input values are the percentages of the colors red, green, and blue (RGB spectrum) that make up the background colors. With every input, the system learns and we can watch how it changes the weights between the neurons in order to ultimately come up with a better result.

Here a network can be trained to categorize animals as dangerous or not dangerous from the point of view of a mouse. In the process, the network learns from various predefined, highly simplified features (How heavy is the animal? Does it have teeth or claws?) which combinations of characteristics make an animal dangerous to a mouse. At the end, the output layer shows how dangerous the network deems the animal to be.

An important component of a Convolutional Neural Network (CNN) are the filter layers, so-called convolutional filters. They ensure that different elements of an image can be recognized. Each filter learns different characteristics of the image. This technique is by no means new: conventional image processing programs have long used it for effects, although without being trained to learn on their own.

This Convolutional Neural Network (CNN) learned through many training samples to recognize certain objects. The network consists of several consecutive layers that have learned during the training phase to recognize different characteristics in an image and pass on this information in turn to the next layer. While the first layers recognize more primitive characteristics such as straight lines, colors, and curves, the next layers specialize in more complex forms. The network VGG16 used here is one of the best-known models of this kind.