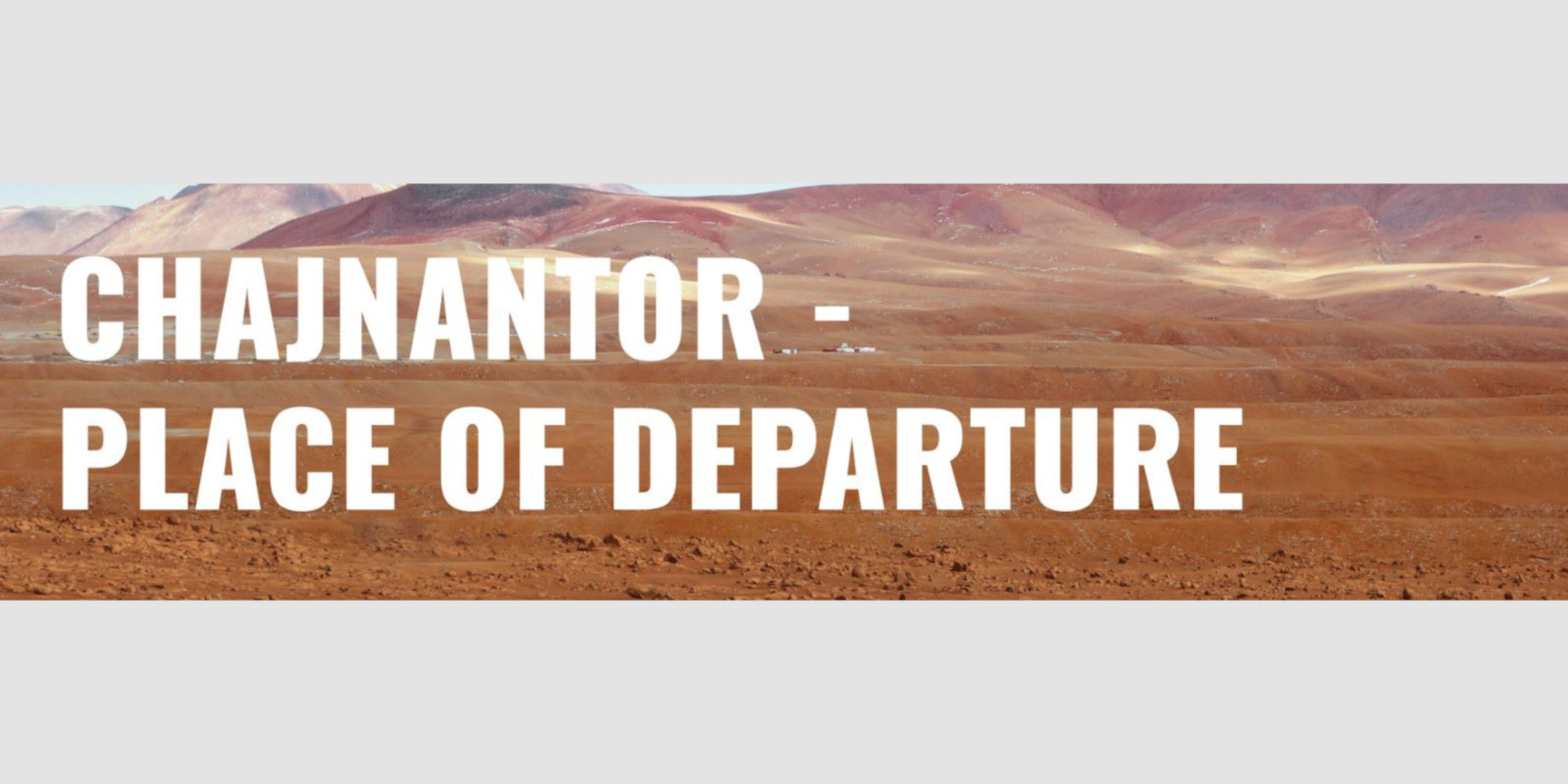 Through the use of footage, courtesy of ALMA and ESO, filmmaker Elise Guillaume (BE) and artist Samuel Domínguez (CL) collaborated on a new video about the Chajnantor Plateau, where ALMA Observatory is located, in the Atacama Desert. The video uses the music created by Olaff Peña Pastene (CL/ES), using sounds recorded at the observatory and digital data.

By starting the content, you agree that data will be transmitted to www.youtube.com.
Data Protection Declaration
Elise Guillaume is a Belgian artist and filmmaker whose work explores our complex relationship with nature. Concerned with environmental matters, she seeks to understand what it means to be human in a time of crisis and extinction through audiovisual mediums. Her work often begins in remote environments like the Atacama Desert (AiR La Wayaka Current, 2018). She is currently studying at the Royal College of Art (MA Contemporary Art Practice, 2022).
Samuel Domínguez (Chile, 1995): Samuel Domínguez will be a MA in Sculpture by the Royal College of Art (2022) and has a PostG Diploma in Physics by the University of Chile. His work usually starts with scientific inputs and methods about landscape and natural phenomena, to create immersive sculptures using sound, the moving image and other digital processes. By these means, the artist presents both the digital and the natural as blended realities.
Olaff Peña Pastene (CL/ES): Olaff Peña Pastene is anrtist, researcherr and multimedia producer. His work explores the intersection between art, science, technology and community. Originally from Chile, his investigation points primarily towards biodiversity and sky observation.