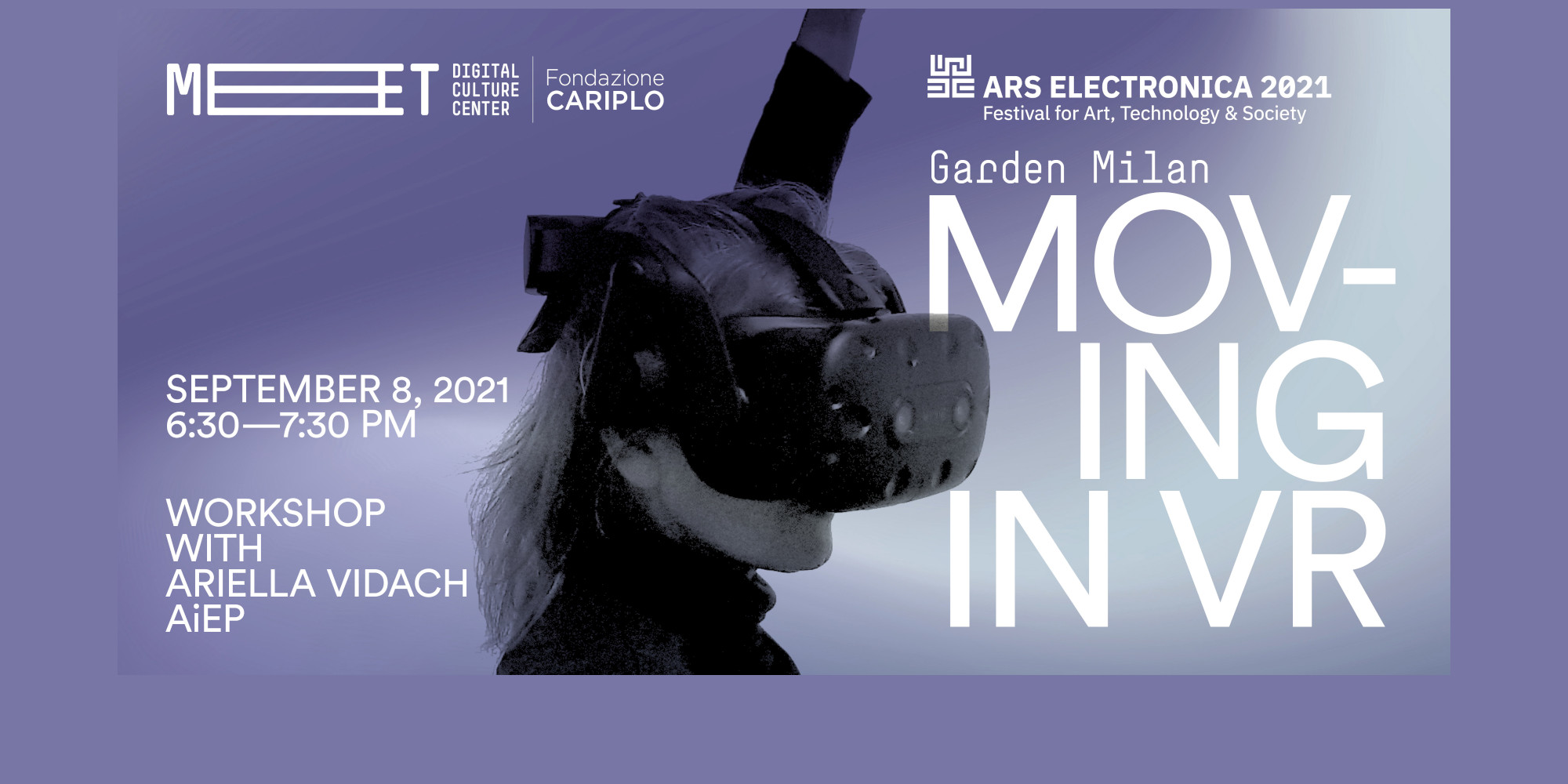 Move in VR! is a performative workshop to propose to a group of 15 participants – from remote locations and through Oculus viewers – a virtual reality experience that will give them the opportunity to physically experience a new dimension, creating and dancing in a participatory choreography. Before starting the workshop, participants will be provided with all the necessary information to use the platform together with the possibilities offered by the virtual space, including the use of objects how to move around the virtual space. Upon entering the VR space, the avatars/performers, together with the workshop animators, will perform a short choreography aimed at introducing some examples of actions and movements that will lead to collective participatory performance. 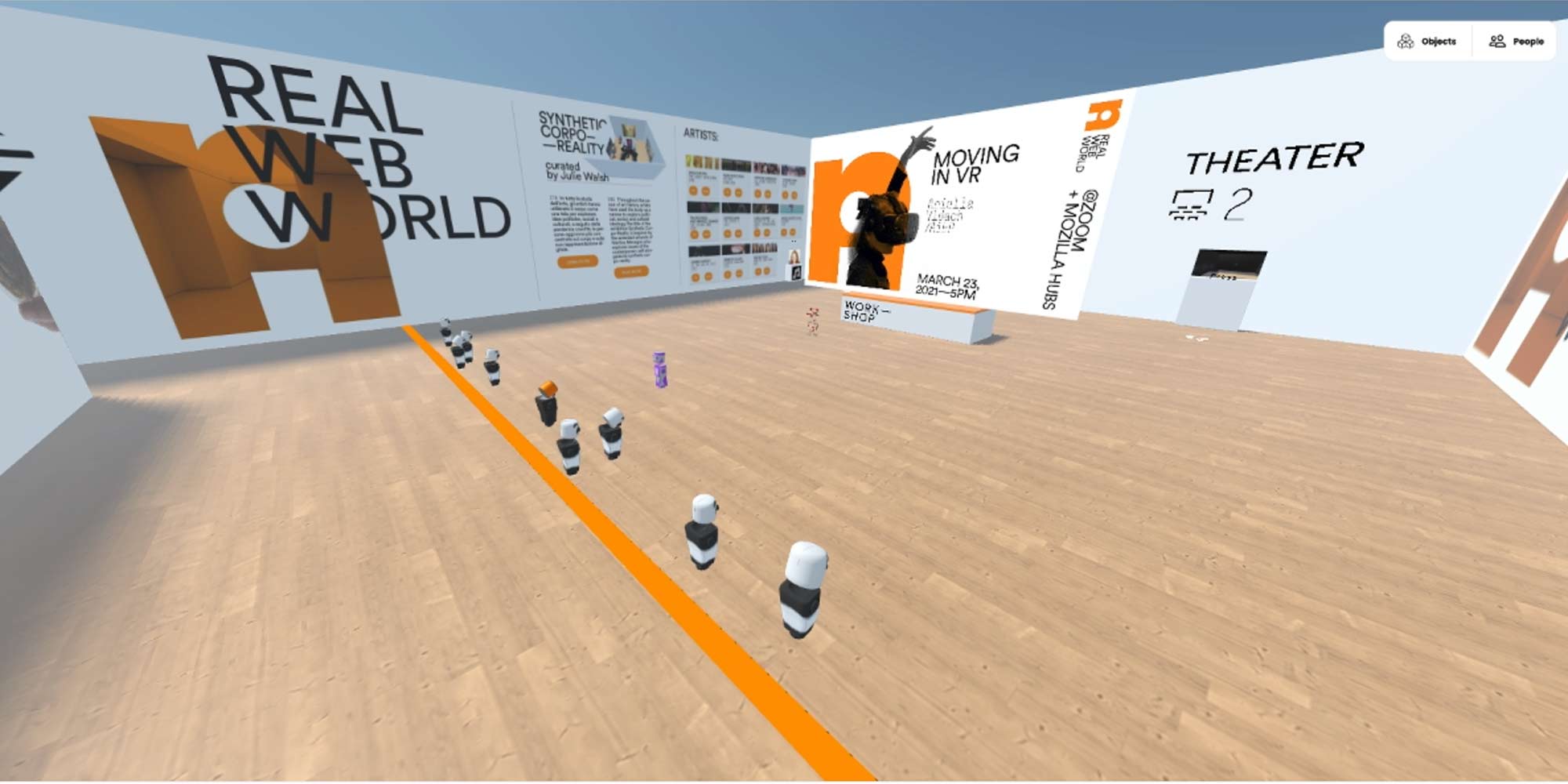 Moving in VR!, Ariella Vidach – IT Claudio Prati – IT AIEP’s VR dance company – IT
Ariella Vidach: studied arts in New York in the eighties, where she had the opportunity to meet and train with the protagonists of American postmodern dance, like Trisha Brown, Twyla Tharp, Dana Reitz, to Steve Paxton and Bill T. Jones. She returned to Milan in 1990 and in 1996 she founded the Ariella Vidach – AiEP dance company, with which she produces multimedia performances that combine choreographic research with an interest in the relationship between body and technology.
Claudio Prati studied at Brera Academy of Fine Arts in Milan from 1982 to 1986, graduating in sculpture with prof. Alik Cavaliere. From 1986 to 1988 he studied at New York University with prof. Peter Campus in the M.A courses of Videoart and Special Project Mixed Media. In 1988 he returned to Europe and founded the cultural association Avventure in Elicottero Prodotti (AiEP) in Lugano where he produces various multimedia performances combining theater, dance and new visual arts.