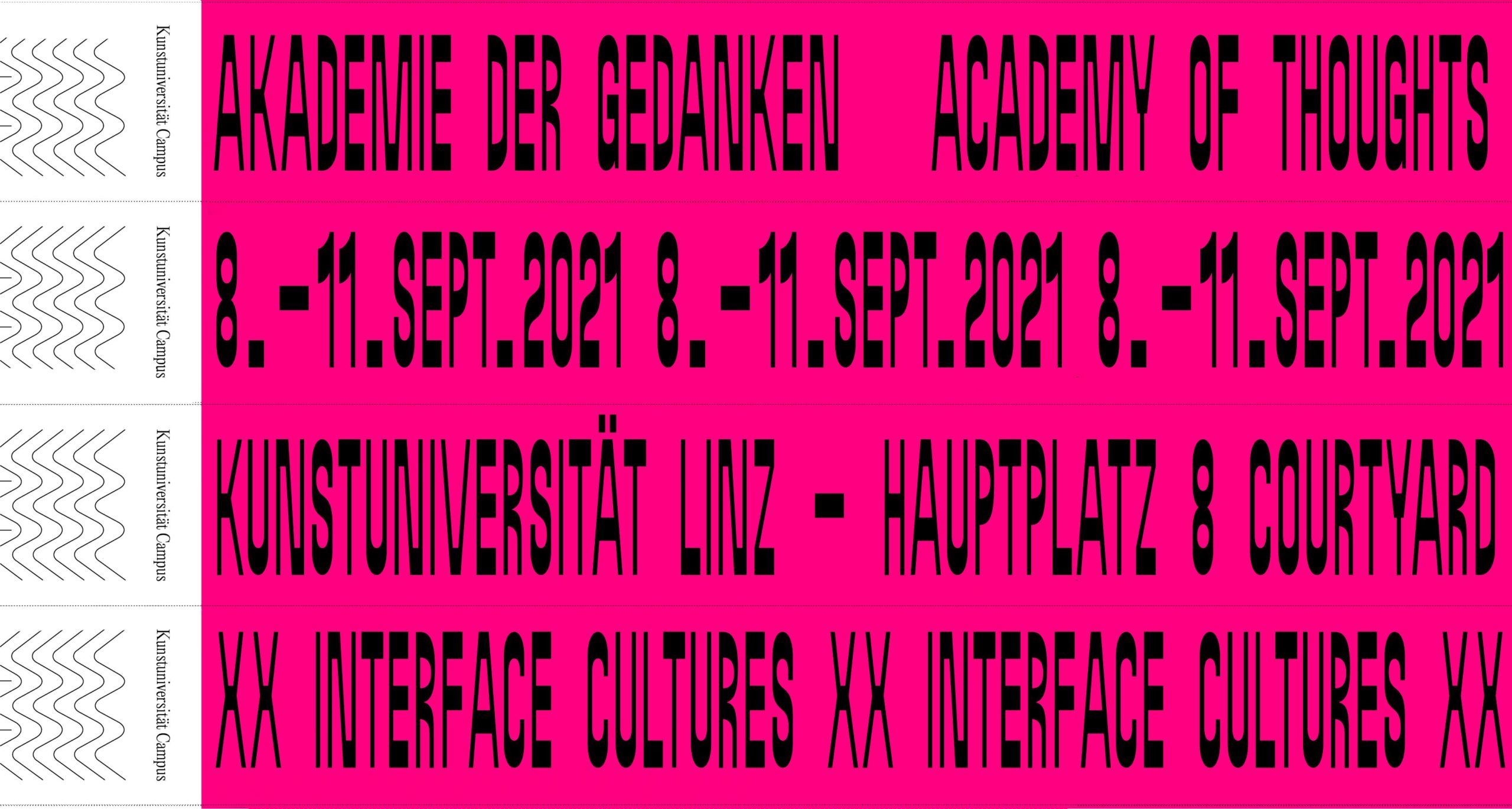 Around 2000, several interaction design programs were launched around the world. Along with London, New York and Ivrea, Zürich University of the Arts has launched its educational and research activities in this emerging field. We began with a motivation to humanize digital technologies and make them more inclusive and accessible. Two decades later, pressing environmental, social, and political challenges demand that we adapt and expand our focus to encompass worlds and interests other than only those of humans.

Through lectures and discussions, we share our speculative and experimental practices with digital, chemical, and biological technologies, which are increasingly interwoven with complex ecological thinking. We invite you to join us in reflecting on the critical and investigative role of interaction design in our society, today and over the past decades.

Karmen Franinović (CH): Karmen Franinović, who holds a PhD degree in Art and Media from Plymouth University, worked on the design of large-scale public buildings, created participatory urban environments, developed dynamic material sculptures, haptic floor tiles and movement motivating wearables. Challenging established interaction paradigms, her doctoral project proposed a novel enactive approach to sonic interaction, which she is currently extending to her work with dynamic materials. Franinović is Professor of Interaction Design at Zurich University of the Arts and the co-founder of Zero-Th, an organization exploring social and sensorial experiences in public spaces.
Joëlle Bitton (FR): Joëlle Bitton is an artist and a human-computer interaction researcher. She currently teaches at the Zurich University of the Arts in Interaction Design. With her works, Joëlle explores a sense of material intimacy and personal geography with machines and systems. She likes most to entangle strangeness and familiarity together. As such, in her doctoral thesis at Harvard University Graduate School of Design, she created interactive fabrication processes with personal data as a way for individuals to have an intuitive control of machines.
Gerhard M. Buurman (EU): Gerhard M. Buurman earned his doctoral degree in aesthetics and art history from the University of Essen (Folkwang). Buurman was founding Professor of Interaction Design at Zurich University (1999 – 2012), Game Design (2004 – 2008) and Design Research Institute (2011 – 2015). Most recently, Buurman co-founded and established the Future Making program (MA) at Pforzheim University. In the 2010s he was a visiting professor at the University of Art in Linz, where he still supervises external doctoral students. Since 2020, he is running his own research institute (»Institut für Denkformen«) in Constance (DE) where he independently conducts artistic research in the field of »postmodular cybernetics« and (world)model theories. {postmodular.de}, {modelle.postmodular.de}
Roman Kirschner (AT): Roman Kirschner is an artist, researcher, writer, teacher and sometimes curator working across disciplines. His current research interests revolve around social metabolisms and ecologies, interactions with environmental microbiomes, transformative materials, spatial strategies, research methods and the mutual influence of material, imagination and epistemology. After studies of philosophy, art history and audiovisual art he wrote a PhD on “The Paradigm of Material Activity in the Plastic Arts” at the Academy of Media Arts Cologne (GER). He was the project leader of the arts-based research project “Liquid Things” at the University of Applied Arts Vienna (AT). He is a lecturer at the Zurich University of the Arts (CH). His works were shown in exhibitions in Europe, Asia, North and South America.