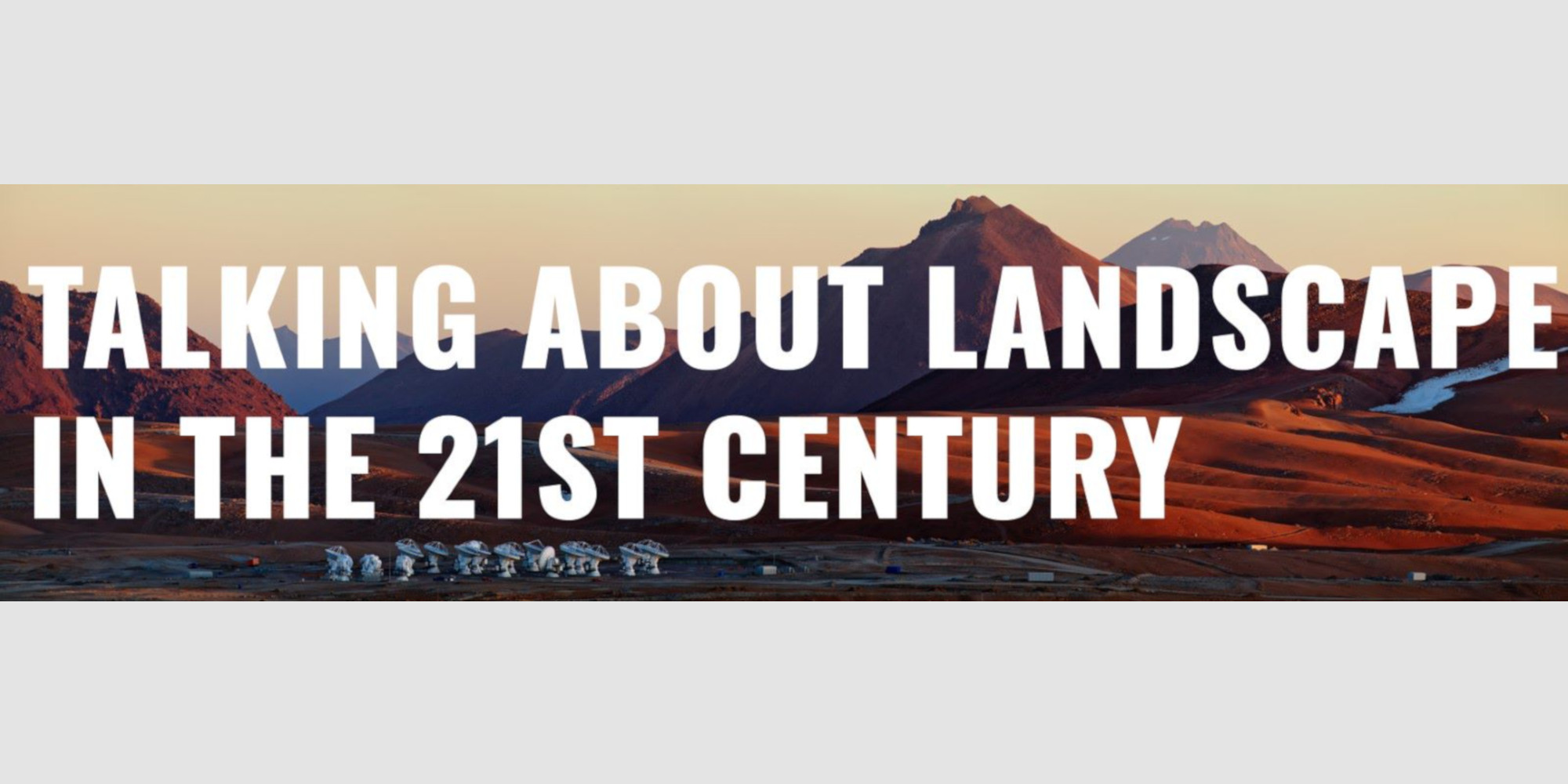 We are presenting a web-learning platform that gathers more than 50 references about our contemporary understanding of landscape. At the behest of Fundación Mustakis, this project was co-curated by Diego Lara Koenig (CL), with Sergio Martín (ES), invited by ALMA Observatory. Its design and development were by Patrick Cartlidge. Concurrently, Samuel Domínguez (CL/GB) has created an exclusive digital intervention for the CCTV cameras in ALMA Observatory. The live video, with digital modelling and animation by Ming Rang Bai, will be broadcast during the festival.

Samuel Domínguez (Chile, 1995): Samuel Domínguez will be a MA in Sculpture by the Royal College of Art (2022) and has a PostG Diploma in Physics by the University of Chile. His work usually starts with scientific inputs and methods about landscape and natural phenomena, to create immersive sculptures using sound, the moving image and other digital processes. By these means, the artist presents both the digital and the natural as blended realities.
Sergio Martín (ES): Sergio Martín has a PhD in Astronomy by the Universidad Complutense de Madrid (2006), based on work carried out at the Instituto de Radioastronomía Milimétrica (ES). He has collaborated in more than 130 peer-reviewed scientific publications about active galactic nuclei. He is an expert on the analysis of molecular emissions in space, and has worked at multiple observatories, including the SMA at the Harvard-Smithsonian Center for Astrophysics (US), ALMA in the European Southern Observatory (CL), and NOEMA in the Institute de Radioastronomie Milimetrique (FR). He is currently the manager of operations for the Performance Group at ALMA.
Diego Andrés Lara Koenig (CL): Diego Andrés Lara Koenig has a Master’s Degree in Landscape Architecture by Diego Portales University (2020). He has worked as an architect, scriptwriter and producer for media, and as a freelance architectural designer and draftsman. His master’s thesis was on the atmospheric pollution problems in the city of Temuco (CL), and on the arboreal species that could provide the issue with a solution. In addition to this, he held a course for fantasy film sculpting and modelling atthe CinemaSantastic Academy. He is currently conducting the “Extensión y territorio” workshop at Temuco Catholic University.
Patrick Cartlidge (GB): Patrick Cartlidge is a web-developer based in London. He is passionate about art, technology and how they can be made to intersect in interactive experiences.
Ming Rang Bai (GB): Ming Rang Bai studied at the Art Institute of Chicago and finished his Masters at the Royal College of Art in London. His work stems from an interest in 3D digital modelling and interactive digital experiences, primarily by using video games in innovative ways.