The future under the pillow 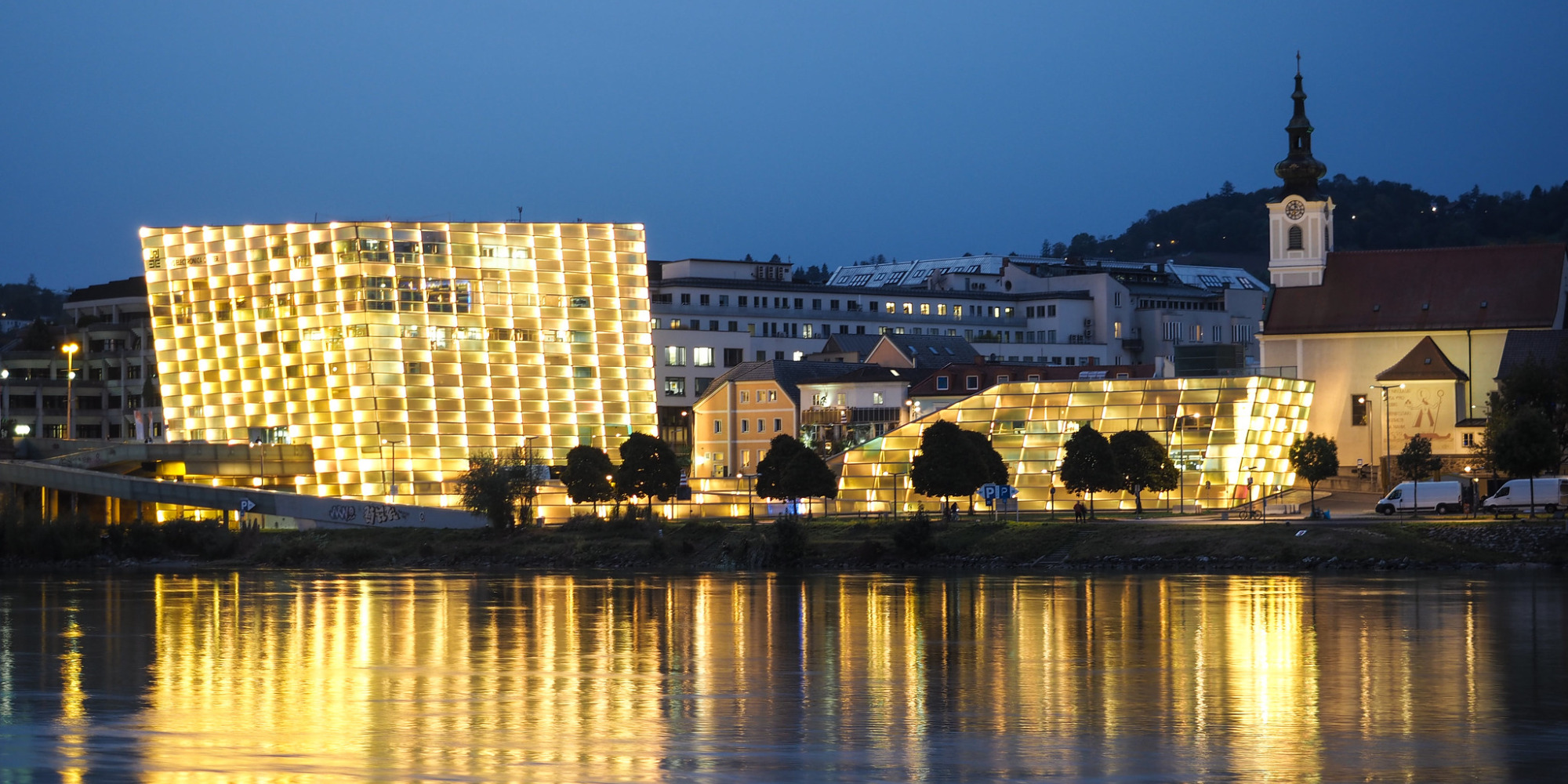 Covid-19 influences our life and our future to an extent that we cannot yet estimate. But even beyond that, our future is worth a closer look: artificial intelligence, virtual realities, digital humanism – on all these futuristic topics we send an expert to Life Radio once a month to make them accessible to a broad public.

Our trusted reporter is Benjamin Hartwich. Together we think about topics at the pulse of time, which should make it from the think tanks of intellectuals to the regulars’ tables of the citizens. Or to put it another way: in this podcast we discuss the future – technologically and philosophically.

The present is already digital and we communicate with each other daily via many platforms. Together with Ars Electronica, I’d like to shed light on what’s actually happening in the background and where we can also develop positively as a society with technology. Because without technology, it won’t be possible in the future either.
Benjamin Hartwich

Here you can find all episodes (interviews in German): https://www.liferadio.at/zukunftspodcast?fbclid=IwAR134zq0bMRzasSWIRB4YL7M2q9s_F0w2XGZdGSv-bwCx2Lo6Di6hVmMf0o

„The technology is not to blame“

In the first future podcast by Life Radio and Ars Electronica, Gerfried Stocker, Artistic Director of Ars Electronica, himself provides the answers. The setting is the Ars Electronica Center, which was newly opened just last May and which, under the title “Compass – Navigating the Future”, takes an in-depth look at Artificial Intelligence. While the Museum of the Future has a visible affinity for technology, it is this visual presence that one could also miss. We want help and services that make our lives, our everyday life easier – but viewing the hardware brings no advantages.

Recently, discussions have flared up again and again that ask about the degree of self-determination when it comes to digital use. What rights and opportunities do users have? How much digital hermitage is necessary? Where is human dignity apart from the profit maximisation efforts of large corporations?

If the near past has shown one thing, it is the individual’s opportunities for co-determination – the climate movement alone puts millions of people on the streets for a goal. However, it is precisely this possibility that of course also carries with it responsibility: blaming or rejecting technology is counterproductive; on the contrary, meaningful symbioses must be found. Out of pessimistic passivity and into responsible activity.

Why people always commute between the extremes, why the term Artificial Intelligence is misleading and why we finally have to start defining what we want – for that you can now put your laptop under your pillow or just listen to the podcast:
https://audio.liferadio.at/2019/10/die-technologie-ist-nicht-schuld/

Controlling objects with the power of my thoughts

What technology can already do and how this can only be assessed as positive is demonstrated in the area of Brain Computer Interfaces, short BCI, at the Ars Electronica Center. That’s not yet a USB port on the head by means of which you can simply load a new language into the brain, as happens time and again in science fiction films, but it’s not just a pipe dream either.

Christoph Guger from g.tec has been researching the possibilities of brain computer interfaces in the medical field for two decades: In humans, reactions can be initiated in this way after a stroke, more than half of all coma patients can make contact with the outside world at least temporarily by means of simple yes/no communication, and at some point the time will have come when a completely paralyzed person can make use of an artificial body. Or an avatar can be sent to a crisis area instead of a human journalist.

How this works can be tested at the Ars Electronica Center – Erika Mondria, Supervisor Brain Projects, explains and supports the use of recoveriX, mindBEAGLE and has created my brain code 1.0, an artistic work that deals precisely with this visible and measurable process of individual brain oscillations. Visitors can try out if the installation recognizes the city they are thinking about.

Sounds exciting? It is! You can listen to the full podcast here: https://audio.liferadio.at/2019/11/mit-der-kraft-meiner-gedanken-gegenstaende-steuern/

Customers who bought this item were also interested in the following. Who has not yet made an odyssey through any online shop, following constant recommendations? But how are these suggestions to be interpreted? Do they help if the sparkling gift idea is missing? And will online shopping bring all real shops to close?

At the Christkindlmarkt, life radio reporter Benjamin Hartwich meets Ali Nikrang, key researcher at the Ars Electronica Futurelab and currently a much requested man through his studies of computer science and composition. For example, he was involved in the exhibition design of Understanding AI and AI x Music and was able – together with the Bruckner Orchestra Linz – to give Gustav Mahler’s unfinished symphony a possible completion. In many interviews since then, he has patiently explained his activities to us and thus enriched the Ars Electronica Blog in such a way.

Of course the world is constantly changing, digital things – and with them the various applications of artificial intelligence – are finding their way into our lives and changing the way we shop or obtain information. In a wide range of offers, AI can be used to direct our attention. This is done by means of data processing: the system looks at countless searches, compares them with each other, searches and finds similarities and suggests these to each other. The larger the amount of data becomes, the more customers use this portal, the more the average crystallizes as the optimal sales market. Amazon can be compared to a highway, where everybody drives in the same direction – which is good if you want to get where you want to go quickly. But sometimes you have to leave the highway and go your own way.

Why the experience is not taken over by an AI, why you don’t get the prize for the most creative giver with Amazon’s recommendation system and whether “Last Christmas” can be switched off, you can find out in the podcast: https://audio.liferadio.at/2019/12/geschenkideen-von-amazon-machen-wenig-sinn/

Your life is influenced by data that you willingly disclose

Tracks on the Internet reveal information about who we are. Big Data is the term for it. It’s not about the individual, but about the large quantity. By collecting large amounts of data, a great deal can be said about society, about what is sought after, about what is currently of interest or even what sells well.

How can this be approached? Ars Electronica tries to do it by combining society, technology and art. Because in order to be able to have a say at all, it needs first and foremost an approach: a public place like a museum, a playful approach to art and, of course, to the right topics.

Why Siri doesn’t understand your grandma

The robot psychologist Martina Mara does not necessarily have R2D2 lying on her couch, rather her research focuses on the human perspective in the nature of Artificial Intelligence. Communication works well when people feel safe – which is not the case when machines are humanized too much and when there is a fear of being replaced by them. We should always remember that it is us who create Artificial Intelligence – with all its advantages and disadvantages.

Repeatedly it is noticeable that different groups of people are poorly understood by voice recognition systems such as Siri or Alexa. Women in general and older people. This is because of how they are programmed and what they learn from, namely large amounts of human speech recordings. However, where this happens, it is mainly young, white men who sit there, and this over-representation leads to a worse position for others.

It is important that different groups participate in this development so that there is as much diversity as possible. Not only men and women, but also older people and generally different disciplines or backgrounds such as social science, philosophy, art – different people, different mindsets.

You want to know more about stereotypes, Turkish translations and Hiroshi Ishiguro’s Doppelgänger. We say it’s worth it: https://audio.liferadio.at/2020/01/warum-siri-deine-oma-nicht-versteht/

Drawer thinking is the problem

Artificial intelligence, with all its different areas of application, continues to trigger debate. The collection of data, i.e. Big Data, also repeatedly gives cause for discussion. Most recently, the Public Employment Service (Arbeitsmarktservice) caused an outcry when it became known that job seekers would in future be classified and evaluated by algorithm.

Horst Hörtner, Director of the Ars Electronica Futurelab, however, sees the problem less in Artificial Intelligence itself and more in pigeonholing. If an algorithm decides purely on the basis of statistics, then women with many children have poor chances in further education programs. Conversely, this would also mean that Ursula von der Leyen, mother of seven children and President of the European Commission, would be difficult to place on the job market. That is called prejudgement.

In this respect, it is essential above all to rely on confidence-building measures in addition to education. The decision as to who will make the decision must be openly discussed. Artificial intelligence is designed to make statistical decisions, there is no such thing as a 100 percent hit rate. That may be okay in personalized advertising, but as soon as life decisions are involved, an error rate above the human one is fatal.

What the big question is, what OT stands for and why we will hear it more often and who drives the subway in Tokyo, you can find out in the podcast: https://audio.liferadio.at/2020/03/das-schubladen-denken-ist-das-problem/