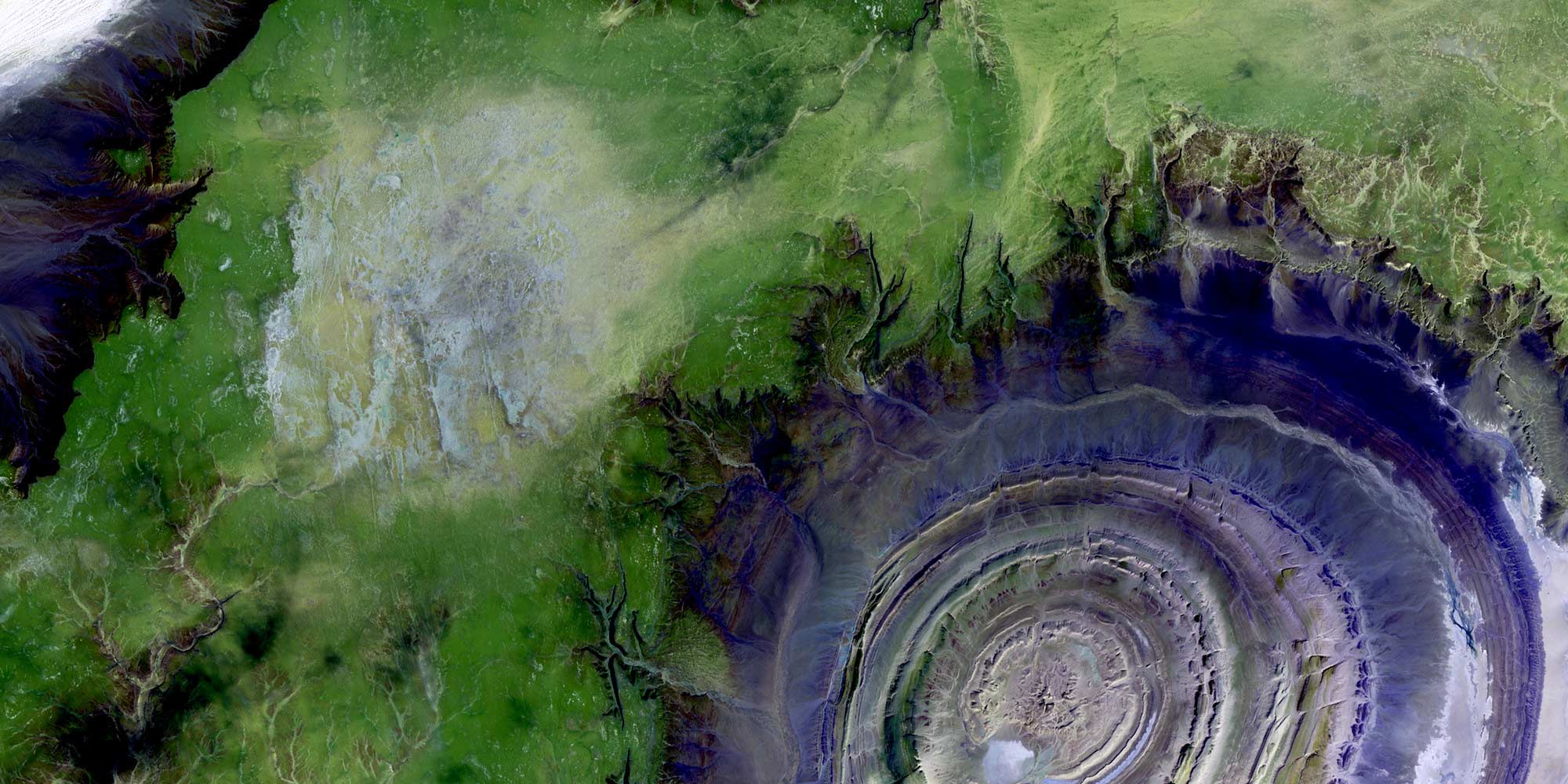 Take this: The New Digital Deal!

Climate justice, sustainable digitization, solidarity and care, low-carbon design and education, and last but not least a good dose of solar punk – all indispensable ingredients of a “New Digital Deal” and therefore also topics of the all-day Branch Magazine Symposium on Friday. It will be curated and chaired by Michelle Thorne and Chris Adams as well as Christine Lariviere, Andres Colmenares and Alexandra Deschamps-Sonsino, all of them (co-)creators of Branch Magazine, an award-winning online magazine written by and for people who dream of a sustainable and just internet for all. 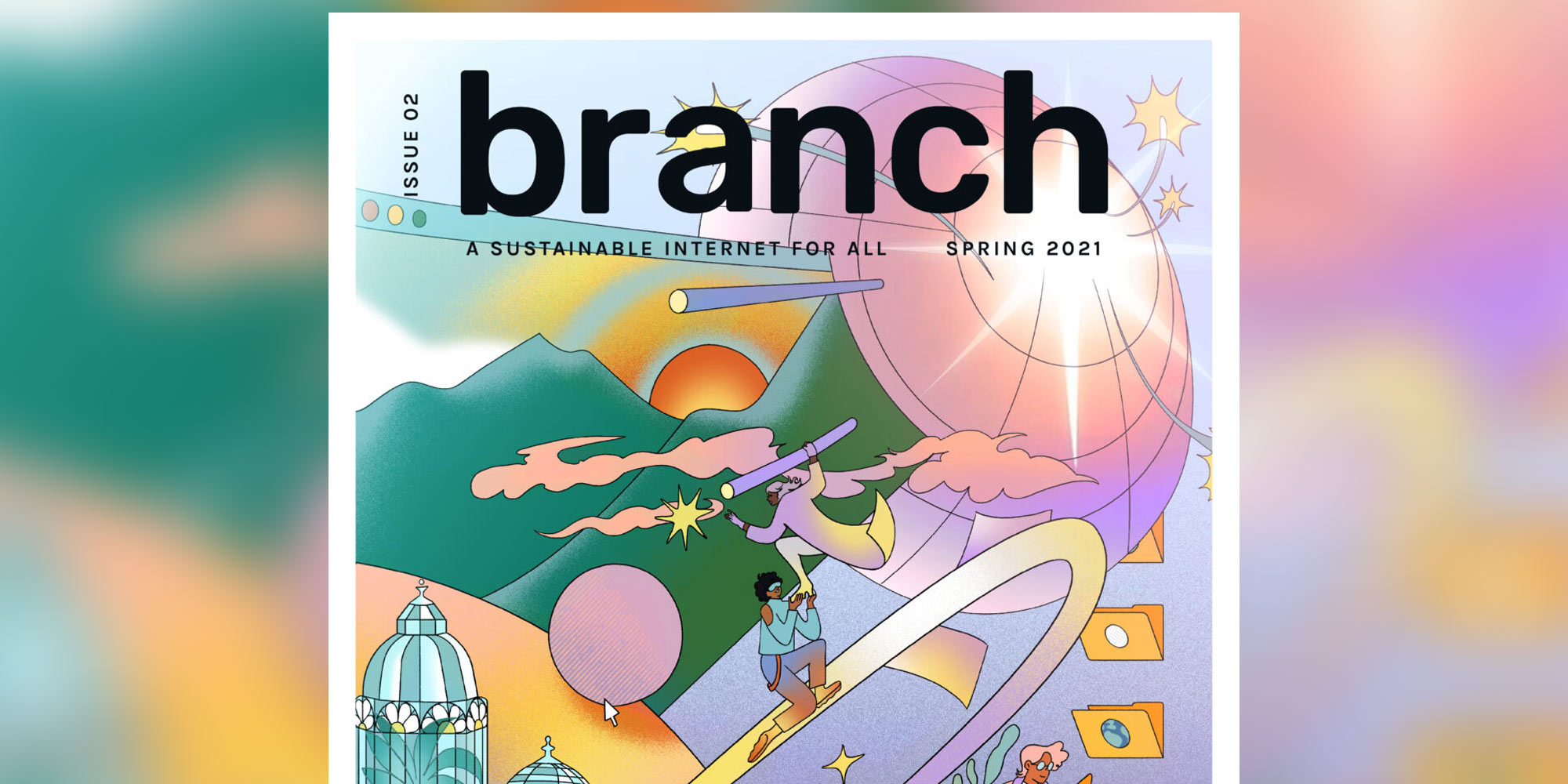 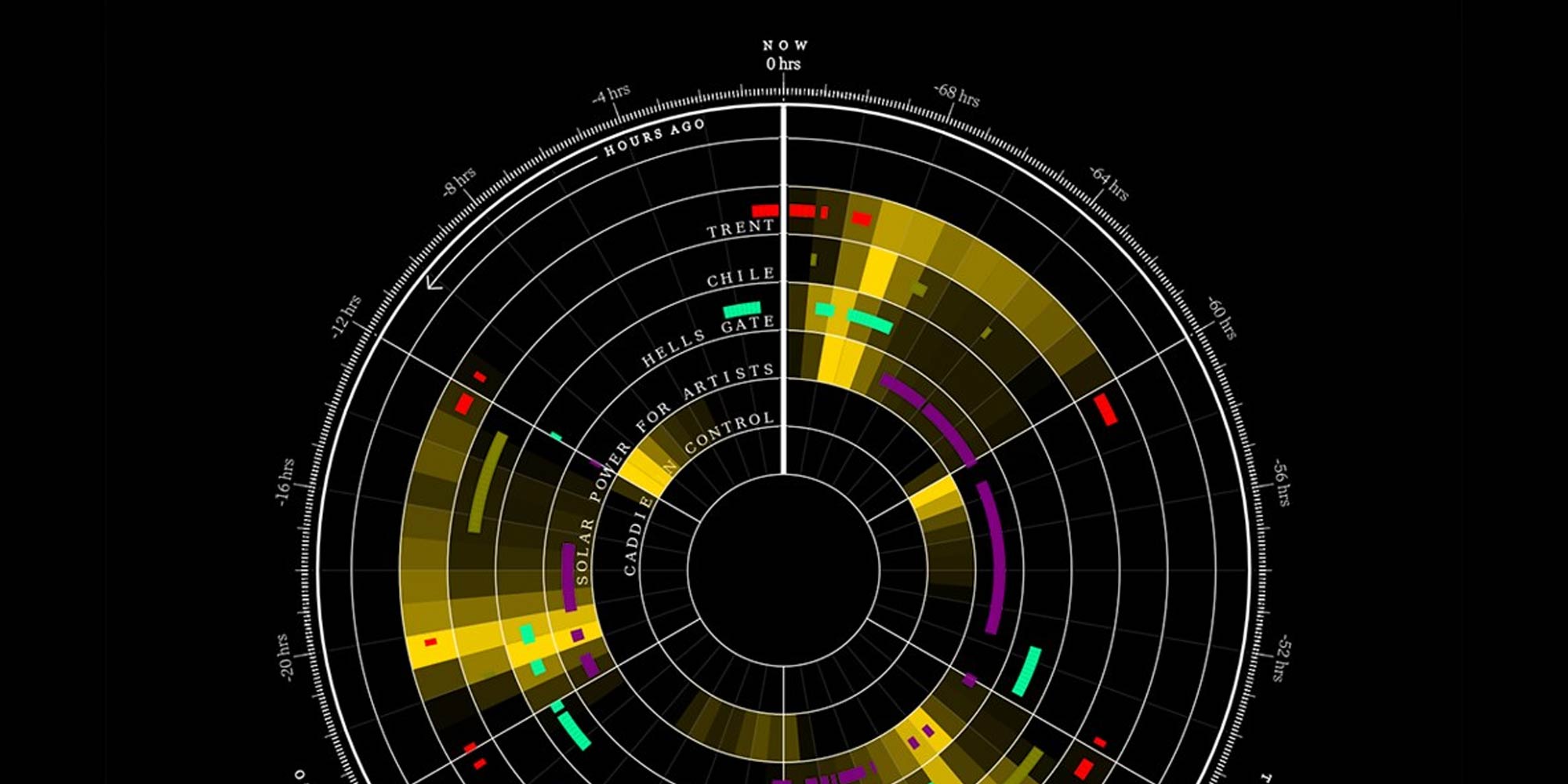 Not only the conference, but also a special exhibition is explicitly dedicated to the “New Digital Deal” and the many facets in which the digital manifests itself in our lives today. The show is not merely a stocktaking, but is always about the meaningful potential that digital technologies could unfold for our society. It is therefore highly doubtful that it will soon no longer be the dog but a smart robot modeled on it that will be our “best friend” (“Fascination Robotic“) – and yet the four-legged robot is the perfect example of how we often have the wrong discussions when it comes to technology. Instead of a polarizing “technology-will-replace-everyone-and-everything!” a “how-can-technology-meaningfully-expand-our-possibilities?” would be helpful.Such useful applications are also the subject of the large exhibition on the festival theme, in which one first gets lost in order to orient oneself and then get lost again. It shows, for example, how an emergency ventilator for COVID patients can be made from medical aids available everywhere and an electronic open-source module (“Eurus“), how blockchain can be used in the sense of a fair social and technological knowledge transfer (“1HWork“) or mobile robots can use the reflection of millimeter waves to safely navigate through fog or dust clouds (“Magic Eye“). In between, the question arises why we do not – or are far too timid to – put such convincingly good solutions to use, while we use other technologies on a daily basis, even though they cause high social or ecological follow-up costs? How little we are aware of how far tech companies actually go to profit from our weaknesses, insecurities, illnesses and addiction potentials is demonstrated by the artist group “Laokoon” with an extraordinary (data) experiment (“Made to Measure“). 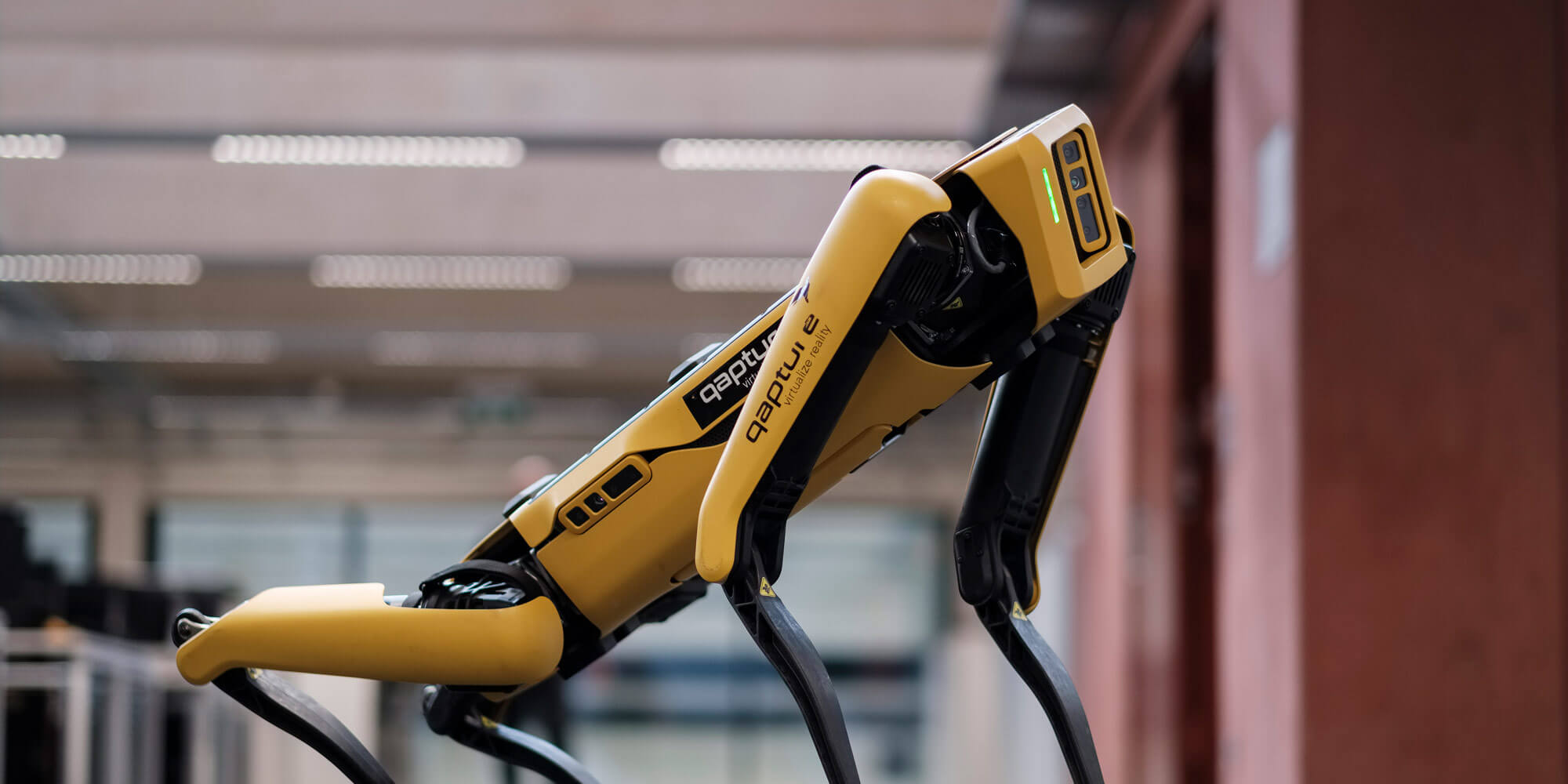 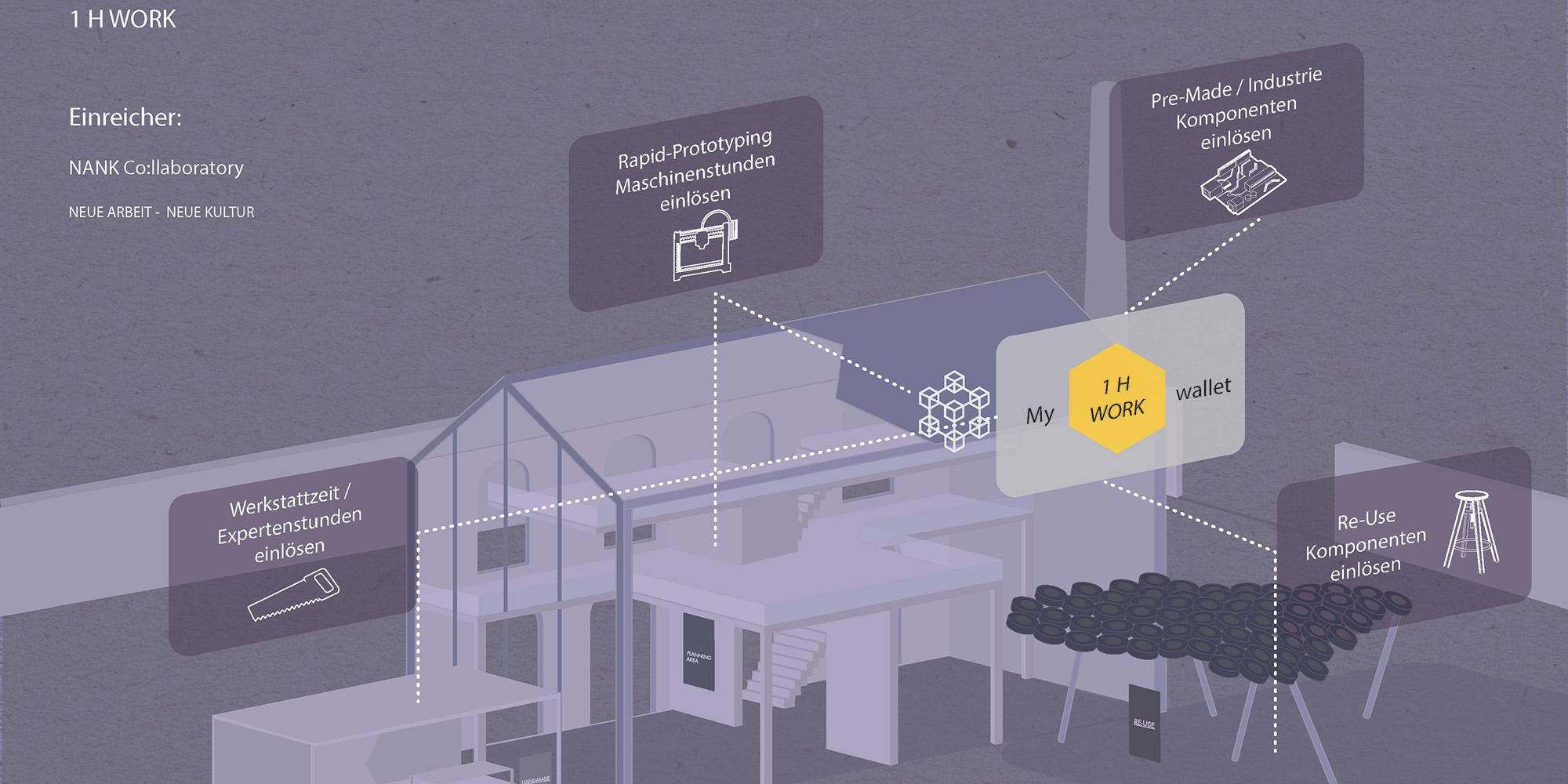 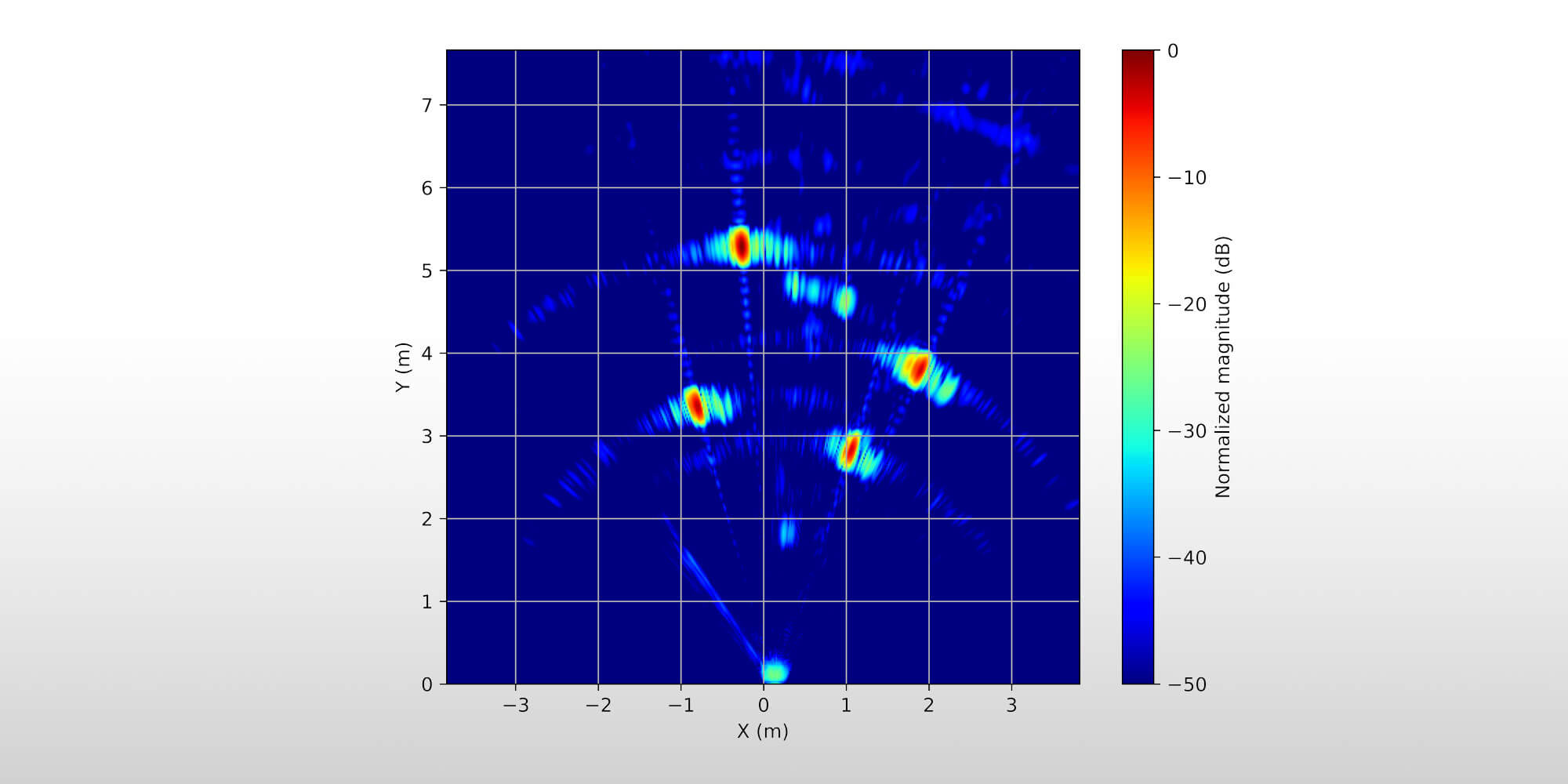 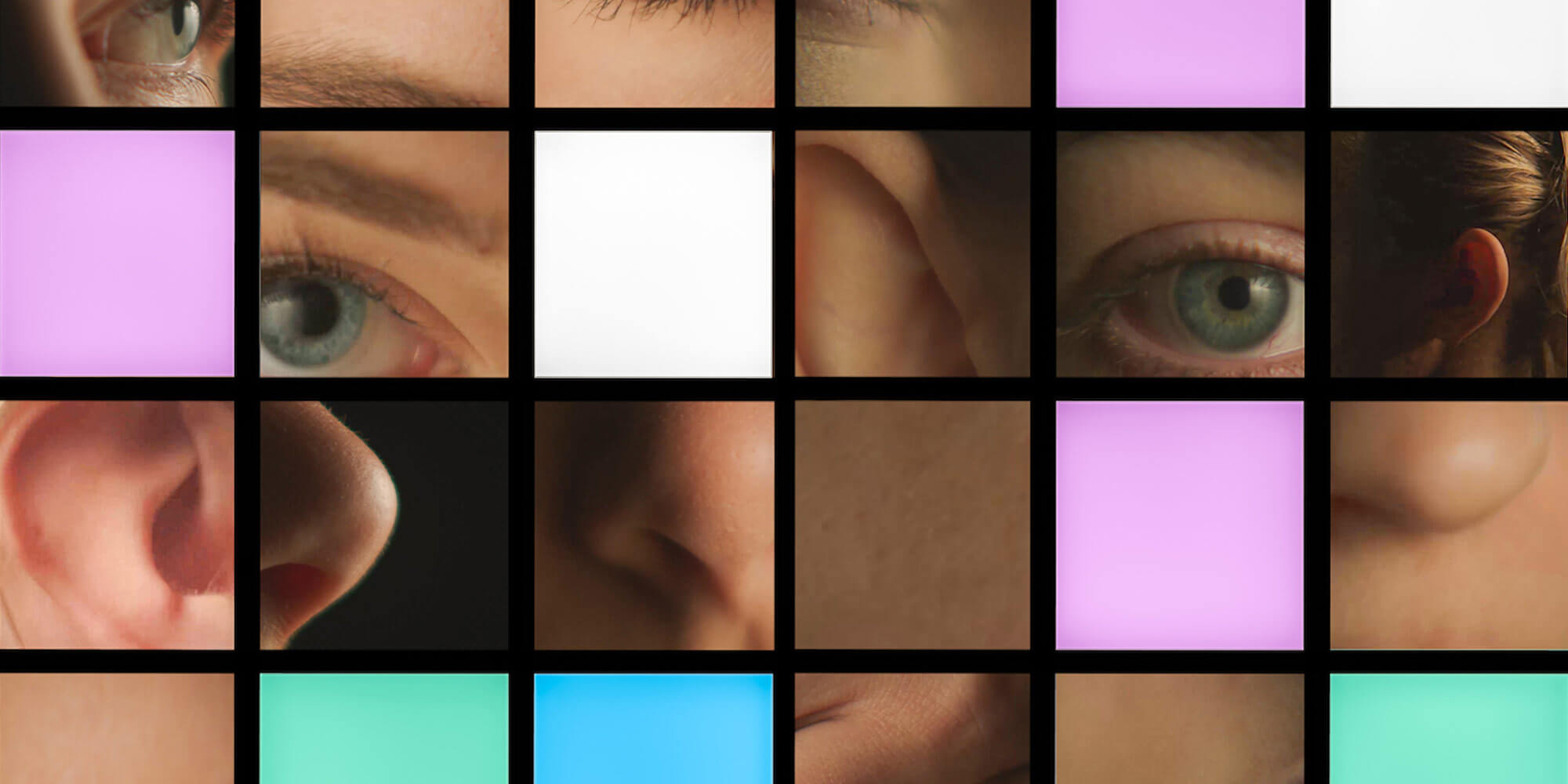 While our paths may often seem unfathomable, it is certain that how we as a society deal with “the future,” how we talk about it, and how we think about it plays a decisive role. In any case, artists suggest that we leave behind once and for all traditional hierarchies between the real and the potential and thinking in binary categories such as “local – global,” “individual – collective,” or “real – virtual” (“Triopic Spectacle“). Incidentally, many of the projects in this themed exhibition, which spans two buildings, are the result of artist residencies offered and carried out as part of the “European ARTificial Intelligence Lab” initiated in 2018…The ever-increasing automation and digitalization of our working and living environments, the future roles of humans and machines, the “human” and the meaning of creativity and art – these are the very big topics and questions that Ugo Dehaes then brings to the tableau with his lecture-performance “Simple Machines“. He tells the story of a choreographer who goes all out to replace himself with technology. He creates machines that first mature in slimy cocoons, slip out of them and take their first steps in a new world. Little by little, these robots become independent. Using machine learning, they train tirelessly and are soon able to walk, then dance and finally react to each other and together create and perform a show that the enraptured human audience applauds.. 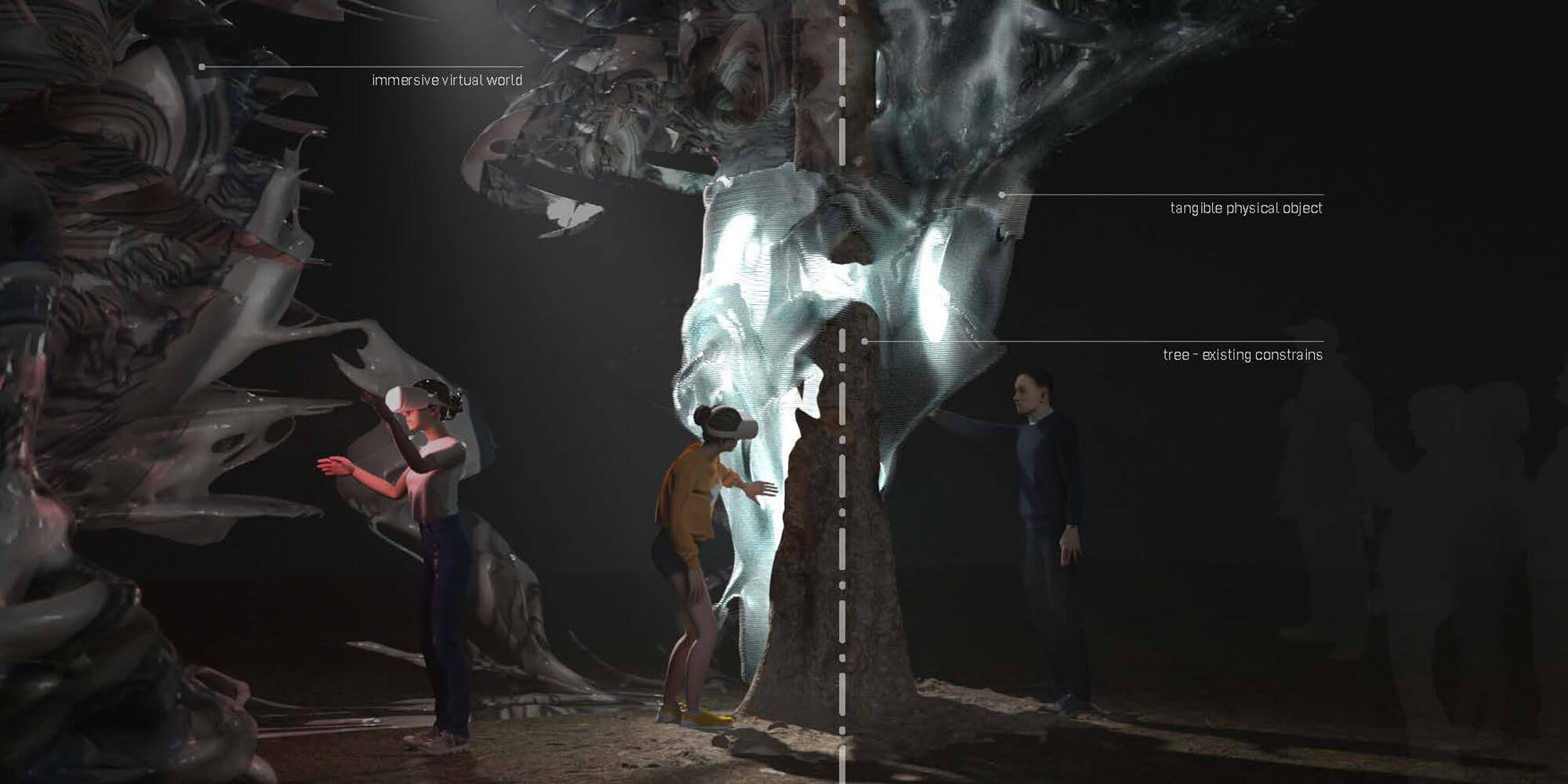 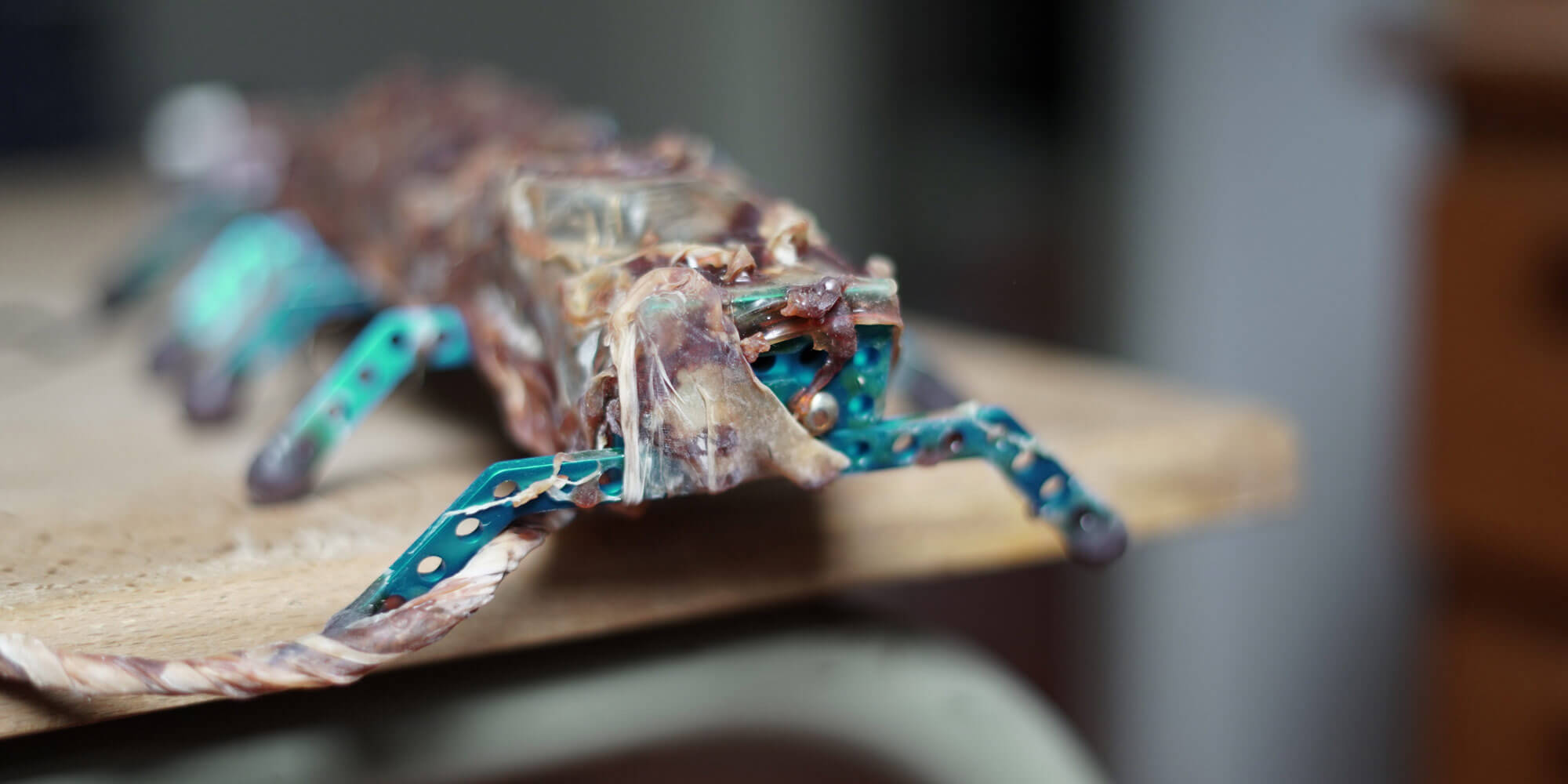 Simple Machines, Credit: Ugo Dehaes
ZurückWeiter
When the sun sinks behind the JKU’s Somnium perched high above, it’s time to invite outstanding – human – artists onto the stage and into the spotlight. First on the program is the Award Ceremony, the festive awards ceremony for the Prix Ars Electronica 2021. Immediately following, the “Big Concert Night“, which again this year promises an extraordinary musical experience: The Bruckner Orchestra Linz, led by principal conductor Markus Poschner, the Company of Music, under the artistic direction of Johannes Hiemetsberger, and the Swiss sound artist Andres Bosshard will transform the Kepler Gardens into a fascinating world of sound, complete with Bruckner’s 9th Symphony takes shape and evaporates again with Ligeti’s “Lux Aeterna”. 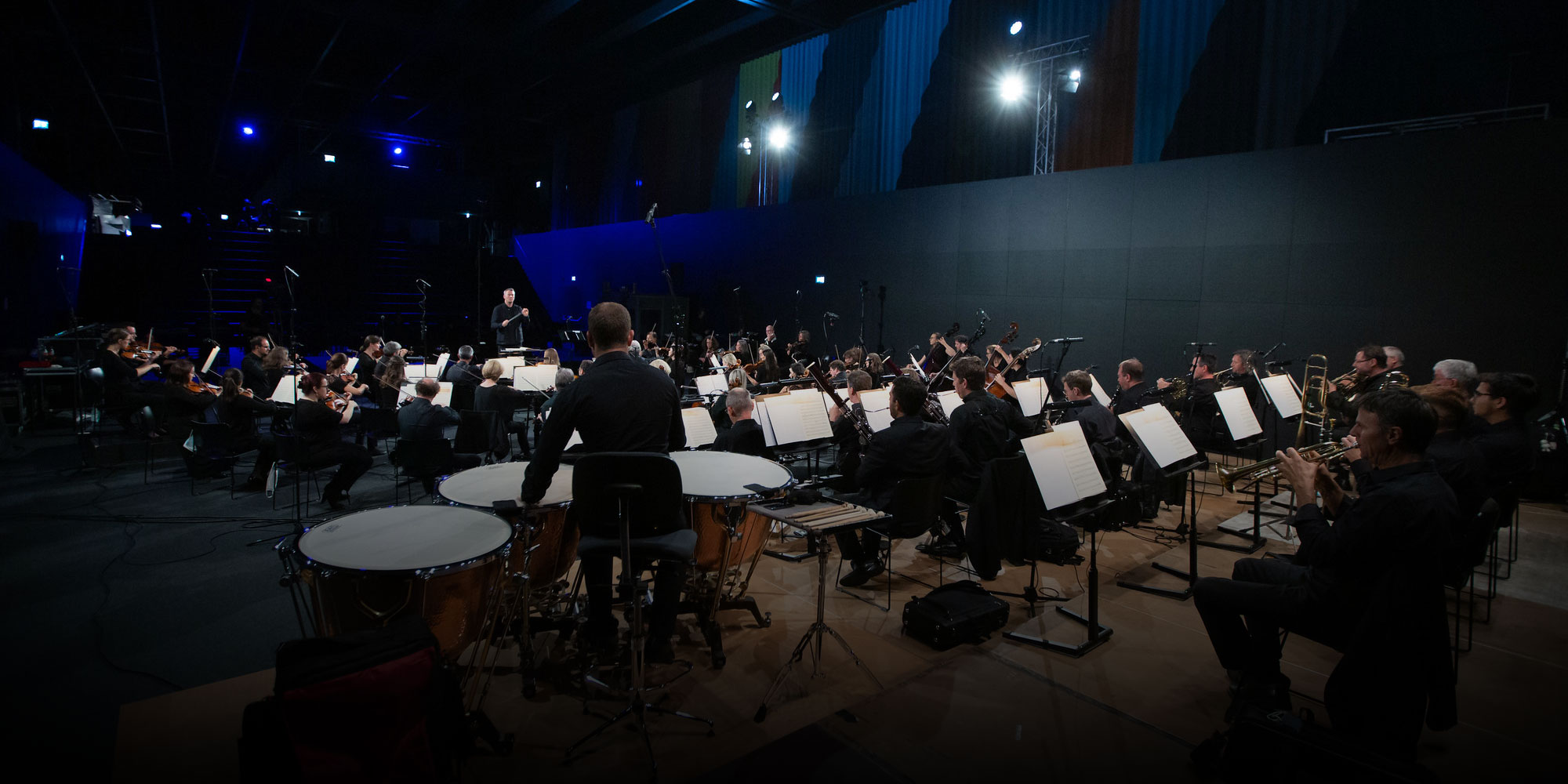 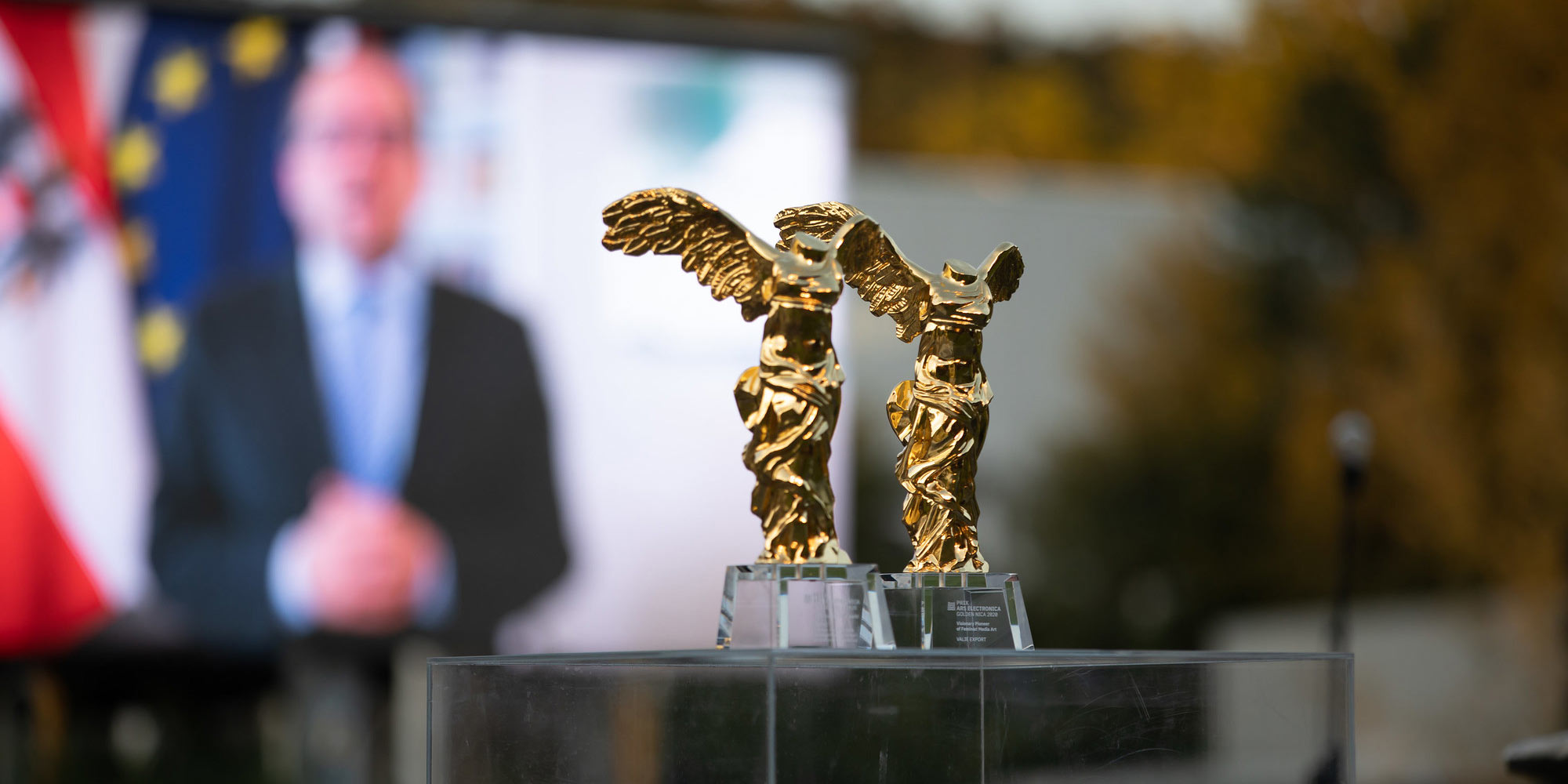 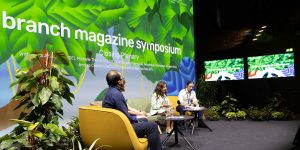 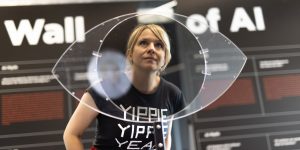 This year’s Ars Electronica Festival theme exhibition is dealing with the many different forms the relationship between the digital and all scales of life can assume. The artworks demonstrate the links technologies evolve to living things from the tiniest microbial organisms to the methods of examining our bodies and even shows the potential to facilitate the creation of life itself. 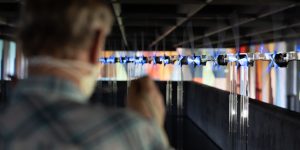 What visions, expectations and fears do we associate with the idea of a future, all-encompassing artificial intelligence? In the AI Lab Exhibition, various artists address this question with their works. 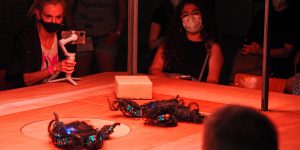 Simple Machines is a lecture-performance in which we see how robots are born, from slimy cocoons to shiny machines. Through artificial intelligence, these creatures learn how to dance by themselves and create their own show. 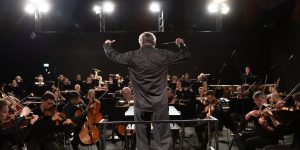 Once again, Ars Electronica’s Big Concert Night goes on a grand voyage of discovery. After exploring the world of robotics and AI, encountering digital images and engaging with dance and theater, the focus this year is on the core of all music: the acoustic basis for sound and the space that sound can create. On the one hand, we examine the physical space that sound waves traverse and create, but of course we will also explore the metaphysical multidimensions that sound opens up in the process of becoming music.

The Festival Days at a Glance 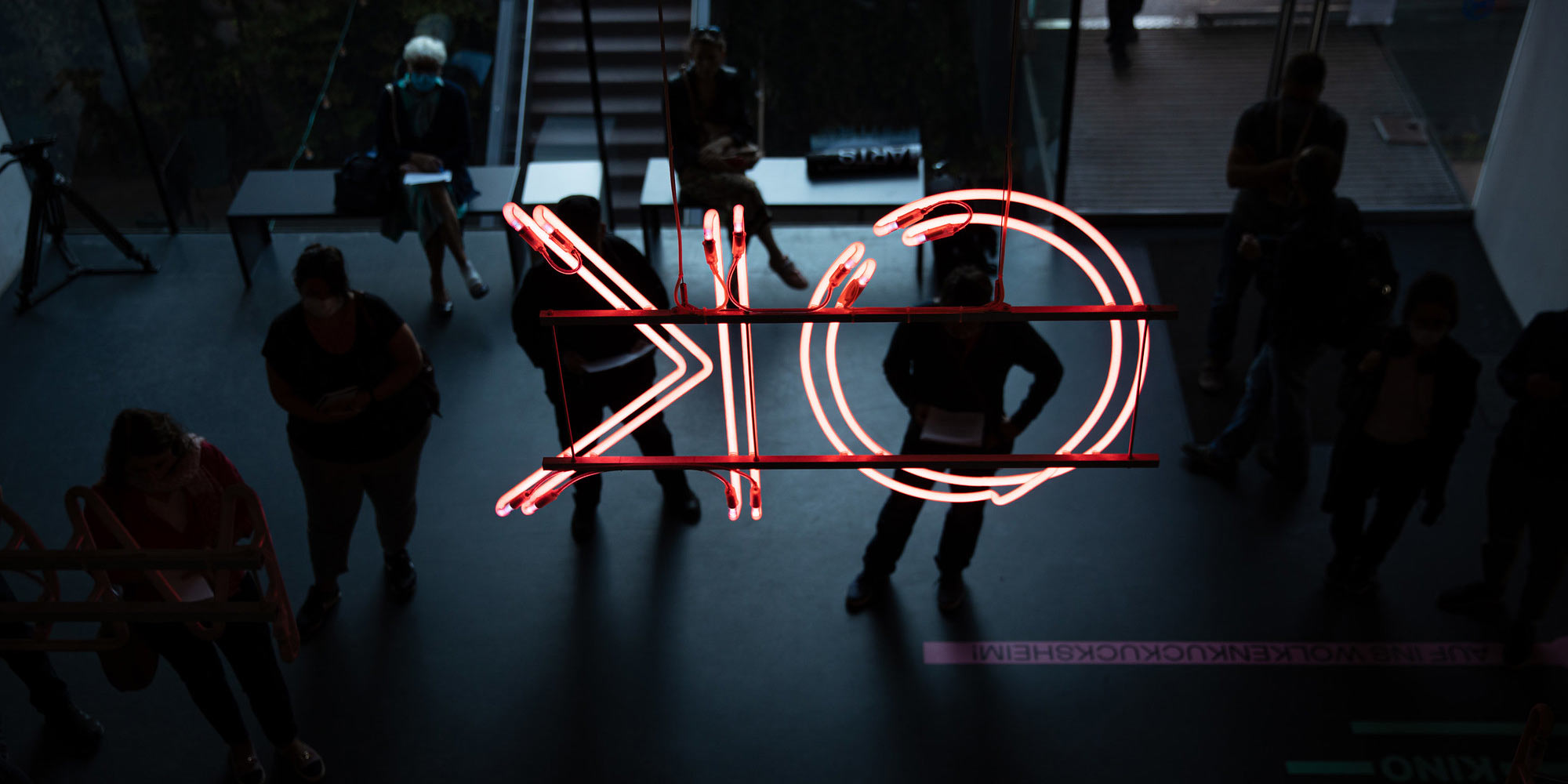 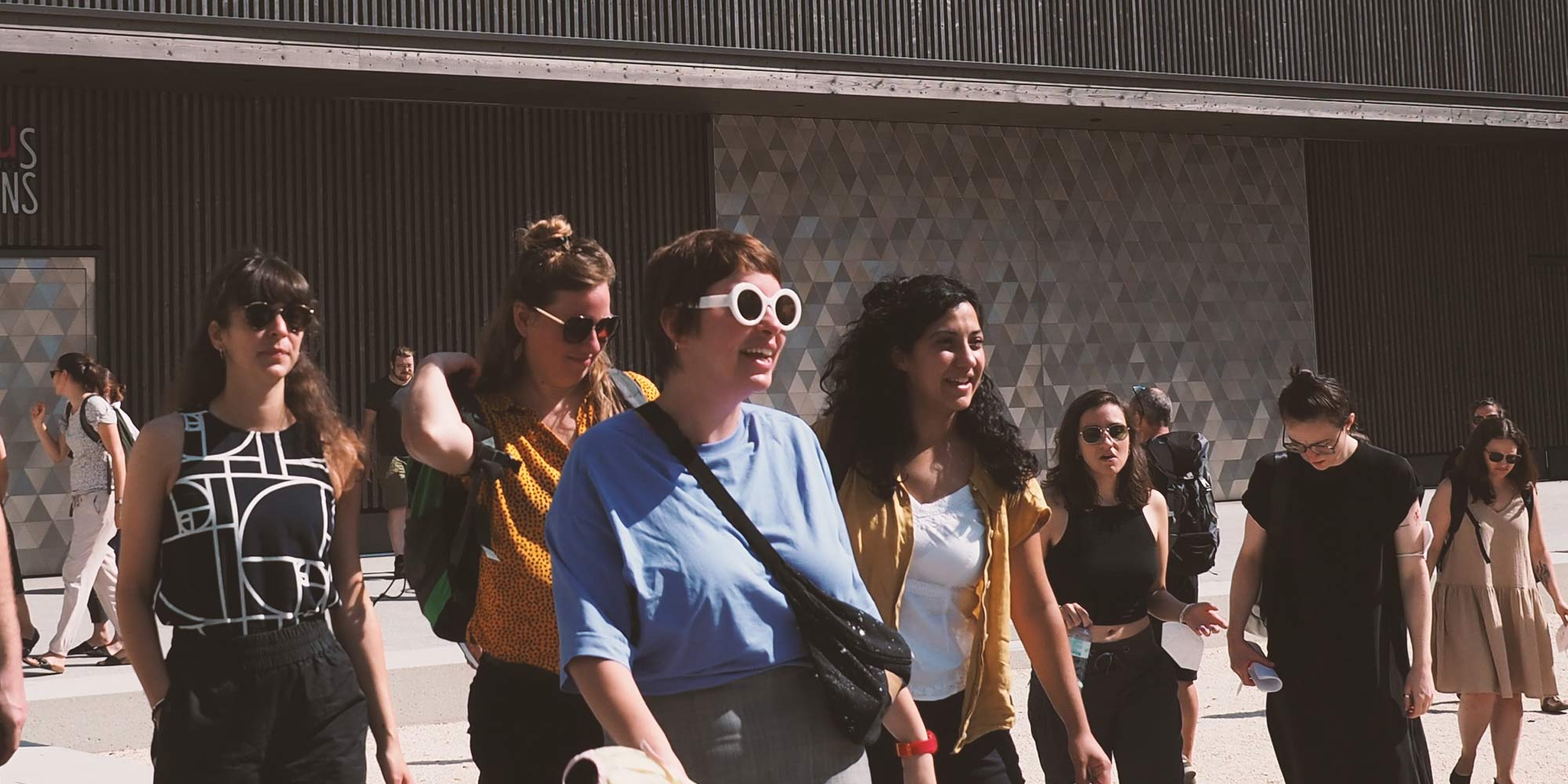 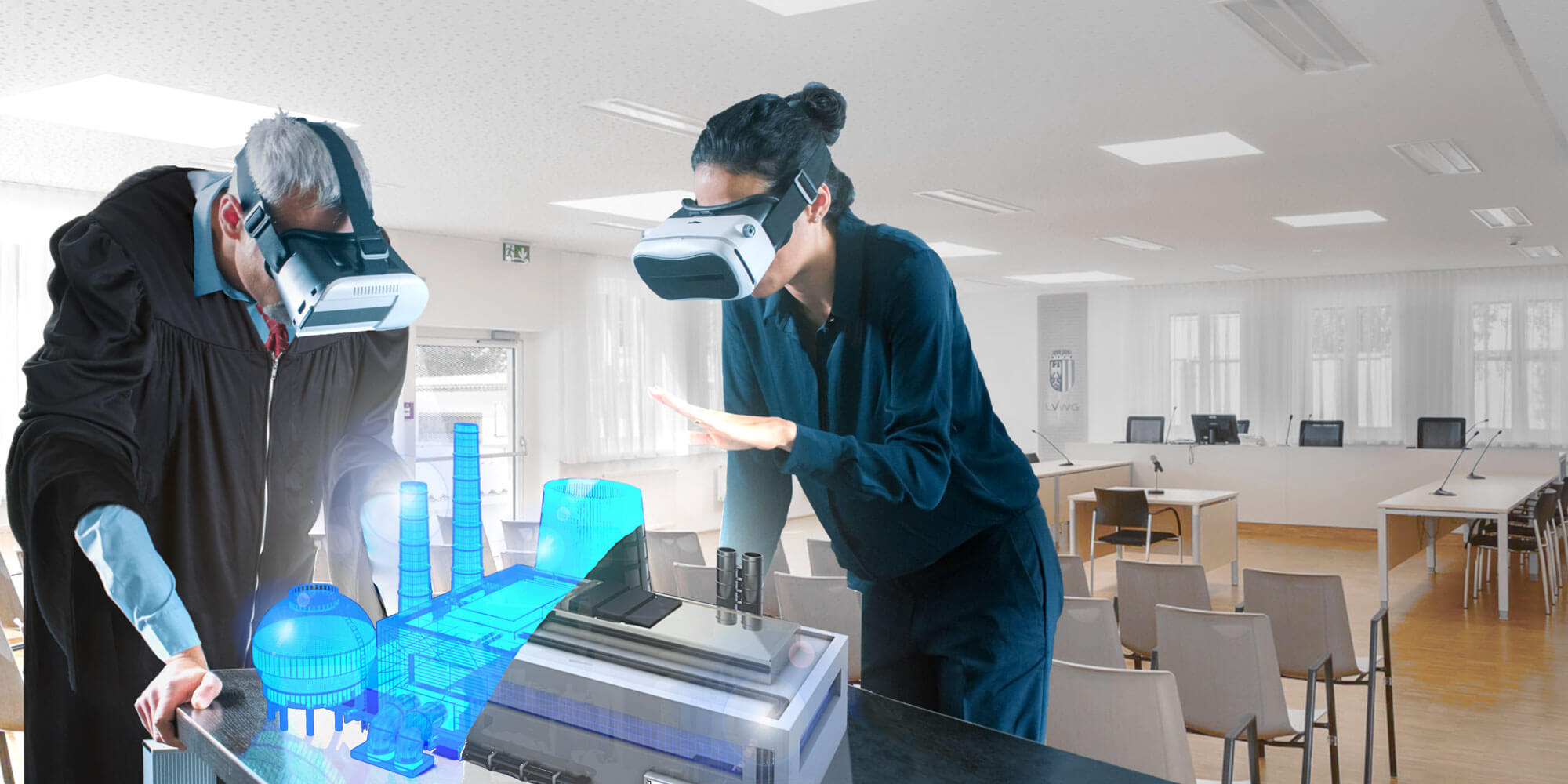 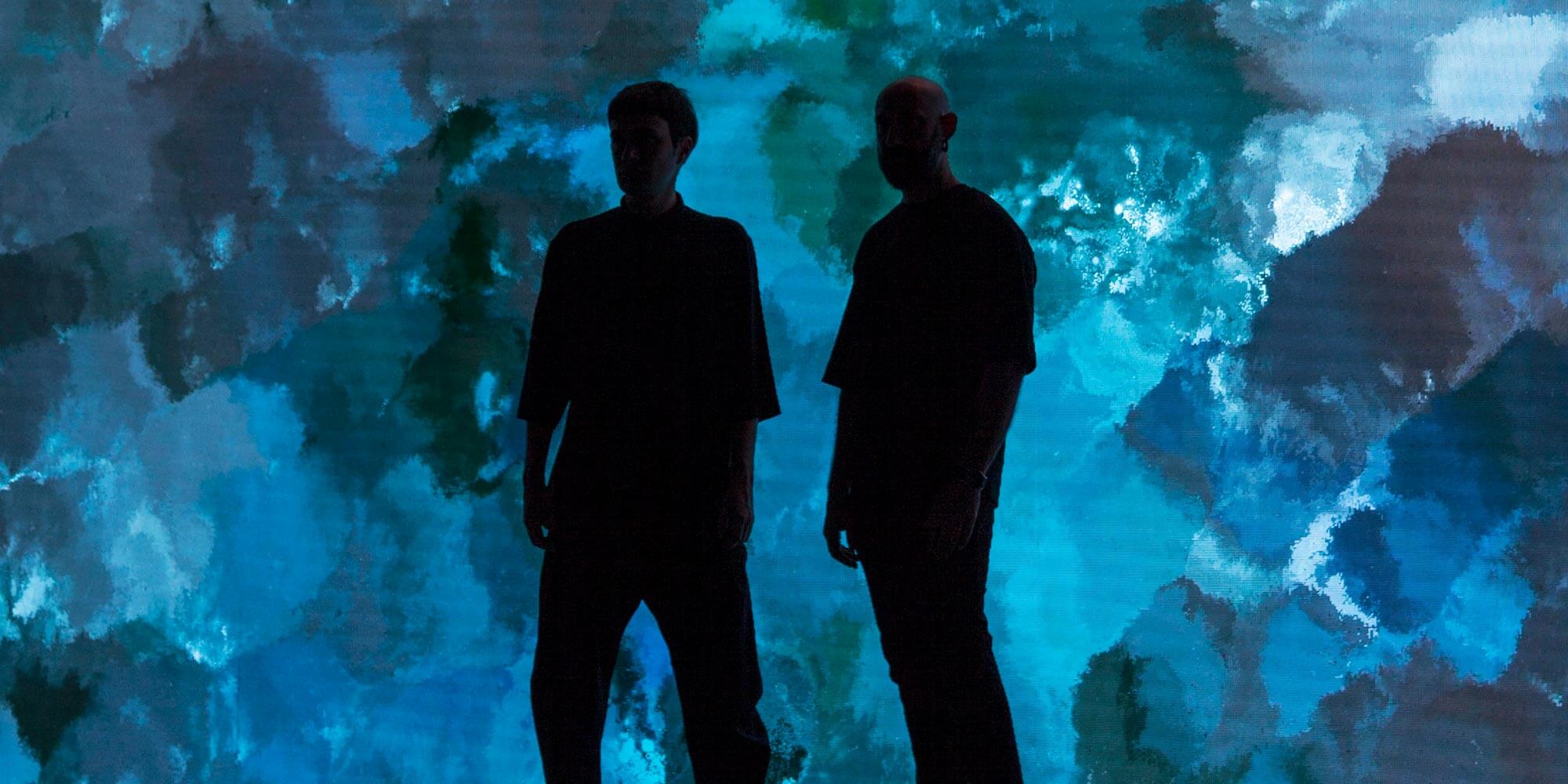 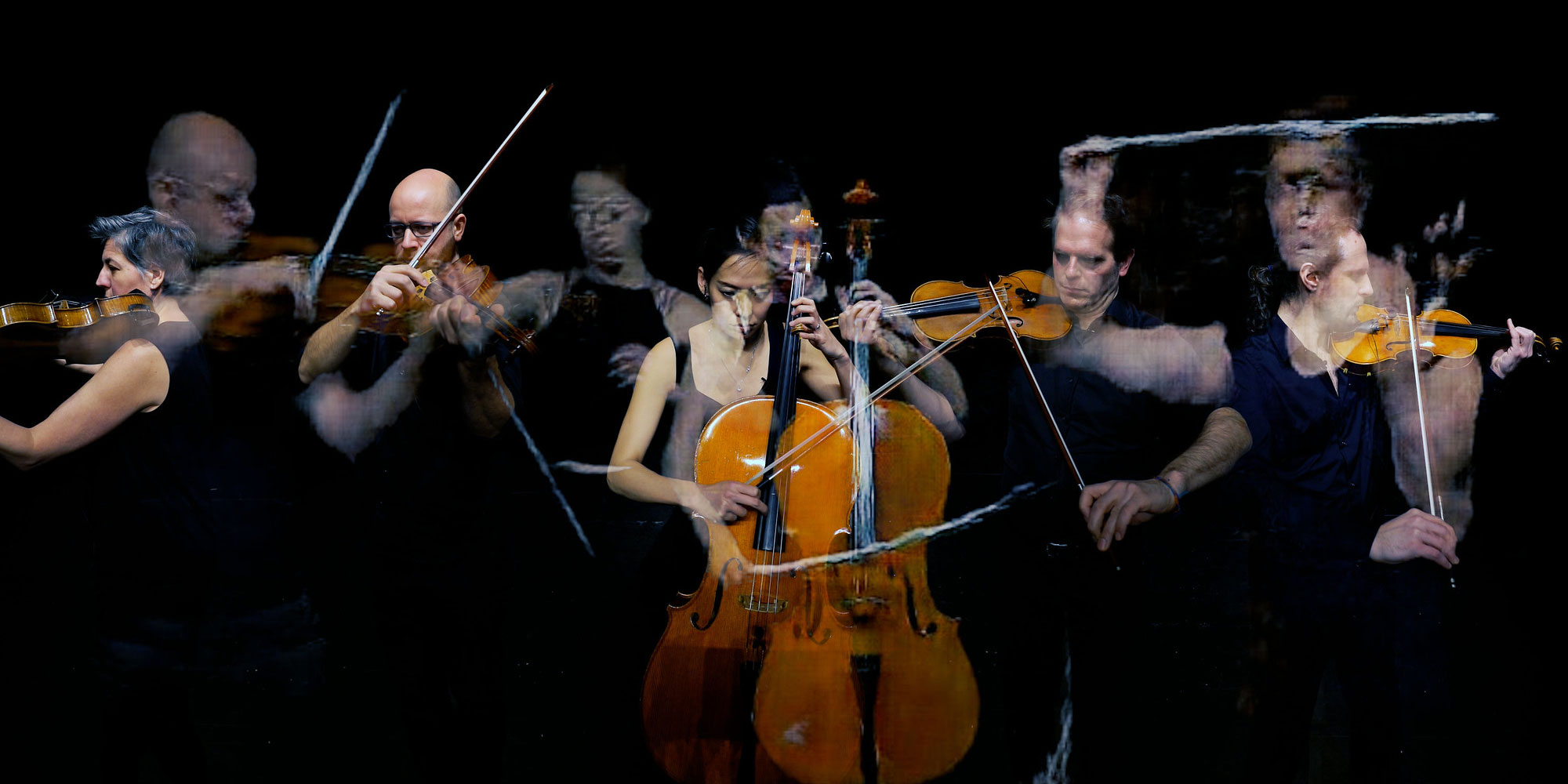