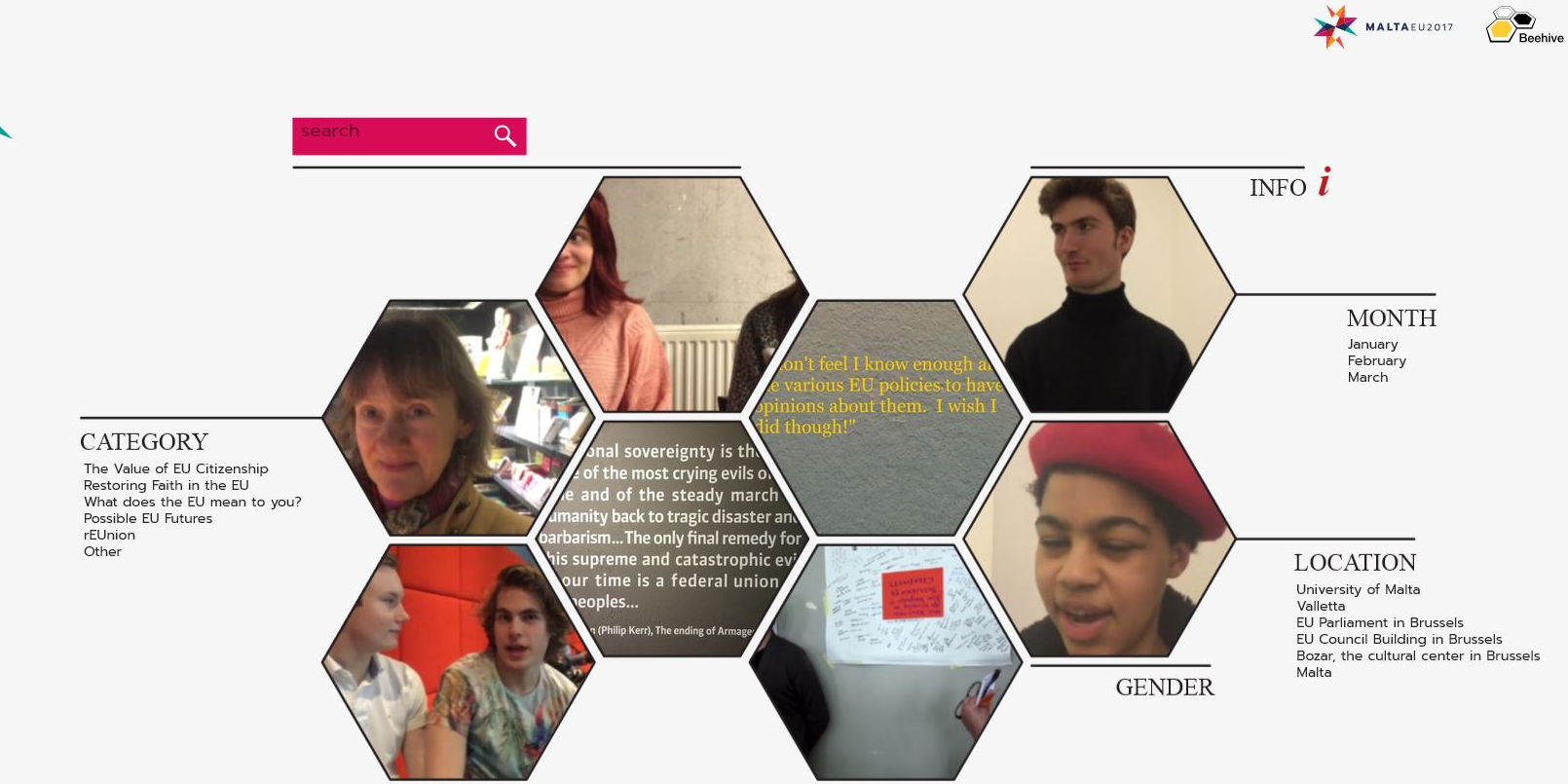 Interactivity for the 2017 Maltese EU Presidency

In the first half of 2017, EU member state Malta assumes the presidency of the Council of the European Union. Airan Berg is serving as artistic director of the cultural program staged in conjunction with Malta’s presidency. Its aim is to provide EU citizens with information about the presidency of the Council as well as to enable them to interact with content from the European Union. To accomplish this, the Maltese government selected Beehive, an ongoing research project of Ars Electronica Linz GmbH, as the central installation. “Beehive Malta” has three levels that can be utilized to make content public.

First Level: Information on topics, events and programs having to do with the Council presidency; government representatives can post relevant content such as dates/times, information, images, videos and texts to this platform.

Second Level: Media content edited by “citizen journalists”: each month, citizens of Malta are selected to travel to Brussels to conduct interviews with EU citizens and record statements by passers-by.

Third Level: General participation by all interested EU citizens; both for iOS and Android, the respective stores will make available for download an app that enables any user to post images (videos or photos) expressing his/her impression of the Maltese EU Council presidency.

All content will be collected—like bees gathering nectar—and presented on the Beehive Malta website (http://beehivemalta2017.eu2017.mt/). Using various parameters, website visitors can search for images on particular subjects or locations, and filter their selection according to various parameters. Plus, the Beehive is on display as an installation in an artistic sculpture that can be viewed by passers-by and visitors to the Justus Lipsius Building in Brussels.
The Beehive Malta social platform showcases a colorful, diversified compilation of information having to do with Malta’s presidency of the Council of the European Union in 2017. It offers the general public as well as the website’s proprietors the ability to get a feeling for the general mood, to express and consider opinions, and also to gather statistics.
Join in and become part of the Beehive Malta community!