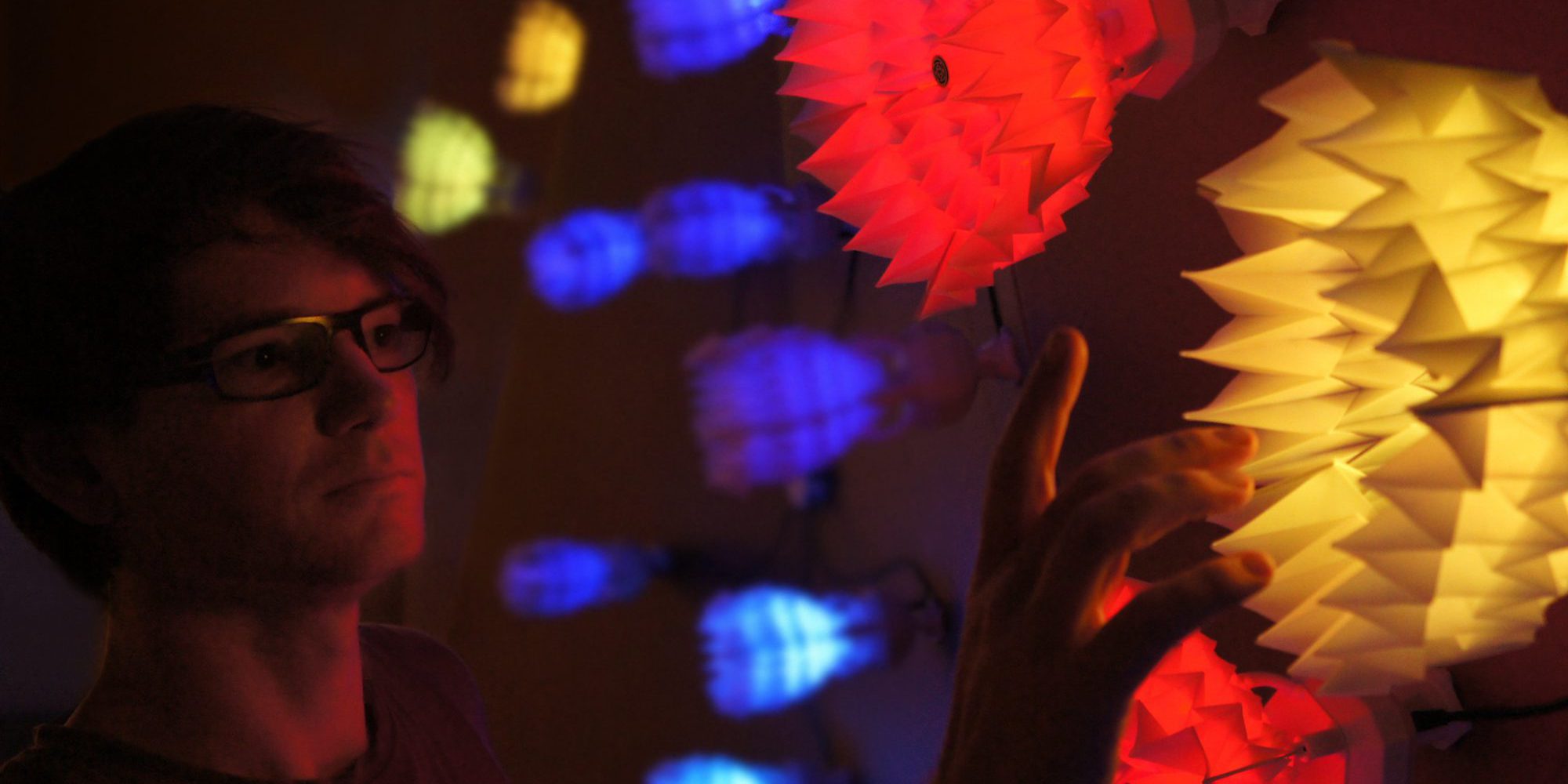 In cooperation with the University of Linz’s Institute of Polymer Product Engineering, the Australian origami- and media artist Matthew Gardiner cultivated interactive flowerbeds. During the 2010 Ars Electronica Festival they brought the industrial architecture of the former tobacco processing plant into full bloom.

As the portmanteau name Oribot suggests, these high-tech creatures were the outcome on an artistically motivated synthesis of traditional Japanese paper-folding and state-of-the-art robotics. Oribots unfold their beauty in the truest sense of the word. This Ars Electronica project featured complexly folded floral structures clasped by flexible plastic cups that open and close at the command of an ultrasonic sensor. The closer a festivalgoer got to one of the 50 Oribots in the Tabakfabrik, the wider its shiny white fabric blossom opened. This interaction concept was comprehensible by young and old alike; what’s behind it was a highly sophisticated design.

All 1,050 folds of a single Oribot blossom were mechanically interlinked. As soon as one single fold of a blossom was activated, all the others went into motion too. Oribotics mastermind Matthew Gardiner — then artist-in-residence at the Ars Electronica Futurelab—worked for three years developing the ideal folding pattern and material for his latest generation of Oribots. “I’m still fascinated by their extraordinary aesthetic and emotional quality, and I want to get this across to visitors,” said Gardiner, who became infatuated with origami as a schoolboy in Australia and has been active for many years at the nexus of bionics, technology and art. 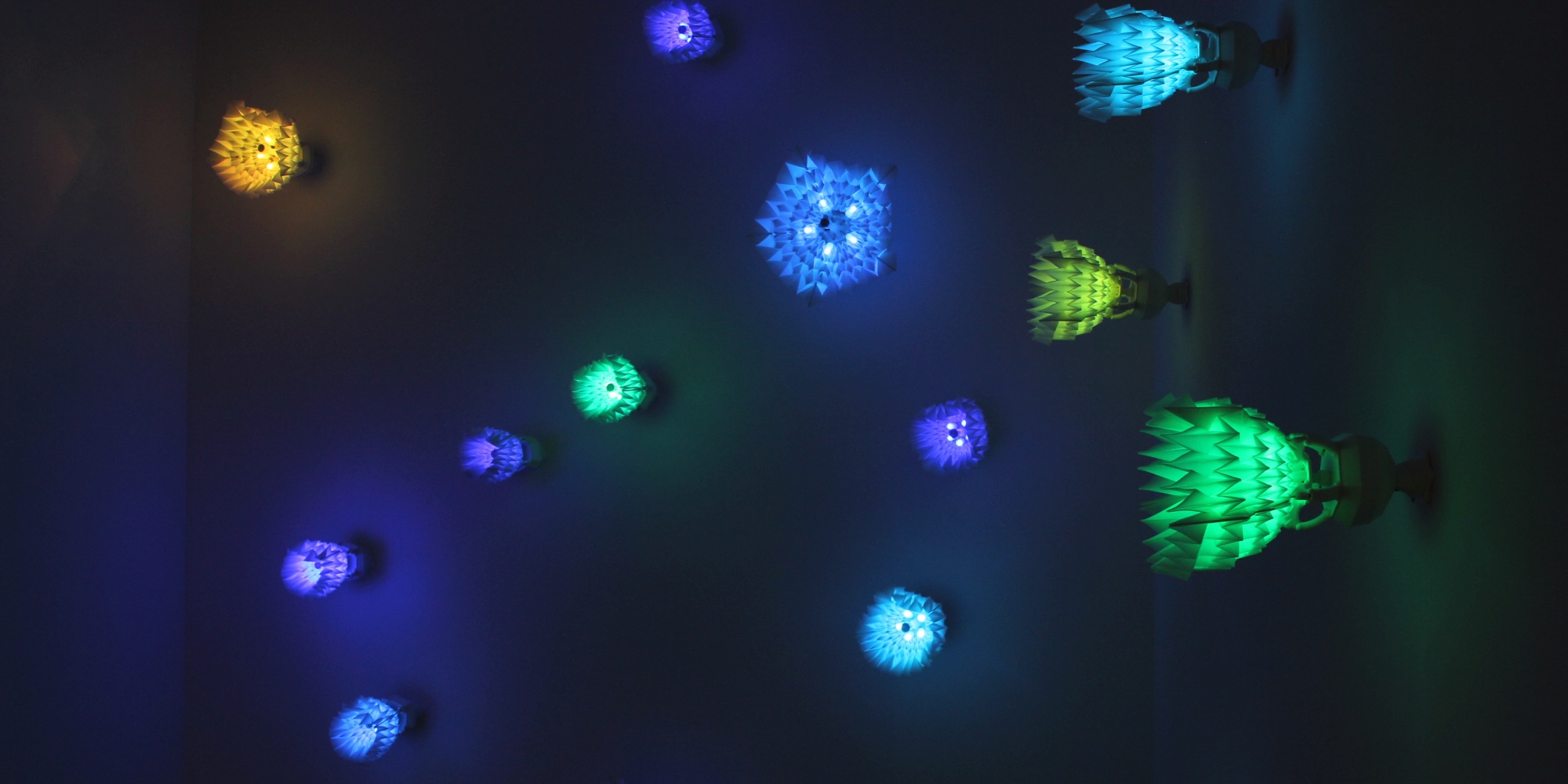 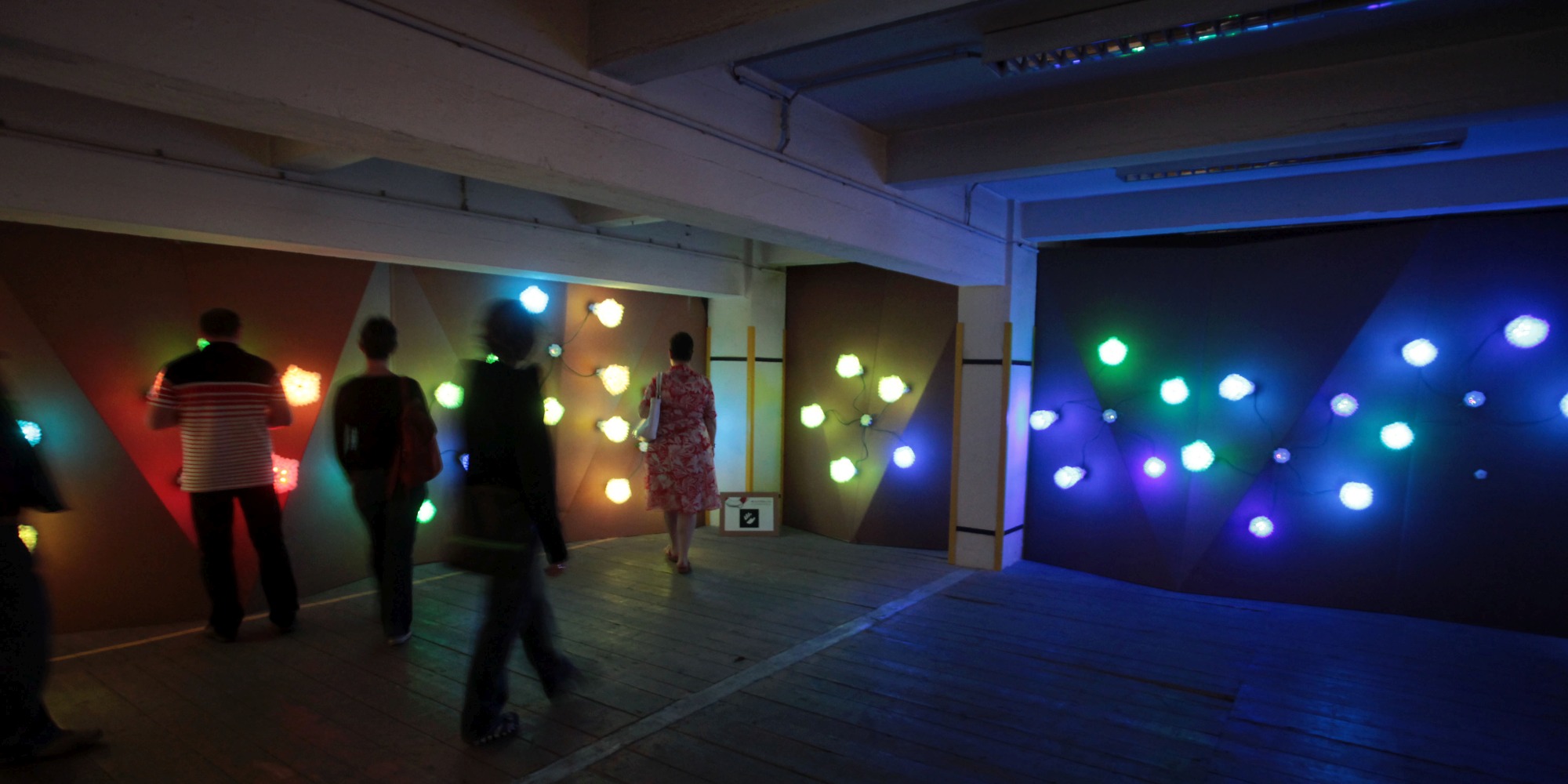 For the Ars Electronica Festival 2010, Matthew Gardiner also developed another attractive interaction scenario on the macro-level “When an Oribot is activated by an approaching object, the resulting movement impulse is transmitted via a network control system to the other 49 Oribots.” What ensues is a chain reaction of more than 52,000 (un)foldings. The installation visitors beheld a highly complex moving picture, the surreal spectacle of a field of flowers coming to life.

Oribotics [the future unfolds] was an initial project of the ongoing research on Origami Robotics.

Oribotics [the future unfolds] was produced in partnership with Novamedia and the Australia Council for the Arts and support of the City of Port Phillip through the Rupert Bunny Foundation Visual Arts Fellowship.