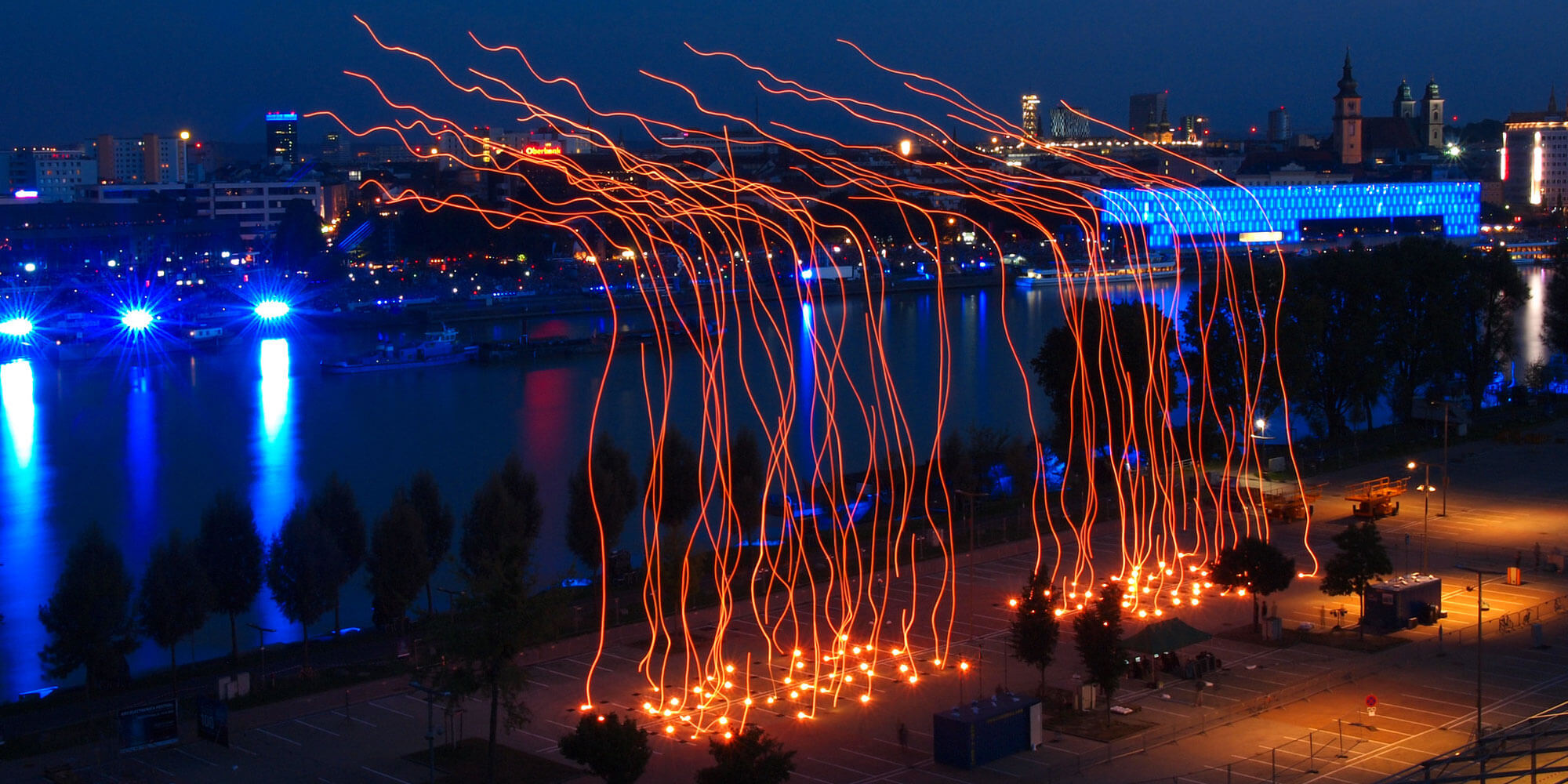 In September 2012, a new medium for physical-visual expression was born along the banks of the river Danube in Linz: The world’s first large-scale outdoor formation drone flight illuminated the night sky as part and centerpiece of the Klangwolke. It is easy to forget, in the face of recent drone shows that have broken records in size and scale again and again, that it all started here, with the vision of the researchers, engineers and artists of the Ars Electronica Futurelab.

Spaxels means Space Elements, analogous to Pixels, Picture Elements: The dots in three-dimensional space form a shape, the body of which is completed by our imagination. The Spaxels have defined a new type of display in space; at the same time, they inverted the picture of drones as agents of surveillance by becoming the watched instead of the watchers. Almost incidentally, of course, they also nonchalantly made us aware of how antiquated and wasteful it seems, in comparison, to make things explode in the sky to achieve a visual spectacle of lesser expressive range. 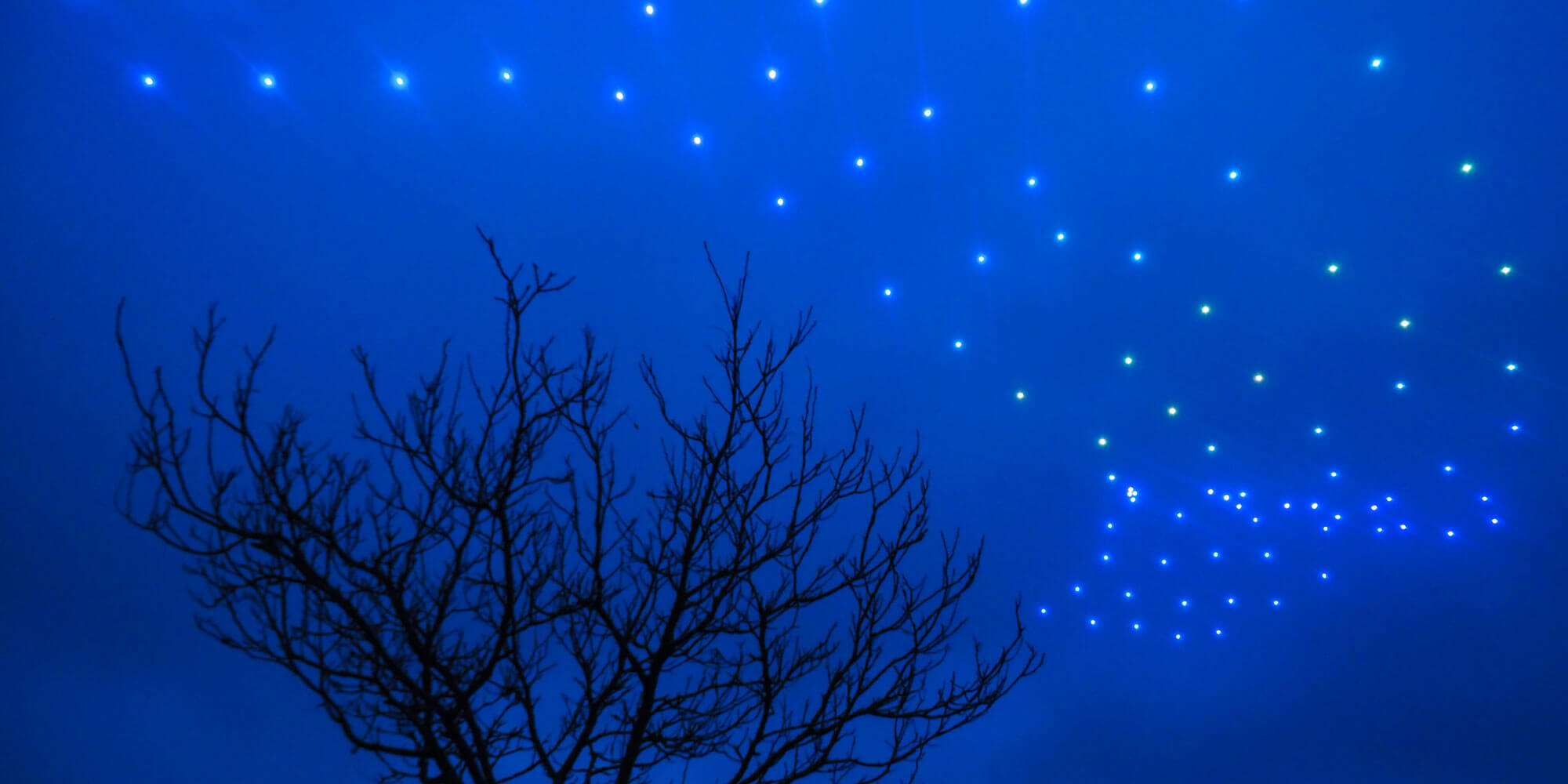 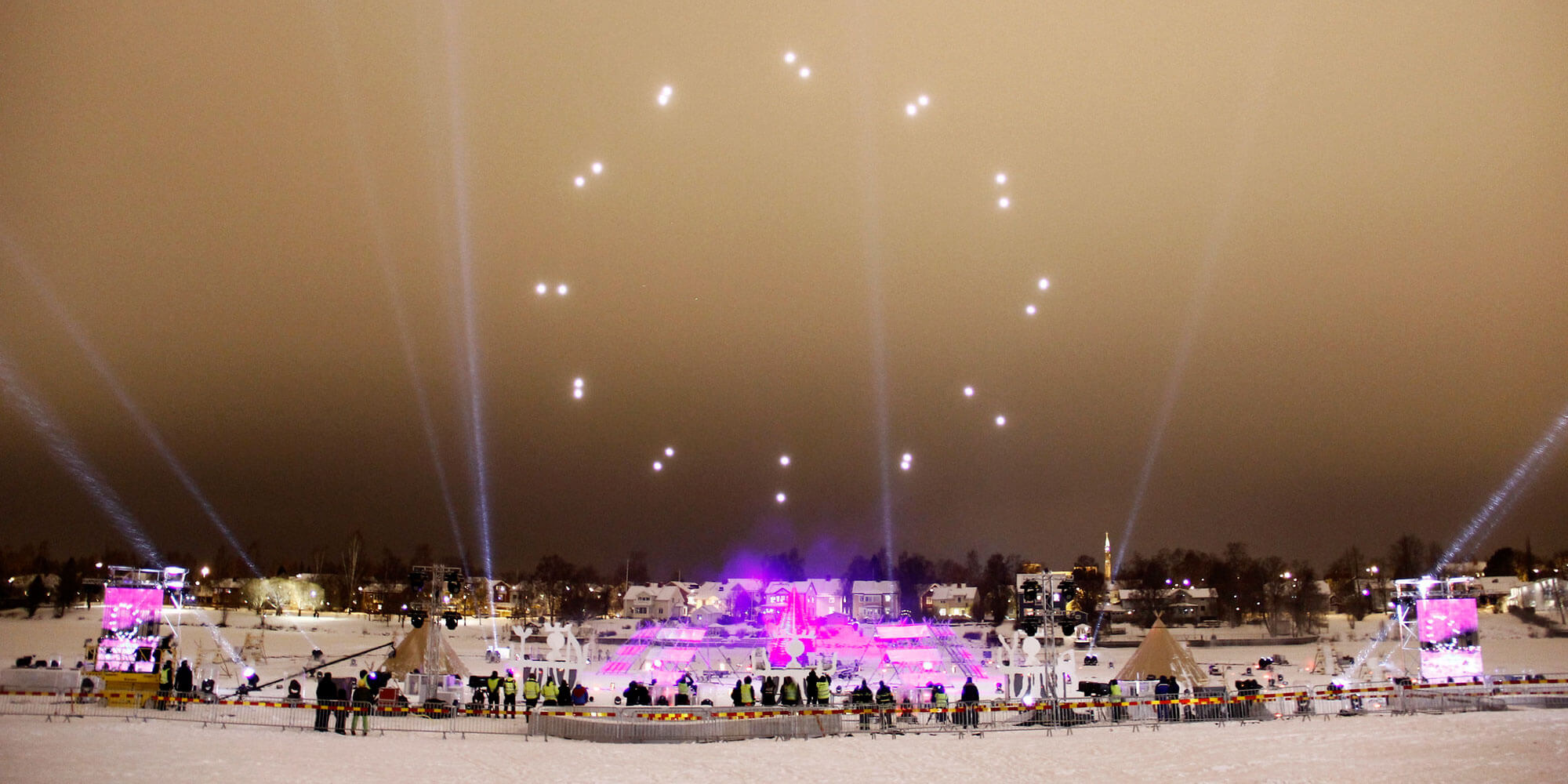 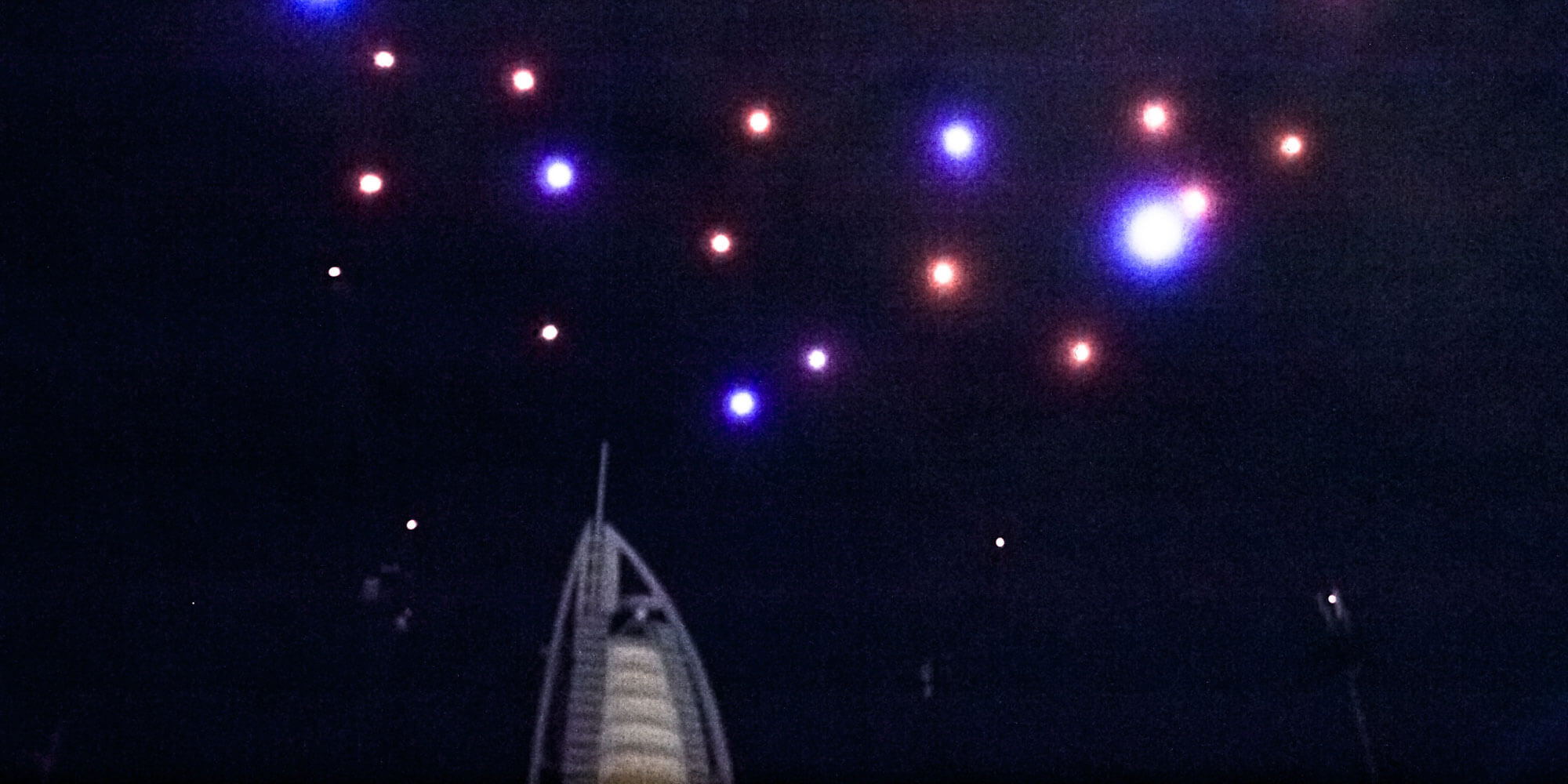 The term Spaxel refers to a swarm of drones of the Futurelab that performed in shows across the globe in the following years. But even after the original Spaxels swarm was retired in 2018, the name has become our term for any of our endeavours that involve light-bearing drones, in projects such as Space Ink or Sky Compass.

Drone swarms are just at the beginning of their potential and, inspired by the recent surge of academic research in autonomous robots, the Spaxels may soon be infused with new capabilities that point towards the swarms of our future societies.

By starting the content, you agree that data will be transmitted to www.youtube.com.Data Protection Declaration
Learn more about The Art of Swarms

With drone shows and swarm performances around the world

In our light shows, the drones follow strictly choreographed paths, deterministically – notwithstanding weather and unexpected interferences – and centrally controlled. These choreographies are carefully designed by our artists to achieve unique aesthetic qualities in this unusual medium. In some projects (such as Shared Space Spaxels), we have explored scenarios in which the drones react to humans that interact with them in their own space via experimental interfaces – as artistic explorations or design studies for future human-robot interactions..

Curious about swarm art? Get to know Fluxels! 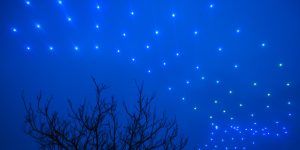 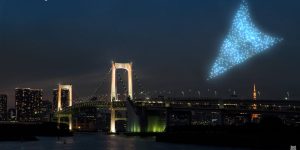