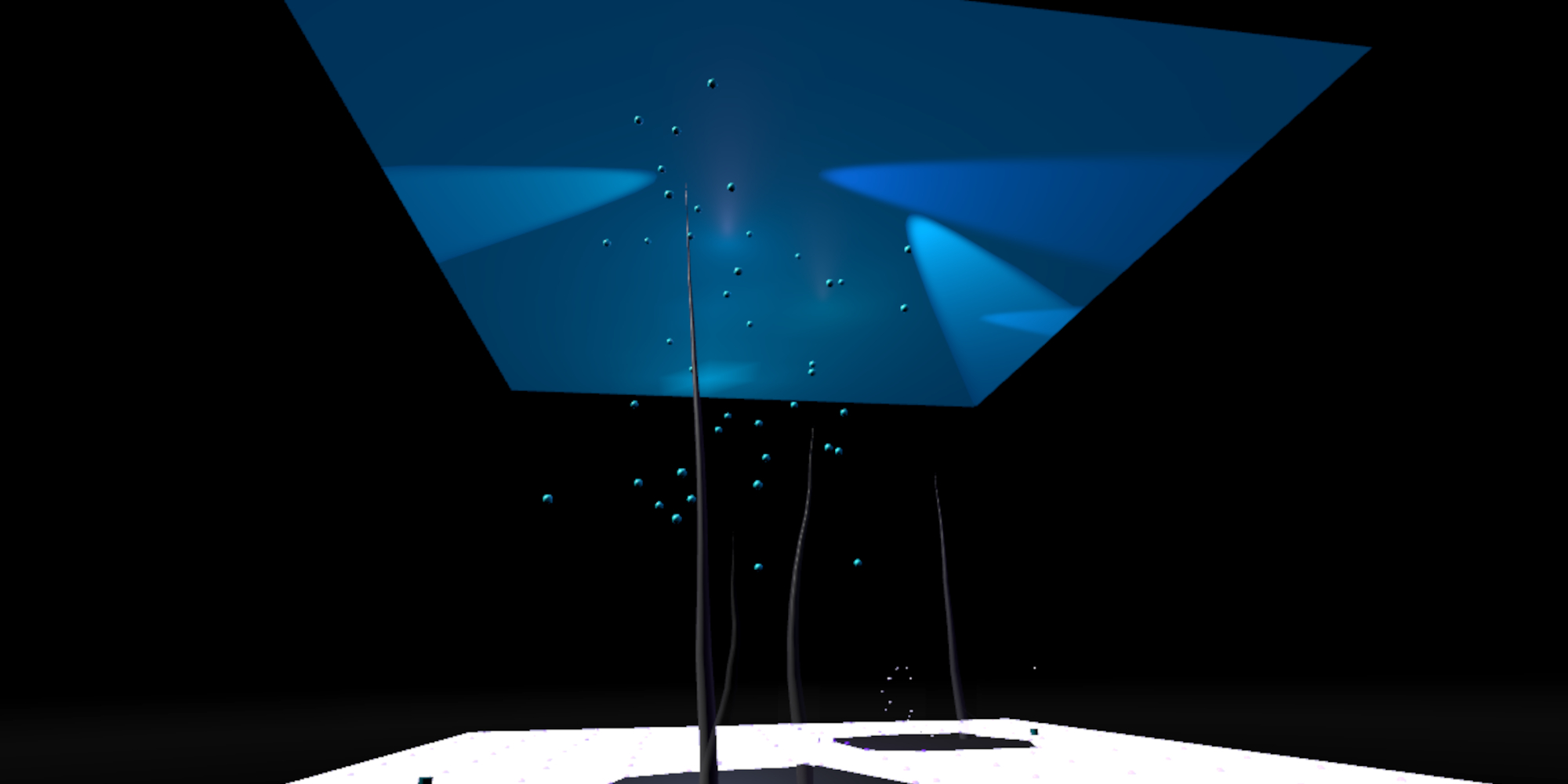 The QuBits project is a virtual reality (VR) environment built by the composer that offers an expanded medium for musical experience with integrated space and visuals. The environment was designed to explore a musical aesthetic valuing sound mass, spatial sound, evolving sound, and algorithmically generated sonic structures. The user of the VR system plays a key role in shaping these musical elements. The user first discovers what behaviors are possible through exploration and chance encounters. They can then shape each discovered behavior with nuance if they choose. The system provides a unique experience each time it is run. The sounds are a mix of real world sampled sound, granular synthesis, and real-time generated synthetic sound.

Jon Kulpa’s works explore sound mass, algorithmically generated sound texture, spatial sound, and interactivity. His work in progress, QuFoam, is a set of études written for another audiovisual engine.  In QuFoam, computer code generates a sound mass consisting of 450 sonic particles, organized into 9 waves.  High level controls allow a performer or user to interact with and shape timbre and density over short-term and long-term durations.  QuFoam will eventually be implemented as an interactive installation for a community of users.  His concert works have also explored sound mass and spatialization by placing performers and loudspeakers at various positions in the performance space.