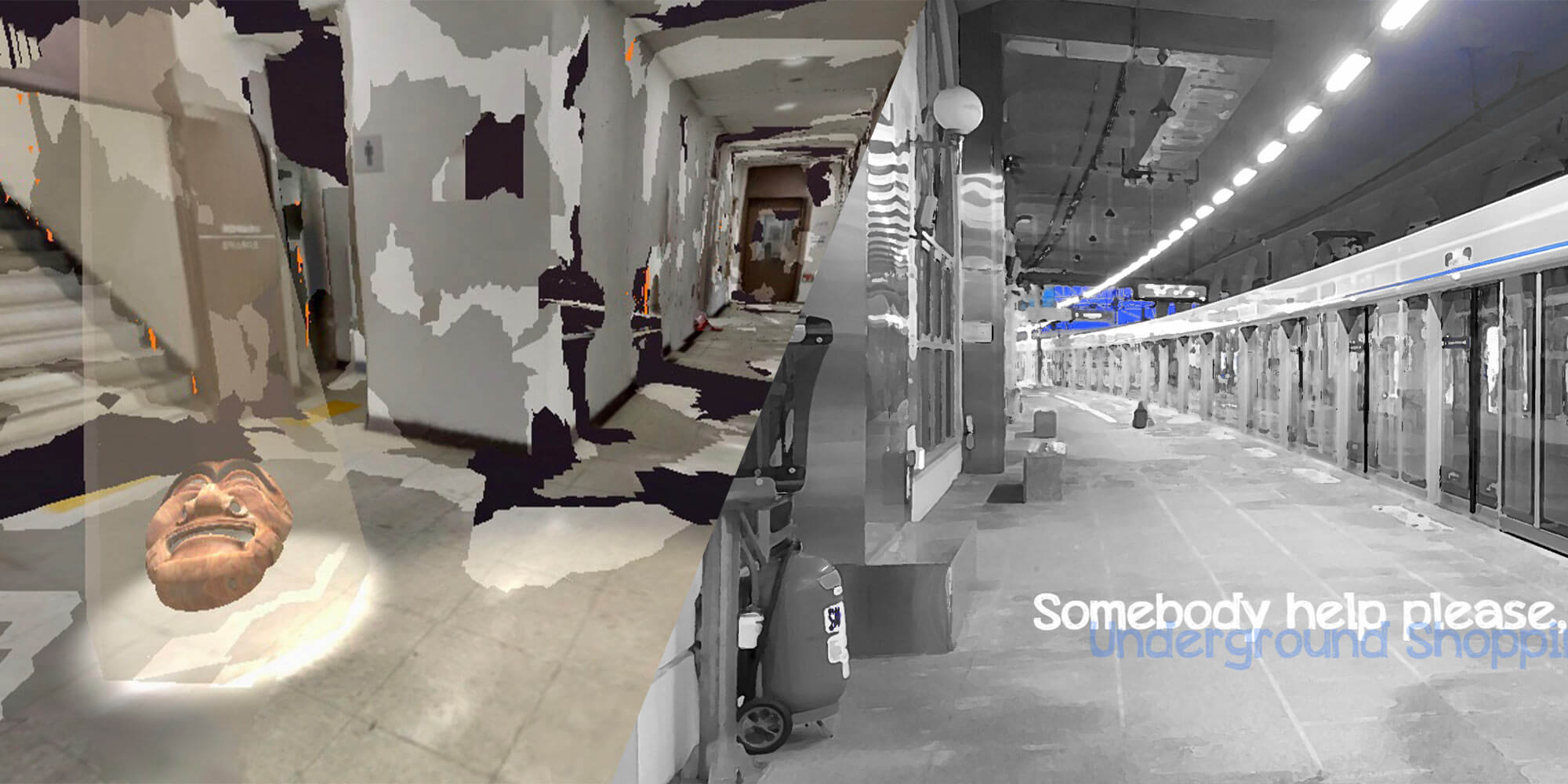 Talsoom — Axis-to-one (KR)
Using photogrammetry technology and creative storytelling about inherited memories of Korean traditional mask dancers, *Memoria* lets audiences follow memories of successors in various spaces and history beneath succession itself. This virtual reality experience will make audiences connect to the story on a physical and emotional level.

Hustle — Tinkers (KR)
Talchum, which is used as general term for Korean mask dances, has no confined choreography and rigid repertoires. Many people insist that the digital space has created a good environment for communicating with and meeting others. However, that assertion sounds hollow. In a time in which sincere conversation and interaction is necessary, the digital world might be the best setting to show the spirit of Talchum.

Axis-to-one was built under the influence of the X, Y, and Z axes in virtual space and the Space Harmony theory of Laban. Its significance is the simultaneous maintaining of each axis and the forming of one axis.

Tinkers is a team attempting to play the role of tinkers who connect to those who have lost their home as moving on to the digital world. They research and show rootless images, people on the way from the real world to the virtual world.