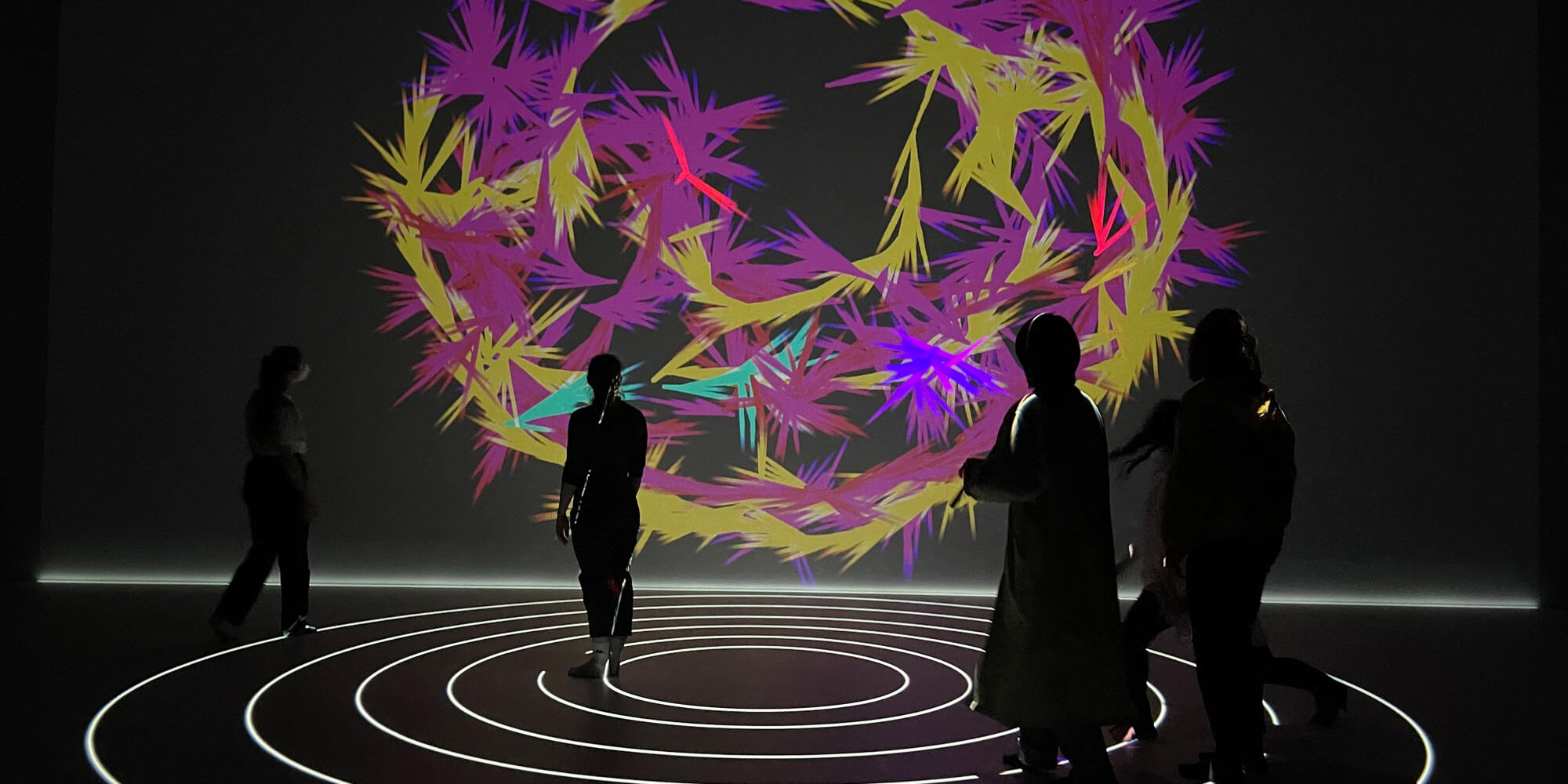 This project is about creating a firework wheel by running in circles. Colored particles are generated if the visitor steps into a circle. The faster the visitor runs, and the more people are in, the louder the sound of the firework gets. It’s a playful way to work together as a group and to see what fireworks may look like in the future. 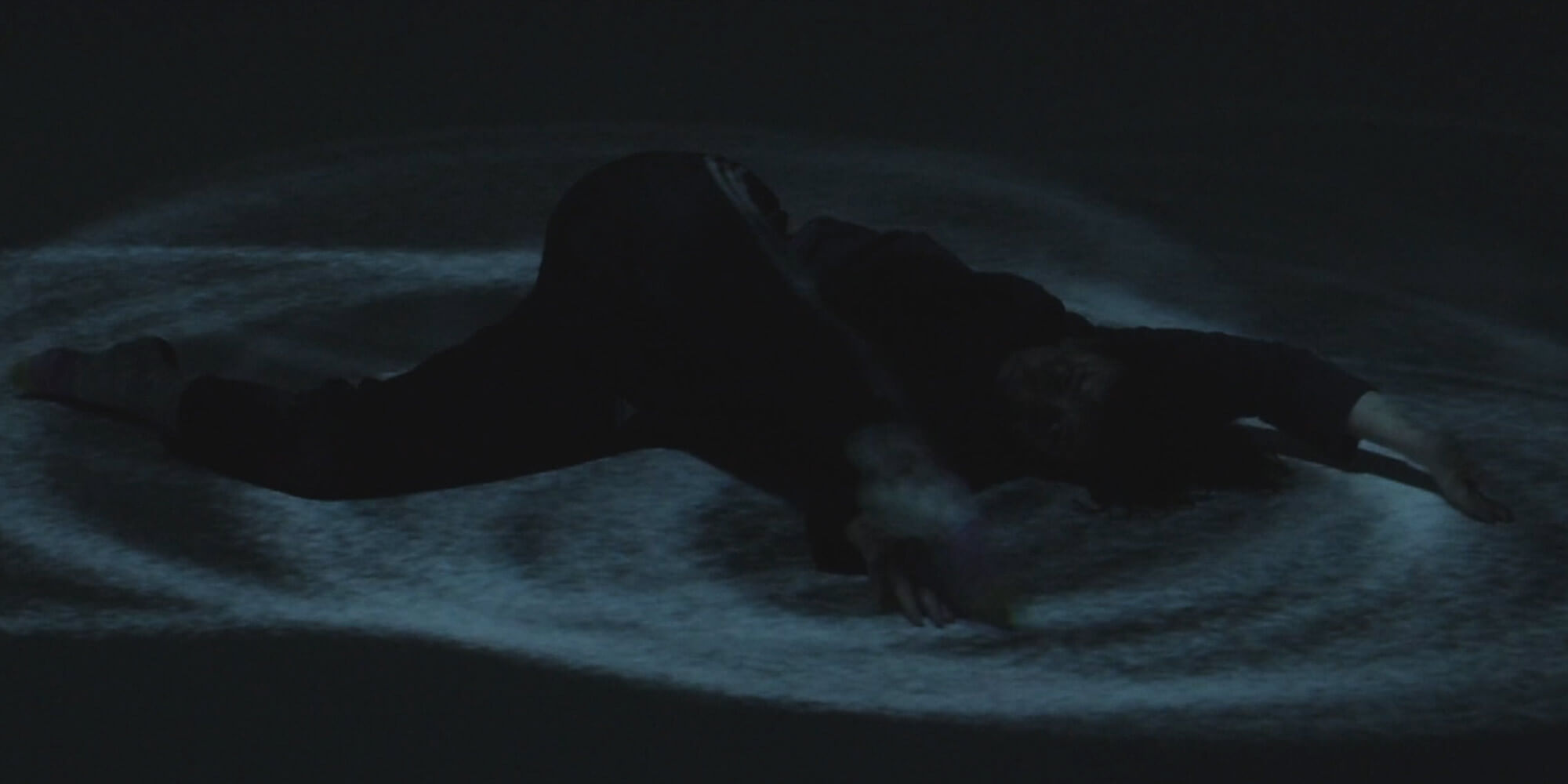 the mind is circular

the mind is circular is an interactive, contemporary movement performance. The code was created with dancers in mind, but has come to include performers of all kinds. Performers improvise with movements that relate to gyrating figures while considering the traces of their movements. 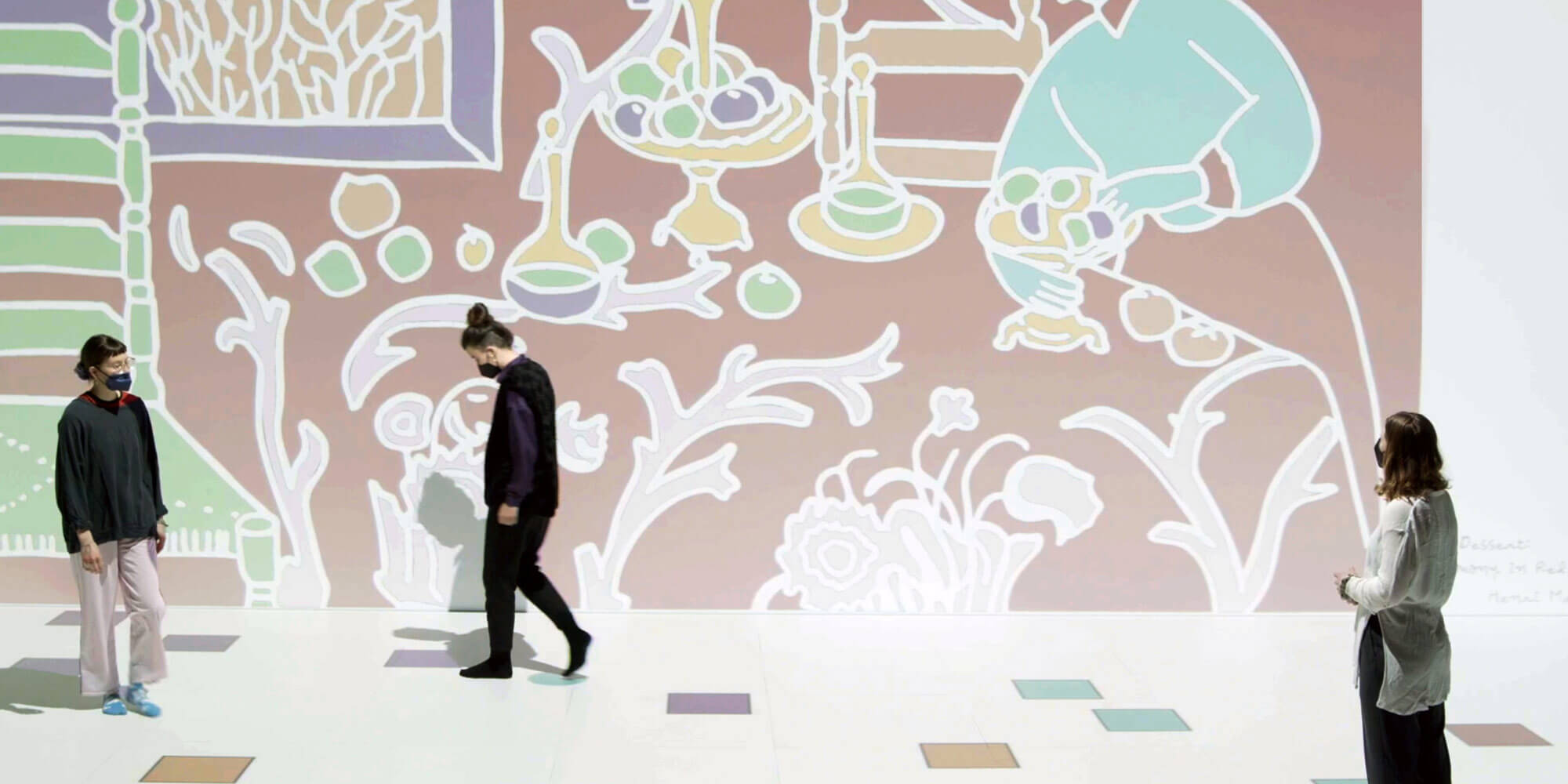 Contrary to ordinary coloring books, this project does not show lines to color in. Users fill in the blanks on the floor with the colors they are given. After coloring in all the blanks, users can see the painting on the wall that is created together in unintentional colors. 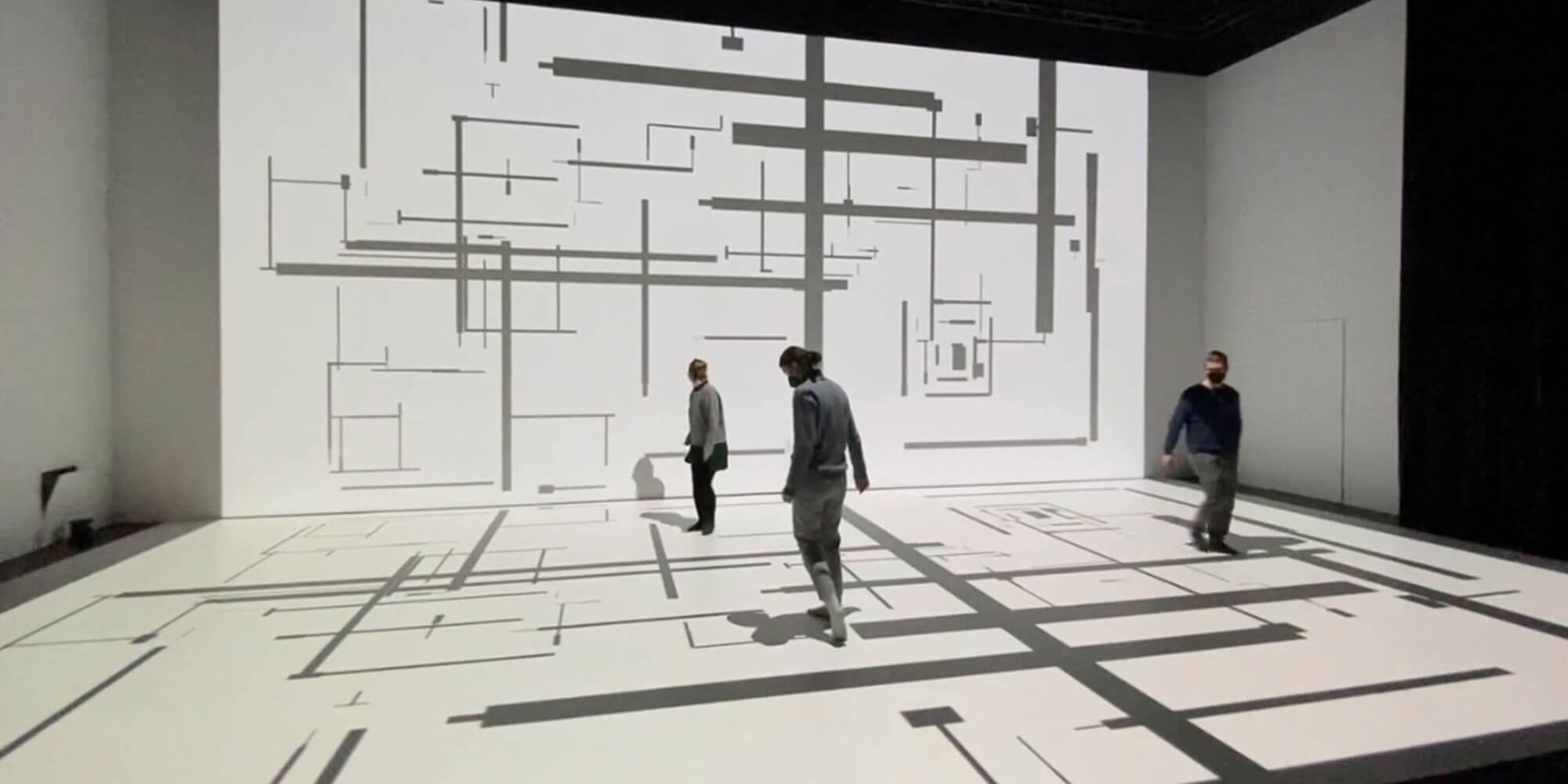 Lines is a program which transforms multiple lines into one. If you touch the floor, a black line will appear. Visitors can decide on their own how long and large their line should be. Strangers can create one art piece together, which is then shown on the wall. 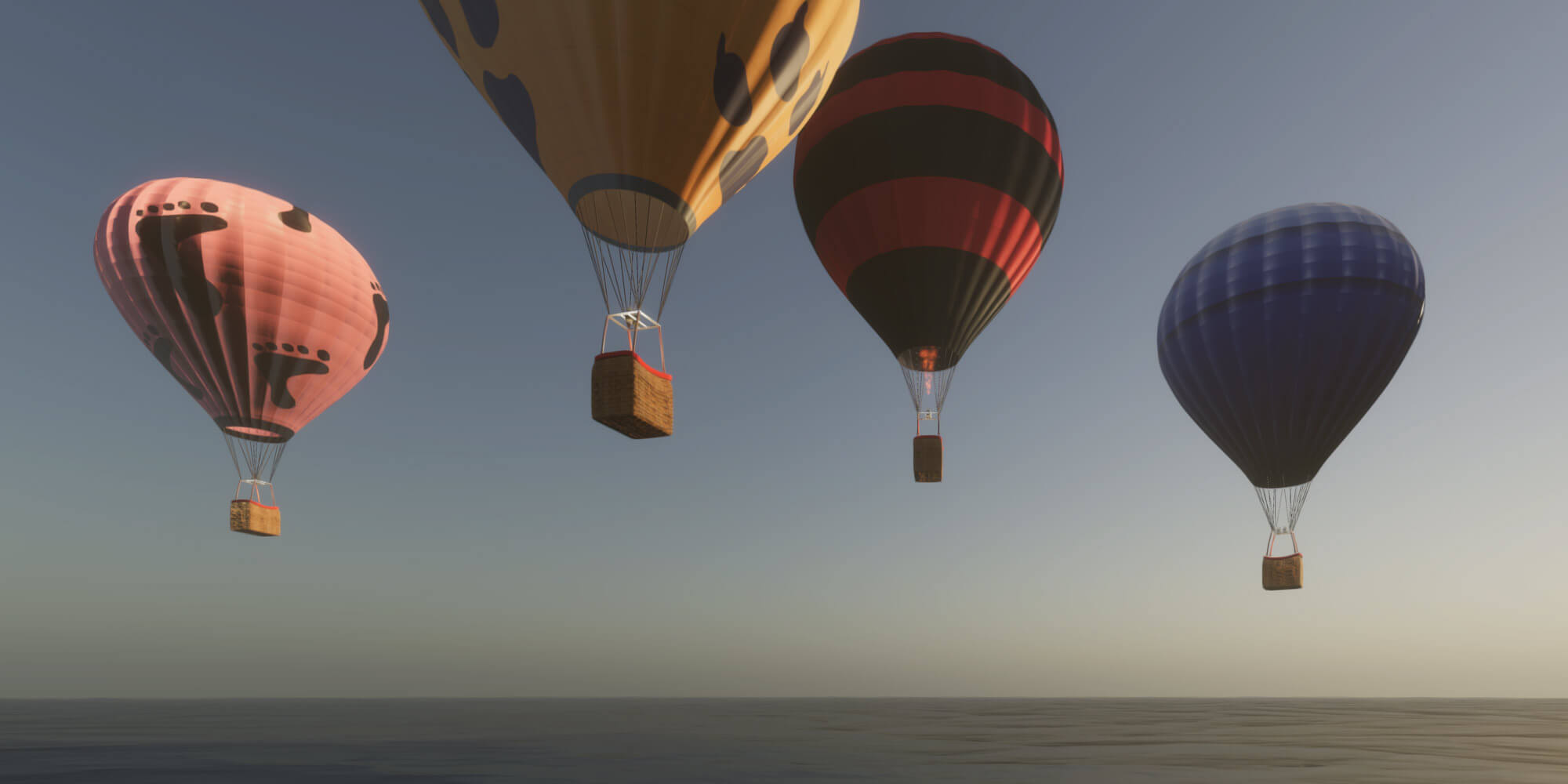 3D-rendered hot air balloons, floating over the ocean, can be controlled via the deep space laser tracking interface. 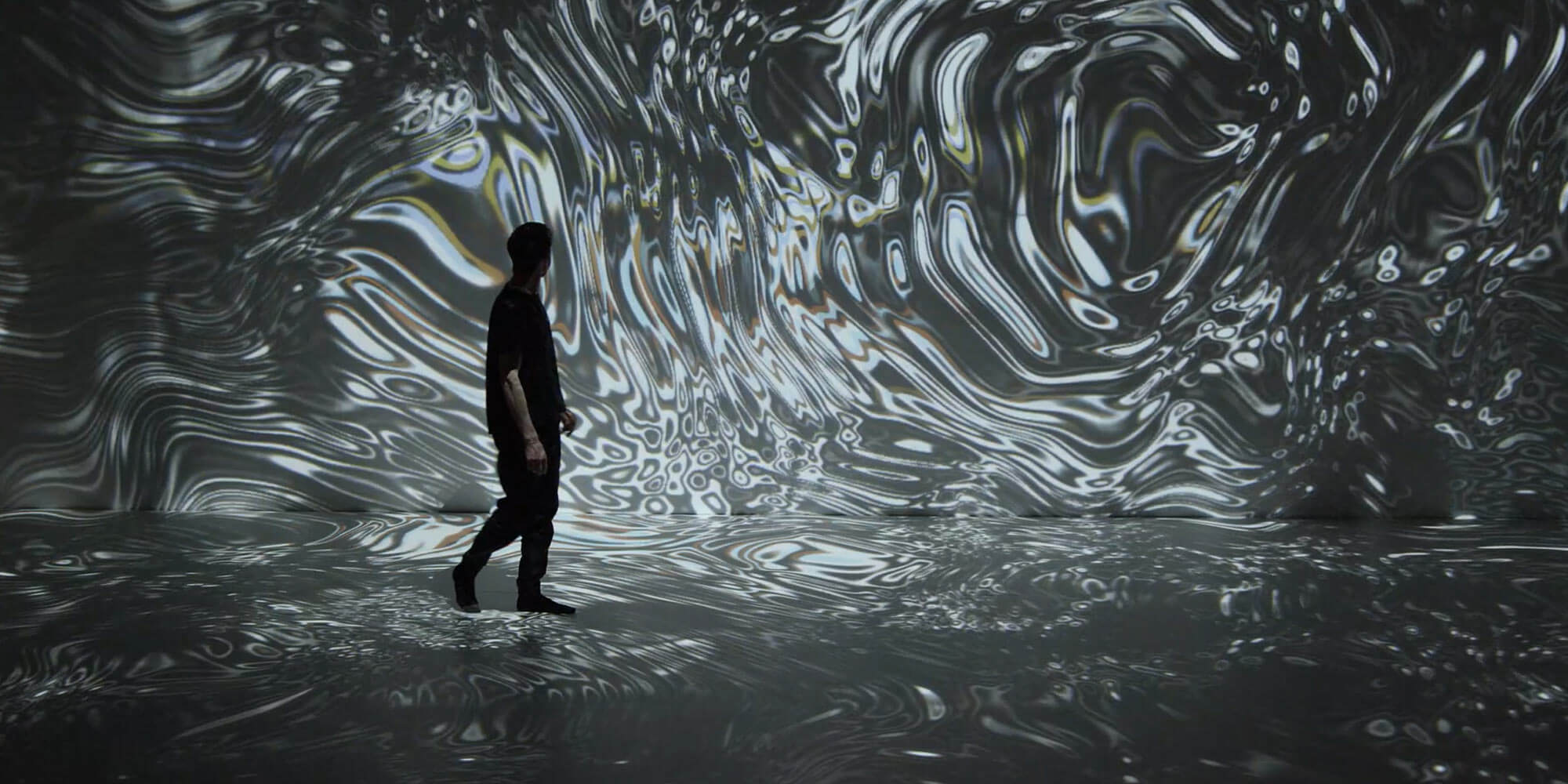 Schwarzes Rauschen is an immersive interactive installation, consisting of 12 different, dynamic worlds, which change their environment depending on the movement of the group of people that are currently tracked. Each world contains a certain amount of noise, randomness, decreasing with every level. Starting at a level of pure chaos, each of the following worlds become more structured and harmonic, ending in total silence and darkness, inspired by the process of calming down during meditation. From the maximum amount of information to no information at all. From white to black noise. 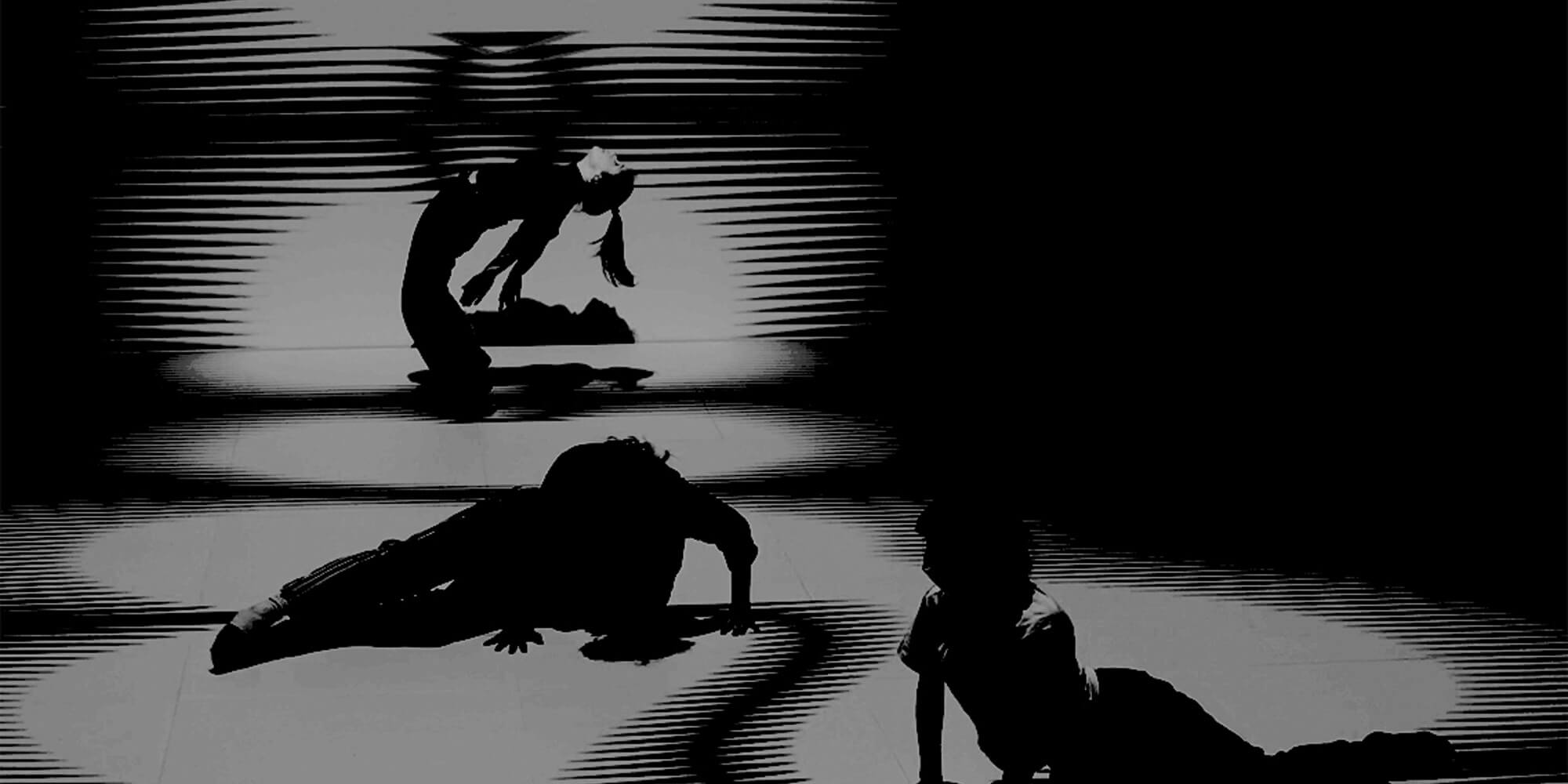 Environment (Umgebung) is an interactive space where users may create visual content based on a simple line pattern. During the interaction the users’ movement and their connection with one another are visualized on the walls. This work focuses on the deconstruction of a static environment through movement, thereby translating it into an organic and vibrant space. Thanks to a cooperation with dancers from the ABPU a performance is being developed where the artists express movement creating new visual dynamics.