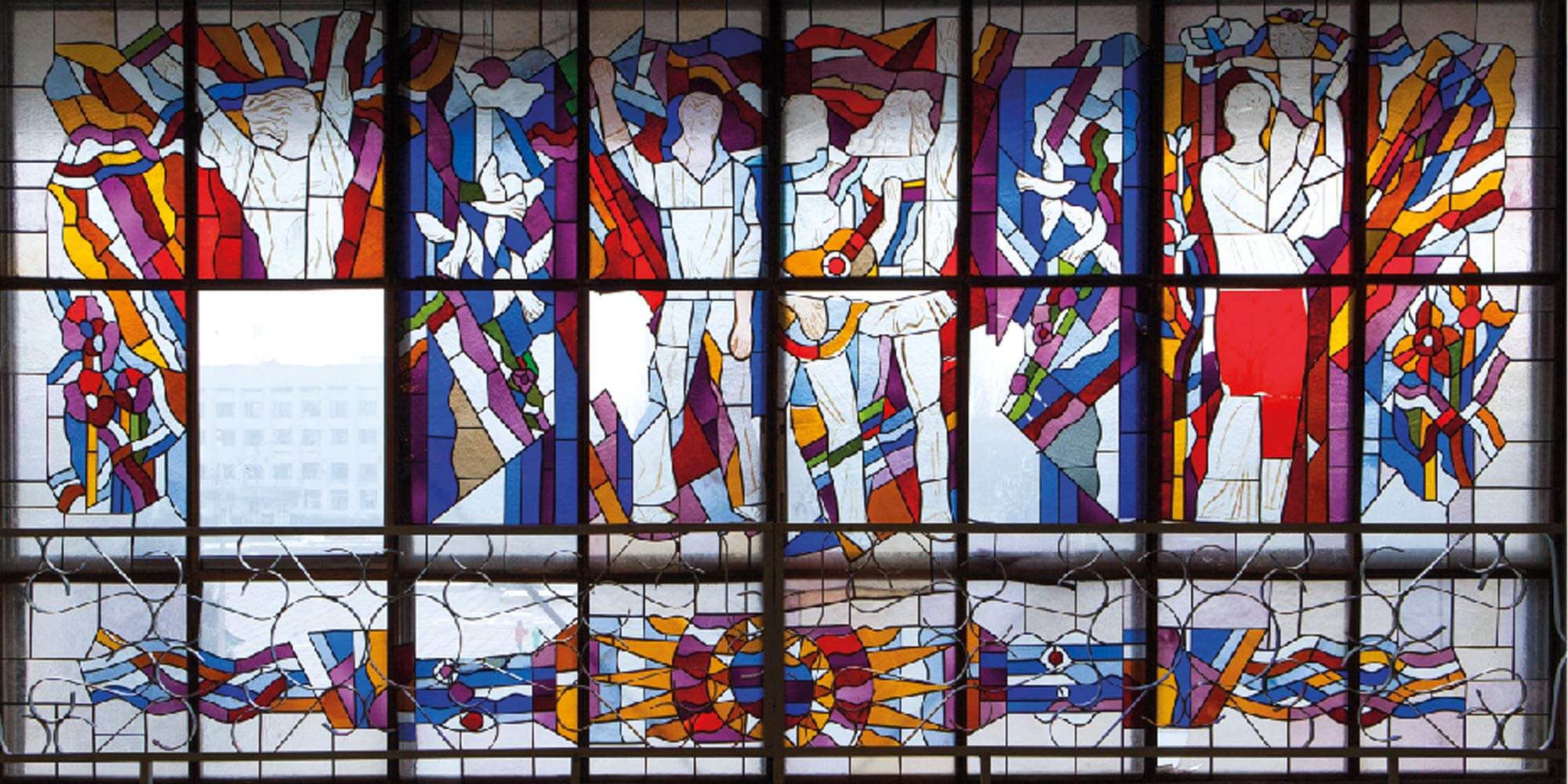 DE NE DE promotes recognition of the Ukrainian cultural heritage of the Soviet period and emphasizes its value. Soviet art and architecture in Ukraine have always been stigmatized and not recognized as important historical and cultural artifacts of the past era. Since 2015, so-called “decommunization laws” have been in force in Ukraine, designed to condemn totalitarian ideology. And since ideology cannot be separated from the works of art of that period, many of them were destroyed.

DE NE DE — a self-organized artistic initiative that unites participants to study and preserve cultural heritage in the context of ideological shifts. The initiative has implemented several projects, which set out to study the processes of “decommunization” in different regions of Ukraine.