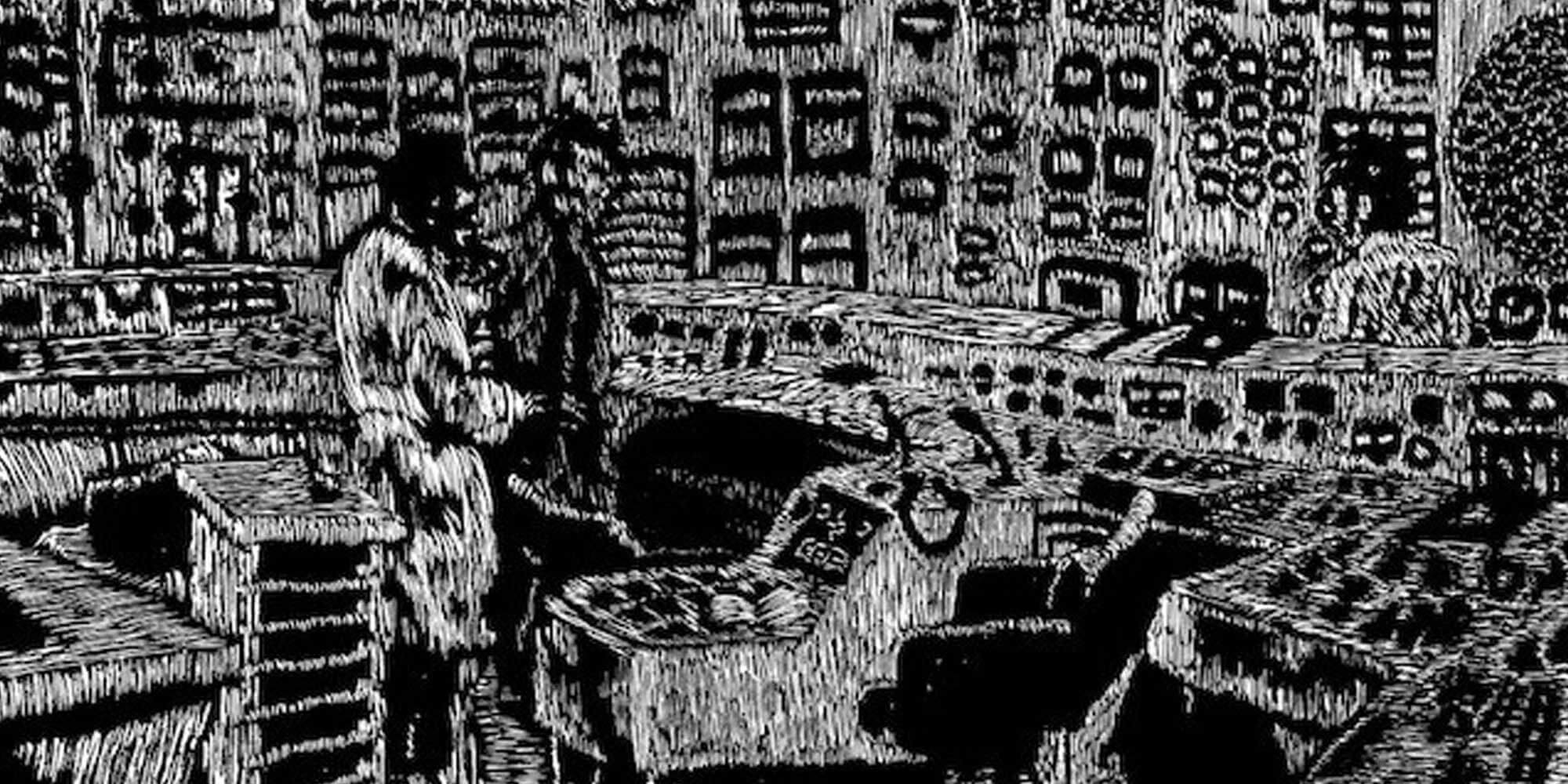 171 is a stop-motion film that celebrates the partnership between image and sound with a total of 746 graphics. The mezzotint technique was used to etch 621 of the pictures, while the other 125 were drawn with pencil, ink, and gouache.

The film’s objective is to illustrate the process of interpreting what is perceived auditorily and to stimulate the viewer’s own imagination. Observations show that the classification of perceived sounds varies from person to person. This work aims to facilitate the recognition of the connection between sound and image and to gain a better understanding of it.

The film is also a criticism of human hubris and aims at drawing attention to modern-day problems such as pollution, the exploitation of raw materials, and the unsolved question of supplying sufficient energy in the future. A nuclear reactor accident caused by recklessness is shown. The story turns out to be the visual interpretation of a young man who is listening to a rhythm.

The title refers on the one hand to this rhythm’s number of beats per minute in 5/4 time—171—and on the other to Section 171 of the Austrian Criminal Code, which states that deliberately causing danger to life or health through the release of nuclear energy or other ionizing radiation is a criminal offense.

Fabian Wenzelhumer (*2003) attends the HBLA für künstlerische Gestaltung in Linz (2017–2022). His goal is to make artistic creation his career. To this end, he would like to study art. His primary artistic focus is on graphics, painting, and sculpture. Occasionally he also realizes his ideas through films and music. His great passions are hiking, mountain climbing, and record collecting. But he also has a weakness for lame jokes and puns as well as for bell-bottoms and other “funky” fashion.