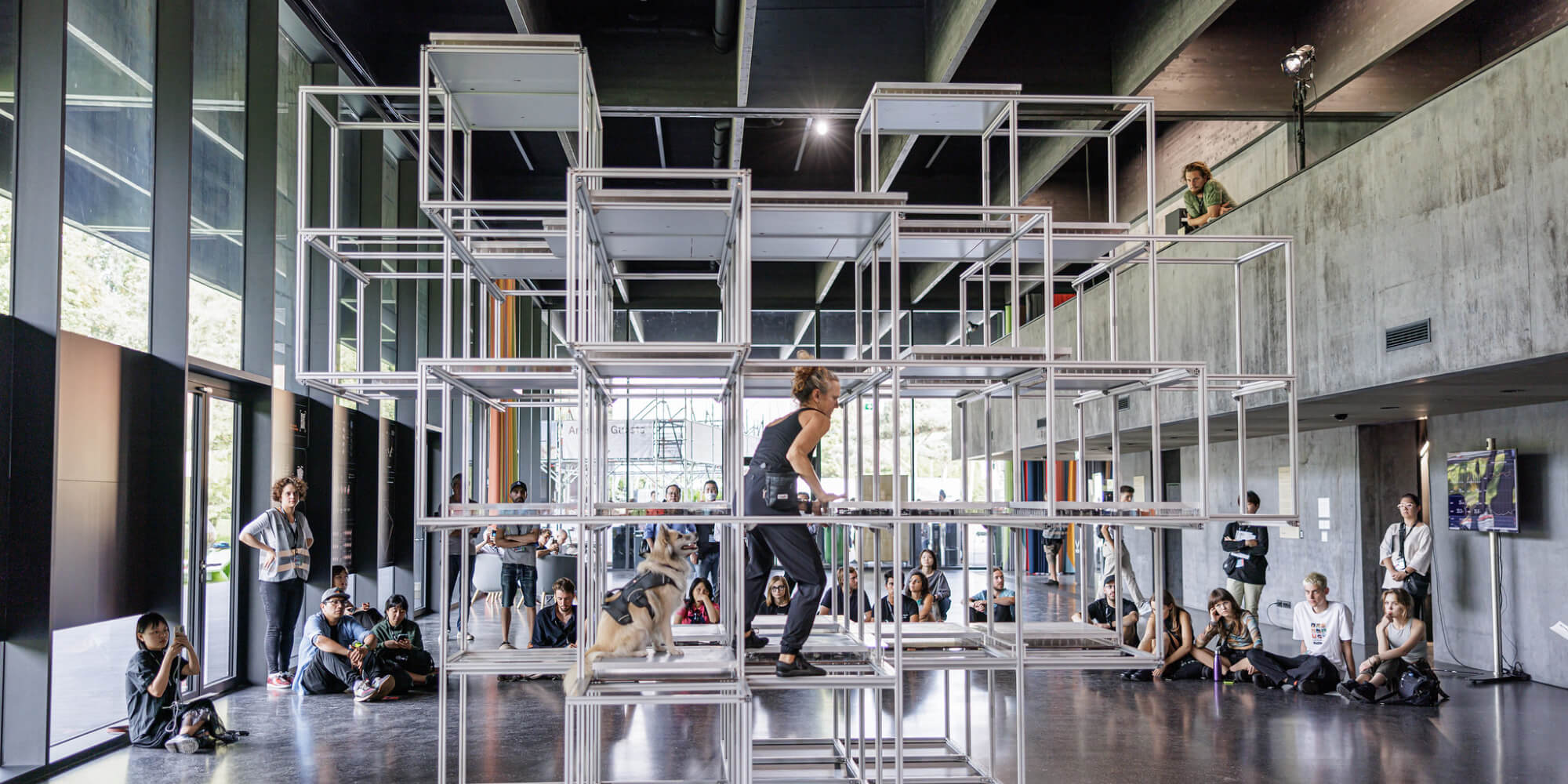 !brute_force is an umbrella title for an ongoing research platform interrogating the premise that humans and nonhumans are no longer embedded in a dualist frame, but are instead levelled within the global infrastructure of the market economy and the techno-capitalist commodification of life.

The work is set up as a grid where a human and a dog climb through a landscape of tiles, while their physiological data is captured and classiﬁed by an AI. By means of a generative procedure, gathered data has been translated into structural mesh patterns embedded in soft robotic morphologies. The robots enact the performativity of an evolutionary algorithm that transduces data into vectors and generates new deviations by applying a method for continually introducing as much difference into the system as possible. Through an extension of mutant values, the data eventually becomes an independent entity, pushing the soft robots towards the transformative potential of the algorithmic unknown. 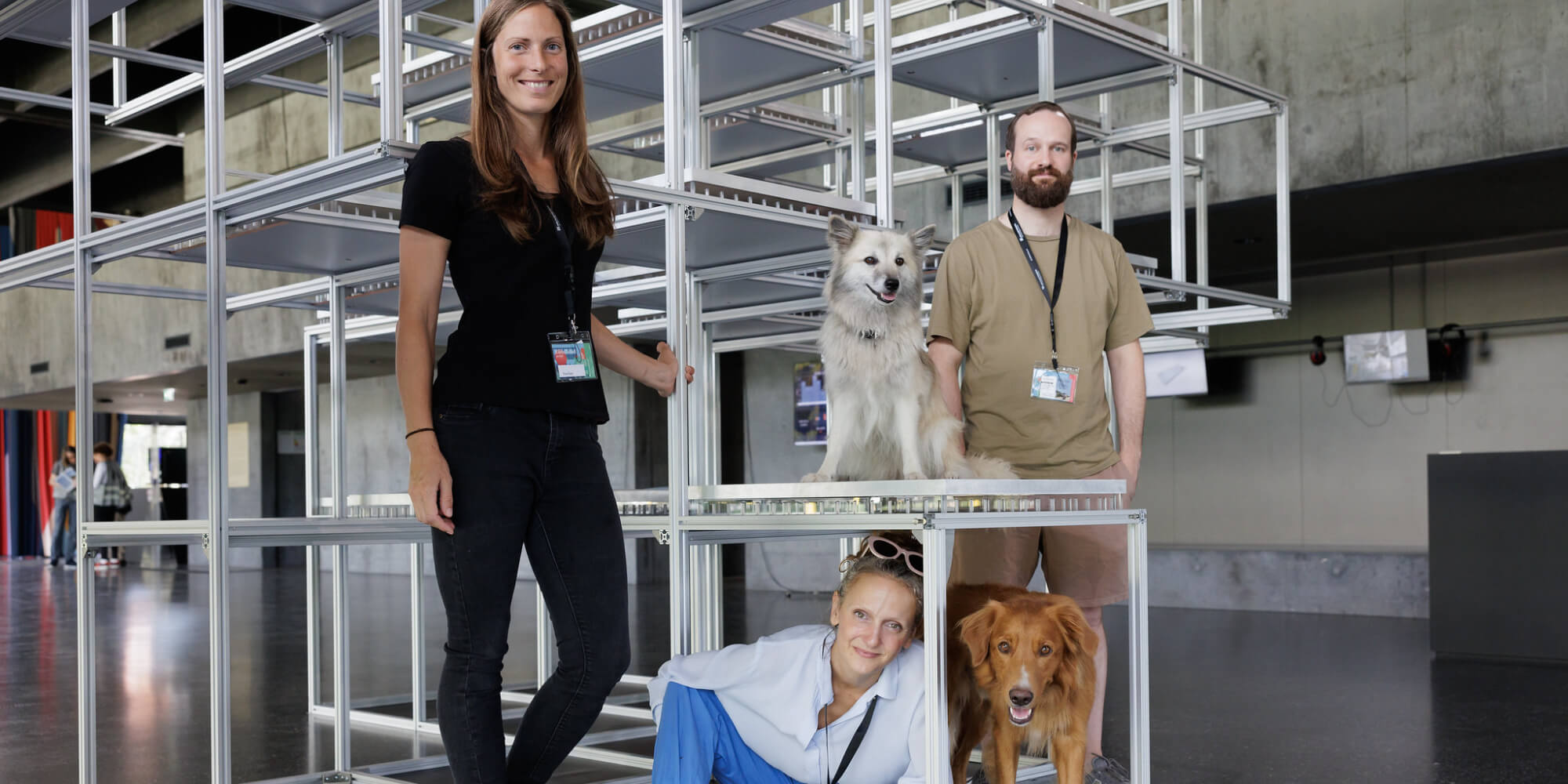 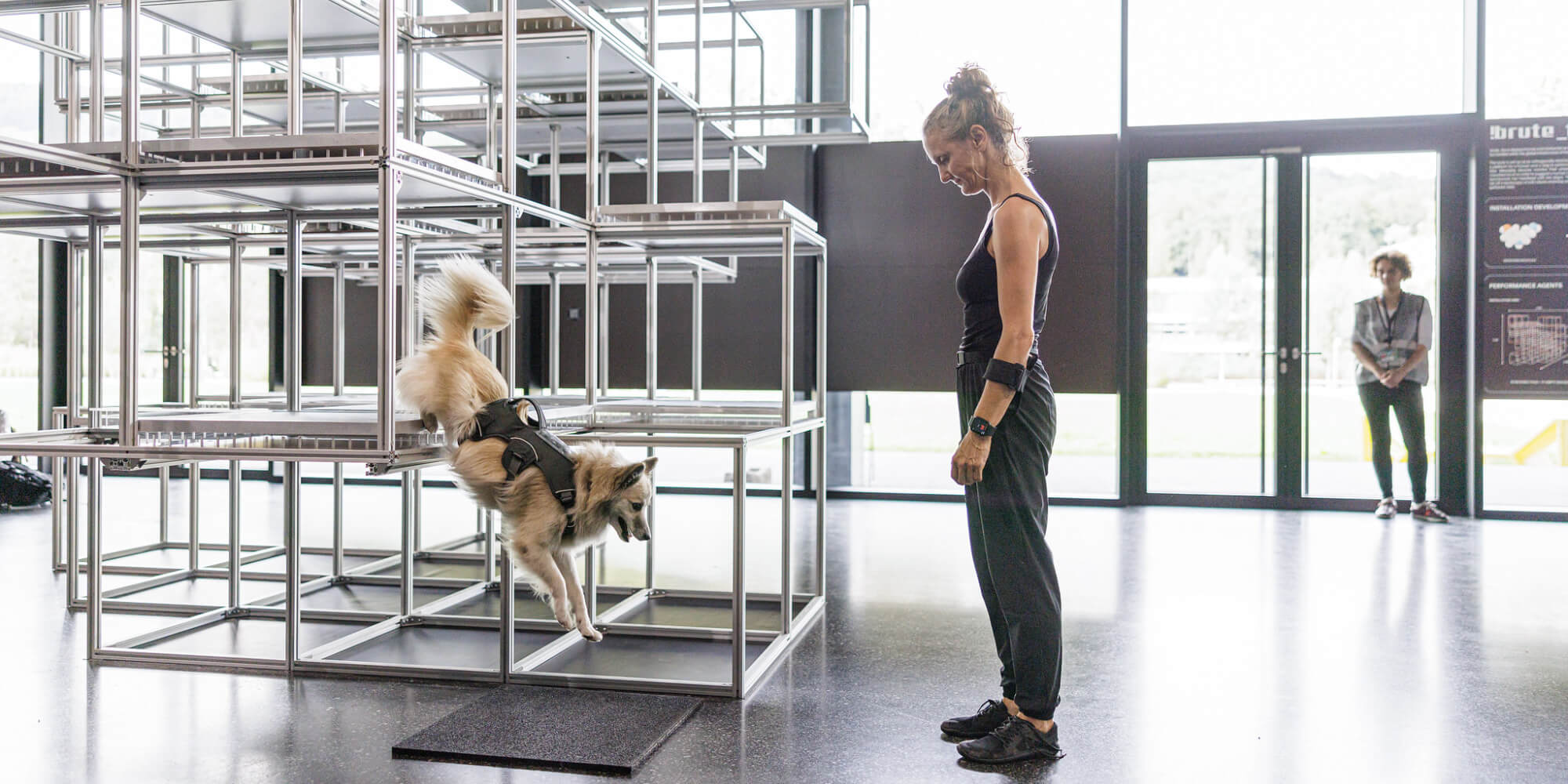 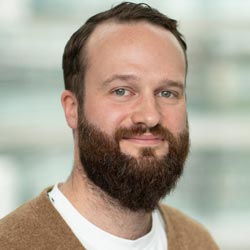 Jonas Jørgensen is an artist and researcher based in Copenhagen (DK). His practice and interests span the fields of robotic art, technical soft robotics research, human-robot interaction, and media art histories. Jonas’ collaborative media art projects have been exhibited widely at institutions including Chronus Art Center, Science Gallery Dublin, BOZAR, Forum Box, Kunsthal Grenland, Nikolaj Kunsthal, Centre for Contemporary Art Laznia, and Cluj Cultural Centre. He currently holds a position as Assistant Professor at the Center for Soft Robotics at the Biorobotics section of the University of Southern Denmark.

Smrekar’s work combines practice-based artistic research exploring the potentials of current technologically and scientifically rooted processes and materials. She has been using her artistic voice to speak on ecofeminism, inter-species relationships, posthumanism, and many radical worlds in society. Her practice has allowed her to lead strong collaborations in developing productions that include cross-conceptual staging of hybrid art, performance, installations, site-specific art, performative photography, drawing and video as well as contributions to knowledge exchanged within lectures, talks and texts. Smrekar was the recipient of the Prix Ars Electronica Golden Nica 2017 in the Hybrid Arts Category (Linz/Austria) and Prešeren Foundation Award 2018, the highest award of the Republic of Slovenia (Ljubljana/Slovenia). In 2020 and 2021, she was the Science Breakthrough of the Year finalist within the Science in the Arts category of the Falling Walls Foundation/Berlin Science Week (Germany).

The project is supported by:
The first in the series of projects (2019- 2020) under the title !brute_force: Feeding the Algorithm was executed by Maja Smrekar and produced by Quo Artis Foundation (ES), co-produced by Kapelica Gallery/Kersnikova Institute (SI), The Culture Yard/CLICK Festival (DK). The project was part of the European ARTificial Intelligence Lab and was supported by the Creative Europe Program of the European Union, Ministry of Culture of the Republic of Slovenia (SI), Municipality of Ljubljana – Department for Culture (SI), Danish Art Council (DK).

The soft robotic tile prototype (2020–2021) was realized in co-authorship between Maja Smrekar and Jonas Jørgensen within the framework of the STUDIOTOPIA program at Ars Electronica Linz GmbH & Co KG (A) with support of the Creative Europe Culture Program of the European Union in collaboration with Center for Soft Robotics, SDU Biorobotics, The Maersk Mc-Kinney Moller Institute, University of Southern Denmark (DK)

The final robotic performance installation (2022) was realized in co-authorship between Maja Smrekar and Jonas Jørgensen and produced by PiNA Association (SI); co-produced by TROP — Institute for artistic research (SI) in collaboration with Center for Soft Robotics, SDU Biorobotics, The Maersk Mc-Kinney Moller Institute, University of Southern Denmark (DK) and RPS Company (SI). Funded by the Ministry of Culture of the Republic of Slovenia (SI).

Thanks to
RPS Company, Ljubljana (SI)

STUDIOTOPIA is co-funded by the Creative Europe Programme of the European Union. 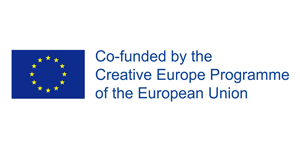 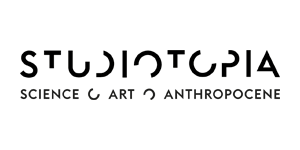 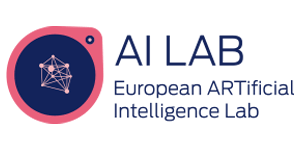 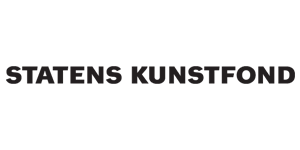 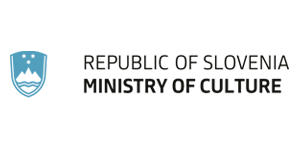 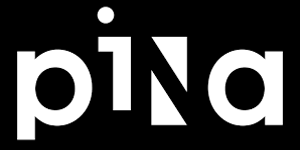 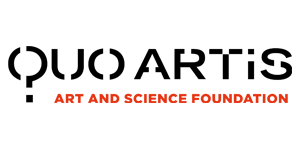 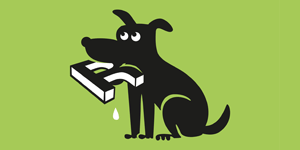 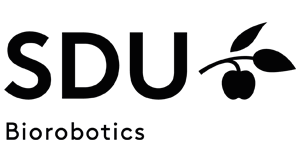 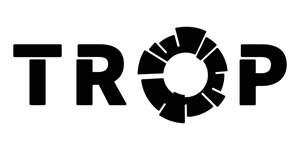