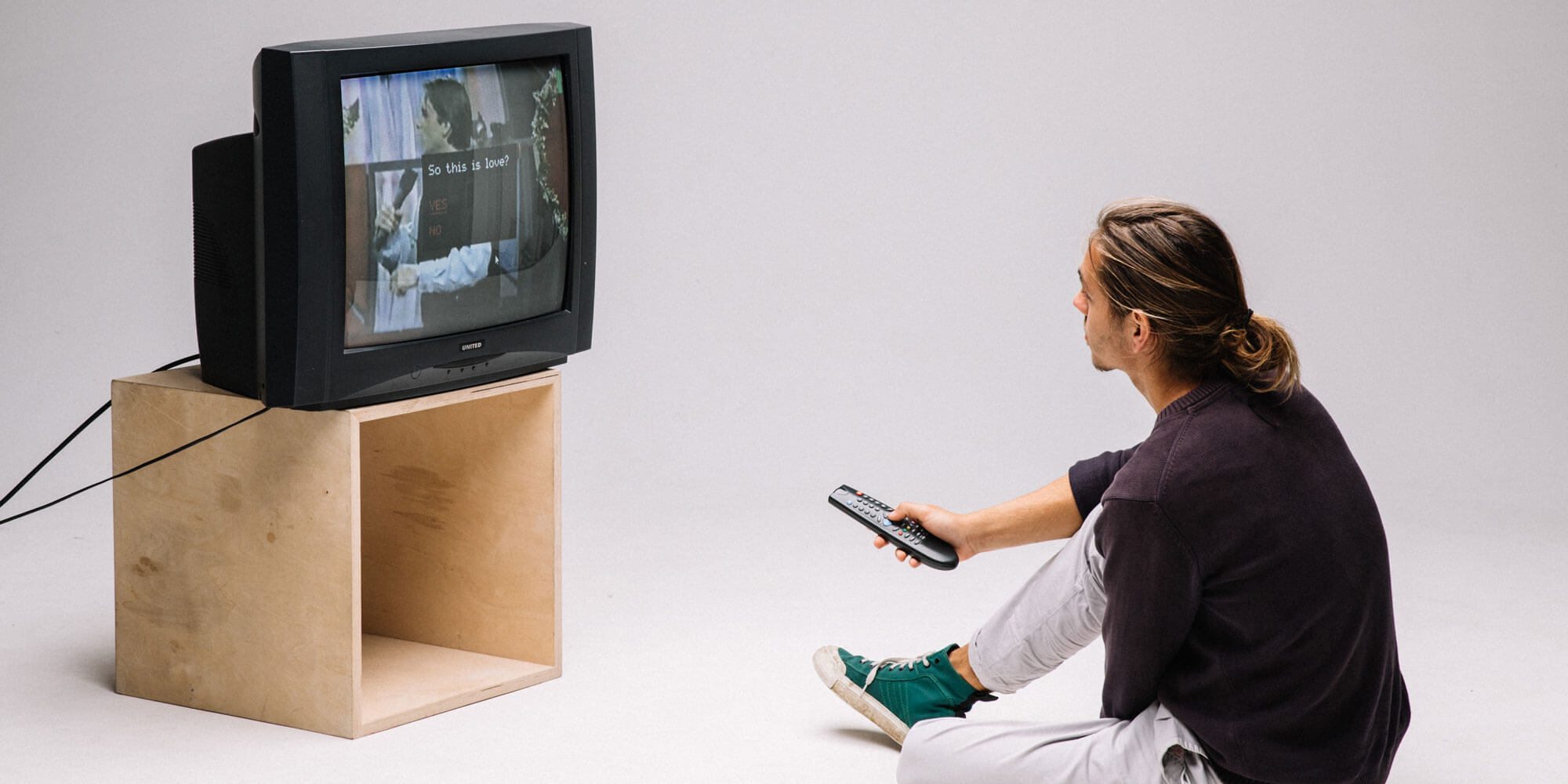 Das Ding (The Thing) is an experience that makes an old, forgotten CRT television the center of attention. It triggers feelings of either regret, friendship or being manipulated in both the user and the TV itself. The goal is to fulfill its original purpose: Das Ding wants to be watched. How would you answer if a television asked you a question? What about when it talks about its memories? About its feelings? About you? Consider your answers carefully, because Das Ding will draw its own conclusion.

Margarita is a communication design student at the University of Applied Sciences Berlin. Active in many theatre projects at school, she gained much experience in acting, directing and storytelling. From this developed her passion for unique story-telling and in-depth exploration of social issues.
Jonas Peschel is a freelance photographer, videographer and communication designer from Berlin. With a background in advertising and image film production, he specializes in conceptualization, prototyping and production. He manages the balancing act between minimalism and practicality to develop visual solutions that inform and persuade.
Constantin Ruchay is a communication design student at HTW Berlin. Originally from a small town near Hamburg, he discovered his love of designing things at an early age. During his studies at HTW Berlin, his interest grew in creative coding, exhibition design and digital 3D modelling.
Tickets
Programm
Locations