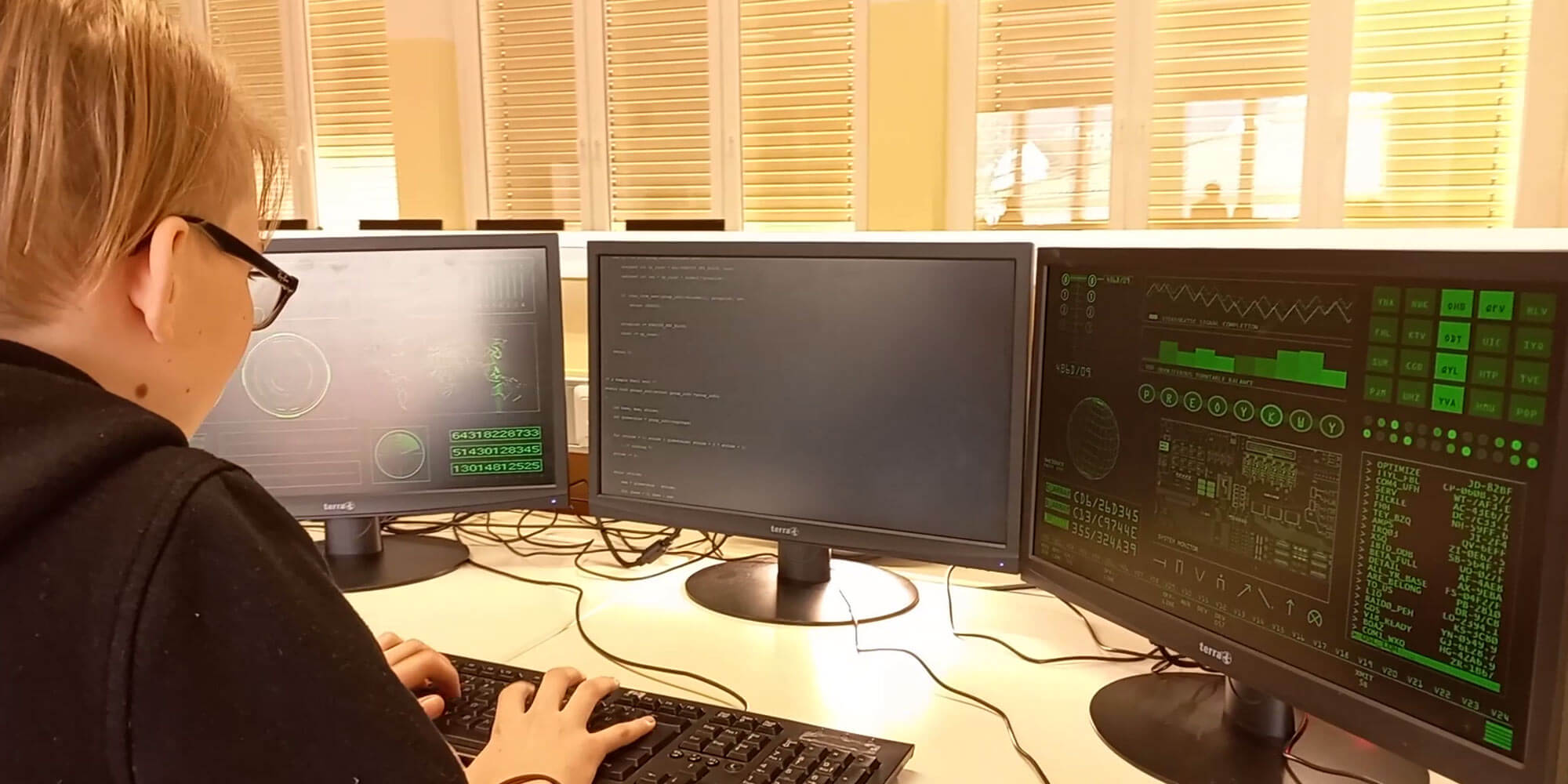 Young Creatives u14  Award of Distinction

During their math and physics classes, the students of the third upper grades at MS Frohnleiten and their teachers talked about promising technologies and were particularly fascinated by the subject of artificial intelligence. This led to animated discussions, and the students contributed their ideas regarding the use of artificial intelligence in the future. The group with video editing as their elective subject adopted one of these ideas and produced a video based on it.

They are all more than satisfied with the results and would like to present the work to you now. The filming was done with the kids’ mobile phones. Various video editing programs (Shotcut, iPad apps, Premiere Pro) were used to process the raw material and add sound. A few noises and tones were recorded with the phones and added later. Additionally, various apps for producing a background picture for mobile phones were tested and applied, and a remote-control car was borrowed from a teacher. Another teacher allowed us to use his personal vehicle for the final scenes, and the remaining material (tools, computers, etc.) is the school’s own property.

Annalena Wieser, Sarah Crnkic, Robin-Welat Kurt, Thomas Karl Sorger, Franz Jaritz, Christoph Wallner, Victoria Wiedner, Luis Strassegger, Maximilian Rauchegger, Dominik Wieser, Vanessa Ferstl, Georg Auer, and Aisha Lang are all students at MS Frohnleiten and are interested in filmmaking and video editing. In the third grade they have the opportunity to take video editing as an elective subject. This year’s group was extremely motivated. While one student found his passion in acting, another demonstrated her skill in video editing or filming individual scenes. The group worked very well together and were always willing to give up their own free time to work on the project.

With support from Markus Lippe