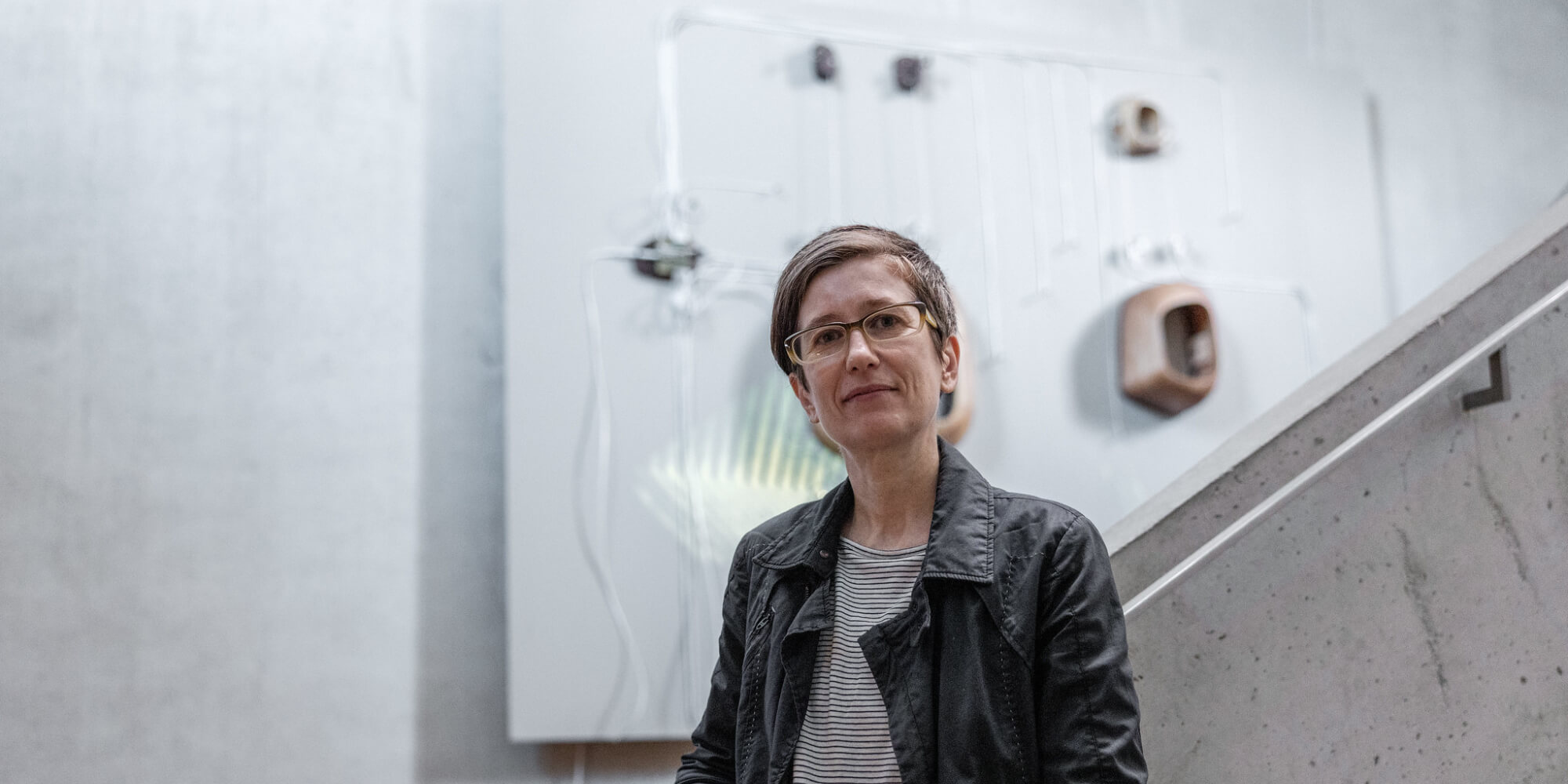 int.: time slip is an architectural lullaby. Two wall-mounted instruments react to light and vibrate the space itself with the sounds produced by bass and guitar strings. In the last few years, the few rooms that most of us can call home had to perform many new roles. Safe haven, shelter, protective bubble, sanitized respite, the structural components that make a home now had to embody other types of expectations and interactions. The projection that functions as a score will be made from video and time-lapse footage of sunlight patterns from windows/blinds on walls. As the light shapes travel and animate across the wall, they pass over the light sensors activating the different strings/notes from the instruments. The images in the videos seem familiar and comforting, but they can also be disrupted by glitches. Or they themselves look glitchy, behaving in unexpected ways. Six DC motors outfitted with felt plucks vibrate six instrument strings in response to the light patterns. 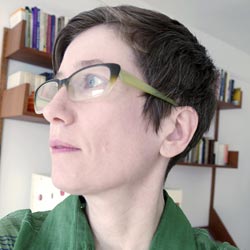 Thessia Machado is a visual/sound artist, instrument builder and performer whose work plumbs the materiality of sound and its effect on our shifting perceptions of space. She creates circumstances in which to mine the matter of her pieces for their innate physical properties and the sonic and visual relationships that can arise from their interactions. Electronics are usually involved.
Tickets
Programm
Locations